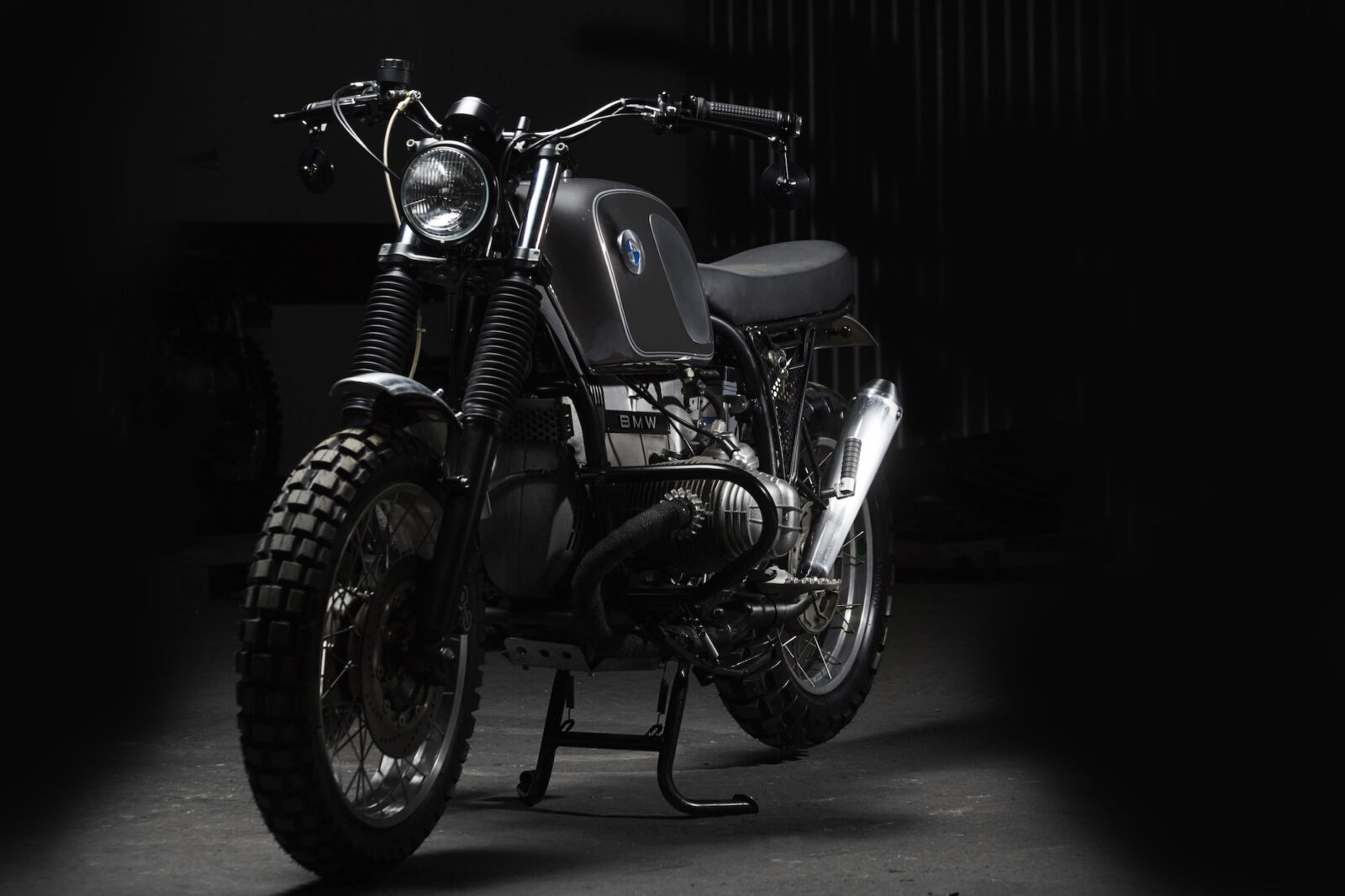 The BMW R100R was released in 1991 as a retro-styled model that harked back to the golden age of the BMW boxer twin, commonly known as the “Airheads” because the engine’s heads are out in the air for optimal cooling.

In some respects the R100R represented all of the development time that BMW had invested into its preferred engine type. After BMW’s first flat twin was released in 1923, cradled in the frame of the R32, the German manufacturer devoted more time, effort, and money into the development of the horizontally opposed twin than the rest of the motorcycle manufacturing world combined.

It’s not hard to see why the engineers at BMW Motorrad liked their Boxer engines. They got the heads and cylinders out into the clean airflow, and as a result, engines didn’t suffer uneven cooling like some other twin cylinder motorcycle engines – like transversely mounted V-twins.

BMW typically couple the Boxer twin to a transmission that shares the engine’s case, and final drive is usually an enclosed shaft to the rear wheel. A pair of rear-mounted Bing constant depression carburettors feed air and fuel into each cylinder, and a pair of front-mounted pipes that curve back around to their respective mufflers. 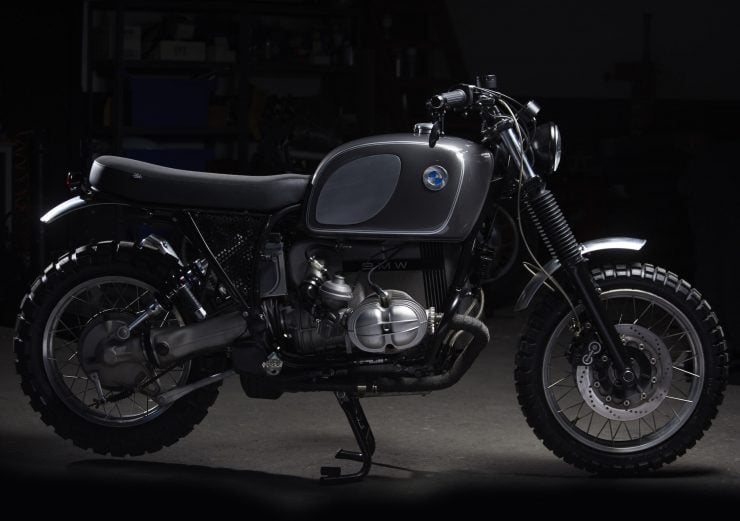 With the design of the R100R, the engineers at BMW Motorrad went over their extensive back catalogue and created a two-wheeled greatest hits album. They opted to use the classically styled heads paired with a set of traditional Bing carburettors, a generously proportioned 24 litre fuel tank, a comfortable seat for touring, and a matching set of front and rear Showa suspension. The model was well suited to long distance touring – particularly on the Autobahn where its 980cc, 60hp engine could stretch its legs a little.

Over the course of its 1991 to 1996 production run, BMW sold 20,589 examples of the R100R, and thanks to their relative youth and solid build quality many of them are still on the road.

In recent years we’ve seen a surge in popularity around classic Airheads, particularly among custom bike builders. Models like the BMW R100R offer modern levels of reliability and power, with classic looks and general mechanical simplicity that allows tinkerers to work on them at home with hand tools.

The build you see here is the work of Fuel Motorcycles based out of Barcelona, it was commissioned by a French client called Rodolphe who wanted a solid BMW scrambler that wasn’t overly colourful or flashy. They began with a teardown and an inspection of parts, the original fuel tank, seat, side covers, airbox, gauges, lights, blinkers, and more was discarded – and then the build process began.

A large BMW R75/5 was sourced and paired with a new scrambler-style seat, a BMW R75 airbox was added to give the engine more of a classic look, and the overall sense of minimalism was achieved by fitting grips, indicators, mirrors, switches, and a speedometer from Motogadget. A pair of new aluminium fenders were shaped and fitted, with a matching pair of chunky Continental TKC 80 tires, and a new Hagon monoshock on the rear. The front springs were removed and replaced with a more modern pair of progressively wound springs to further improve handling.

The completed bike has a timeless feel to it that’ll still look fantastic in another 20 years, and thanks to its modern additions it’ll be more than capable of running with far more modern bikes. If you’d like to see more from Fuel Motorcycles you can click here to visit their website. 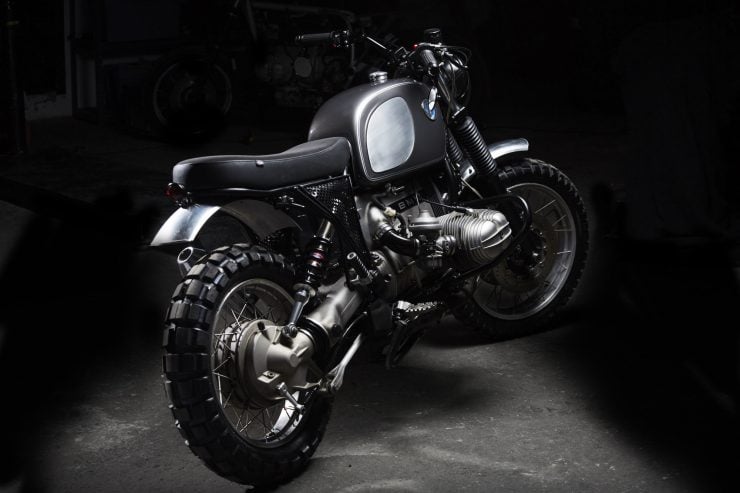 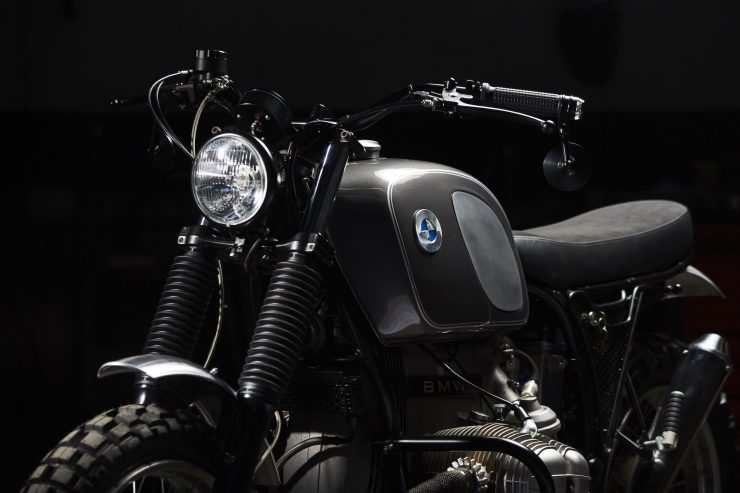 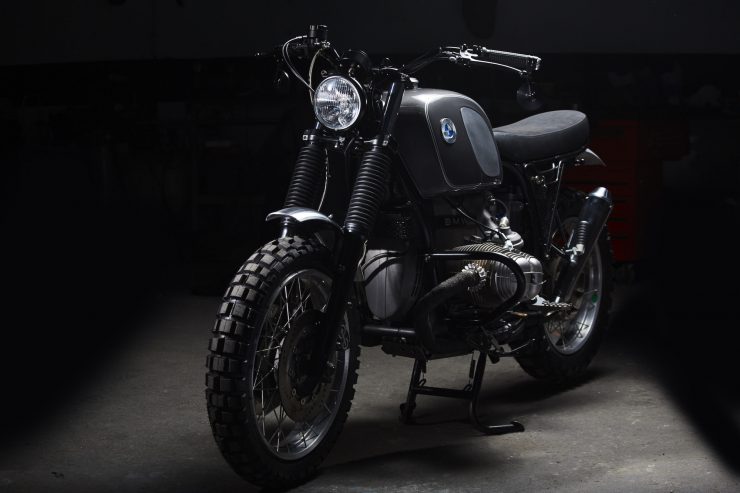 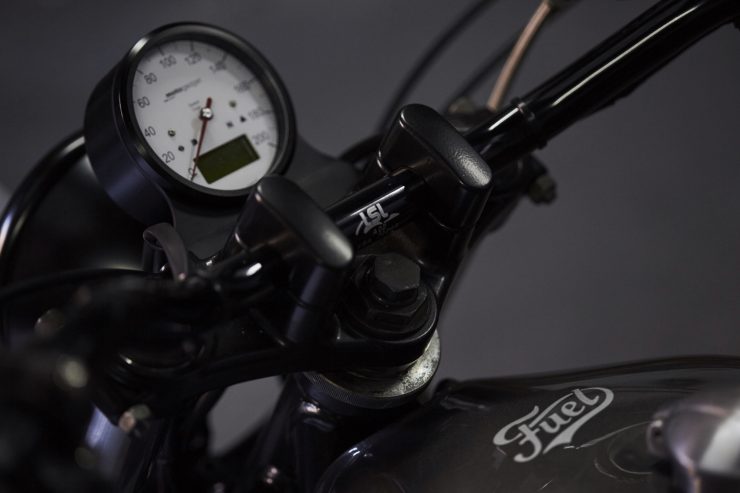 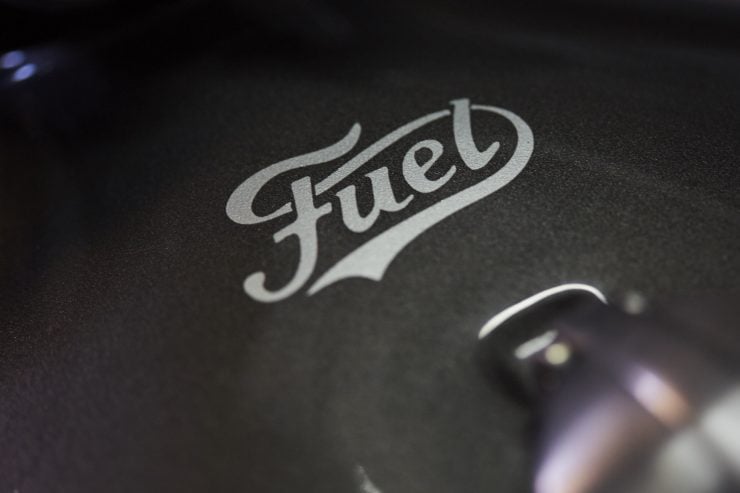 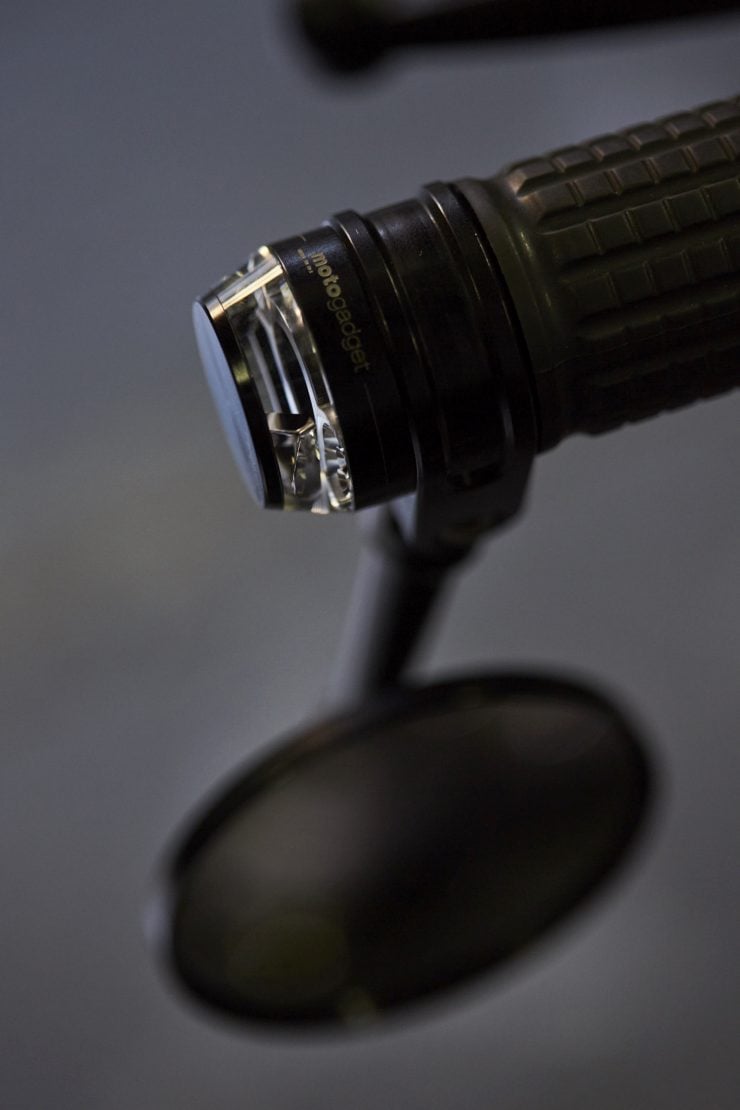 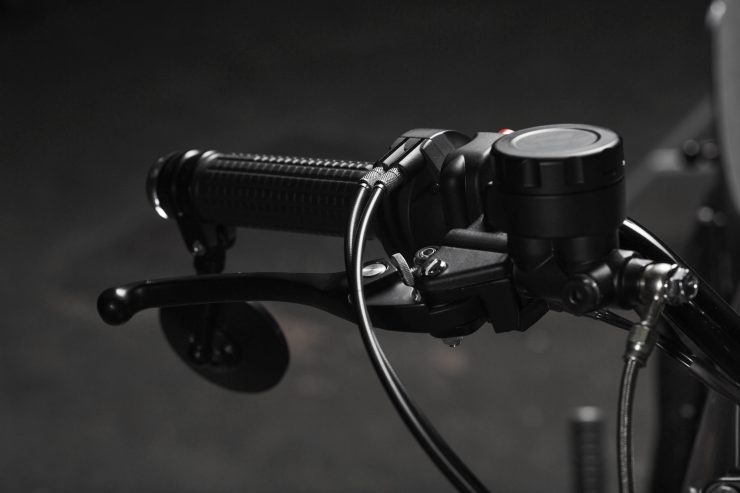 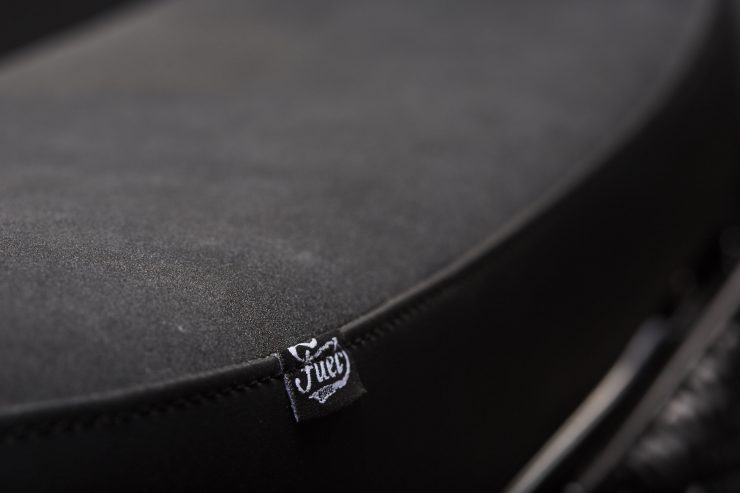 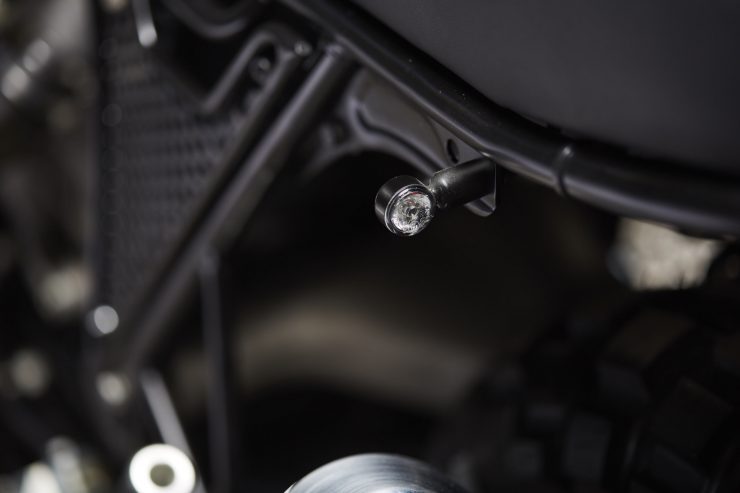 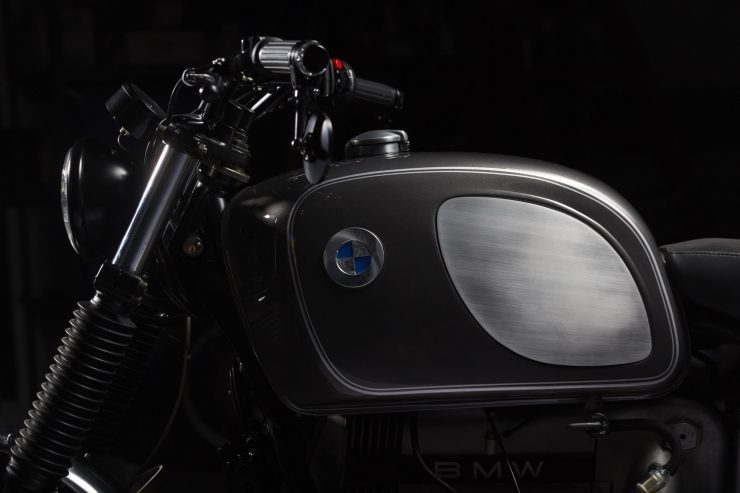 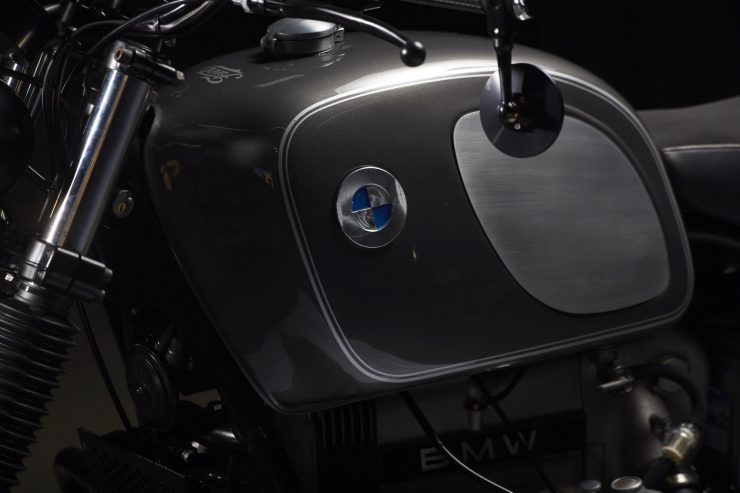 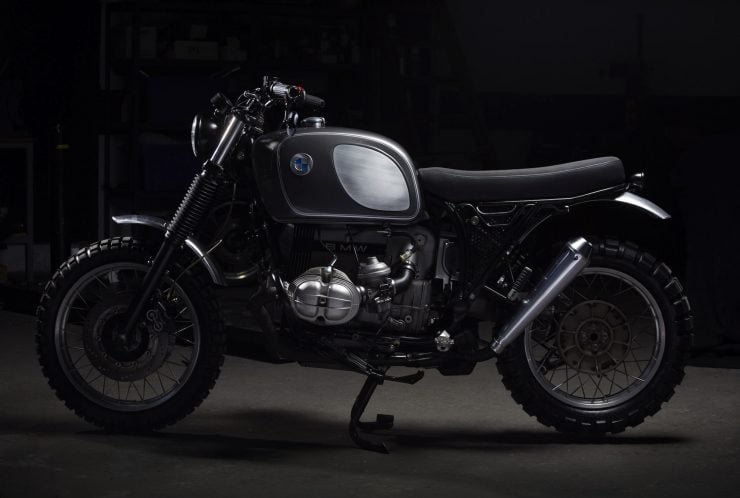 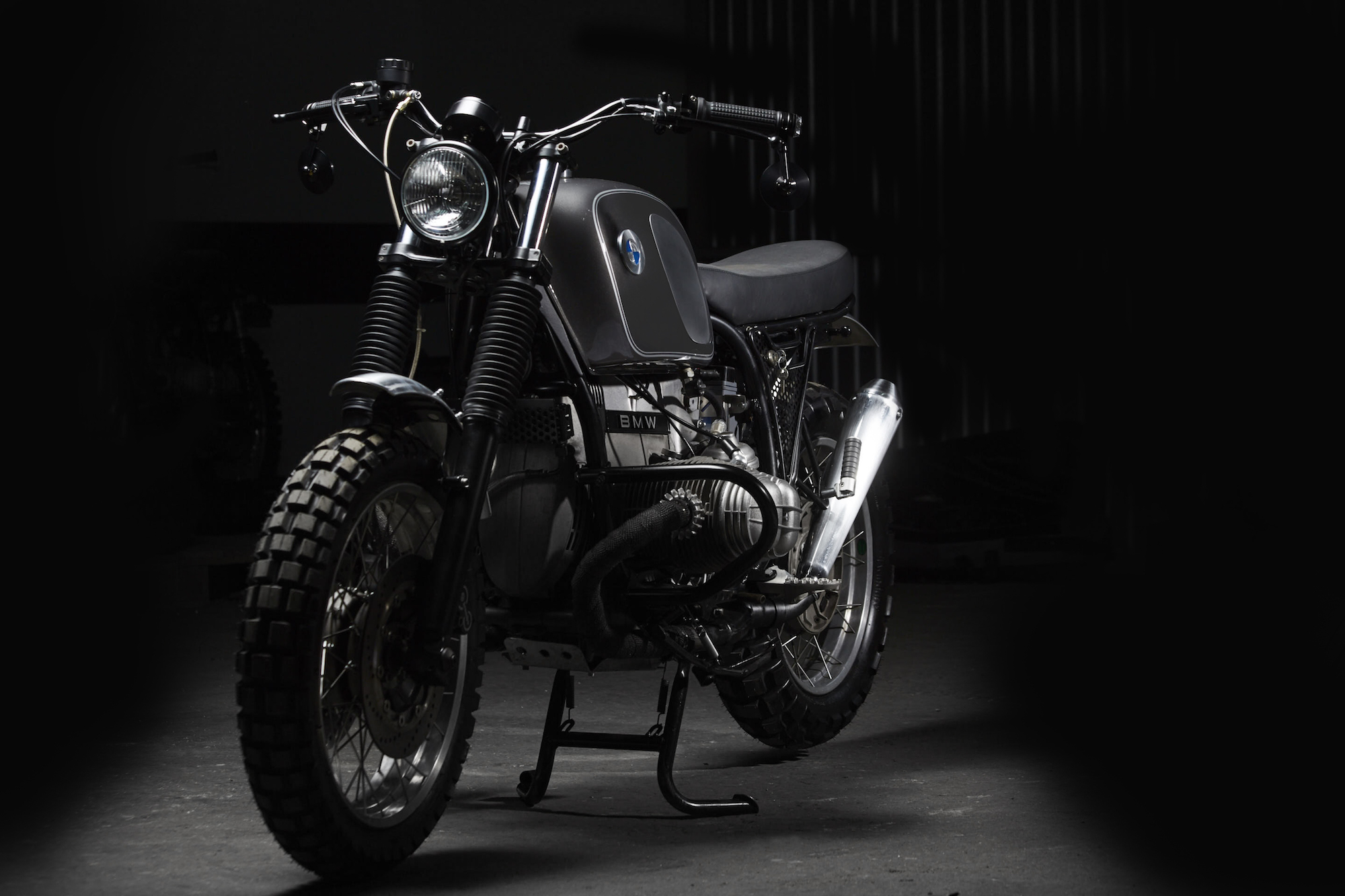