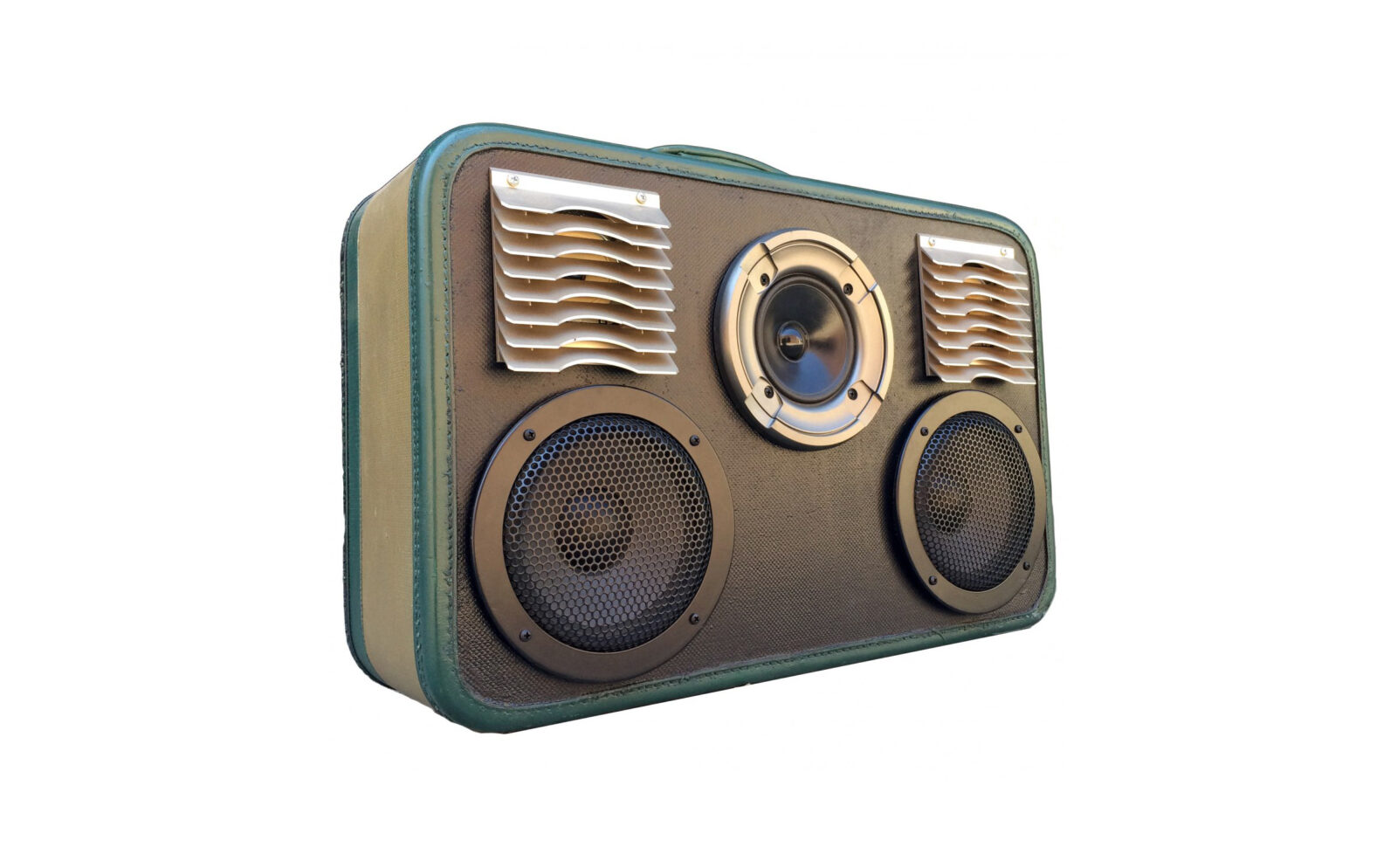 BoomCase have made a name for themselves building the most famous vintage suitcase boombox stereos in the world. Each one has a built-in, rechargeable lithium-ion battery offering upwards of 18 hours playing time, and they can be ordered with a Bluetooth module (to complement the included aux/headphone jack) so you can stream wirelessly.

The BoomCase you see here was designed by artist Paris Morece III, it has a built-in 200 Watt amplifier, 2 x 8″ woofers, 1 x mid-range speaker, 2 x vintage tweeters, and a frequency response of 50hz – 21,000hz.

This BoomCase measures in at 21″ x 14″ x 8″, with a total weight of 18 lbs, and all have built-in batteries, and they come with a battery charger and an audio cable.

On ordering you can choose to have the team install additional extras like a shoulder strap, a bottle opener, Bluetooth, or a manual volume knob (owners typically just use the volume on their device for this).

The team at BoomCase have over 40 combined years of building high-end stereos, and every case is rigorously tested for 2+ days to audiophile sound quality standards before shipping out. 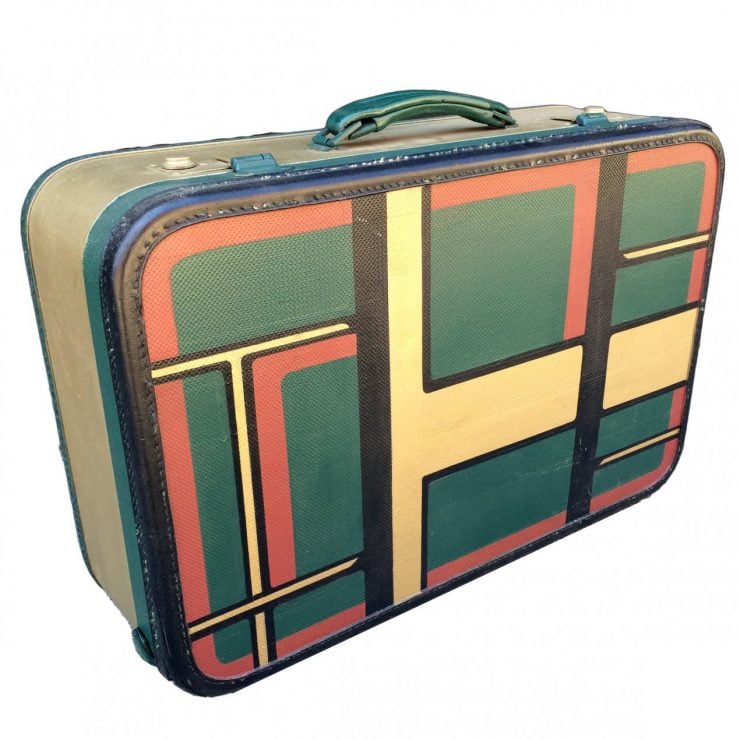