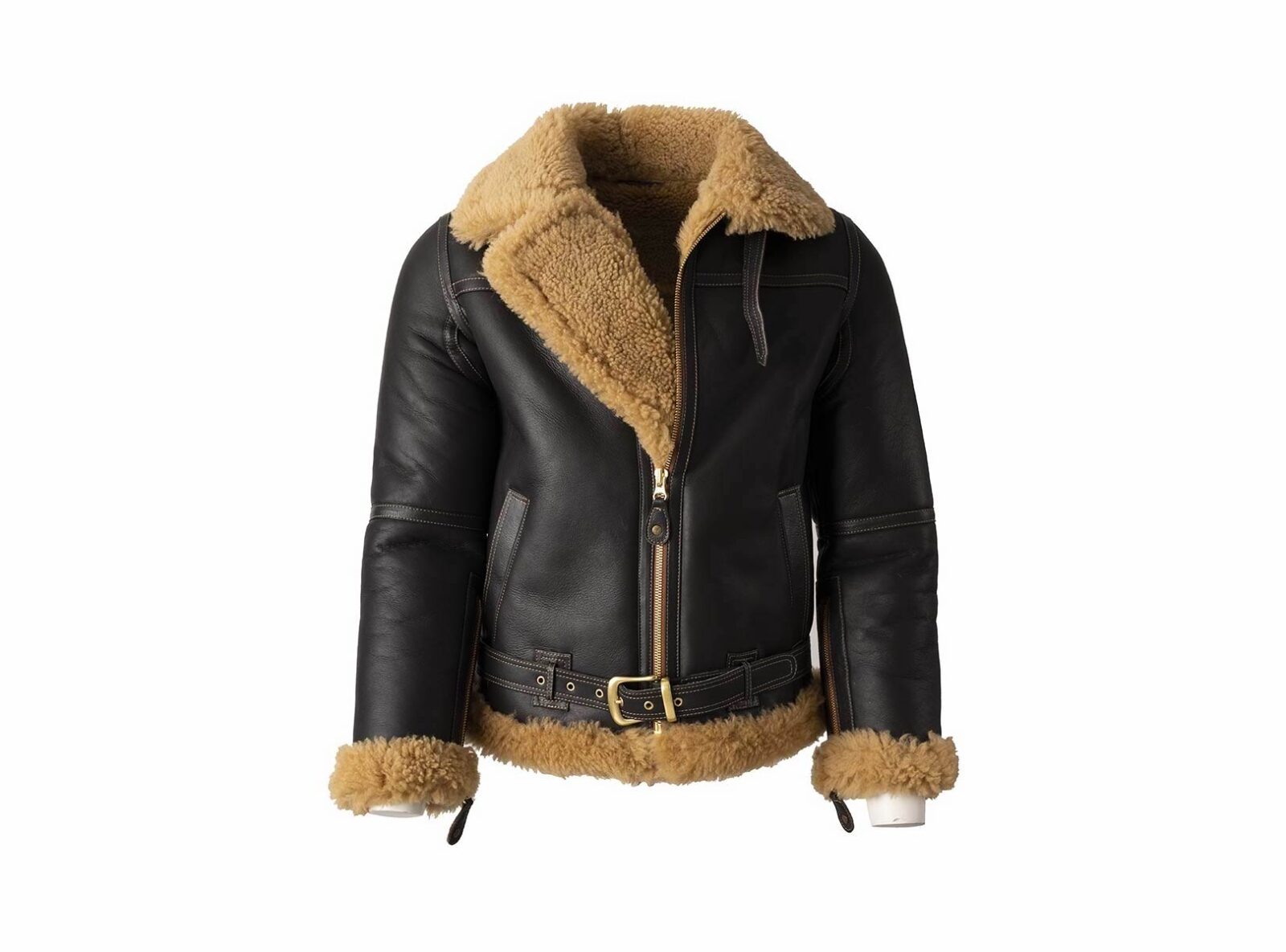 This is the “Battle Of Britain” 1940 RAF sheepskin flying jacket by Goldtop, each is made to exacting standards based on the original design used by British airmen during the war, and they have 100% British sheepskin construction.

As aircraft became capable of flying at higher and higher altitudes it quickly became apparent that pilots and aircrew were ill-prepared for the exceedingly low temperatures experienced at cruising altitudes, where the mercury can drop below -40ºC (-40ºF).

The airforces of different nations came up with different solutions for this problem, the most memorable is almost certainly the iconic sheepskin jackets used by RAF and some other Allied flight crews.

These sheepskin jackets were typically paired with a matching pair of sheepskin trousers, and it would be worn over the airman’s standard uniform. Despite the relative simplicity of their construction the jackets and pants were worth their weight in gold for the formerly freezing flight crews, and the jackets in particular became style zeitgeists of the era. 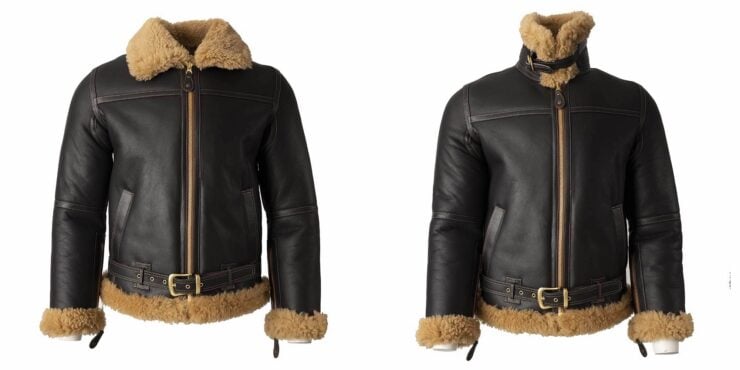 The collar has a hidden strap that allows you to affix the collar up around your neck to stay warm, no matter what you’re piloting.

These RAF sheepskin jackets remain very popular today, particularly with pilots though drivers of classic cars and riders of vintage motorcycles also prize them for their warmth and for their period-correct look.

British company Goldtop originally started out producing equestrian-wear, they naturally diversified into motorcycle wear in the post-WWII era and they became the de facto choice for generations of cafe racers from the 1950s through to the 1980s.

Each “Battle Of Britain” is handmade with 100% British sheepskin that has been dyed in a classic light tan color. It has solid brass buckles, fittings, and clasps throughout for longevity, and it has a double thickness belt, collar strap, and zip pulls.

The jacket also has a belt around the waist to ensure that you can tighten or loosen it to get a tailored fit. Sizes from 36 up to 50 are available and there’s a size guide to help you get the right fit first time. Each jacket costs £499, which is excellent value considering the fact that some other manufacturers charge close to £1,000 for similar jackets. 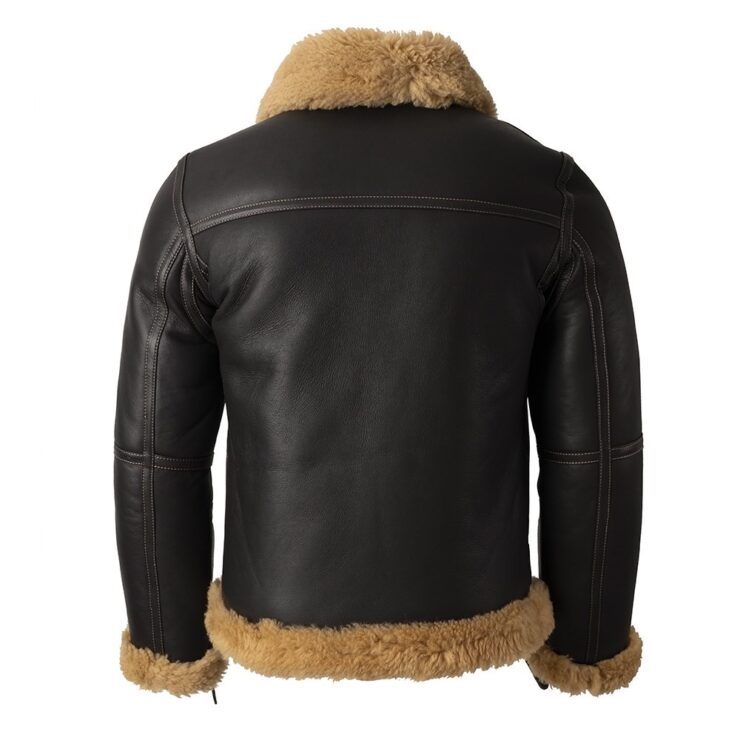