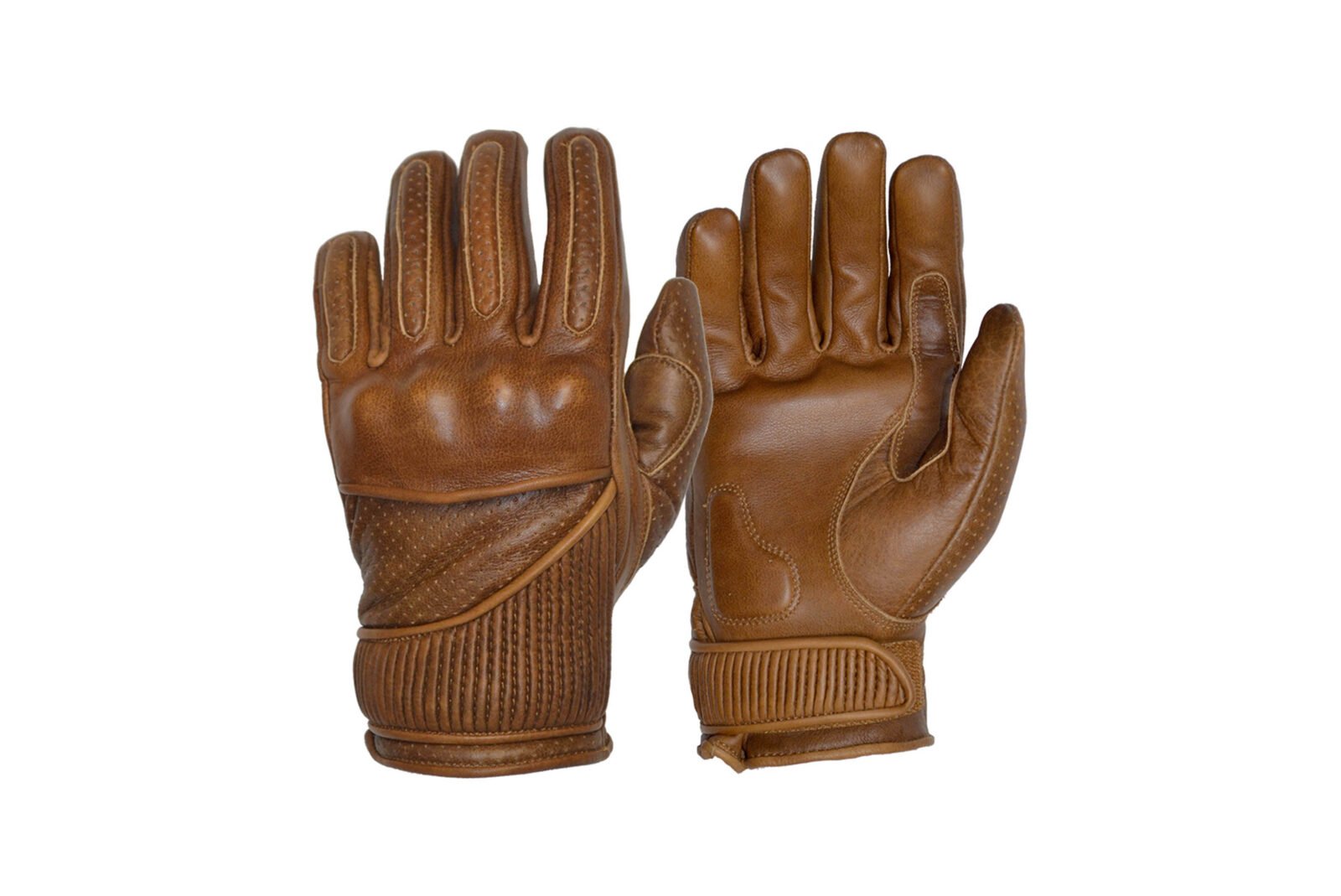 Goldtop was founded in 1951 and quickly grew to become one of Britain’s leading motorcycle gear manufacturers, many of the original ton up boys of the late 1950s and ’60s wore Goldtop gear while riding their cafe racers, and the company has supplied both the British Motorcycle Police Force and the Household Cavalry over the years.

As with all Goldtop gear, the Goldtop Viceroy gloves are based on traditional ’50s and ’60s era designs that have been subtly upgraded to offer more modern materials and safety. Each pair is made from a single high-quality 1mm thick aniline cowhide, each hide is hand selected by Goldtop leather workers and they refuse to use offcuts or imperfect leather.

The gloves have a double layer in the index finger to thumb area, typically a high-wear region on motorcycle gloves, and they have perforated backs to increase airflow and cooling. 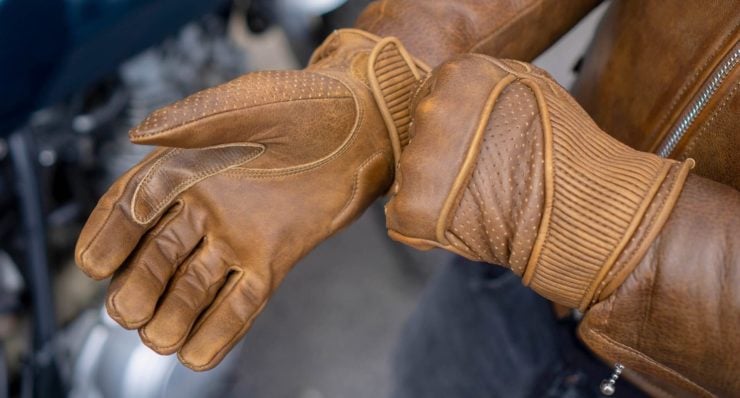 In order to guarantee toughness and longevity Viceroy gloves use five strand cotton thread stitching throughout and they have a heavy-duty wrist Velcro closure to keep them firmly in place. Inside the gloves you’ll find a 100% silk liner on the back of the hand and a traditional unlined leather palm in order to maximise feel on the throttle and levers.

For additional safety the gloves have a floating knuckle protector designed to stay comfortable when your hand is open or closed, and the 1mm thick aniline cowhide leather offers excellent protection against abrasion or tearing.

Goldtop products tends to sell fast as they produce a limited amount in each batch to ensure quality, the Viceroy gloves do still have availability in sizes M, L, and XL, however XXL and S has currently sold out. 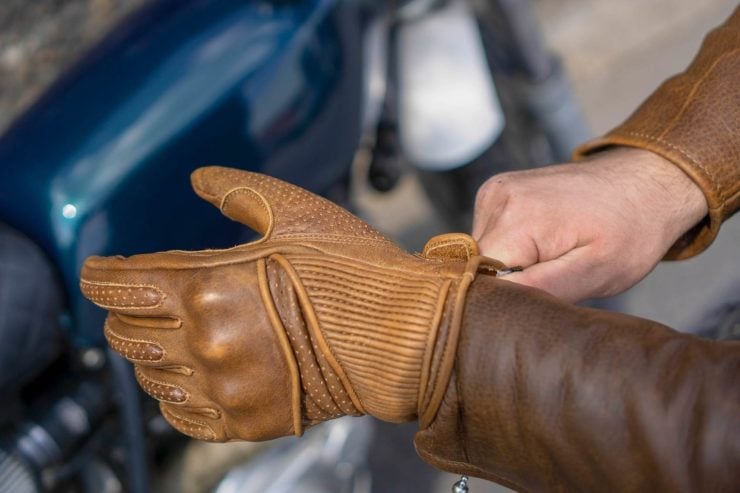