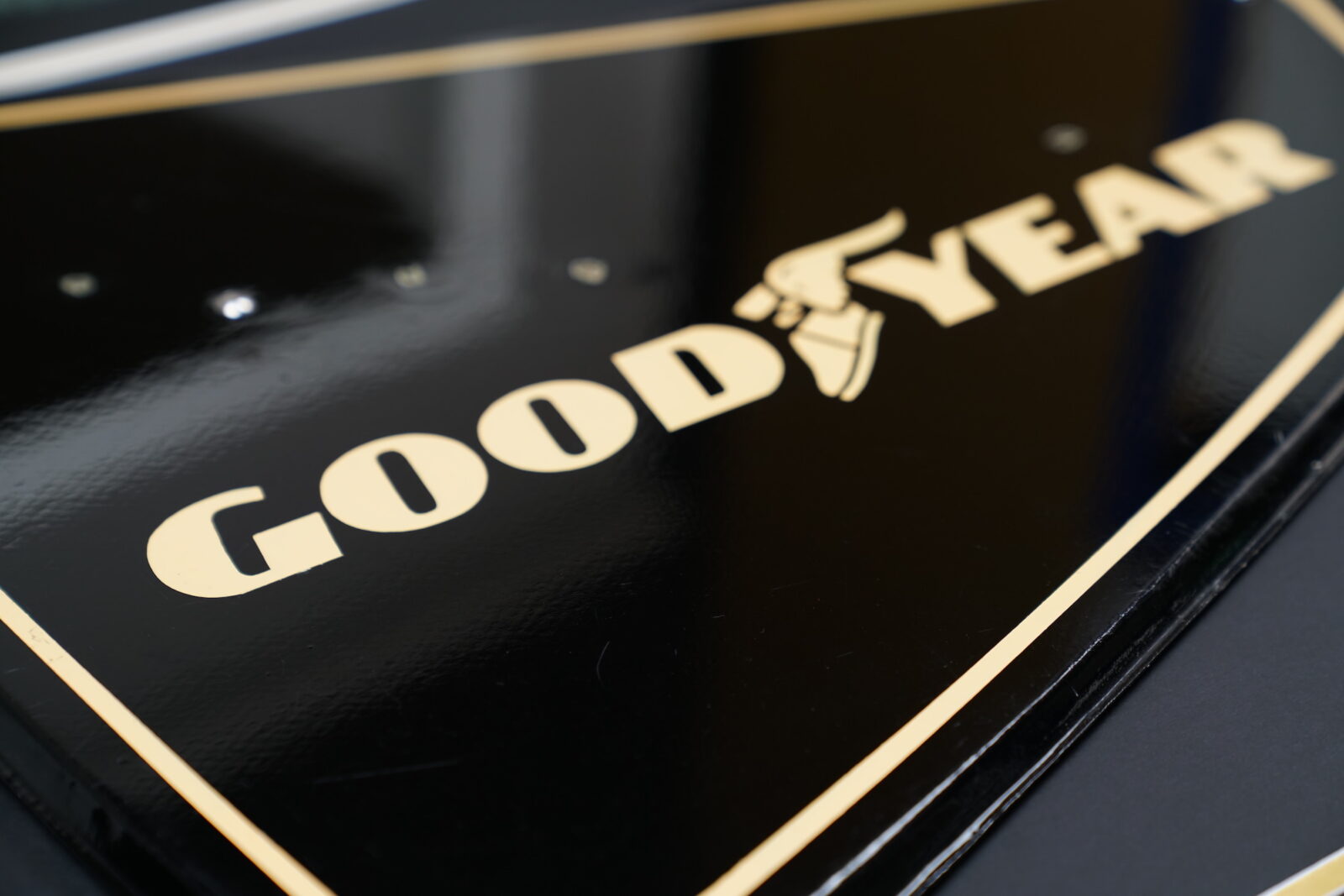 This is an original Ayrton Senna Lotus 97T rear wing endplate from the 1985 Formula 1 season.

This would be one of the most memorable seasons of the era, with the now universally turbocharged 1.5 litre cars producing the highest horsepower figures in the history of F1 before or since – with a specially prepared Renault qualifying engine turning out 1,150 hp.

Ayrton Senna had been brought into the Lotus team as a replacement for Nigel Mansell by Lotus team manager Peter Warr. Warr famously said that Mansell would “never win a Grand Prix as long as I have a hole in my arse”. Mansell went on to win two races in the ’85 season, and would win a total of 31 Formula 1 races and the 1992 F1 World Championship.

Hiring Senna was proof positive that although Warr had been wrong about Mansell, he did have a great eye for talent. Senna would become one of the most loved drivers in the history of the sport, and in 1985 he took his first race win at the Portuguese Grand Prix and his second race win in the Belgium Grand Prix. By the end of the season Senna had six podiums, and he finished 4th in the standings.

This is the rear wing end plate from the right hand side of Senna’s car, it carries the now legendary John Player Special colors with a Goodyear logo – the team’s tire supplier in 1985. It’s presented in a frame behind protective glass and it’s currently being offered by Memento Exclusives with a not inconsiderable £10,000.00 price tag, that works out to approximately $13,137 USD or 11,697 Euros at the current exchange rate. 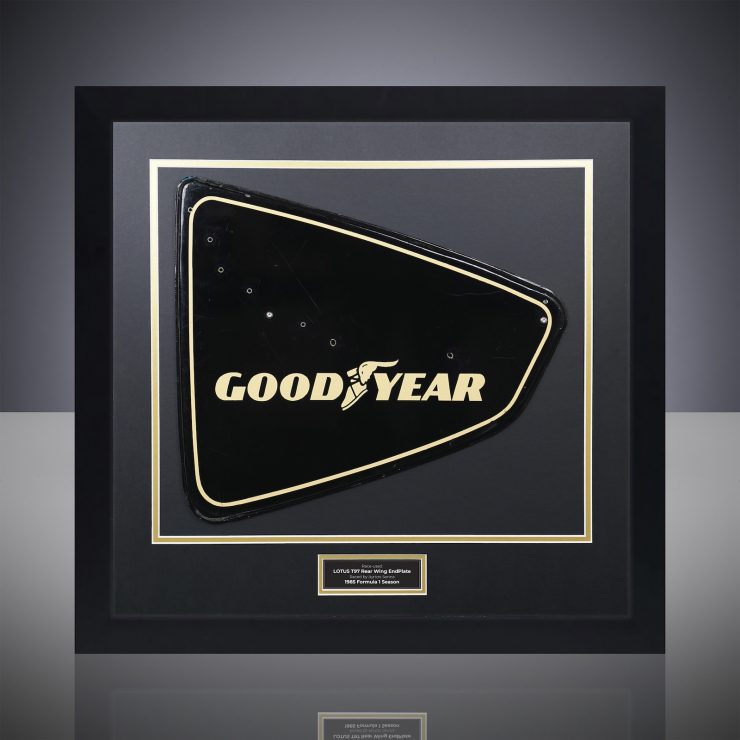 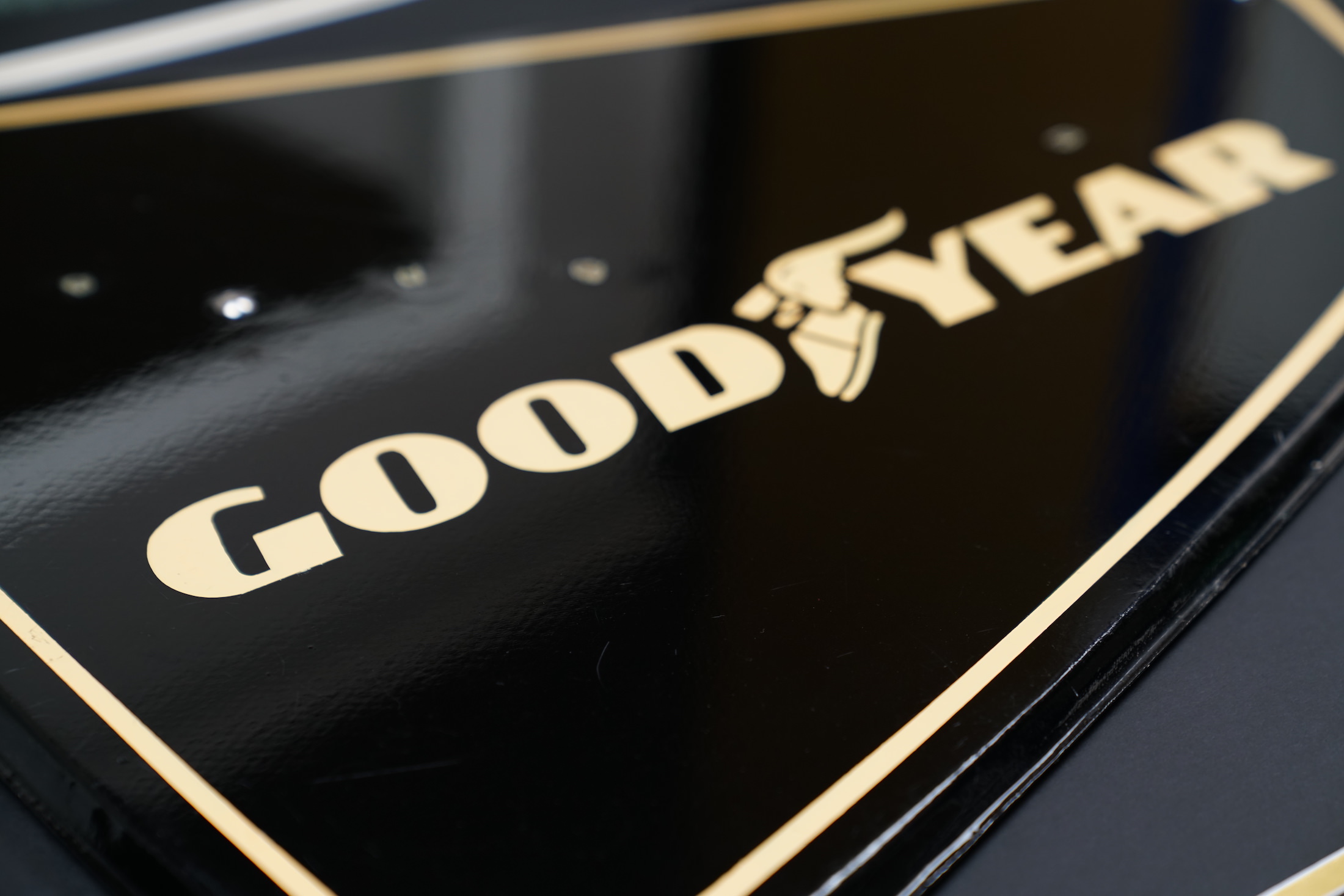