Behind The Wheel Episode 1: Will the Corvair Kill You?

This is episode one of Hargety’s Behind the Wheel series, it focusses on one of the great automotive controversies of the 1960s – will the Corvair kill you?

Or more specifically, will the Corvair spin out of control and roll a half dozen times when you steer rapidly at speed. In 1965 an ambitious young lawyer named Ralph Nader published his book “Unsafe at Any Speed”, the book is loved by some and hated by many, but it did lead to significant improvements in both automobile and road safety.

Of the book’s eight chapters just the first one was dedicated to the Chevrolet Corvair: “The Sporty Corvair – The One-Car Accident”. Nader was a Corvair owner himself (it’s his car you’ll be watching in this episode), and his criticisms of the car were largely down to its swing-axle rear suspension which was prone to “tuck under” under certain driving conditions.

Swing-axles had been fitted to cars for years including the Corvair, the Standard Superior, the Volkswagen Beetle, the Volkswagen Type 2 (Van/Kombi), the Mercedes-Benz 130 series, and a number of others.

Nader’s criticisms of the Corvair weren’t entirely without merit, however by the time his book was published in 1965 Chevrolet had already upgraded the Corvair to its second generation featuring new four-link fully independent rear suspension with coil springs on all four corners. Other improvements included larger brakes (taken from the Chevelle), and a slew of chassis refinements.

This short film offers a speed run of sorts through the history of the Corvair and its association with Nader, and it includes plenty of hard turns at speed in a first generation Corvair. 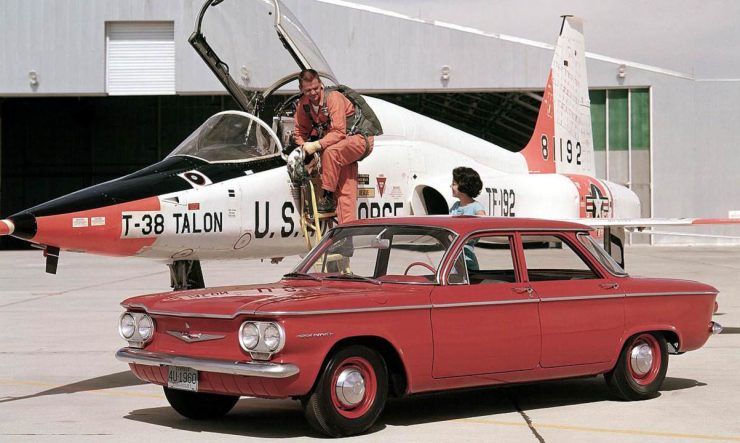 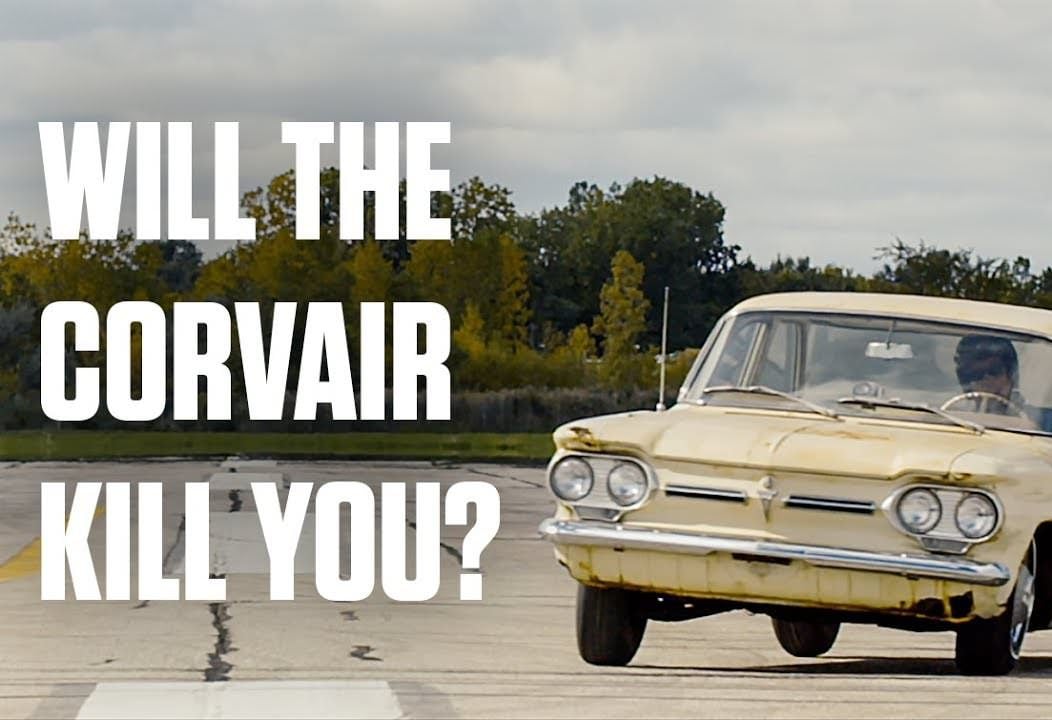 Facebook Twitter WhatsApp Email The Aston Martin DB4 was a critical model for the British automaker, it was a clean slate design that left…

Facebook Twitter WhatsApp Email This is one of just 30 examples of the Caterham 7 Roadsport Limited Edition that were built in 1996, the Roadsport…

Facebook Twitter WhatsApp Email The car you see here was the first and most significant prototype made for the Lancia Rally 037, a vehicle…

Facebook Twitter WhatsApp Email The assorted engine parts you see here combine to form one of the most famous, and most important, engines in…