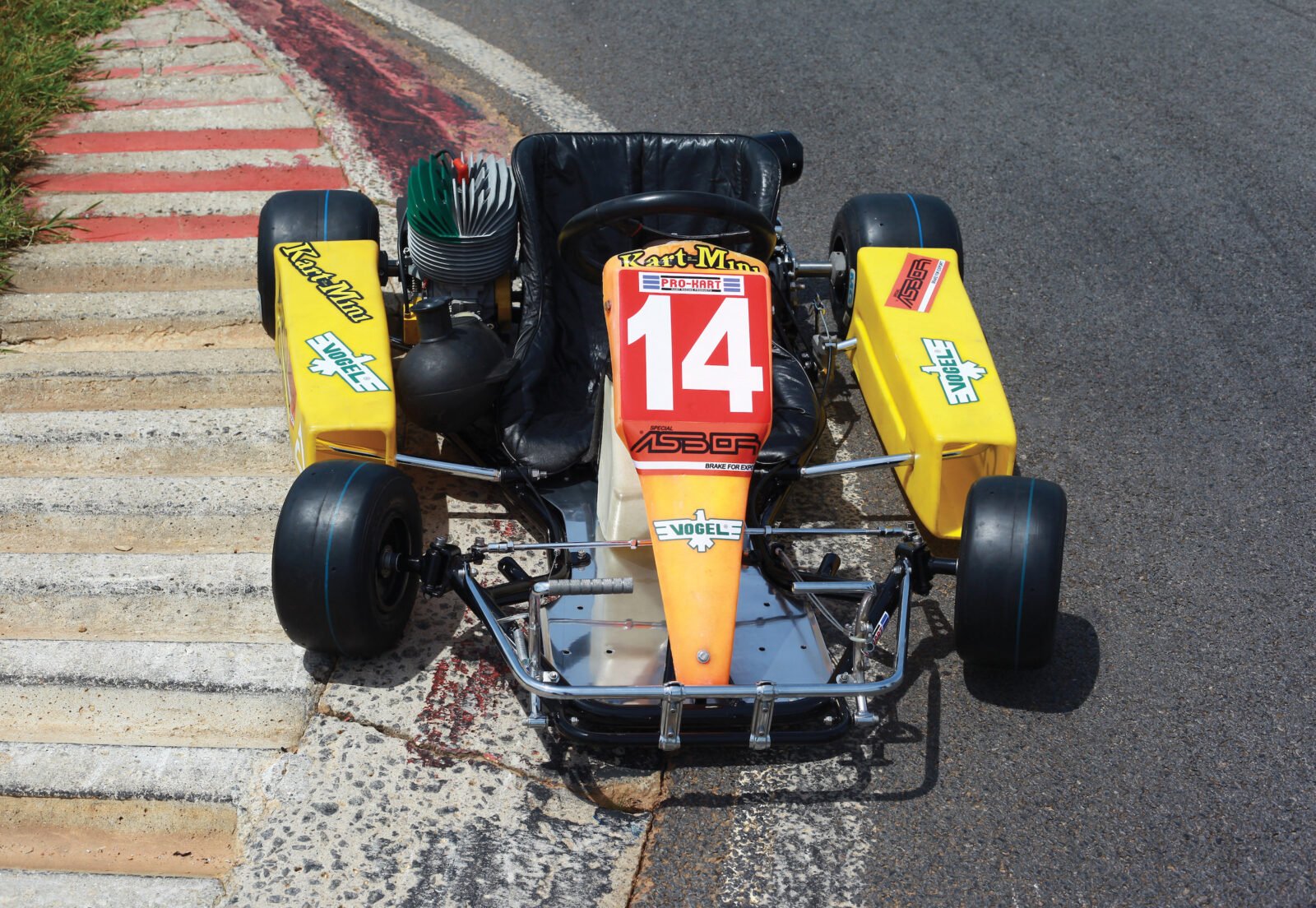 This is the last kart ever driven by Ayrton Senna, he piloted it around his personal go kart track on his farm in the town of Tatui in the state of São Paulo, Brazil on the 19th of March 1994.

He would be tragically killed on the 1st of May 1994 at the San Marino Grand Prix when his Williams FW16 hit the wall at 145 mph, the ultimate cause of the accident has been the subject of much debate over the ensuing years.

There are few names in the history of motor racing that evoke quite the same reaction as Ayrton Senna.

The Brazilian driver features on every list of the greatest drivers of all time, oftentimes at the top or very near to it, with historians left to hypothesize over how many further wins, poles, podiums, and championships he may have achieved were it not for his untimely passing.

His love of karting was lifelong, his career starting in a 1 hp go kart built for him by his father. At the age of 13 Senna would contest his first proper race at the kart track at Interlagos, he started the race from pole position and lead most of the race before being taken out after a collision with a fellow driver.

In later years Senna would look back on his karting career as the most satisfying racing he ever took part in, particularly his battles with Terry Fullerton.

In 1978 he was the teammate of Fullerton in the Italian DAP factory karting team, years later at a press conference at the 1993 Australian Grand Prix Senna would explain that the heated competition between the two drivers had been the best racing of his career, due to the lack of money and politics in karting.

After Senna spent the day driving this kart in March 1994 it was placed into storage where it would remain for decades before being rolled out recently for a sympathetic restoration by the original manufacturer of its chassis, Riomark Kart Mini, with the engine receiving a rebuild by the original builder Tche Parrilla. 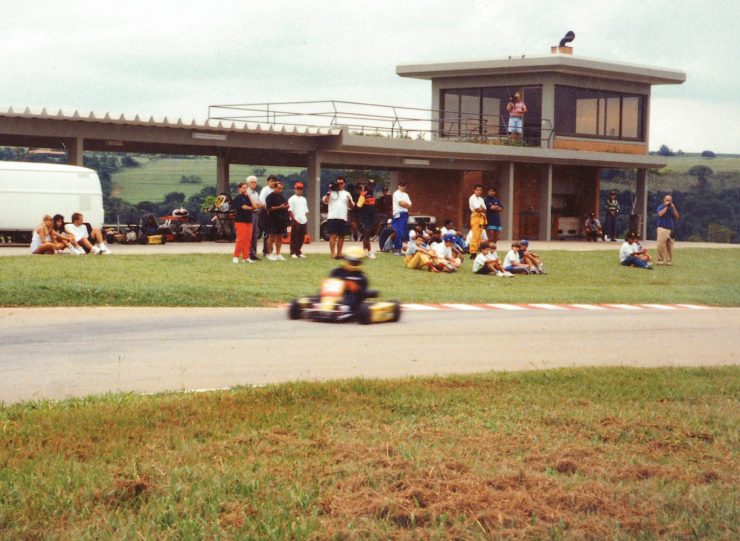 The basic design of the kart will be immediately familiar to anyone in the karting world, it features a chain-driven fixed rear axle with a single off-set rear disc brake. As you would expect there’s no suspension other than the tire sidewalls of course, and there are just two pedals – one to go and one to stop.

Power is provided by an air-cooled, two-stroke, single-cylinder “elbow warmer” engine and there’s no gearbox, clutch, or shifter lever to worry about.

Since its restoration the kart hasn’t been ridden by anyone – to give the new owner the chance to be the first person to drive it since Senna climbed in on that warm March afternoon in ’94.

If you’d like to read more about the kart or register to bid on it you can click here to visit the listing on RM Sotheby’s. The estimated hammer price is between £50,000 and £70,000, although that’s a pretty price for a go kart, it seems like a steal for a piece of motor racing history this significant. 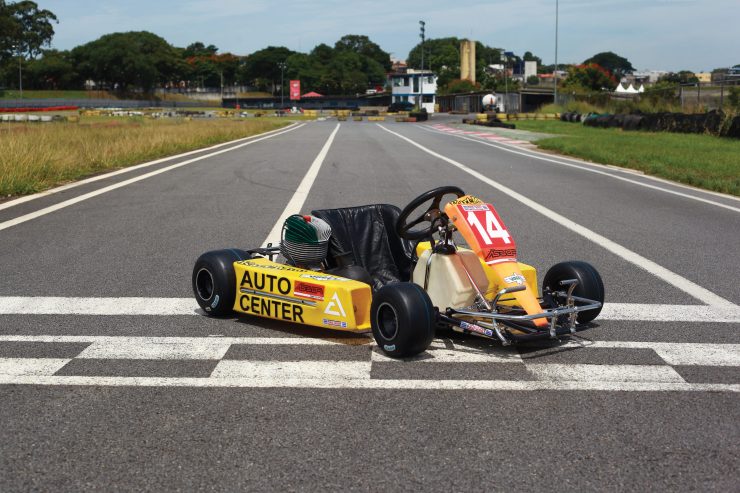 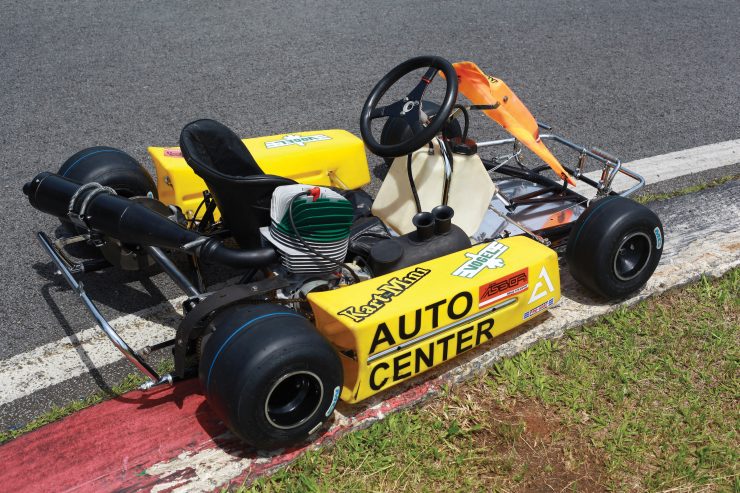 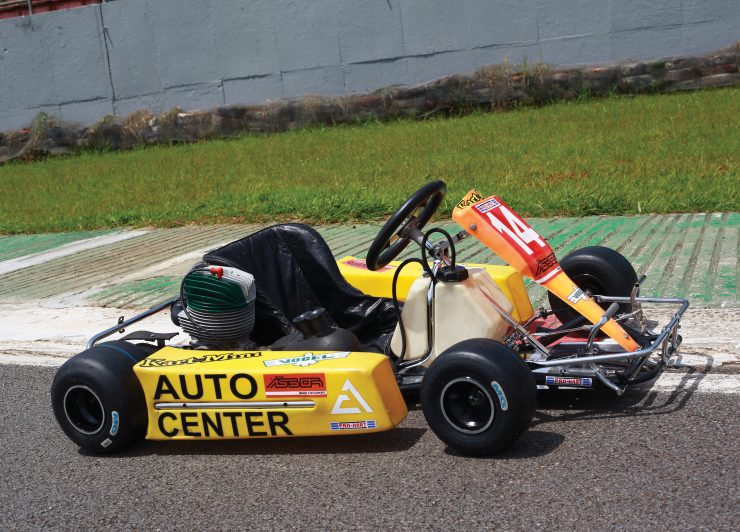 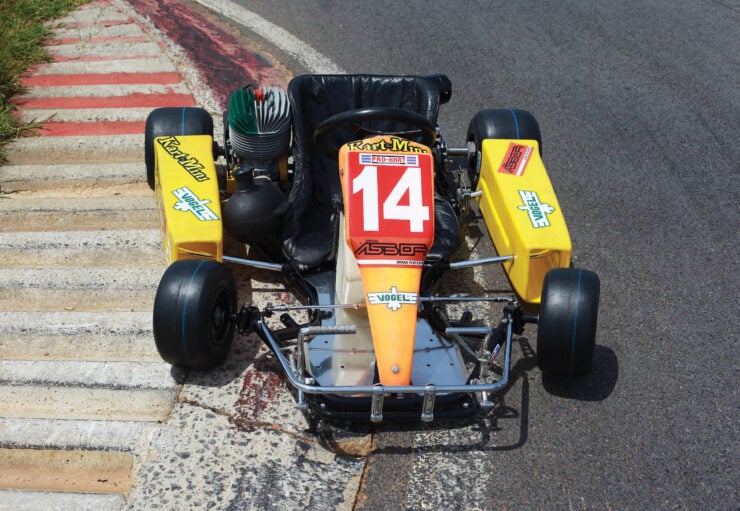 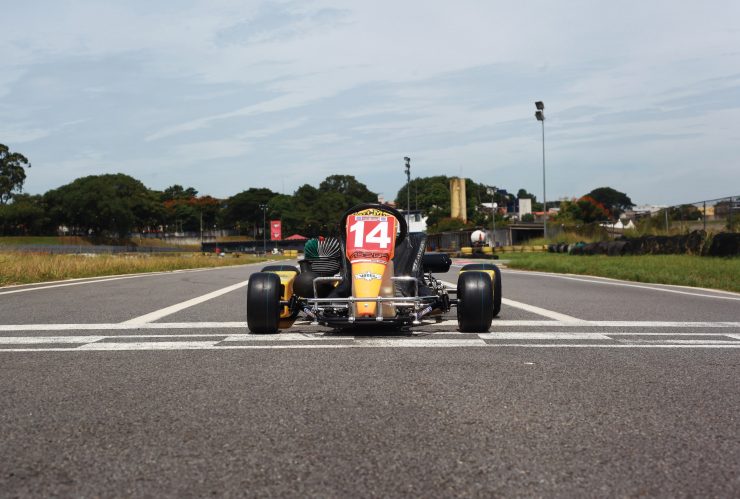 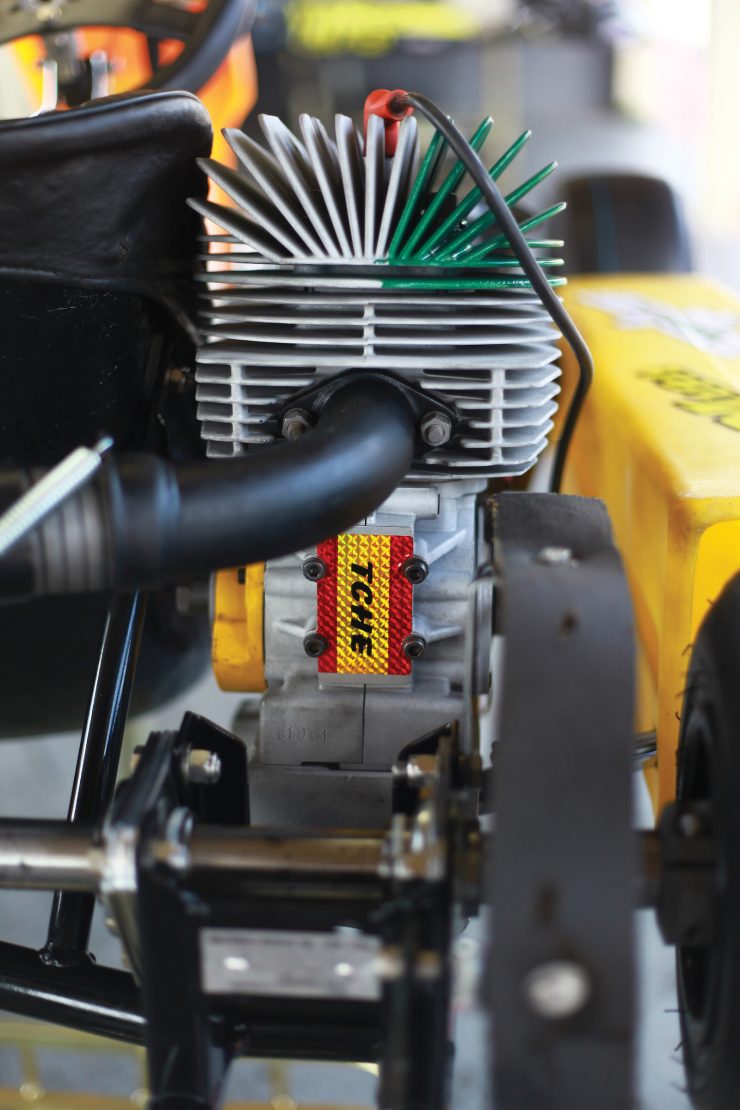 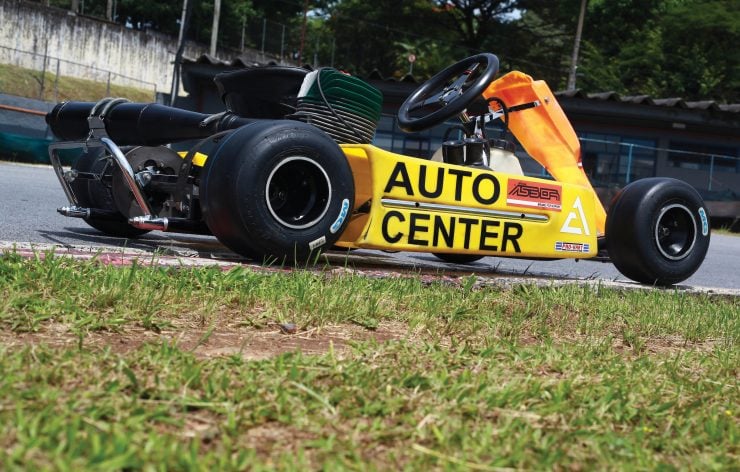 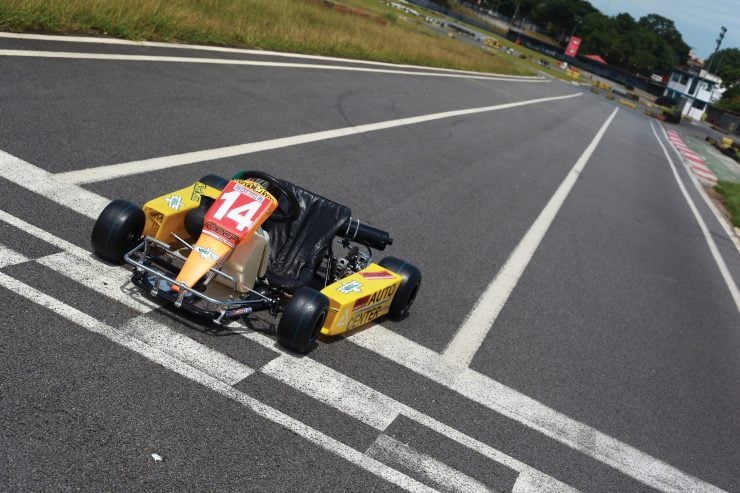 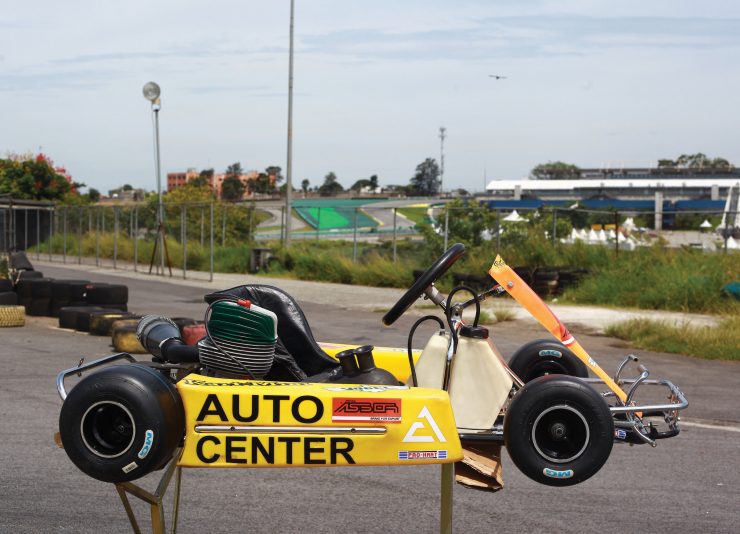 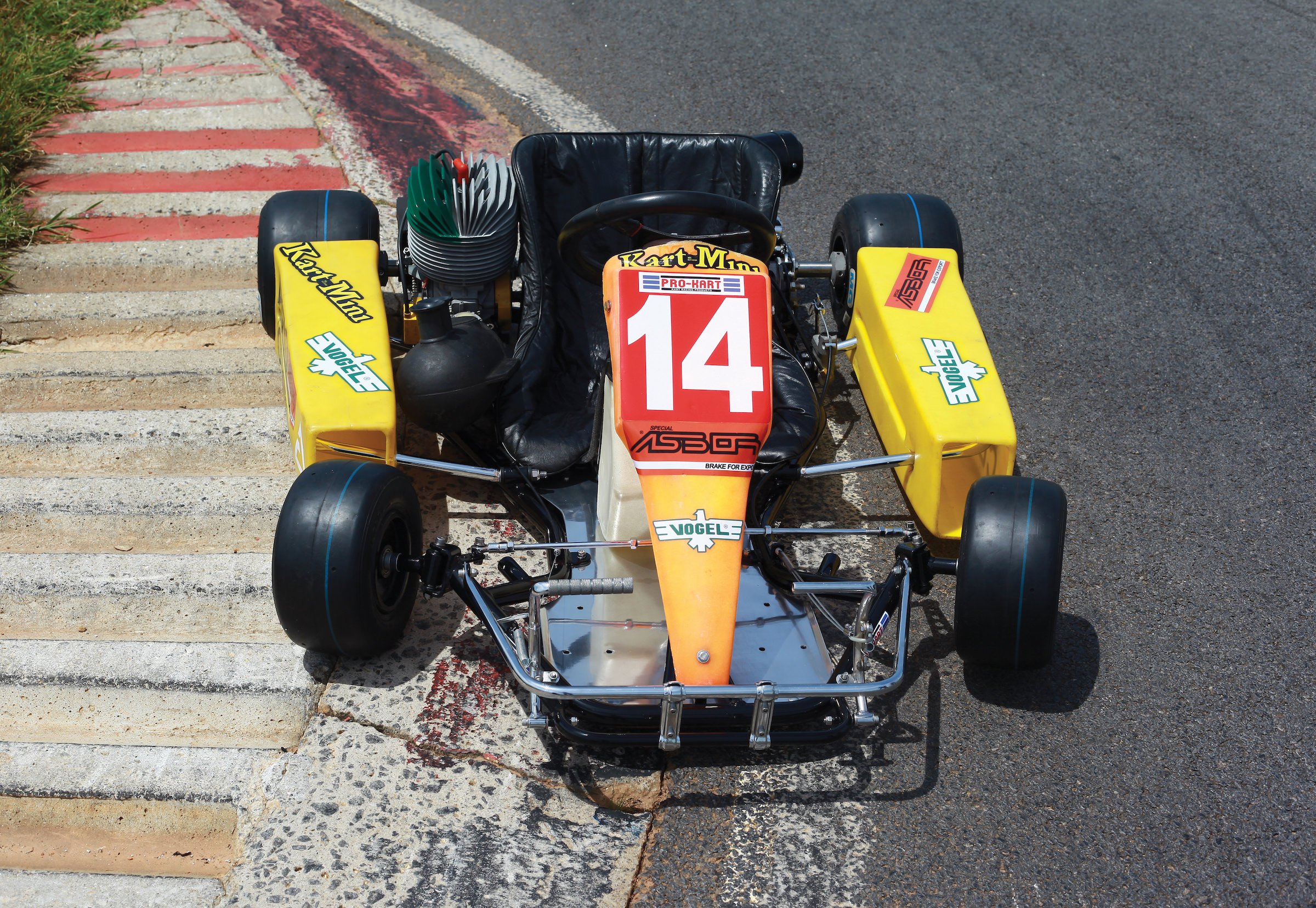