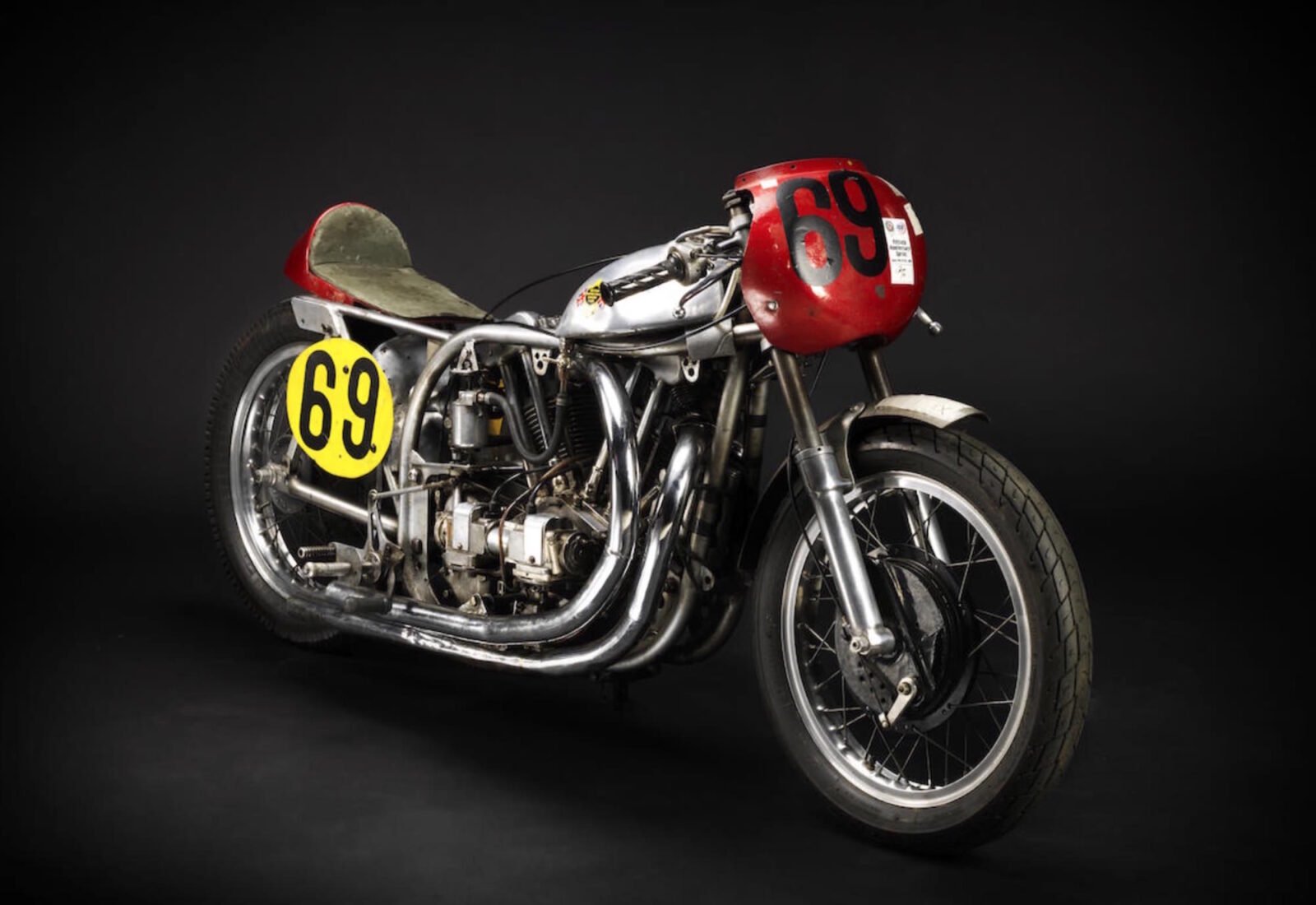 The Norton Featherbed frame and JAP motorcycle engine were amongst the most important British motorcycle developments of the 20th century – although they very rarely found themselves powering the same bike.

JAP is an acronym for JA Prestwich Industries – a company started by a naturally talented English engineer who started out in a small workshop behind his father’s house in London. Although he initially produced camera equipment the lure of racing soon drew him to develop his own large capacity motorcycle engines – and they would be use in some of the finest (and fastest) motorcycles in the world at the time.

The Norton Featherbed frame was an innovation by the self-taught engineers Rex and Cromie McCandless – a pair of Irish brothers with a penchant for motorcycle racing. Their initial designs had drawn ire from the more traditional sectors for the motorcycle world but Norton saw potential, and hired the two men to develop a few units for testing. The handling given by the new frame was so good that champion Isle of Man TT racer Harold Daniell compared it to riding on a featherbed – and the nickname was borne.

The hybrid racer you see here was built by British motorcycle racing icon Francis Williams – known as the “Learned Professor of Sprint” in 1959 for an assault on the Brighton Speed Trials. He chose the 998cc JAP 8/80 V-twin because it was quite literally one of the best motorcycle engines in the world – and paired it with the stable and predictable Norton Featherbed frame.

Over the course of its life, “Thor” as the bike had become known, would be an essential part of the British team in the Transatlantic Drag Festival, it would also set the outright fastest time of the day at Brighton – the first time this had ever been done by a motorcycle. Later in competition it would also average over 100mph for the standing-start kilometre (terminal speed of 158mph), it managed a top speed of 186mph on the Caragrohane Straight in Northern Ireland, and it broke the record at the Ramsey Sprint in the Isle of Man that had been set by George Brown aboard his racer “Super Nero”.

The list of smaller hill climb and sprint wins is too long to list here, but perhaps as a testament to the quality of the build Francis Williams accomplished, Thor is still running today despite never having had a restoration. It’s rumoured that the 998cc JAP V-twin is capable of close to 100hp at full chat, although Bonhams do recommend a rebuild before any further record runs are attempted.

If you’d like to read more about Thor or register to bid, you can click here to visit Bonhams. 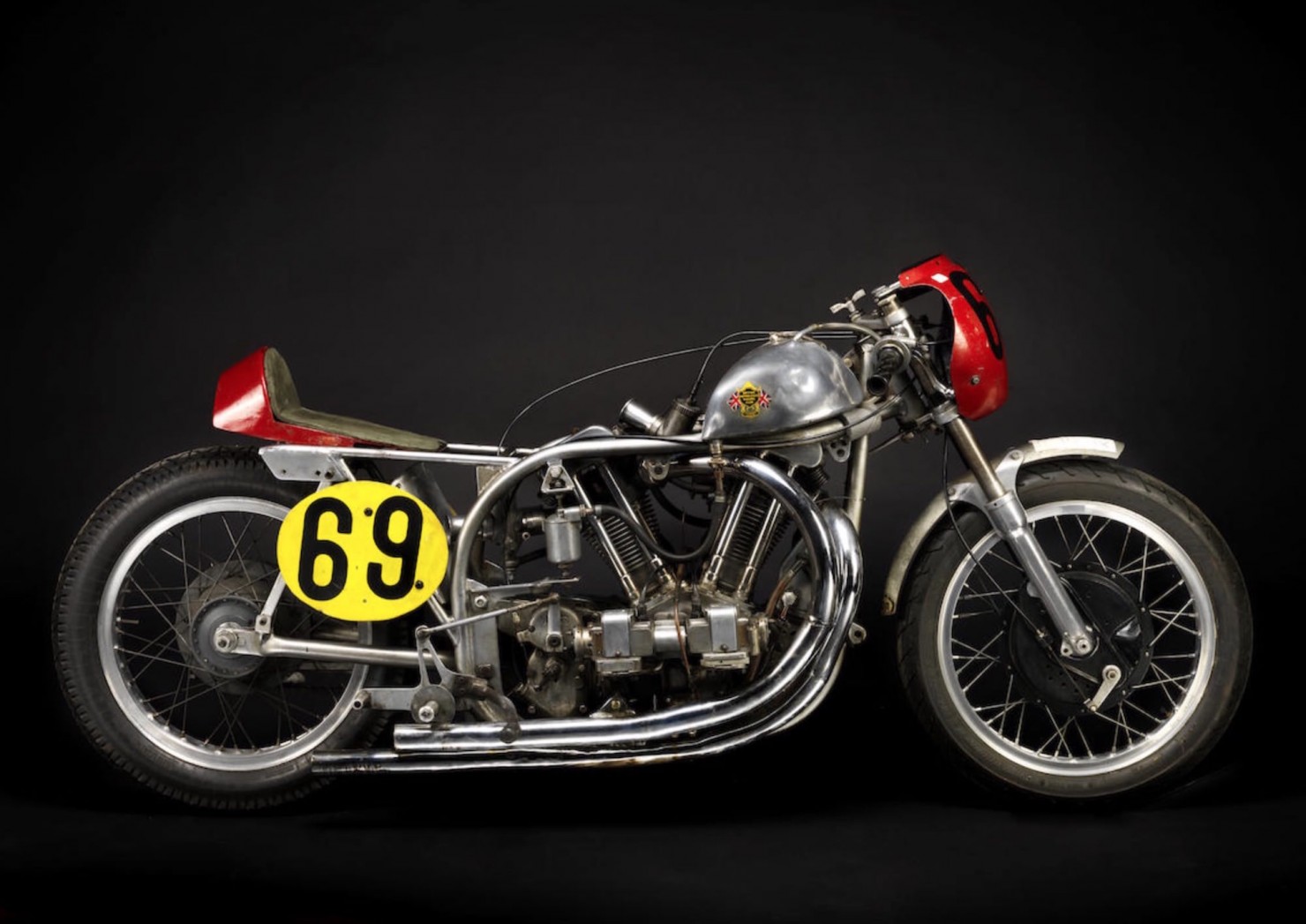 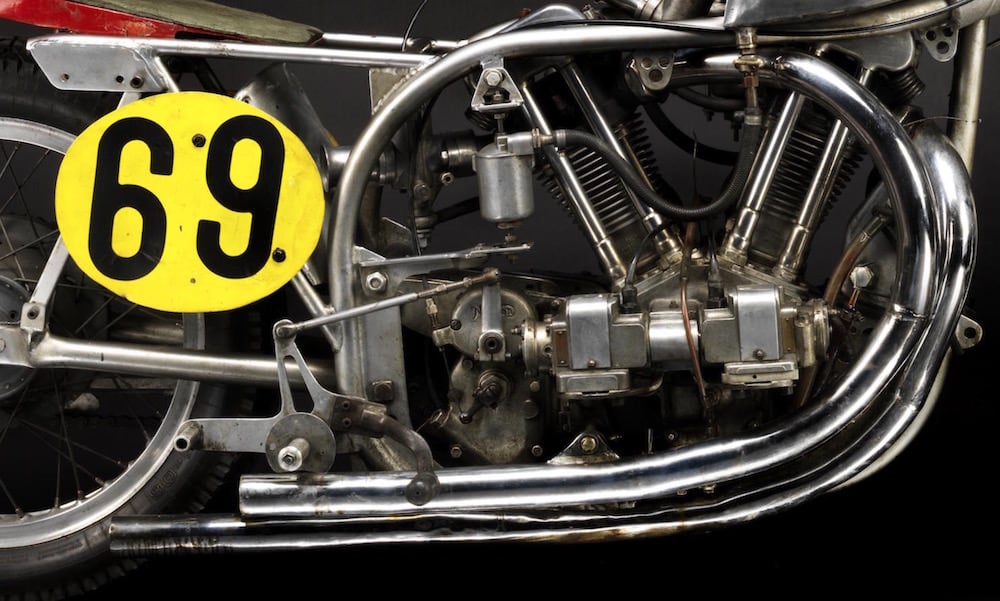 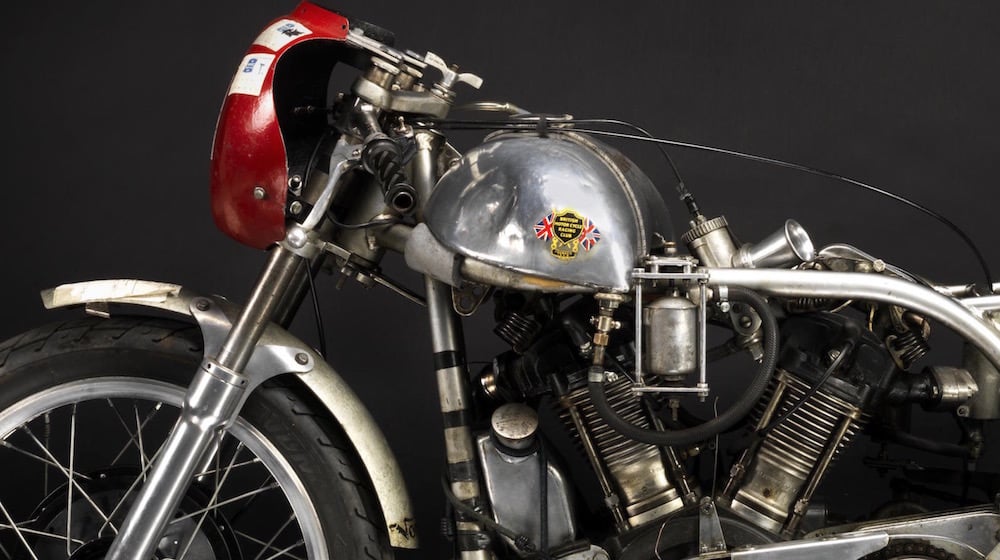 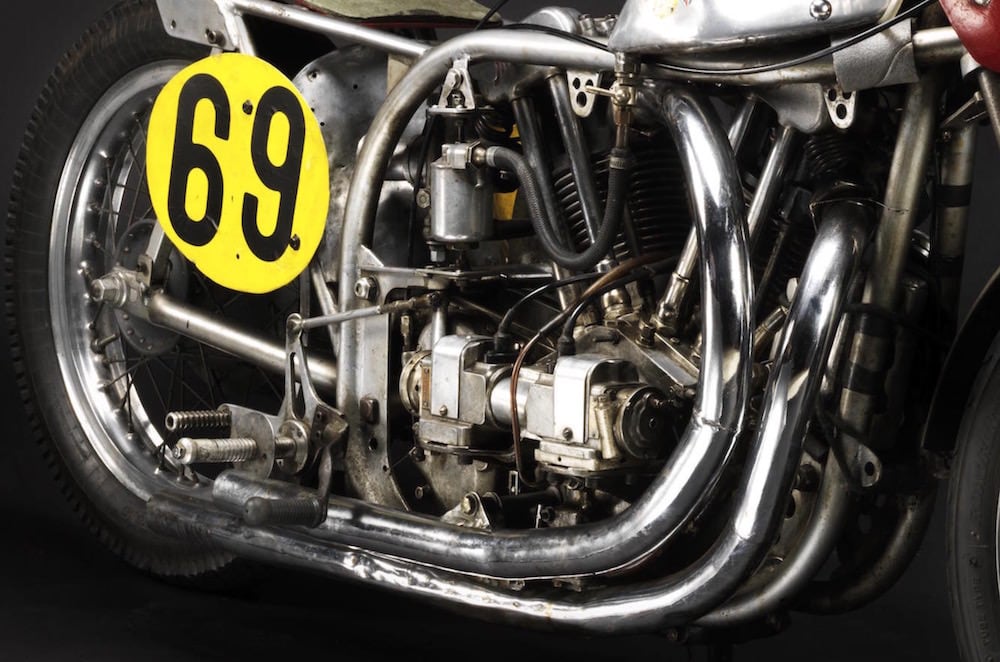 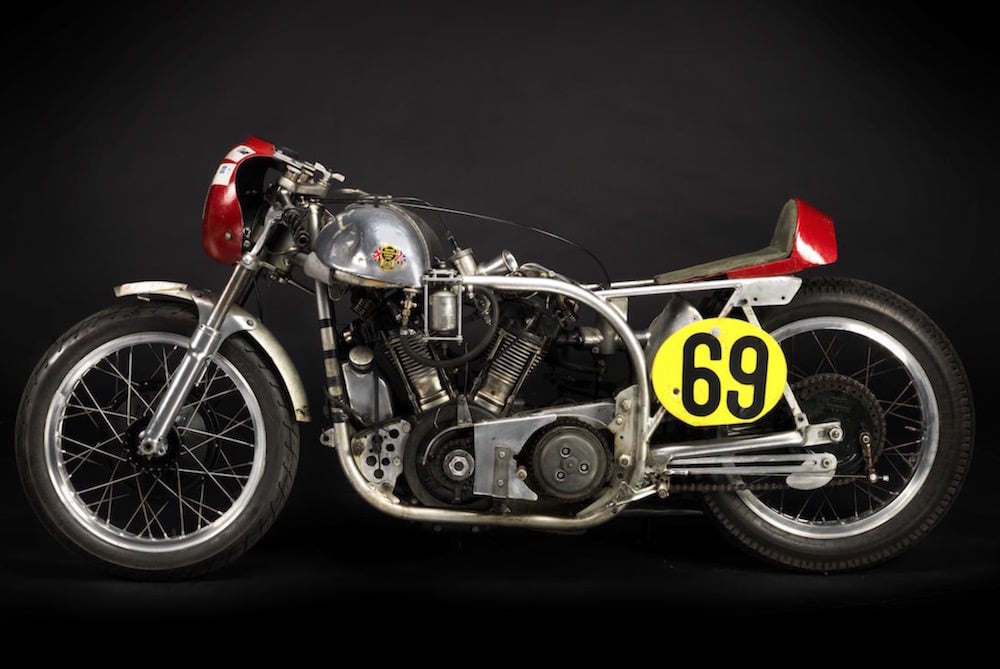 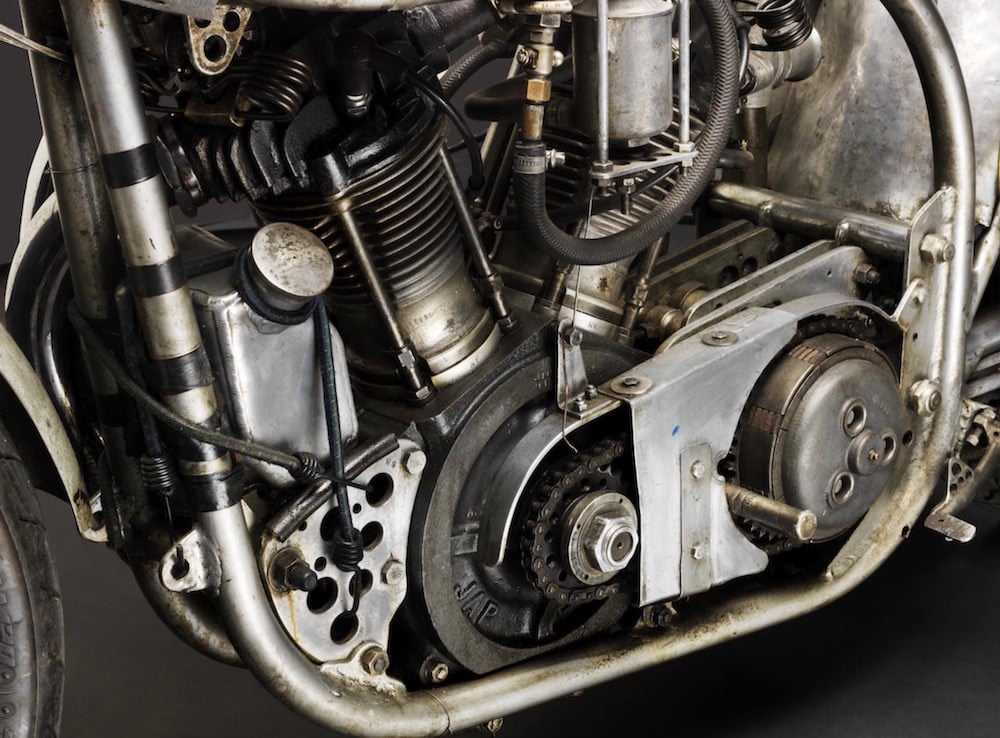 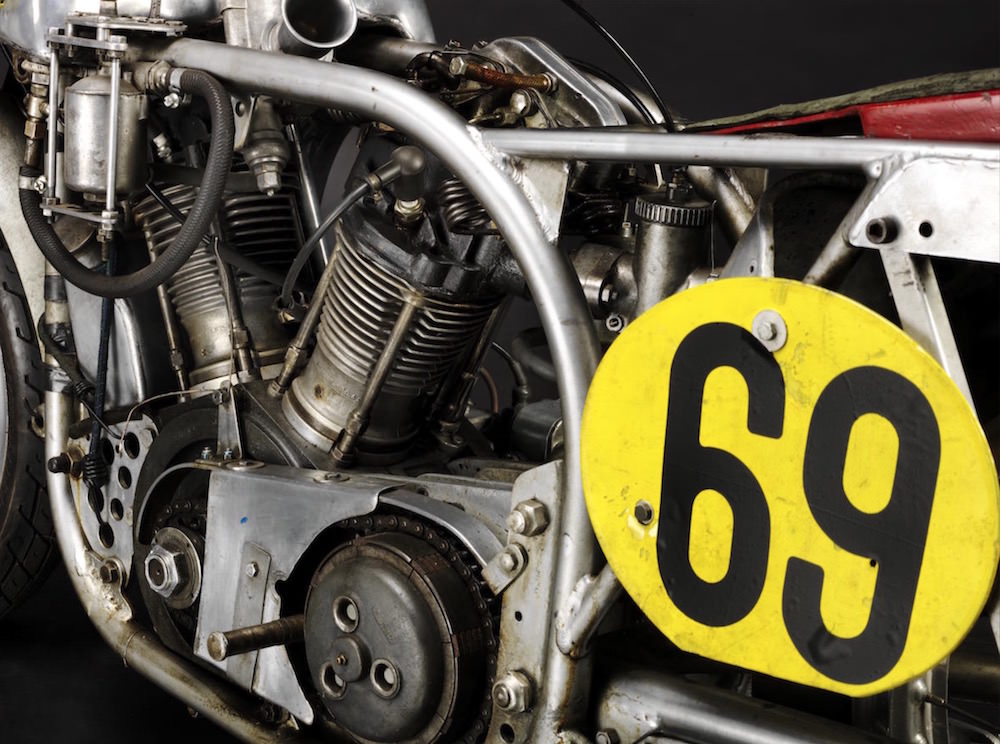 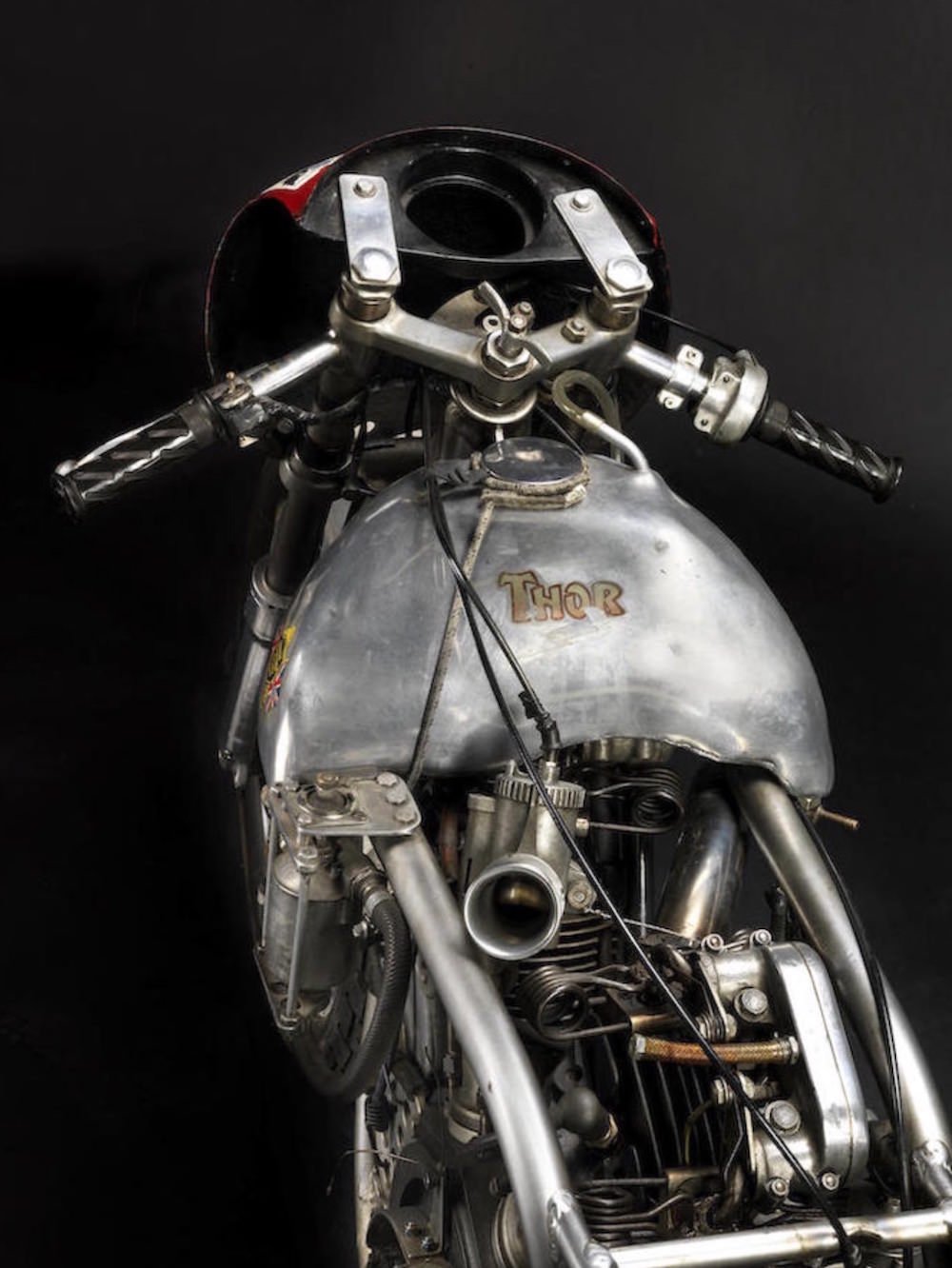 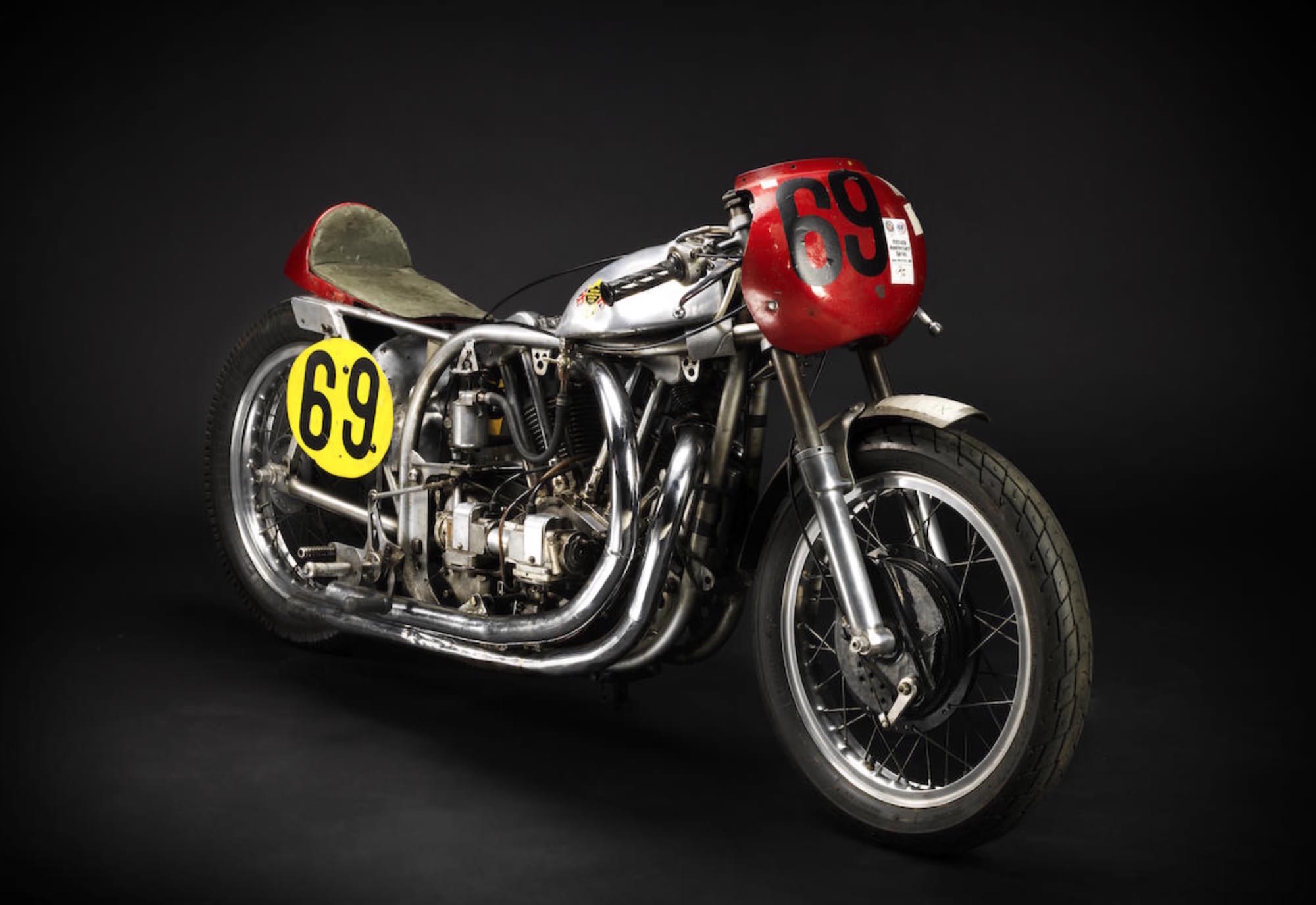