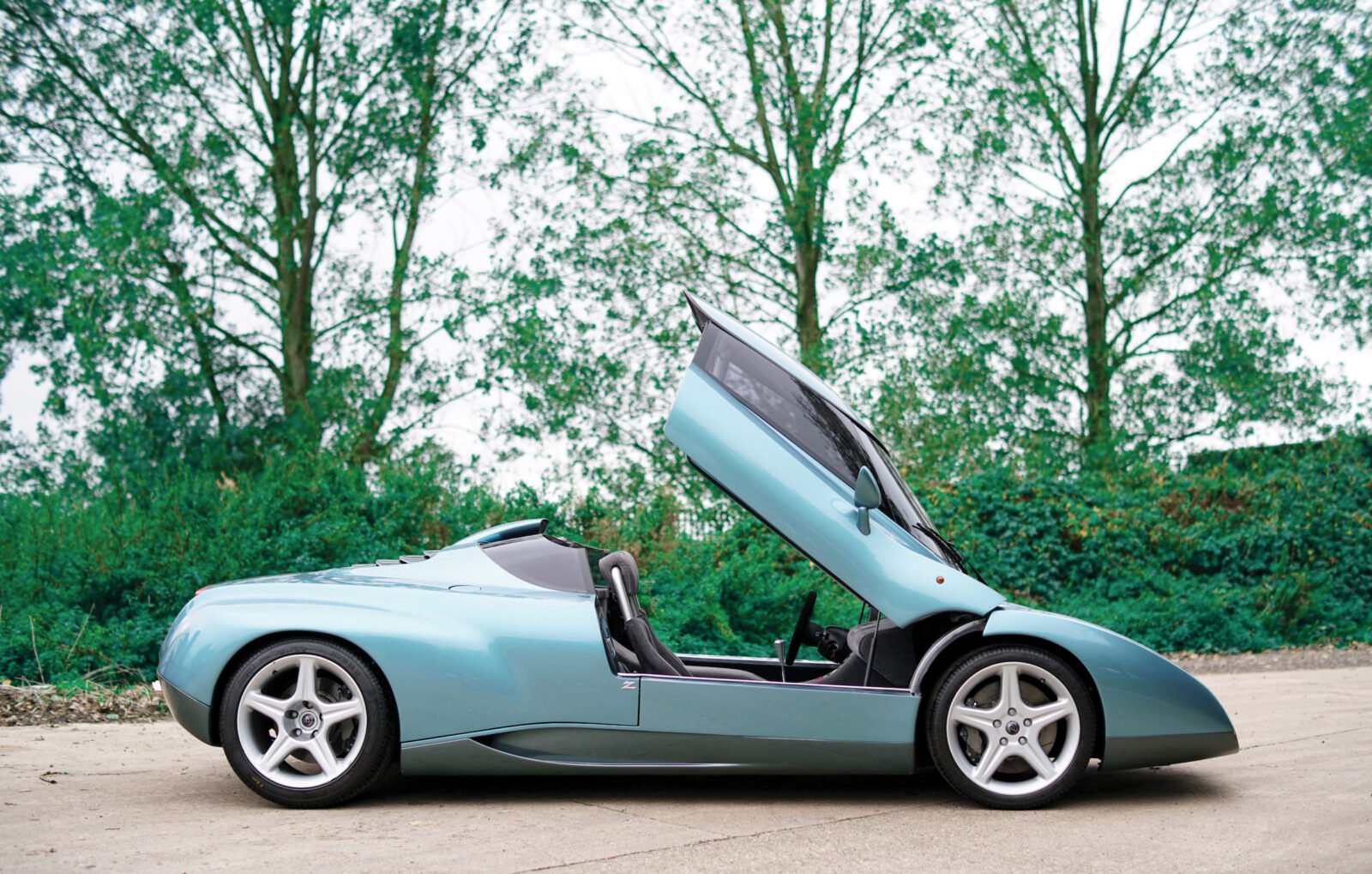 The Zagato Raptor Concept was developed in 1996 for Lamborghini as a possible direction for the replacement for the Diablo. The Raptor took its V12 and much of its running gear from the Diablo but it has a bespoke space frame chassis and a carbon fibre body designed in-house at Zagato under the direction of chief designer Nori Harada.

The 1996 Geneva Motor Show would feature the first public unveiling of the futuristic Zagato Raptor, it was one of the first cars to be created using a 100% digital design and manufacturing process. Impressively, the car went from a blank computer screen to a fully operational real-world prototype in under 4 months.

The film Jurassic Park was released in 1994, shortly thereafter the Velociraptor went from relative obscurity to becoming one of the most famous dinosaurs in the world. Although we can’t be certain, it’s very likely that this is what led to the team at Zagato naming this concept car the “Raptor”, as production of the concept likely began in 1995 just a year after the film was released. 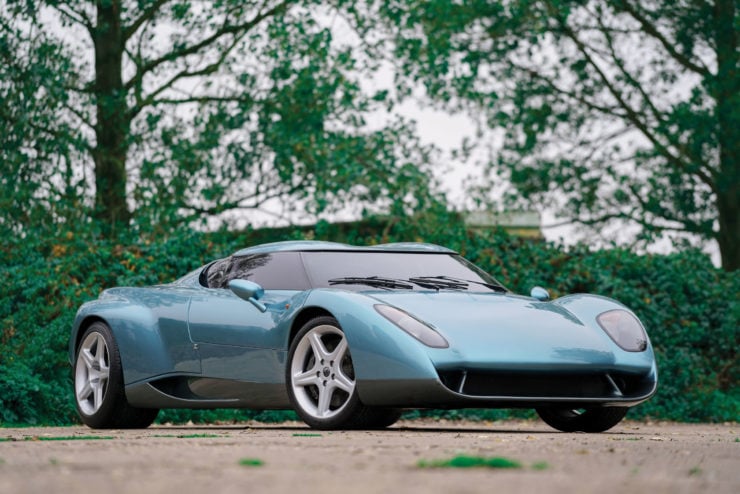 Much like its paleontological namesake, the Zagato Raptor is quick, nimble, and lightweight. It inherited the engine and six-speed manual, all-wheel-drive transmission from the Diablo but it didn’t take the traction control and electronic ABS systems in favour of weight savings.

Period reviews hailed the Raptor’s handling and performance, the top speed was rumoured to be over 200 mph and the 0 to 60 mph time was under 4 seconds – a good figure for the mid-1990s.

A rigid, tubular space-frame chassis was designed with specific attention paid to allow the car to have an entire roof/door/glass assembly that lifts up on gas struts. This makes entering and exiting the car a little easier than traditional Lamborghini scissor doors, it’s also possible to remove the uppermost roof panel and turn the car into a roadster when the weather suits.

Power is provided by an unmodified Lamborghini Diablo V12, a 5.7 litre engine with double overhead cams and approximately 485 hp with 428 ft lbs of torque. This was the same engine used on the Diablo VT, so named because the all wheel drive system which can send up to 25% of the engine power to the front wheels used a viscous center differential – “VT” stands for “viscous traction”. 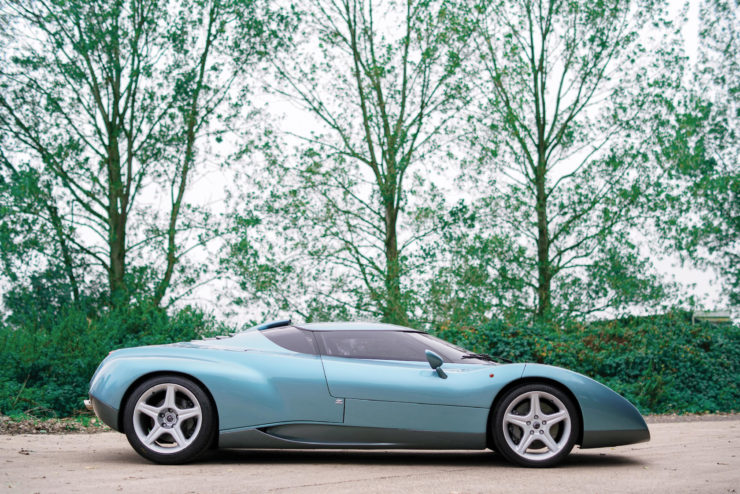 The interior is minimalist albeit well finished with grey Alcantara throughout, the headrests are mounted on alloy hoops that can be used as hand holds when entering or exiting the car, and the gear shifter is gated – as you would expect for a Lamborghini of this era. The instrumentation is mostly taken care of by a single digital display, though there is a single temperature gauge on the centre console.

When viewed from outside you can see the characteristic “double bubble” Zagato roof, and when viewed from the side the car could be mistaken for a previously unknown Koenigsegg model from 30 paces. The engine intake is a small snorkel that feeds cool air into the throttle bodies from above the roof line, and the radiators are mounted up front, where a wide scoop under the headlights provides cooling airflow.

Unfortunately Lamborghini didn’t pursue the Zagato Raptor concept, and so today this remains the only one in existence. It represents a possible alternative path that the venerable Italian supercar maker could have taken, and today it remains one of the most interesting Zagato designs of the 1990s.

The Zagato Raptor is due to roll across the auction block with RM Sotheby’s on the 30th of November in Abu Dhabi. If you’d like to read more about it or register to bid you can click here to visit the listing. 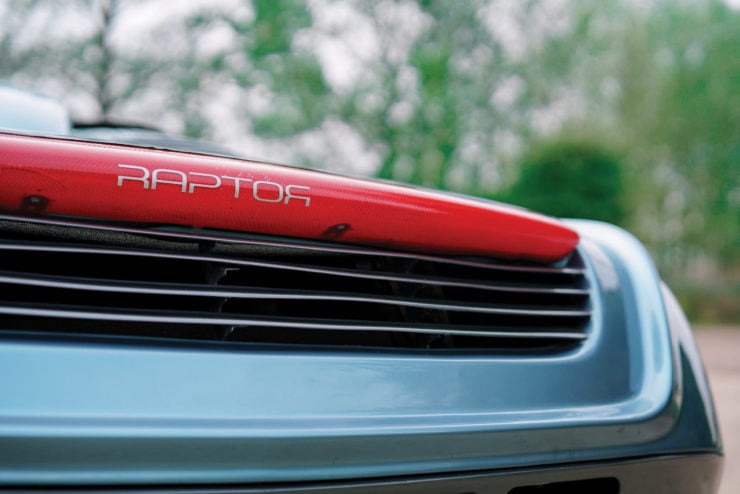 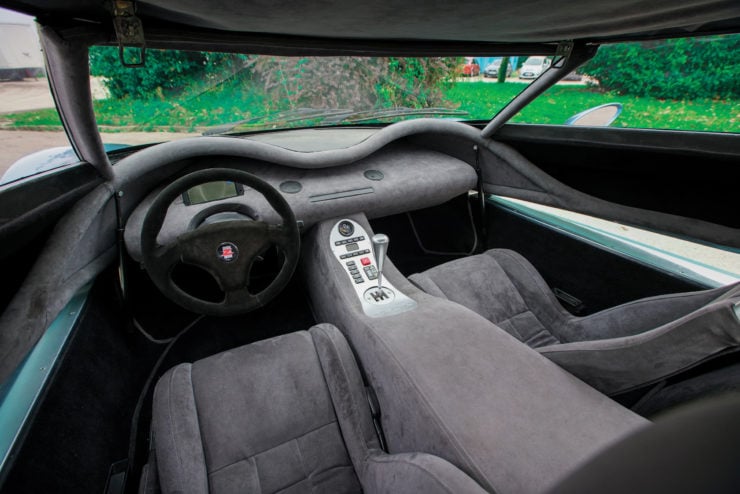 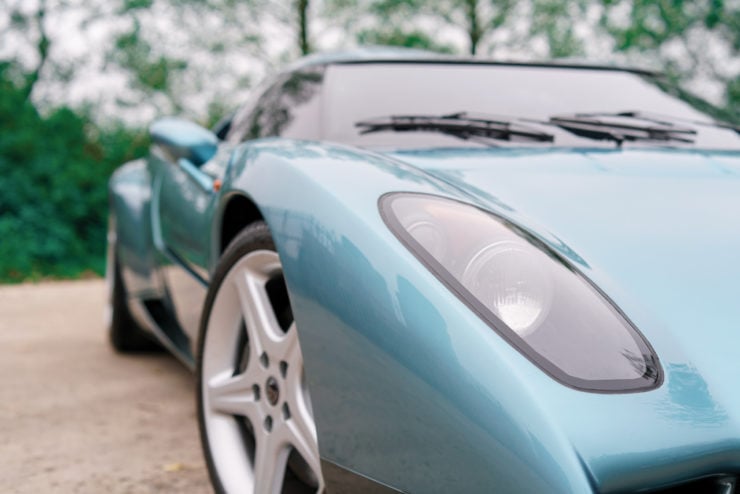 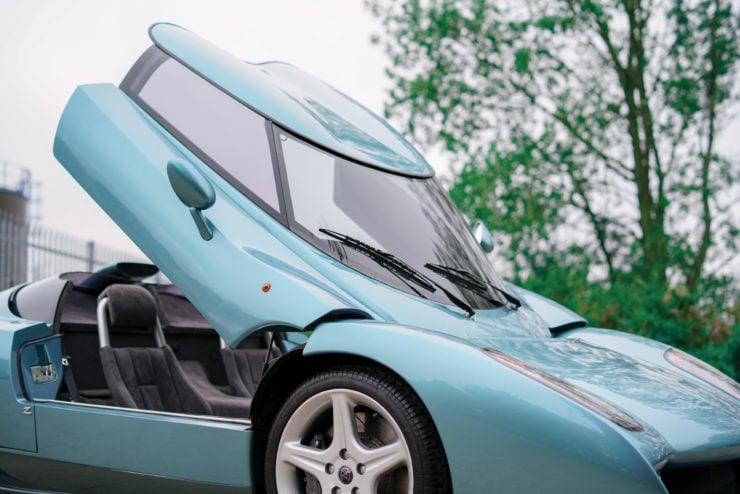 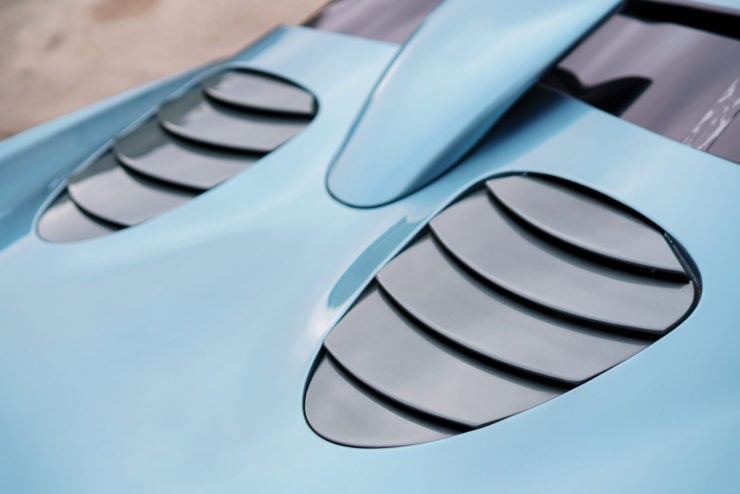 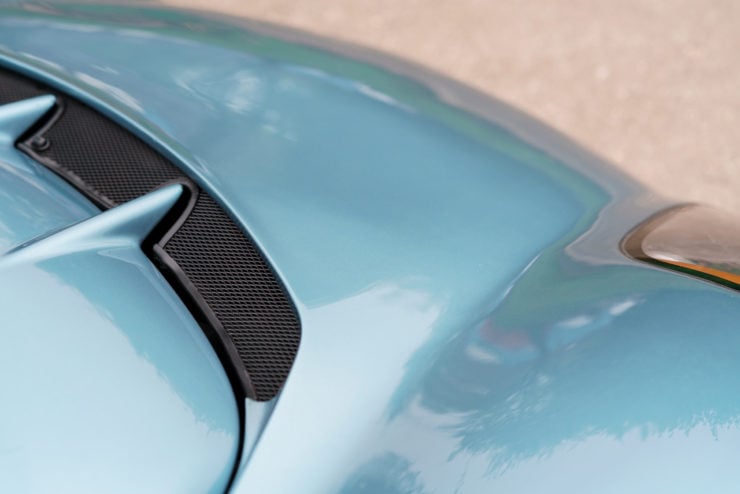 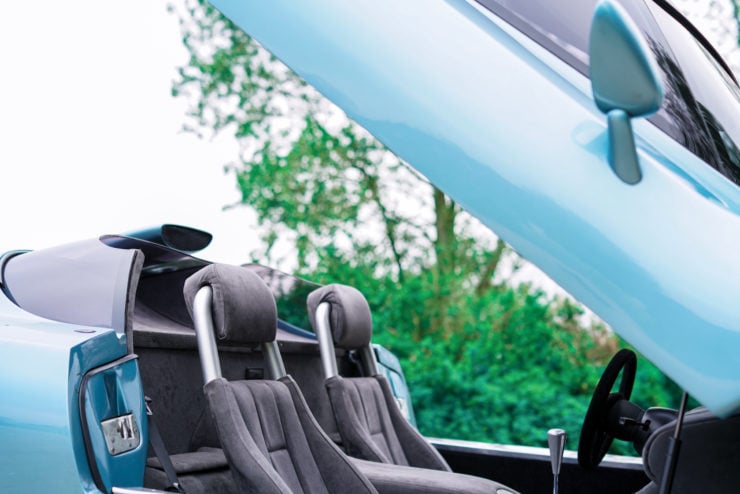 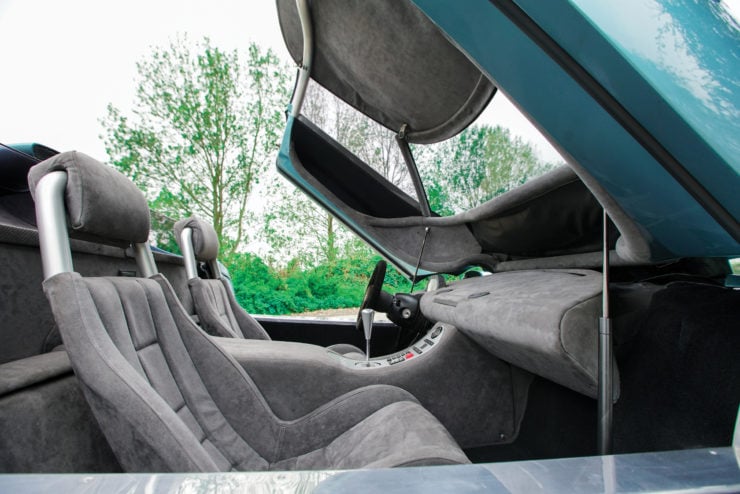 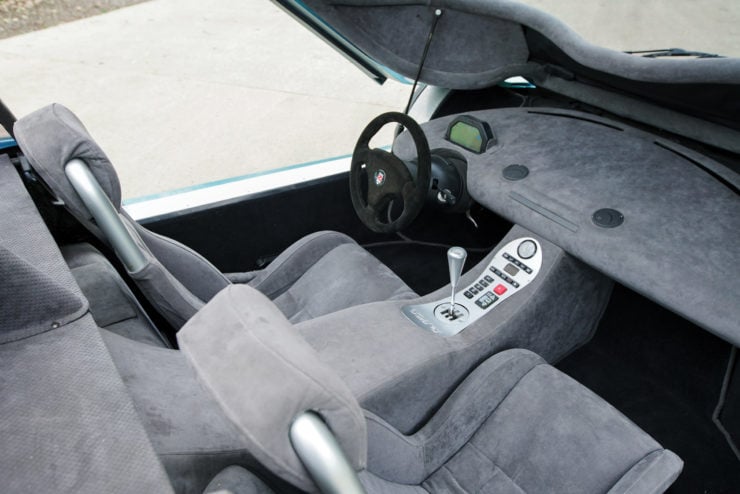 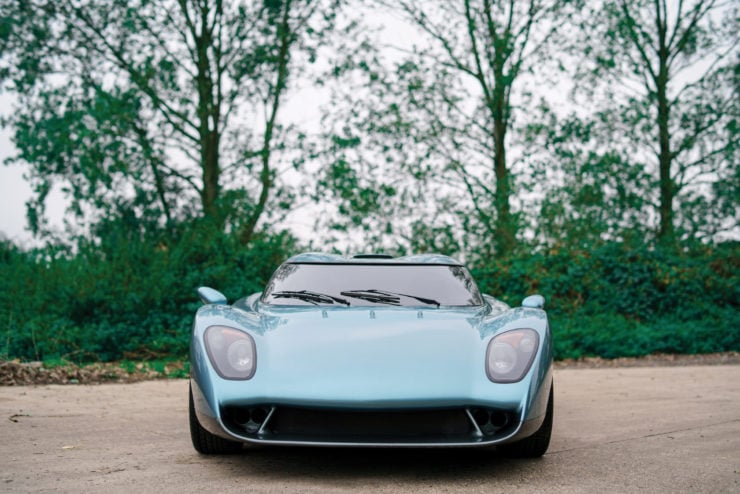 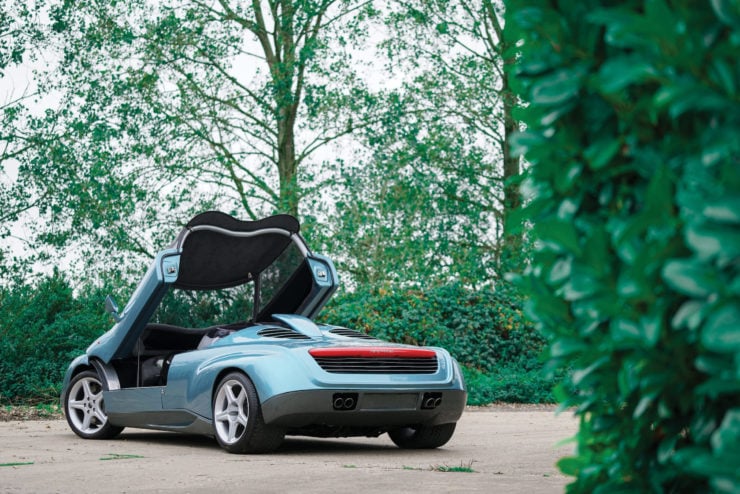 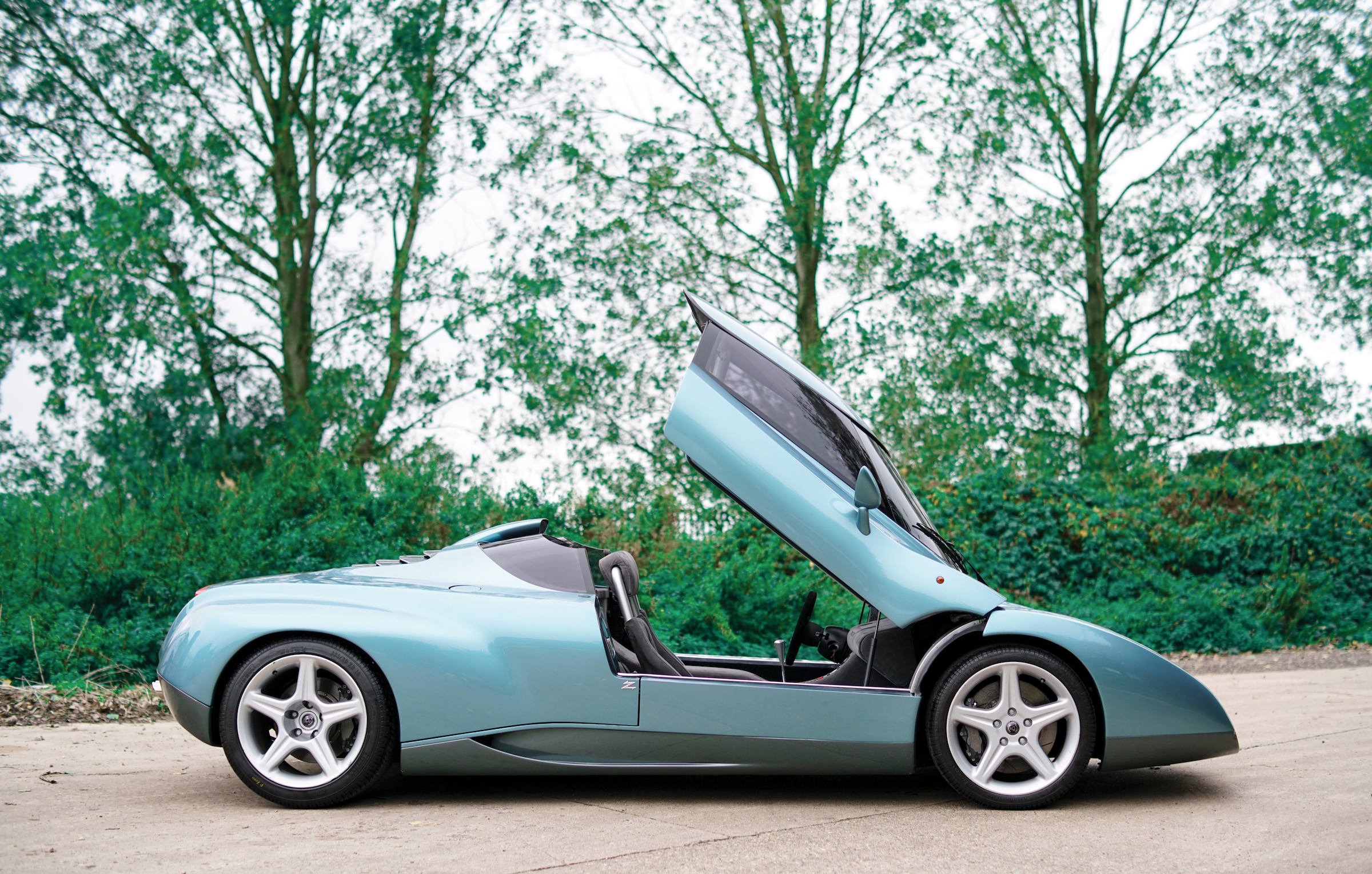