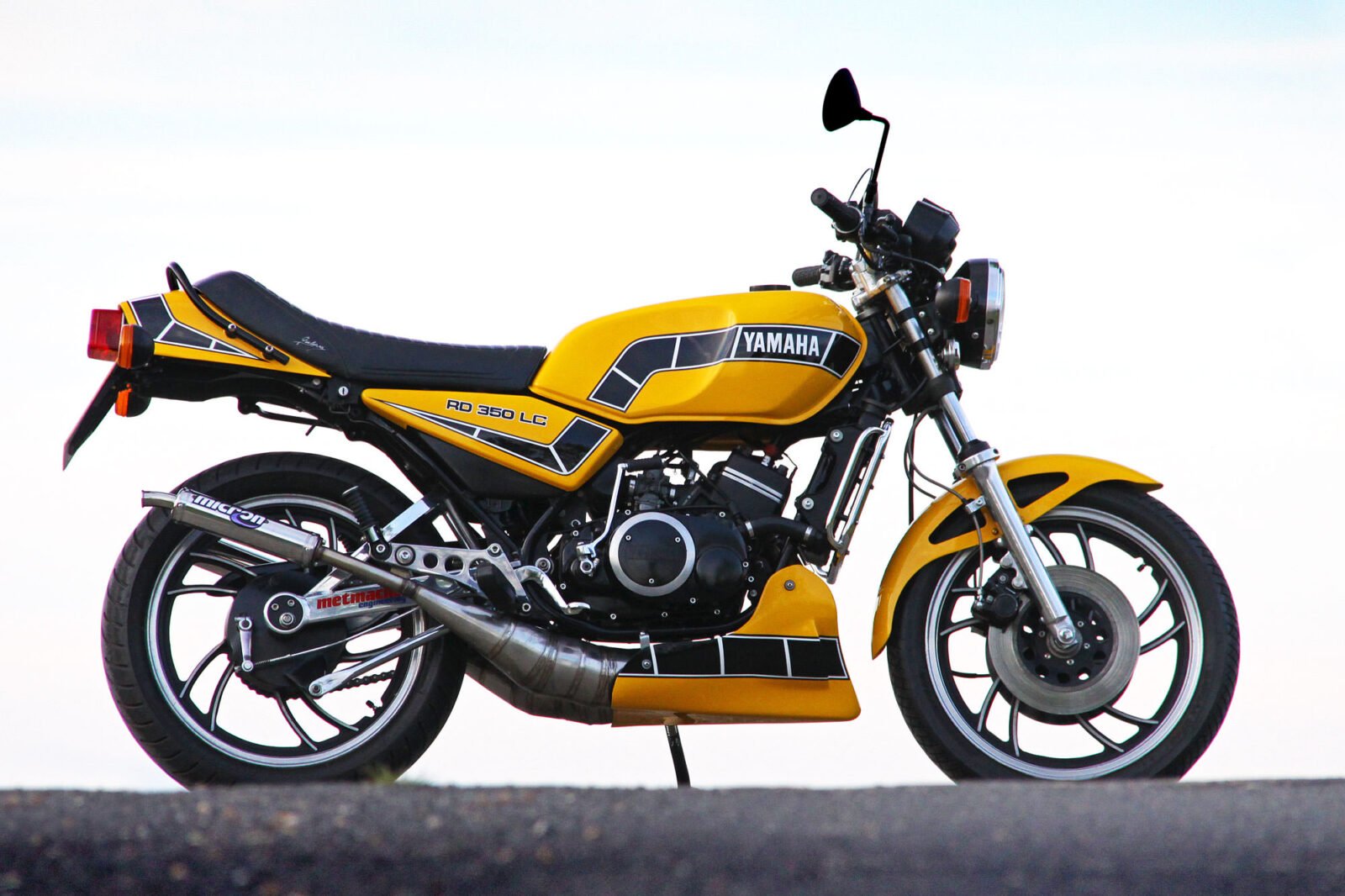 The Yamaha RD350LC is a motorcycle that was initially released in 1980 – just about the time the world thought the end of the 2-stroke was nigh. It was an evolved version of the Yamaha RD350 – with added water-cooling and heavily modified porting and exhaust systems to keep the engine within the EPA’s regulations, despite this the model wasn’t officially sold in the USA until a few years after its initial release. It was available in Canada, Australia and much of western Europe where it quickly developed a cult following that persists to this day.

The heart and soul of the RD350LC is its engine – a power unit that would stay in non-stop production from 1980 until 2012, giving it an astonishing 32 year run. The addition of water cooling meant the engine was far quieter and less buzzy that its air-cooled equivalents, the more stable thermal environment also reduced the number of spark plug failures which significantly boosted reliability.

The light-weight frame and relatively small engine contributed to the RD350LC’s giant-killing performance, this was a bike that handled well and could out-accelrated almost anything so long as the rider could keep the tachometer needle banging off the red line.

The Yamaha RD350LC you see here is presented in its original Kenny Roberts paint scheme, the engine has been rebuilt by Bob Farnham and custom steel expansion chambers were custom built by Jim Lomas. It’s now easily one of the finest non-museum examples of the RD350LC anywhere in the world, it also happens to be for sale via Proper Bikes – for those of you who fancy the idea of spanking modern sportbikes before breakfast on the weekends. 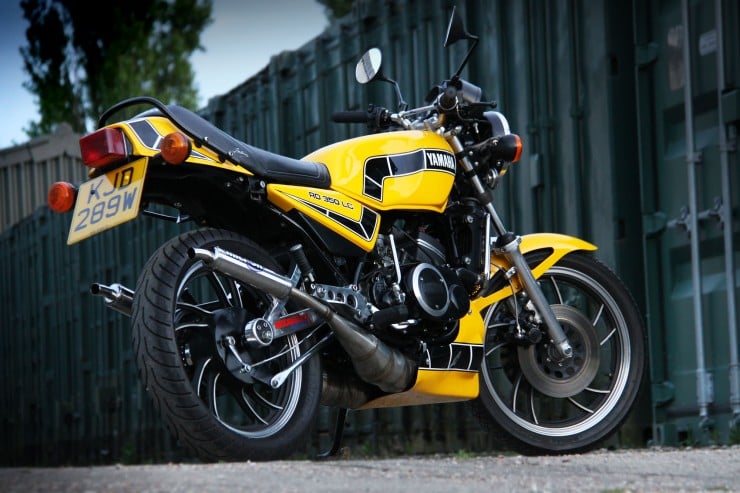 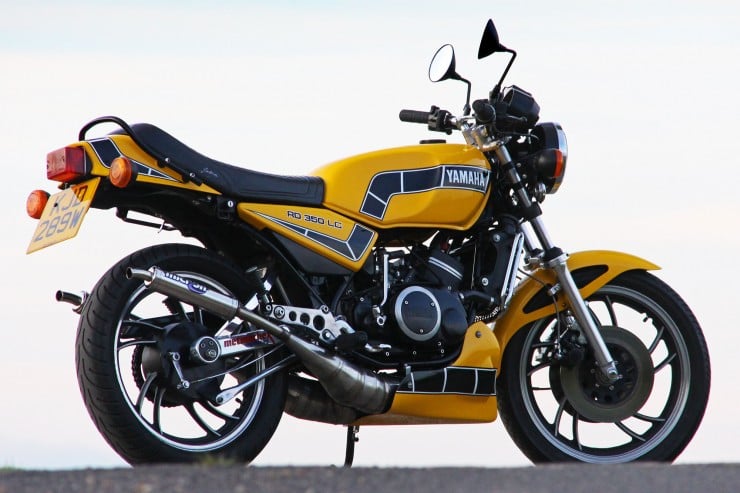 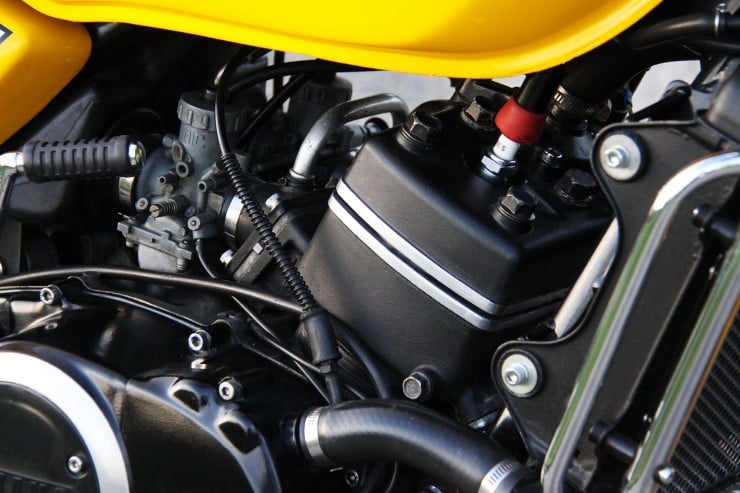 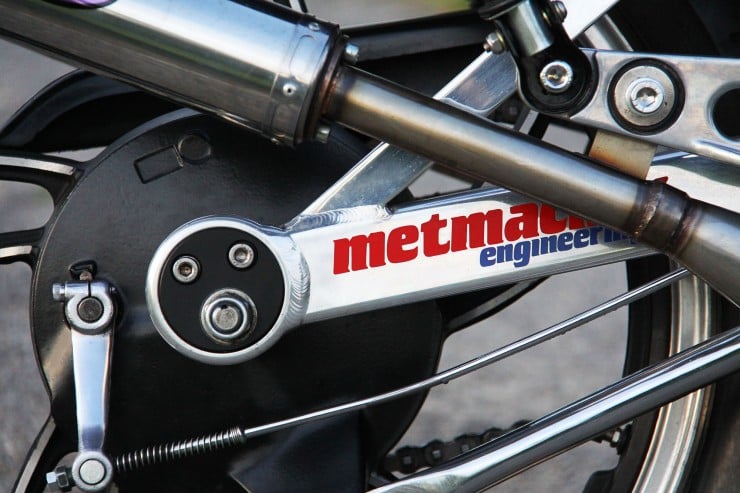 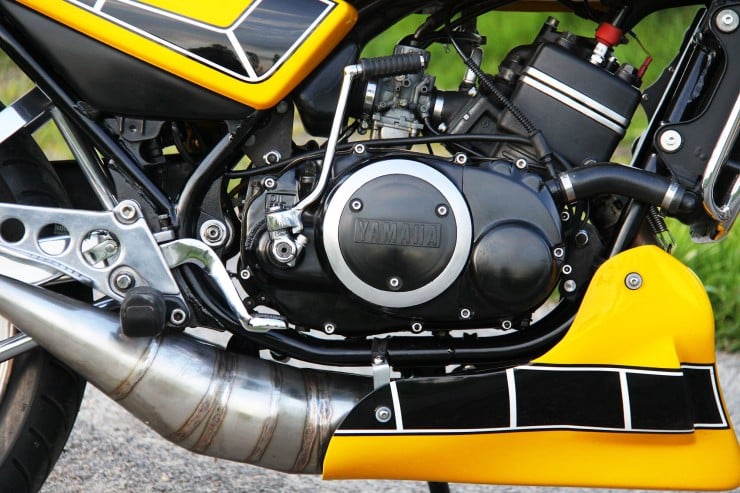 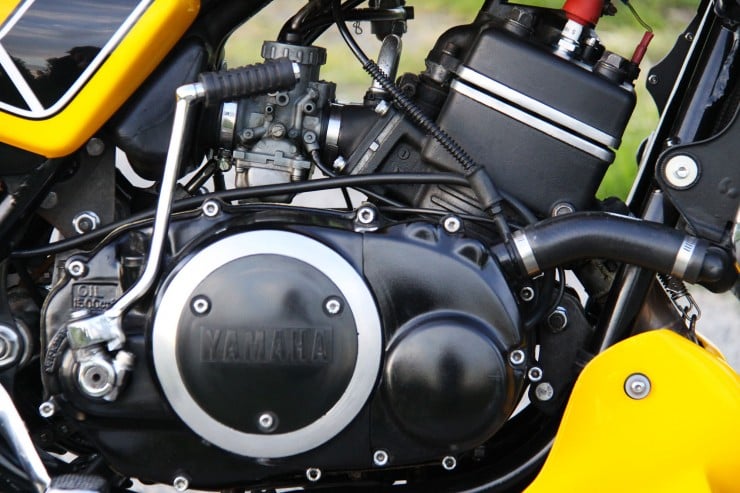 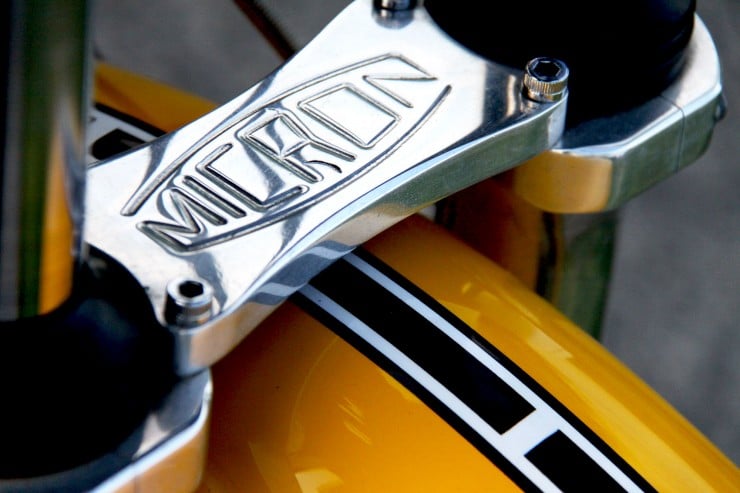 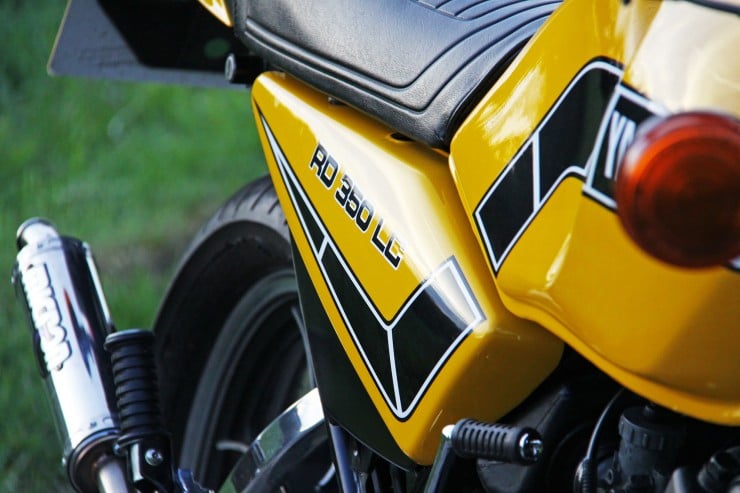 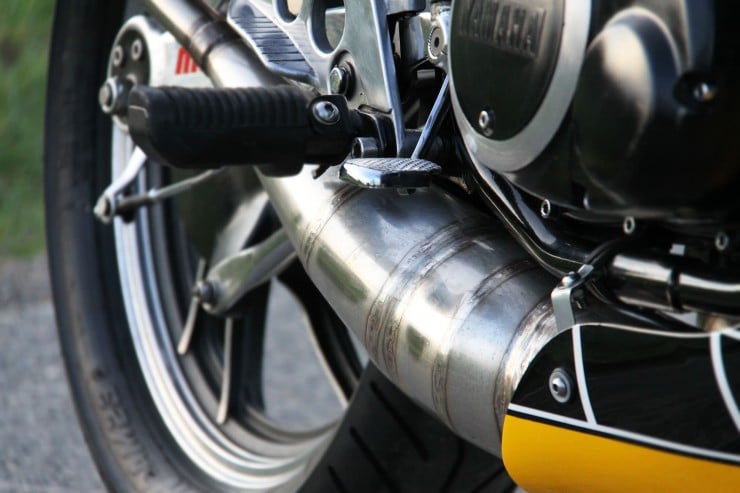 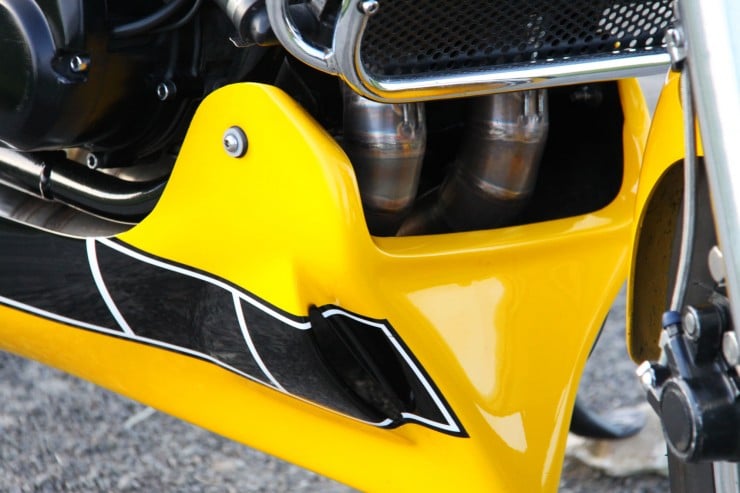 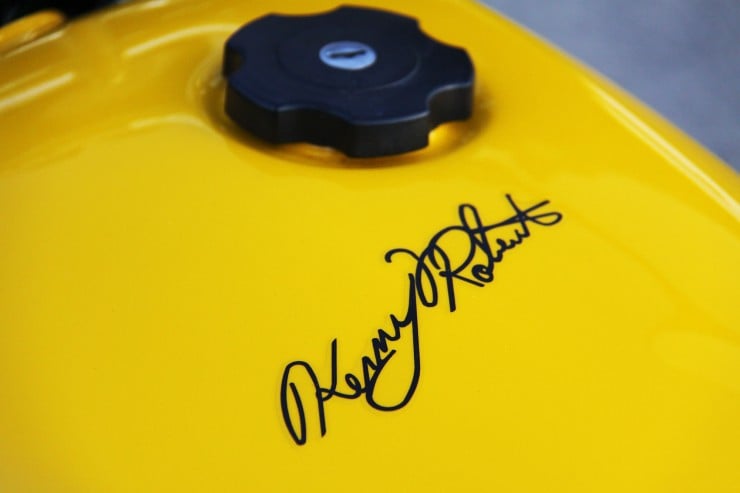 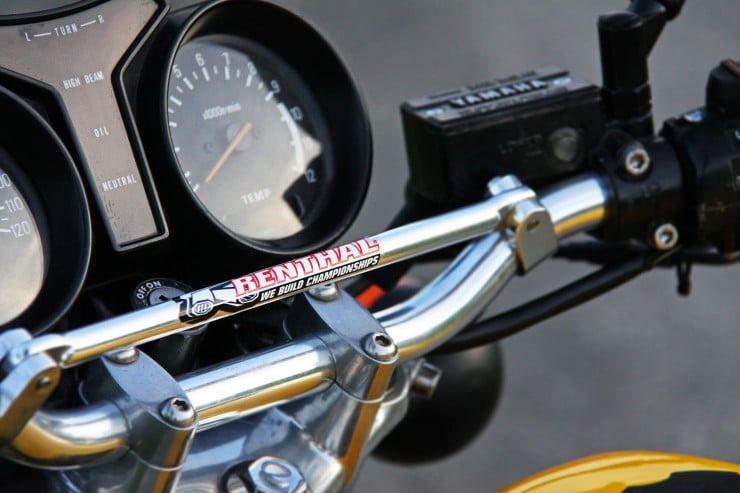 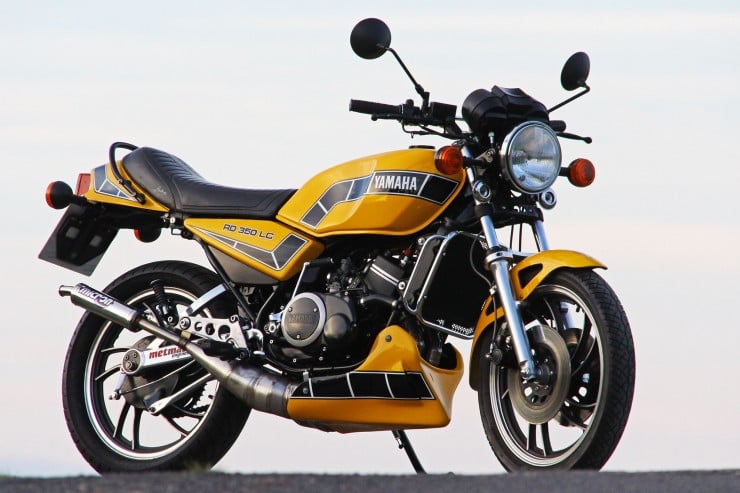 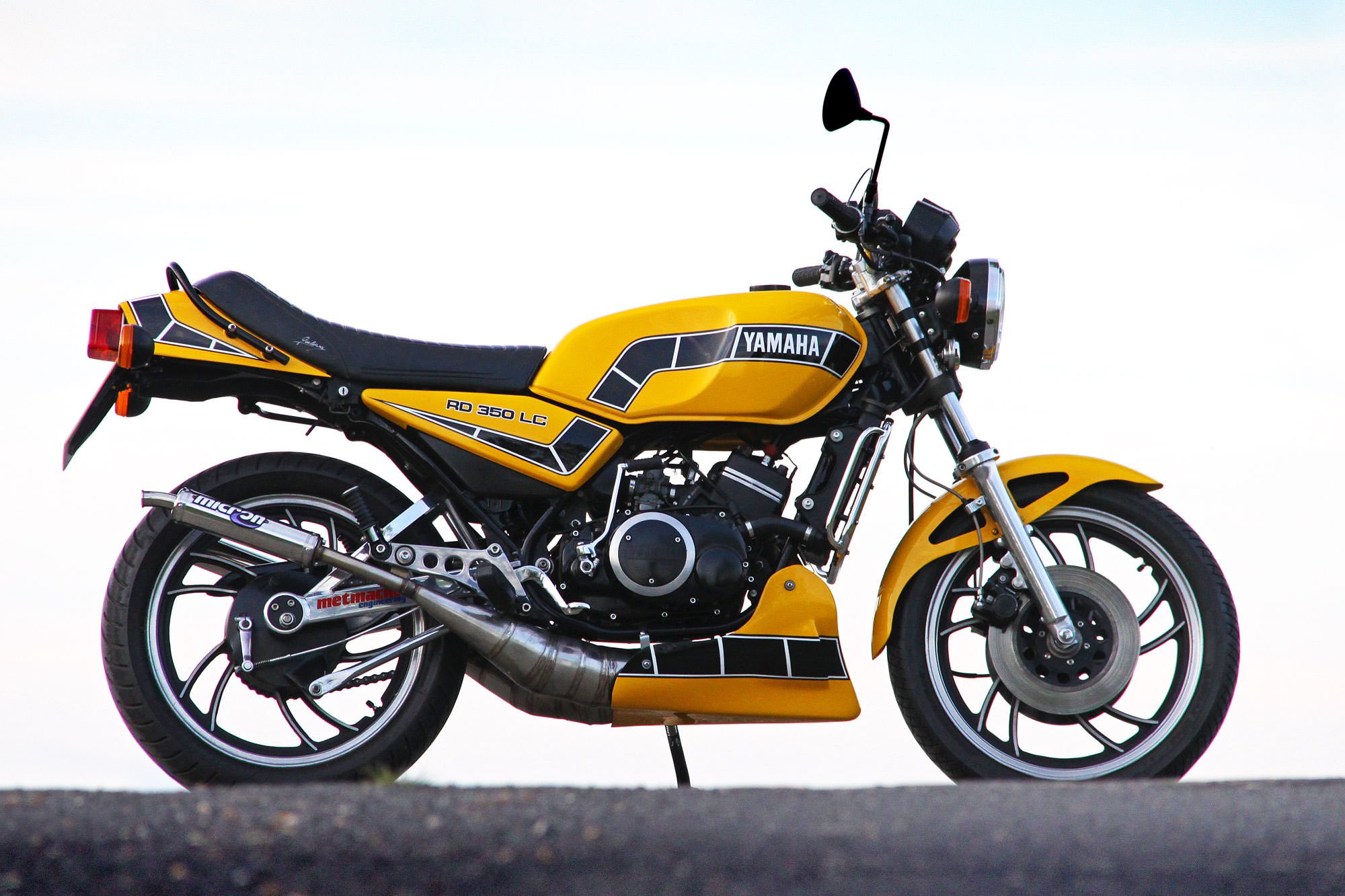