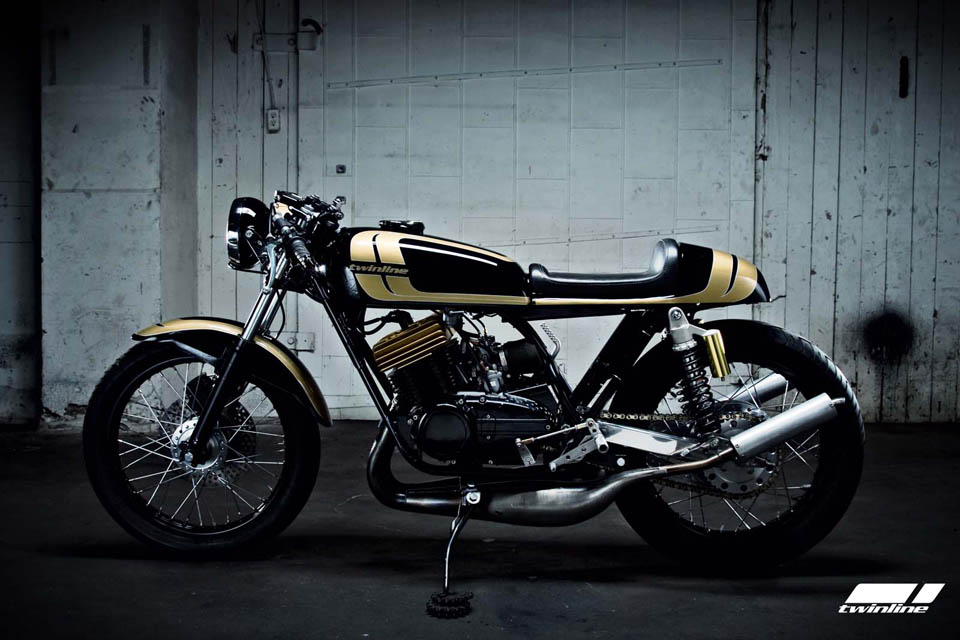 You don’t often see 2-stroke bikes getting the makeover treatment, Twinline decided to step up and make things right with this exceptional Yamaha RD350 custom featuring some phenomenal paint work and a unique  “goldhead” 2-stroke powerplant.

These bikes were renowned for being extremely fast and word has it that if you weren’t holding on tight when you accelerated, you’d fall off the back.

The bike is now happily settled in with its owner, if you happen to see a cloud of blue smoke, a trail of burnt rubber and a golden blur, that’ll be the RD350 overtaking you. 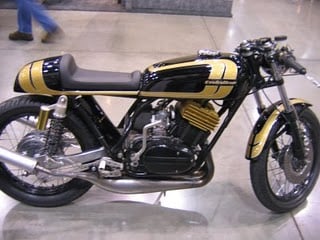 Read more about the Yamaha RD350 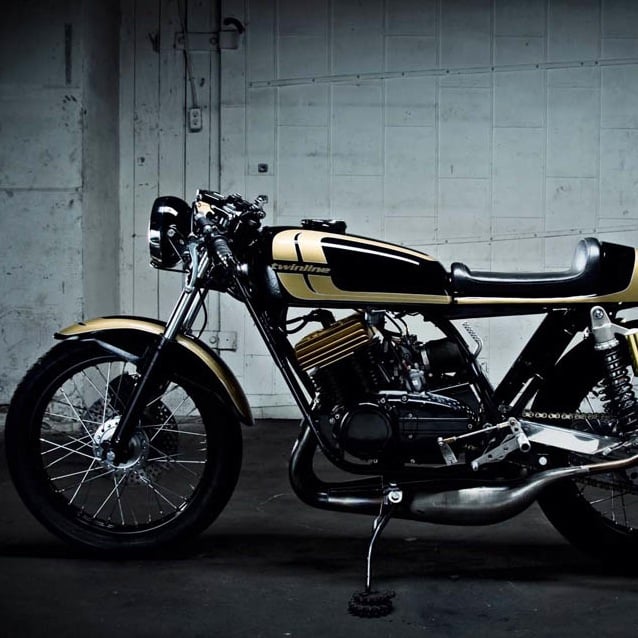