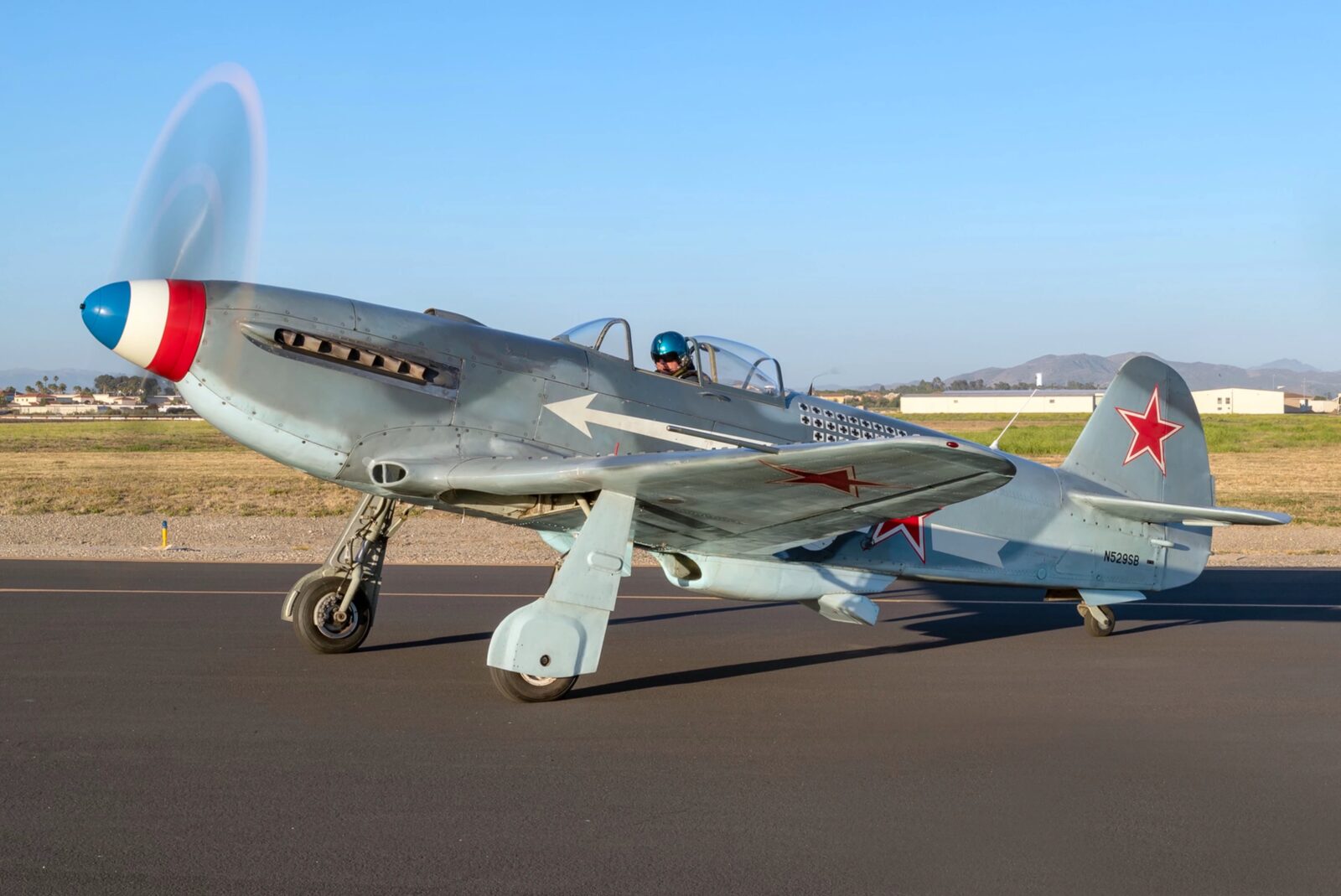 The Yakovlev Yak-3 was the Soviet WWII fighter that helped assert air dominance over the Eastern Front in the closing stages of the war. The Yak-3 was put into service relatively late in the conflict, in June of 1944, however it quickly became a favorite of both the Soviet pilots and the ground crews due to its excellent power-to-weight ratio, its handling, and its ease of maintenance.

The Soviets played a huge role in the Second World War yet in the West we typically know far less about their aircraft than we do about the planes used by the British, Americans, and Germans.

Many people can tell you the names of a few WWII fighters off the top of their heads, names like Spitfire, Hurricane, P-51 Mustang, ME 109, Hellcat, and Corsair come up but I’m yet to hear anyone mention the trusty Russian Yaks.

The Yak family of fighters started with the Yak-1 in 1940, it was designed and built by JSC A.S. Yakovlev Design Bureau – commonly just referred to as “Yakovlev.” The Yak-1 suffered from a slew of quality-control problems, well over 10,000 changes were made to its blueprints over the course of its four year production run. Many aircraft were lost due to structural failures – the plywood wings in particular had a bad habit of delaminating at inopportune moments mid-flight.

The Yak-3 was somewhat similar in outward appearance to the older Yak-1 however the new aircraft was vastly improved in every conceivable way and it was able to immediately take the fight to the German aircraft on the Eastern Front.

Needless to say the Germans were surprised by this new aircraft and the Luftwaffe was losing so many aircraft they issued an order to “avoid combat below five thousand metres with Yakovlev fighters lacking an oil cooler intake beneath the nose!” – a description of the Yak-3.

A number of different Yak-3 variants were built, with different armaments, engines, and other specifications. Most examples of the aircraft were powered by the Klimov M-105PF2, this was a liquid-cooled V12 aero engine, versions of which were used extensively on Soviet aircraft during the war.

Above Video: This almost hour-long documentary showcases many Soviet aircraft of the era, including the Yak-3.

Its been said that the engine drew heavily on its designer’s experience with the Hispano-Suiza, however there were several notable differences including the use of a counter-balanced crankshaft and two intake valves per cylinder.

Modified versions of this engine were able to accommodate a cannon that fired through the propeller shaft and straight out of the aircraft’s nose cone. The PF2 variant used in most Yak-3s was capable of 1,360 hp, which compares favorably with similar engines from other WWII fighters.

By the end of production in 1946 almost 5,000 examples of the Yak-3 had been built, very few survived to the modern day however, and fewer still are in airworthy condition.

The aircraft you see here is a 1945 Yak-3 that has a few modifications to improve it and keep it airworthy.

The original engine has been replaced with an Allison V-1710 V12, this is an American WWII-era V12 aero engine that was used in a wide range of American aircraft including the Boeing XB-38 Flying Fortress, the Curtiss P-40 Warhawk, the Lockheed P-38 Lightning, the North American F-82 Twin Mustang, and many others.

The Allison is far easier to source parts for and there’s plenty of engineers around who can work on them, this particular engine received a major overhaul by Vintage V-12s and has only accumulated 10 flight hours since.

The aircraft is currently based in California and it’s being offered for sale through Platinum Fighter Sales for $395,000 USD. If you’d like to read more about it or enquire about buying it you can click here to visit the listing. 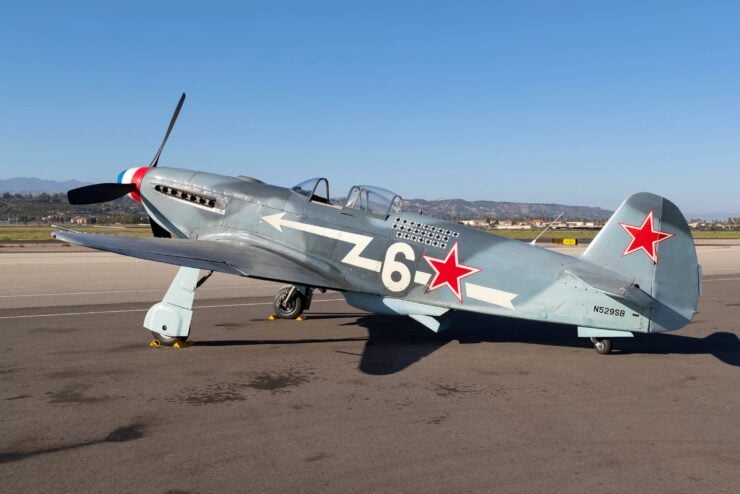