This is a WW2 pilot training film that’ll teach you how to fly the Grumman F6F Hellcat – widely regarded to be one of the toughest fighters of the conflict. As many of us around the world are currently living under some form of quarantine, I thought we might as well spend a little time learning how to fly 2,000 hp fighter aircraft from the Second World War.

Despite the running time of just 20 minutes this film does a remarkable job of showing the procedures for start up, take off, general flight, landing, and shut off. The slew of levers switches and buttons must have taken some time for pilots to fully grasp, particularly when using them all under pressure in combat or during aircraft carrier take off and landings.

The Grumman F6F Hellcat, typically just called the “Hellcat”, was the US Navy’s dominant carrier-based fighter in the Pacific theatre of war. The aircraft had been designed to counter and defeat the Japanese Mitsubishi A6M Zero which it did with signifiant success, taking down 5,223 by the end of the war. 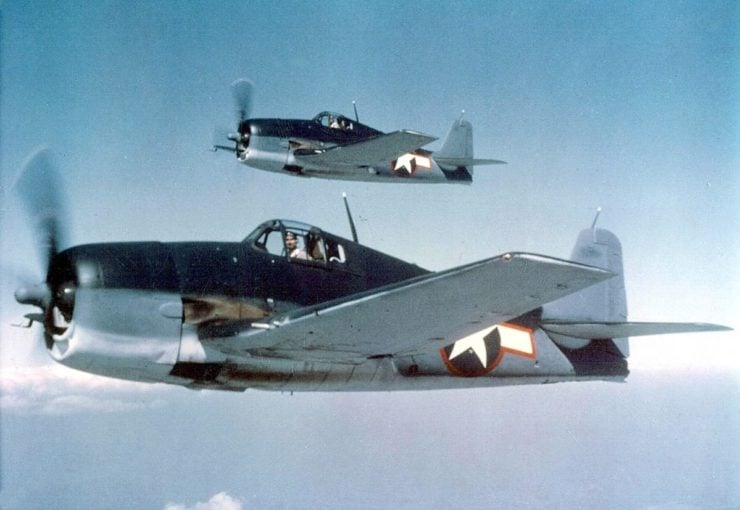 From the outset the Hellcat was designed to be as tough as possible and get the pilot back to safety. A bullet-resistant windshield was used and each plane had 212 lbs of armor installed around the cockpit to protect the pilot, there was also armor fitted around the oil tank and oil cooler, and a 250 gallon self-sealing fuel tank was fitted.

Standard armament on included six .50 inch M2/AN Browning air-cooled machine guns with 400 rounds per gun, making the Hellcat a formidable aircraft to have on your tail. In just two years 12,275 Hellcats were built, they were largely phased out of service after WW2 however they remained a popular night fighter through till the mid-1950s.

Many Hellcats have survived and they remain popular warbirds, most are now in private hands and they’re a common sight at airshows in the United States. 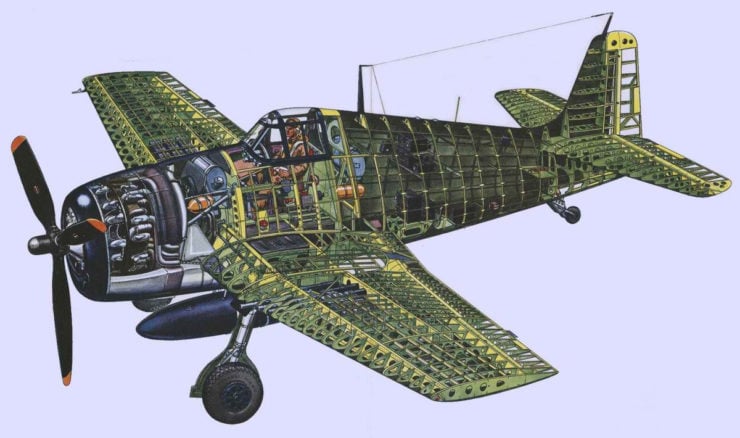 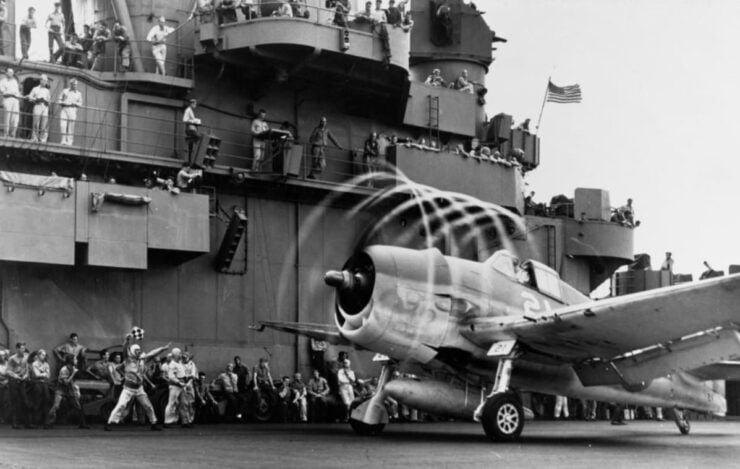 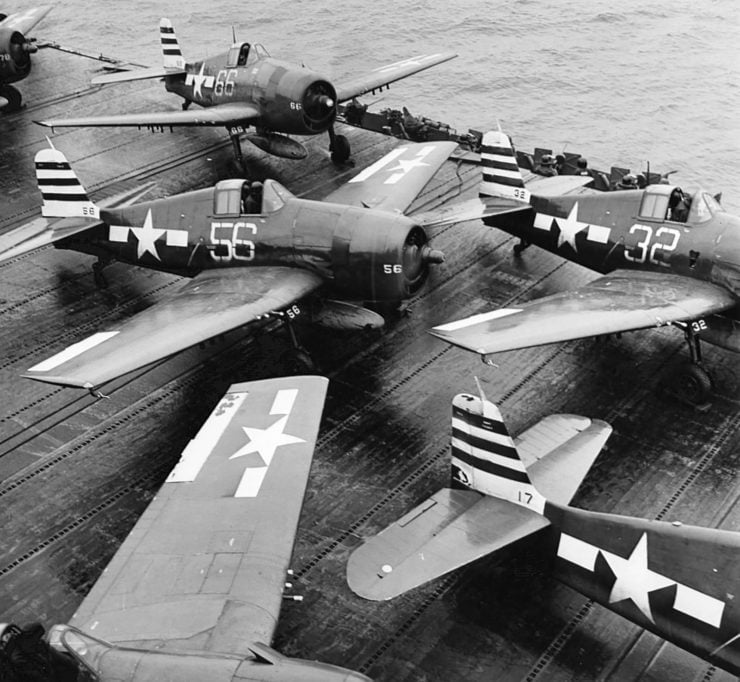 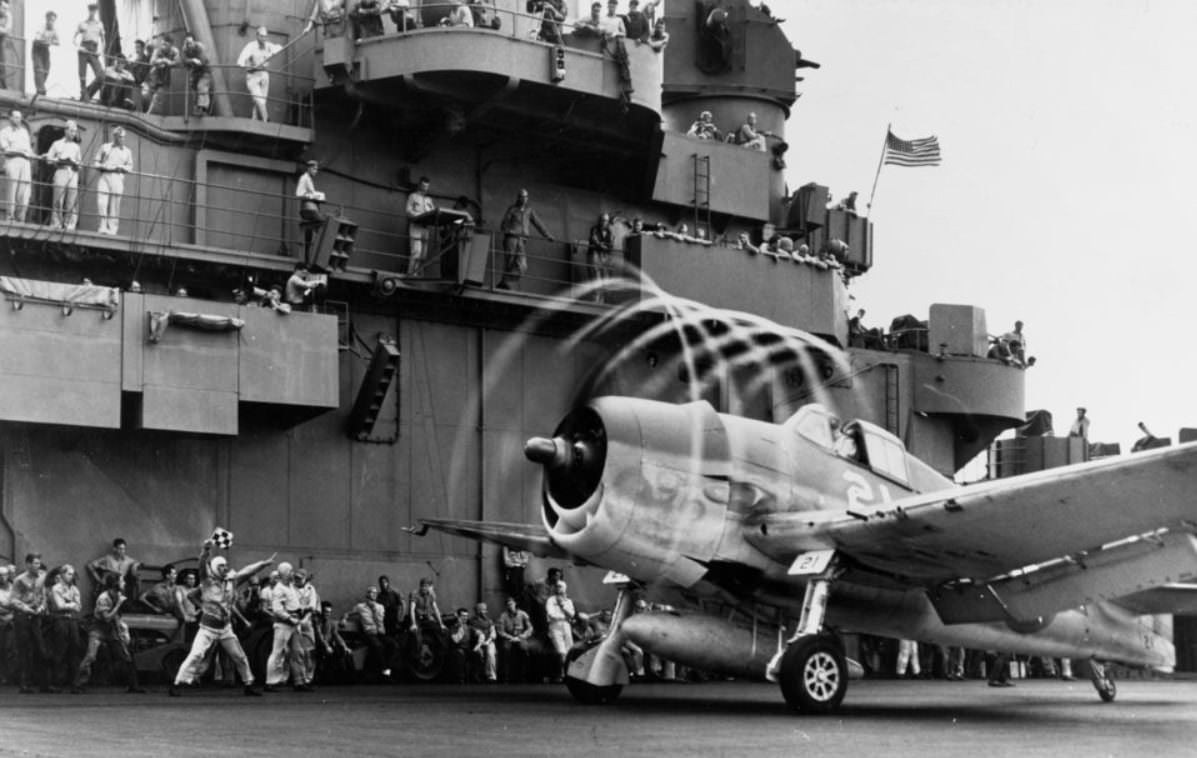