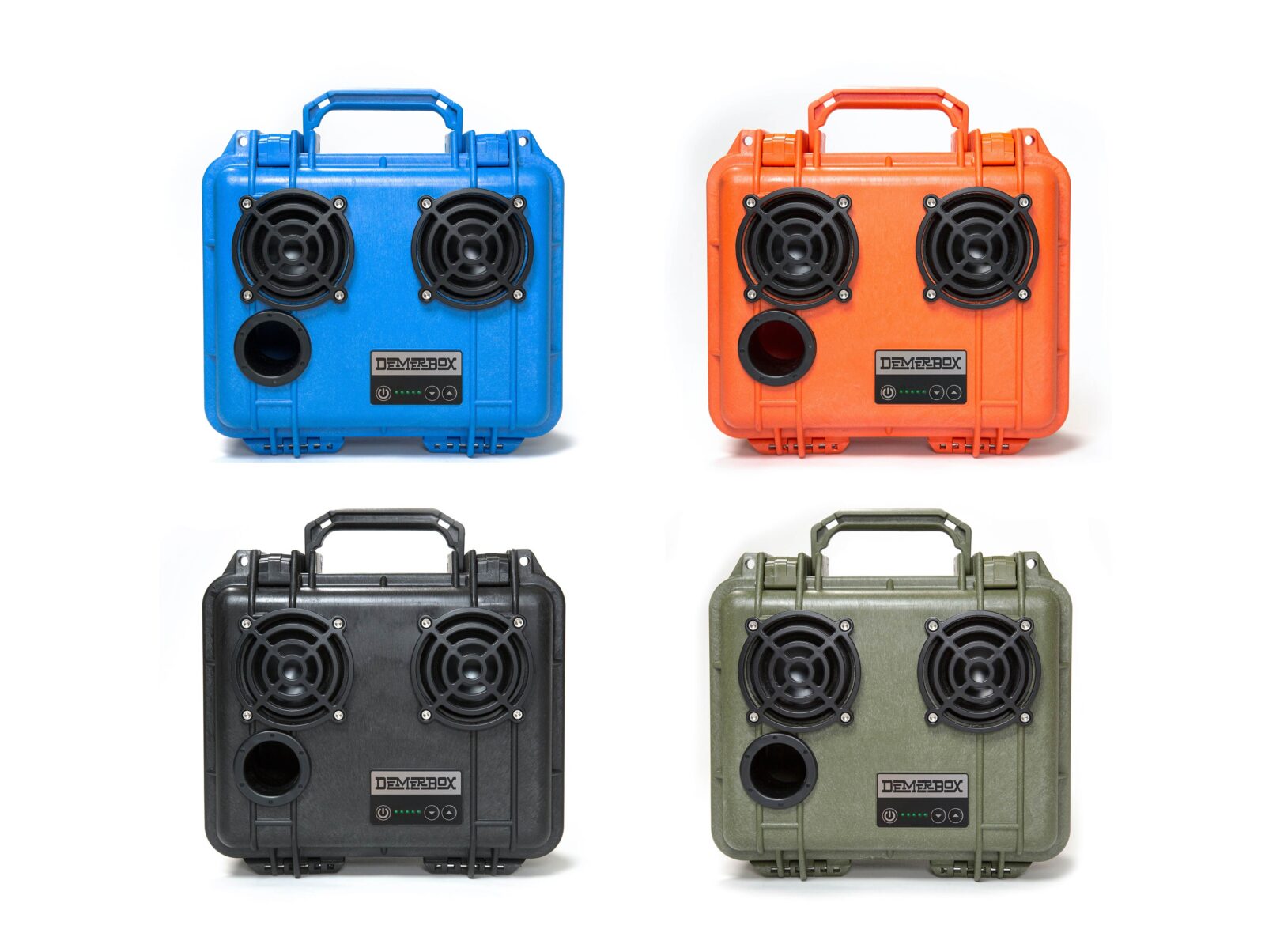 This is the DemerBox DB2, it’s the new version of the classic DemerBox that’s been around for years, though now it’s been updated after the company was bought by three-time Grammy award winner Zac Brown.

For those unfamiliar with the DemerBox it’s a waterproof Bluetooth speaker box with a built-in lithium-ion battery good for 40+ hours of music. Up to 6 DemerBoxes can be linked together to create a surround sound system, and they have USB ports allowing you to use the built-in battery to charge your smartphone, GPS unit, or any other devices you may have on hand.

Each DemerBox is handmade in the USA, they start with a crush-proof Pelican case which then undergoes a series of modifications to install the speakers and internal components When complete it weighs in at just 5.44 lbs, making it ideal for carrying on hiking and camping trips.

Above Image: The DB2 has space inside to store smaller items you want to keep safe from the rain, snow, and mud.

There is additional space inside the DemerBox for storing small items you want to keep dry, like waterproof matches and electronic devices. The box measures in at 10.62 x 9.68 x 6.87 inches, it has a carry handle on top, and a plug that you fit to the hole in the front to keep the inside dry when it’s not in use.

The company is offering the DemerBox DB2 in six colorways including Barrow Black, Fraser Tan, Haast Orange, Paniman Yellow, Pesaro Green, and Roseau Blue. The cost is $349 USD and they come with free U.S. shipping. 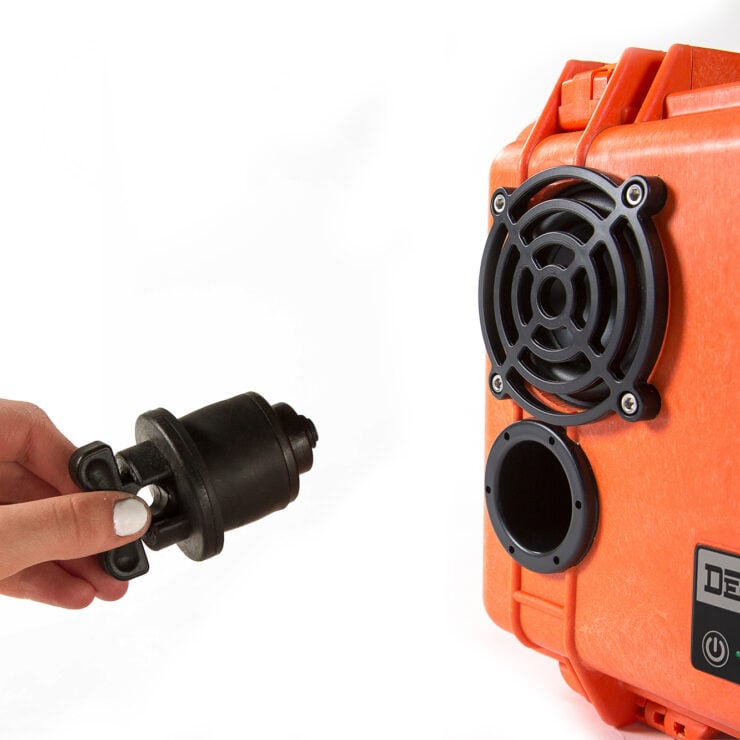 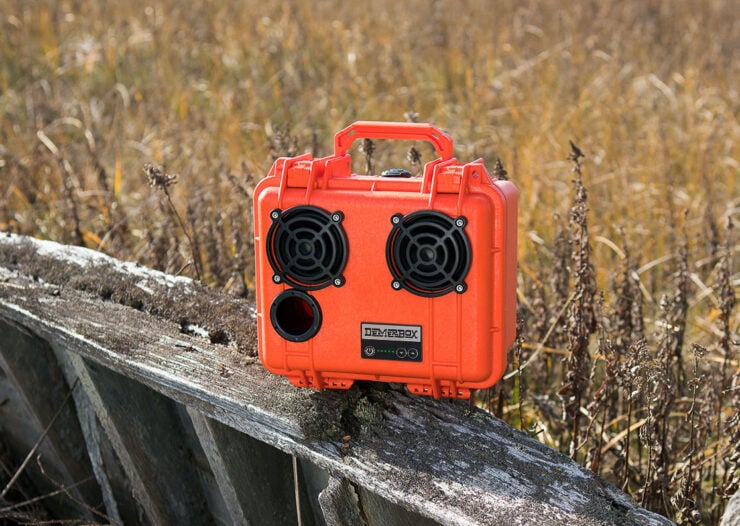 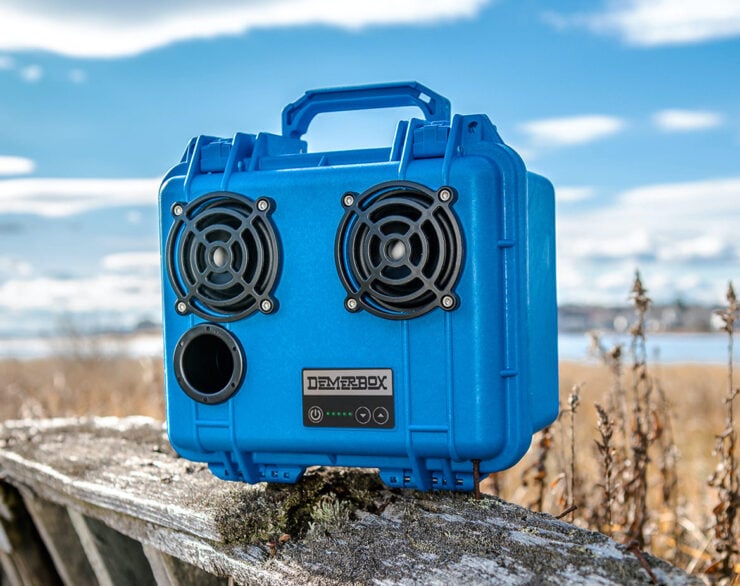 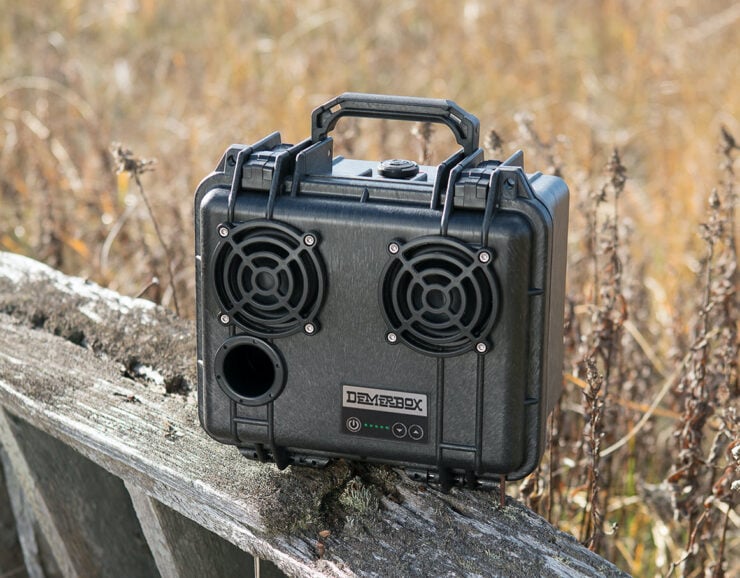