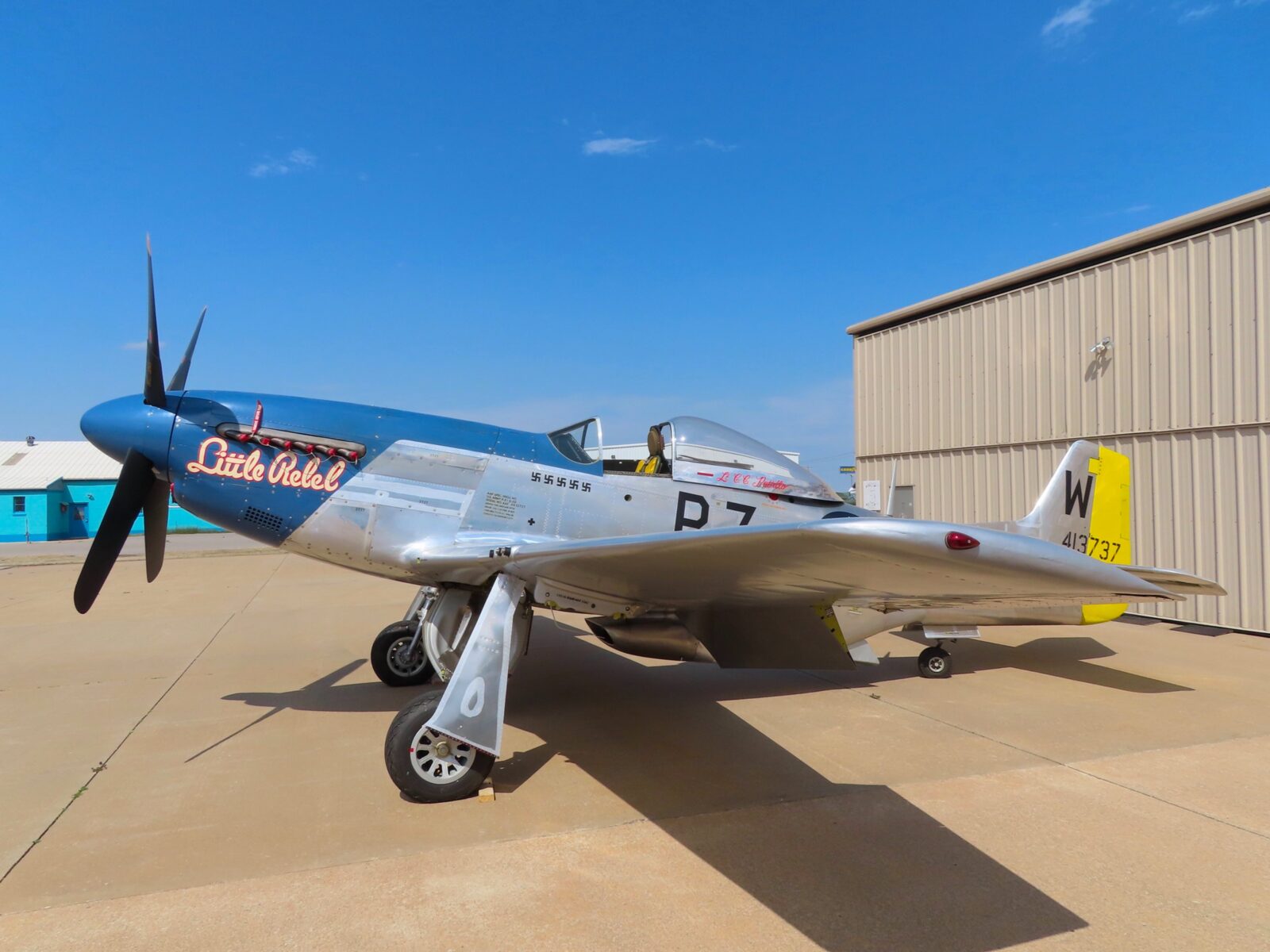 This is an original 1945 North American P-51D Mustang, it’s been comprehensively restored and it now has just 88 hours of air time since completed.

The asking price of $2,250,000 USD will put it out of reach of most of us, however there is a well-heeled faction of the petrolhead world made up of people who buy warbirds like this and fly them regularly for fun, racing, and public exhibition.

Although many consider it the greatest American fighter of WWII and possibly the best American piston fighter of all time, the P-51D owes much of its existence to the Brits.

The project to build the Mustang was triggered by a request from the British Purchasing Commission for North American Aviation to build Curtiss P-40 fighters under license for the British and Allied war effort before the United States joined the conflict.

The team at North American Aviation didn’t like the idea of building a plane designed by another manufacturer so instead they proposed a new, more advanced fighter design and the Brits signed off on it. Amazingly the design team headed by James Kindelberger rolled out their first prototype just 102 days later, and it first flew 52 days after that.

The early versions of the P-51 were powered by the Allison V-1710 engine which wasn’t capable of the kind of high altitude performance that was needed. Later versions received the British Rolls-Royce Merlin engine which vastly improved performance. The P-51D version received the Packard V-1650-7, a licensed version of the supercharged Merlin 66 – this is now widely thought to be the best iteration of the Mustang.

Over the course of WWII over 15,000 examples of the P-51 Mustang were built (across all variants), impressively some of them stayed in military service in some parts of the world well into the 1980s. 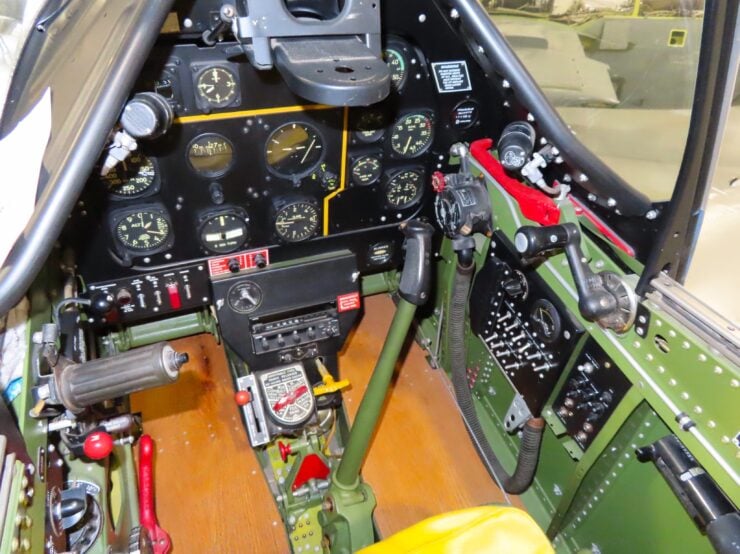 Above Image: The cockpit of the North American P-51D Mustang.

Today the surviving airworthy P-51s are highly sought after, and there’s a bustling global industry to provide them with parts, maintenance, and full restorations when needed. Prices range from under $1,000,000 for project planes in need of restorations to $2,000,000+ for aircraft like the one you see here that want for nothing and are ready to fly.

The aircraft you see here is a restored 1945 North American P-51D Mustang that has been given the same livery as “Little Rebel” – a famous Mustang from the war that was piloted by legendary airman Buck Pattillo.

The two men would serve out their remarkable careers flying F4 Phantom jets in Vietnam. Buck flew 120 combat missions and Bill flew a staggering 230. The brothers were eventually promoted to the rank of General and they retired in the early 1980s.

This aircraft has a fuselage restored by Tri State Aviation with wings by Odegaard Wings, it’s powered by a Packard -1650-7 that was rebuilt by Jay Johnson with 500 series heads and banks, and Roush pistons.

Power is sent through a Hamilton Standard 24D50 and the interior has been restored to WWII specification. The aircraft has won a slew of awards including Best P-51 in 2009, Silver Wrench – Bob Baker in 2009, and Best of Class in 2010 – all at Airventure EAA Oshkosh.

If you’d like to read more about this plane or enquire about buying it you can click here to visit the listing on Platinum Fighters. It’s currently listed with a price of $2,250,000 USD.

Above Video: A full-length, hour long documentary about the P-51 Mustang. 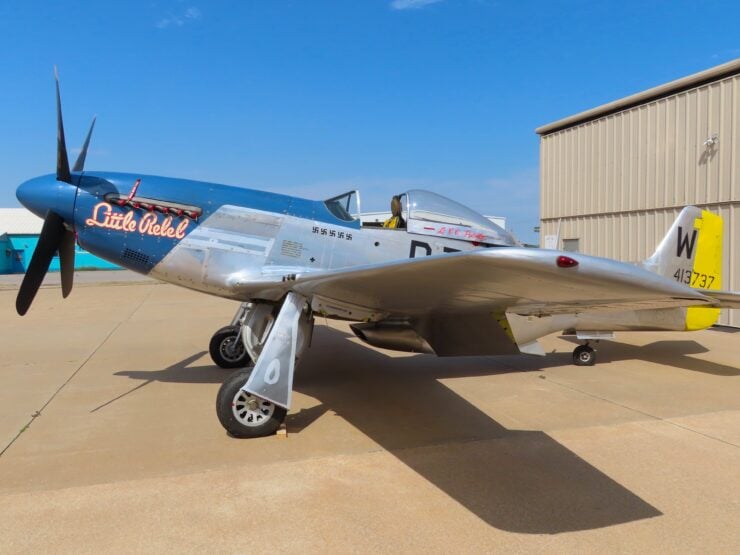 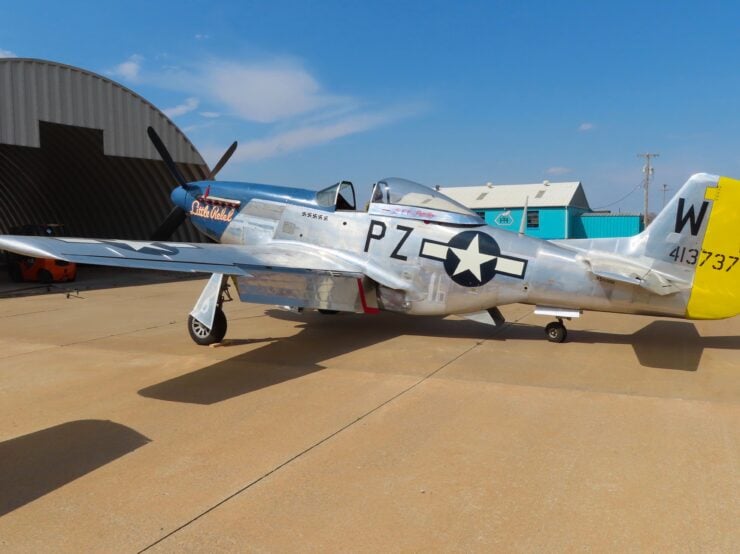 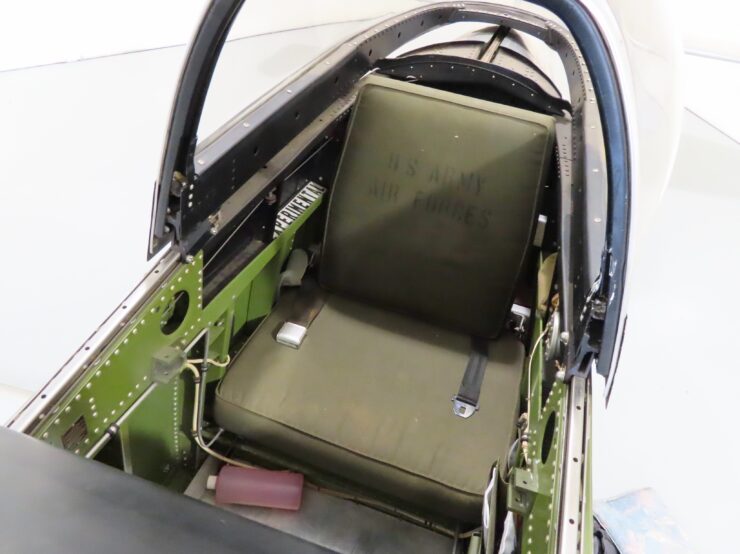 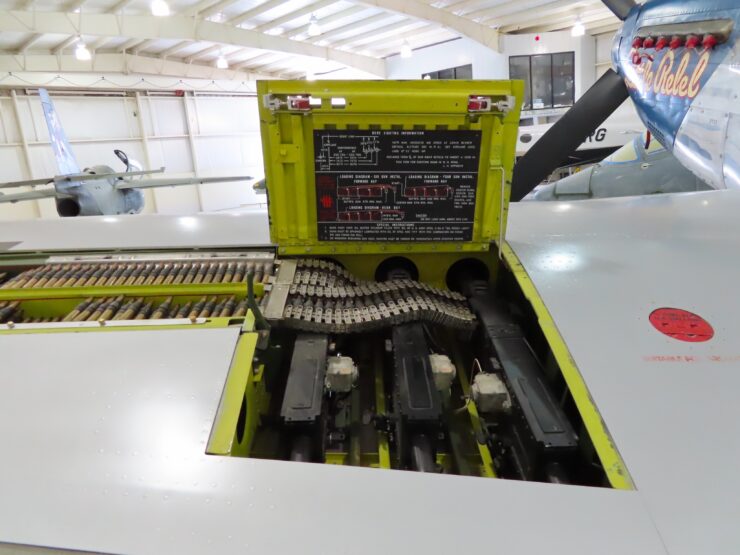 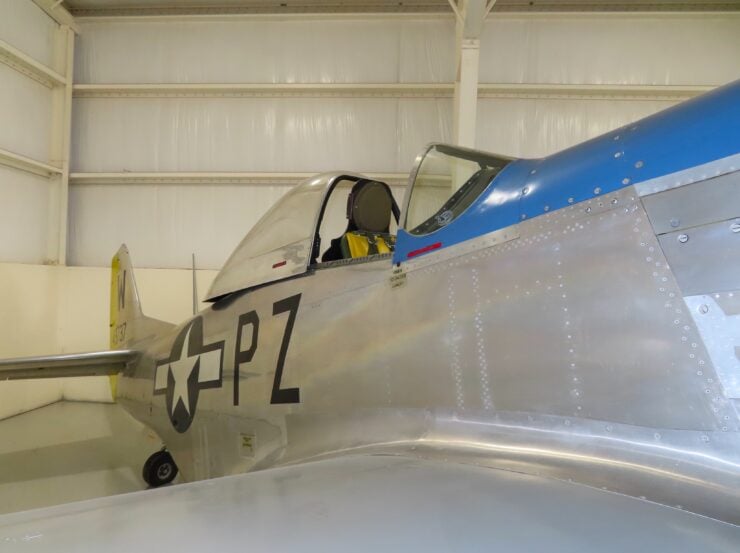 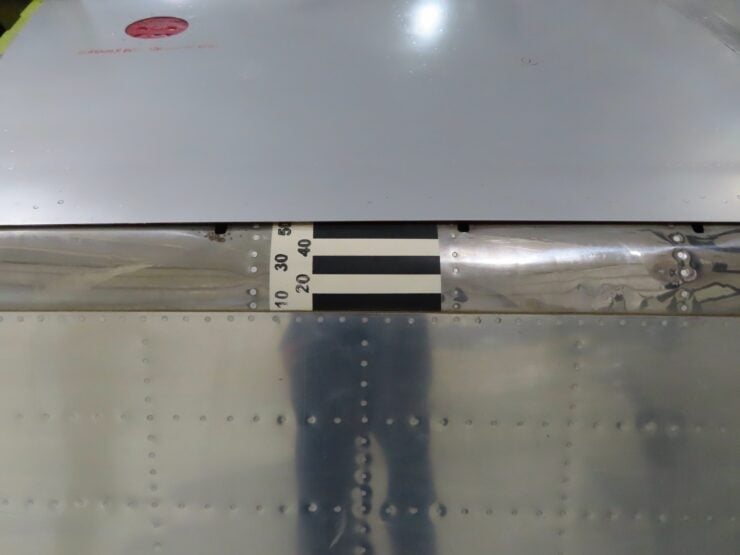 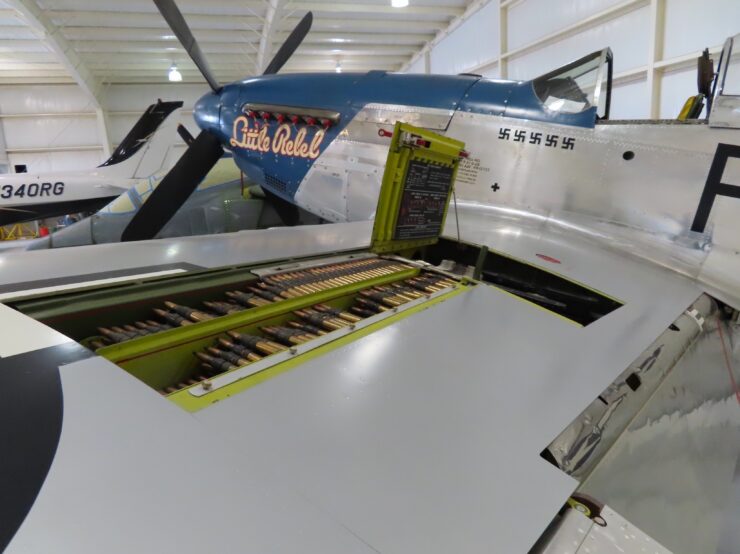 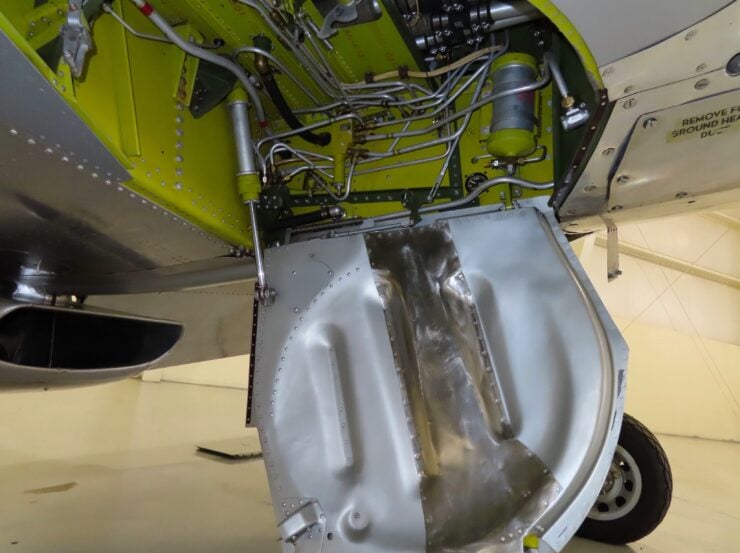 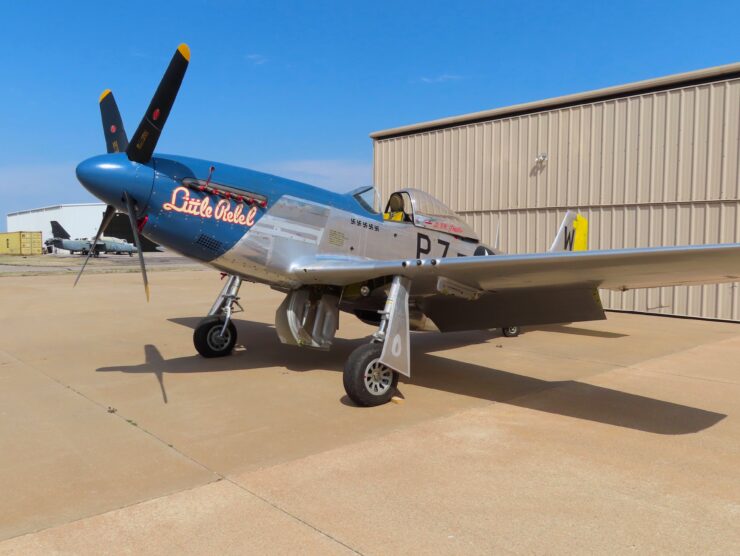 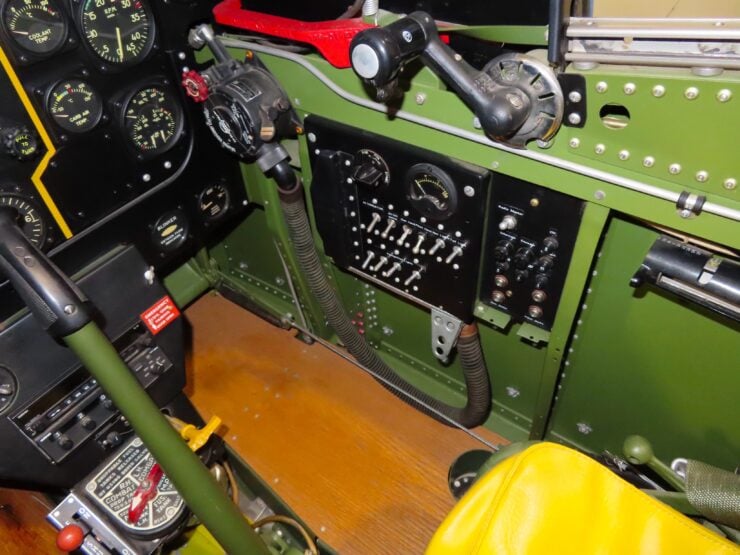 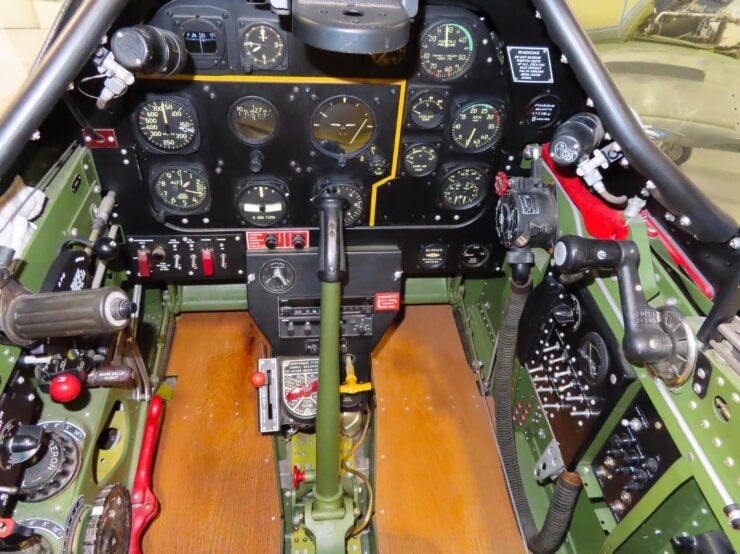 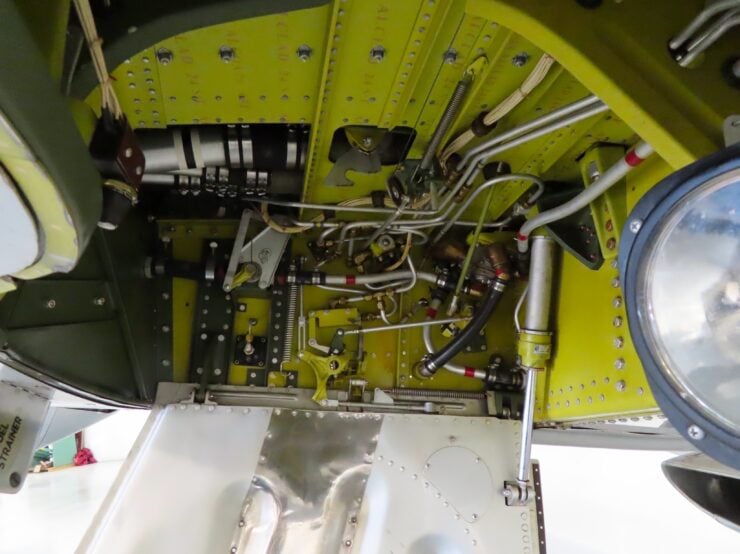