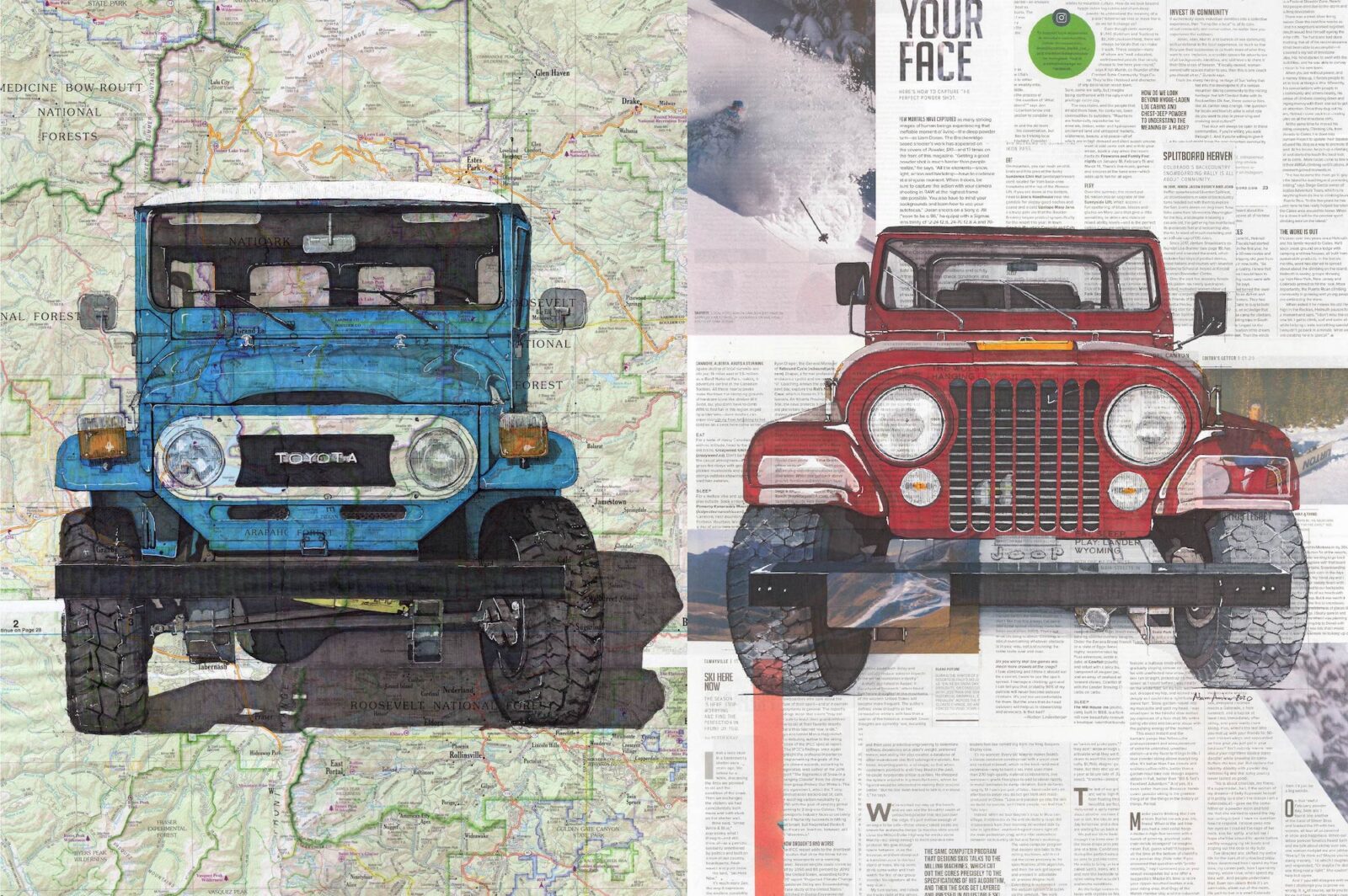 Adam Ambro grew up in a three bedroom house with a five bay garage, perhaps an indication of things to come as he’s now a celebrated architect with a passion for automobiles – though sadly he no longer has that five bay garage.

Adam’s art is a little unusual but I’m yet to meet a person who doesn’t love it on sight. Rather than using art paper or canvas he instead uses pens and markers to create what he calls “the world’s most iconic adventuremobiles” on anything from newspaper to old classified sections, maps, and brochures.

He explains further: “Each canvas is uniquely curated towards the adventure-based subjects leaving much to be discovered beyond the details of the drawing.” 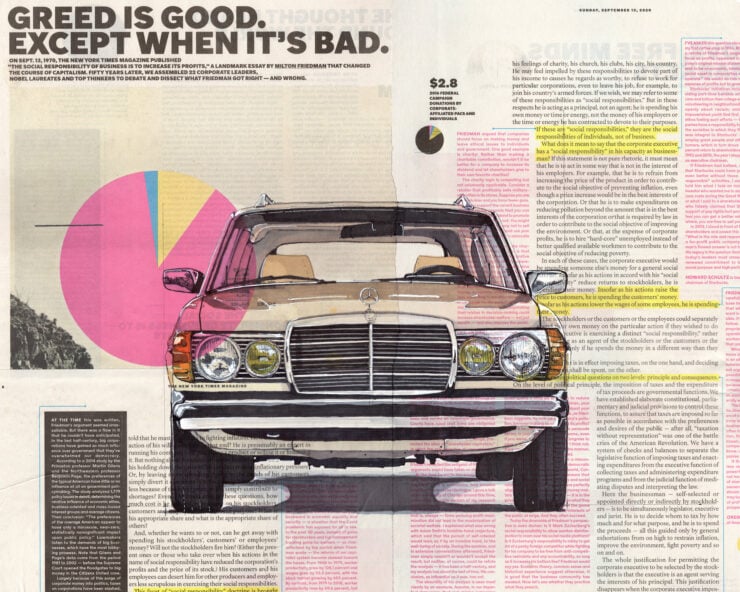 Both originals and prints of his work are available, the latter is far more affordable of course with prices starting at just $25 USD for an 11″ x 14″ and going up to $40 USD for the 16″ x 20″ size. At the time of writing there are 27 prints available on his web store and four originals, the prices on the originals start at $1,000 and go up to $1,200 USD.

Over the years Adam has drawn a huge array of vehicles, from Porsches and Ferraris to Land Rover Defenders and International Scouts and everything in between. His favorite subject matter is four-wheel drives, typically the kind of vintage four wheelers that many of us grew up around and that are now highly sought after by collectors. 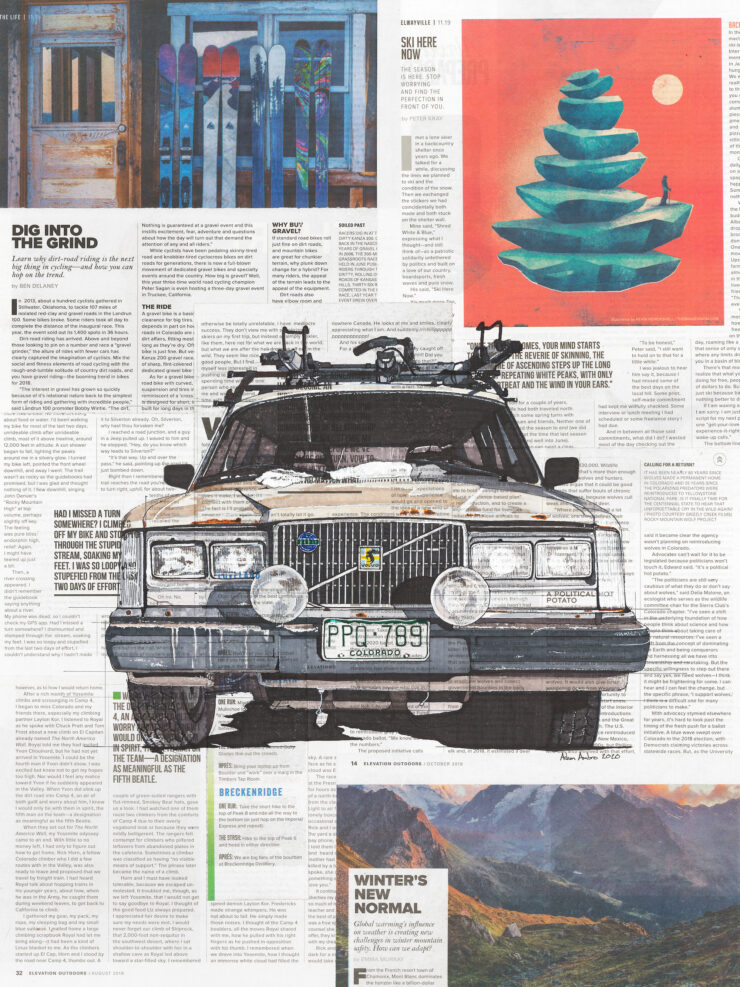 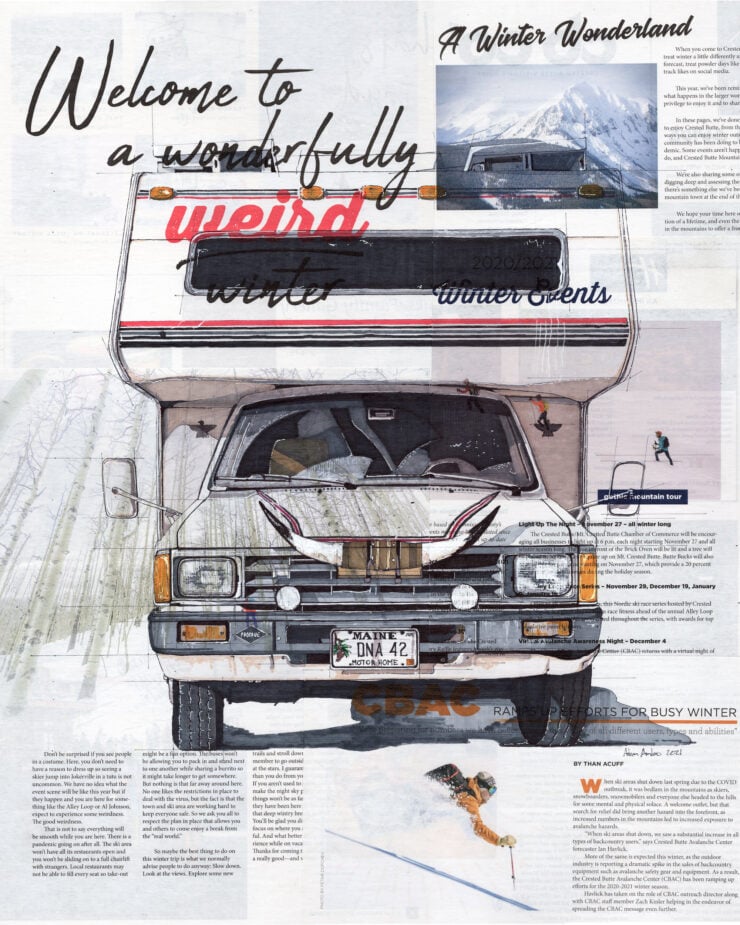 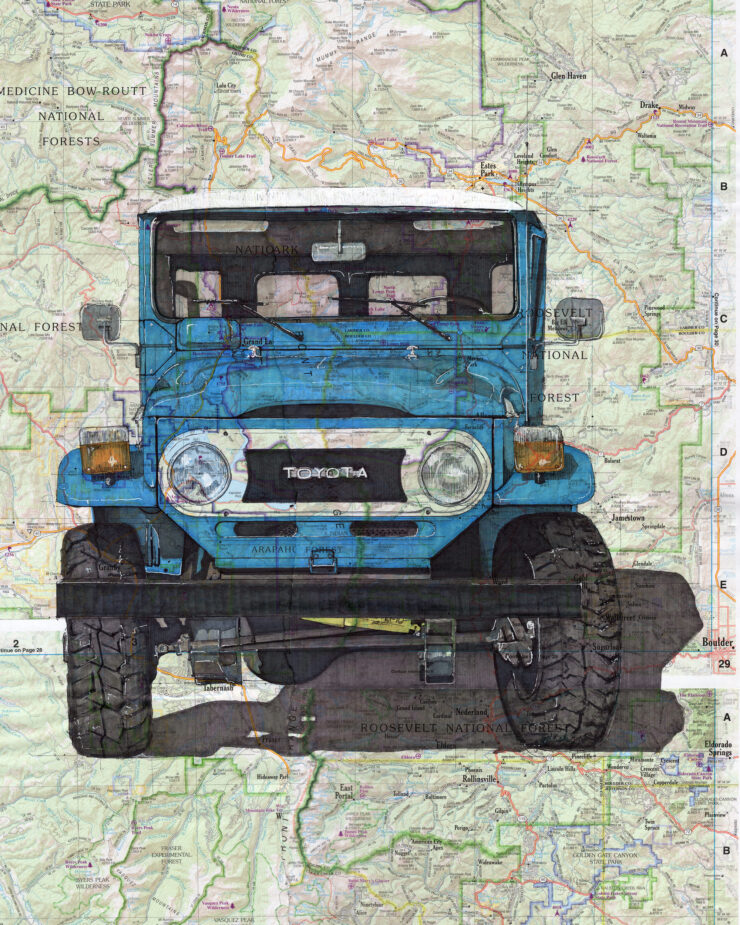 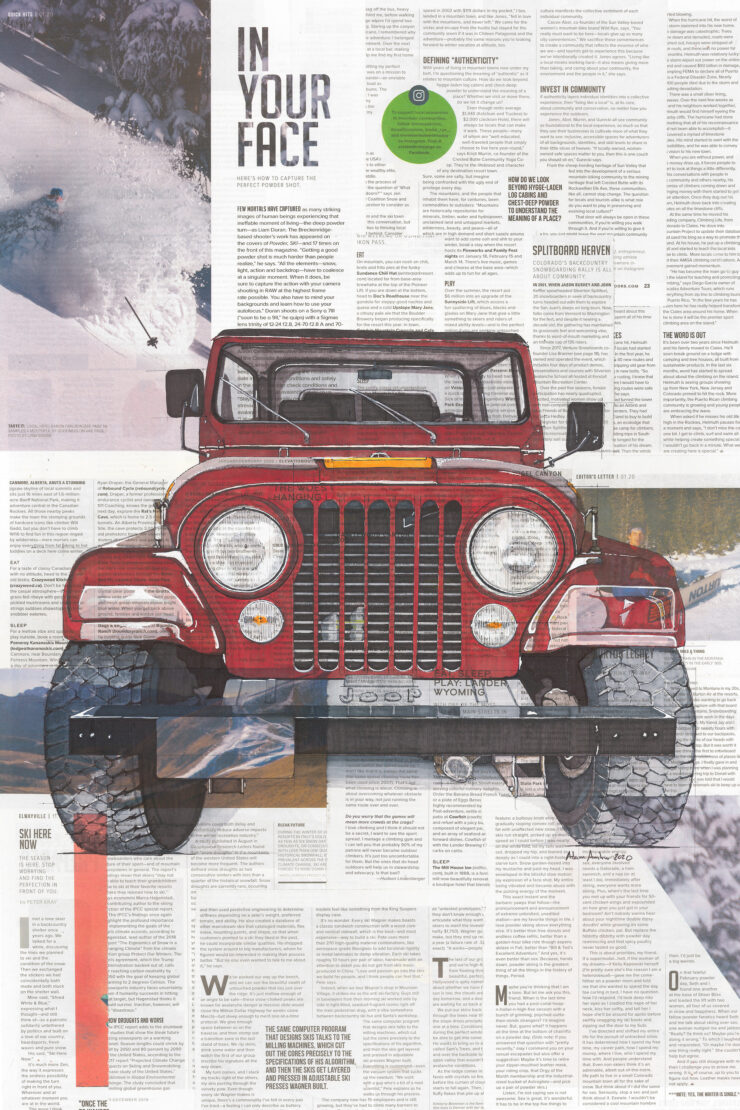 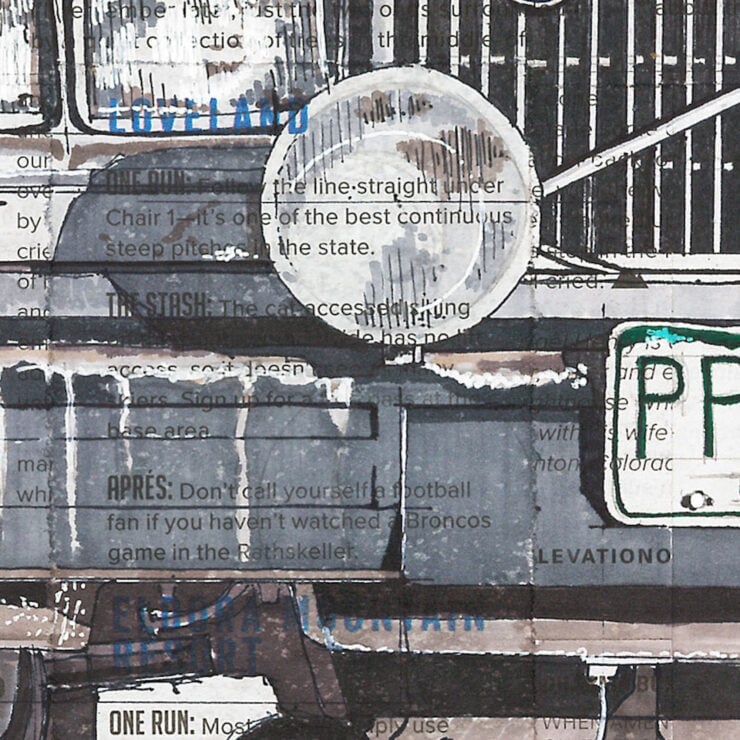 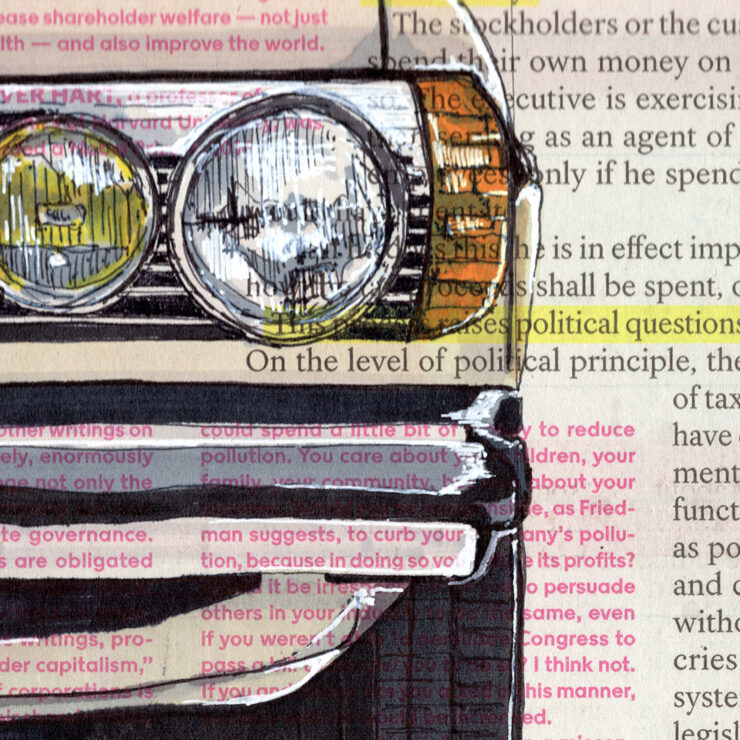 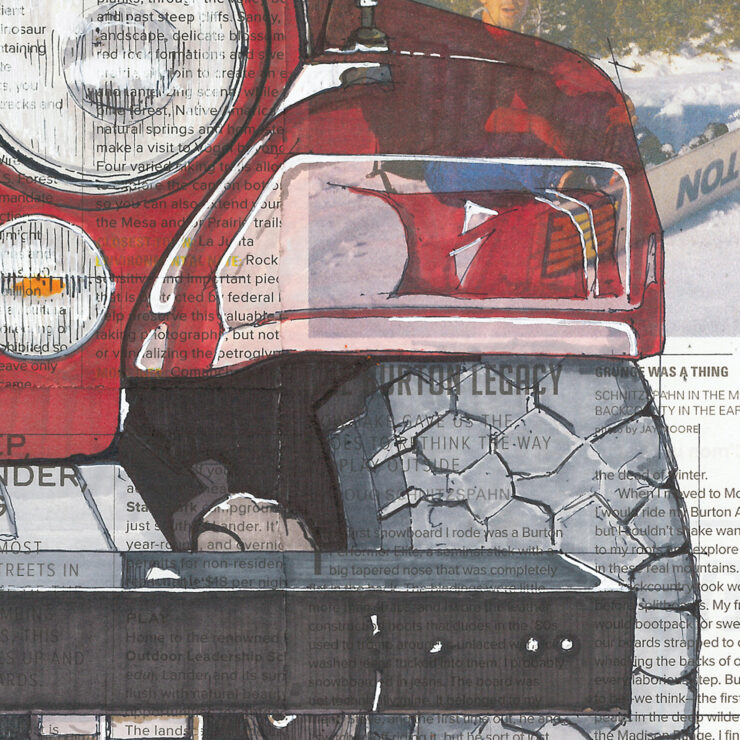 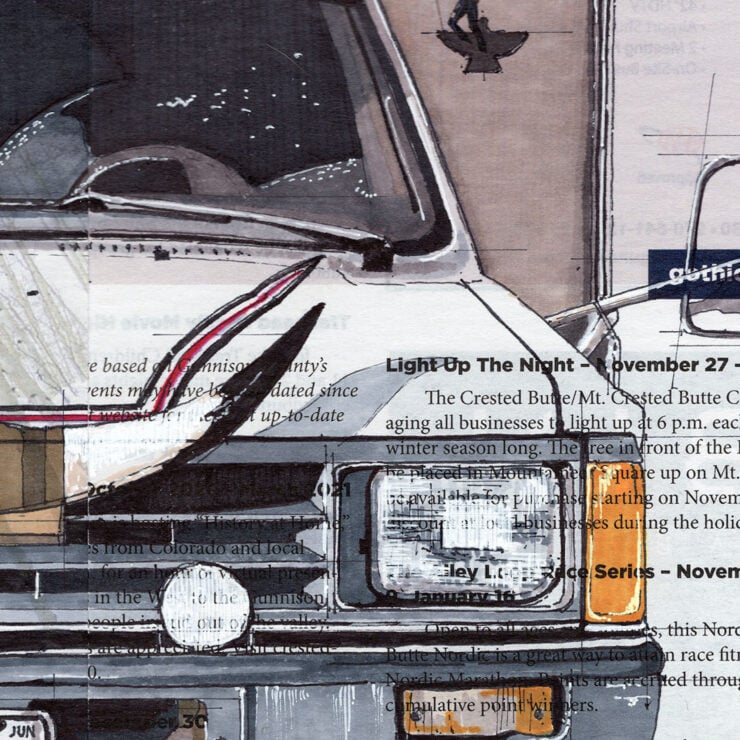 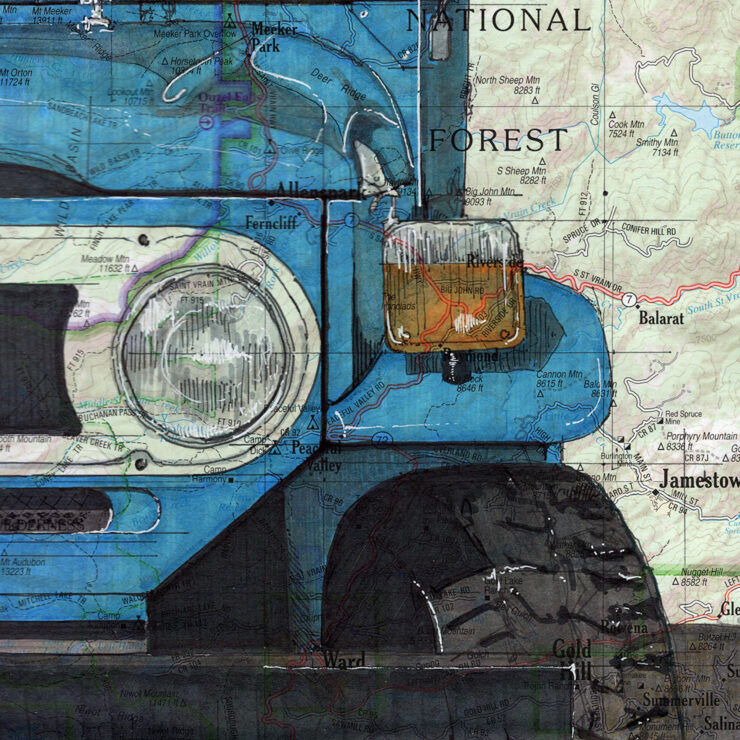