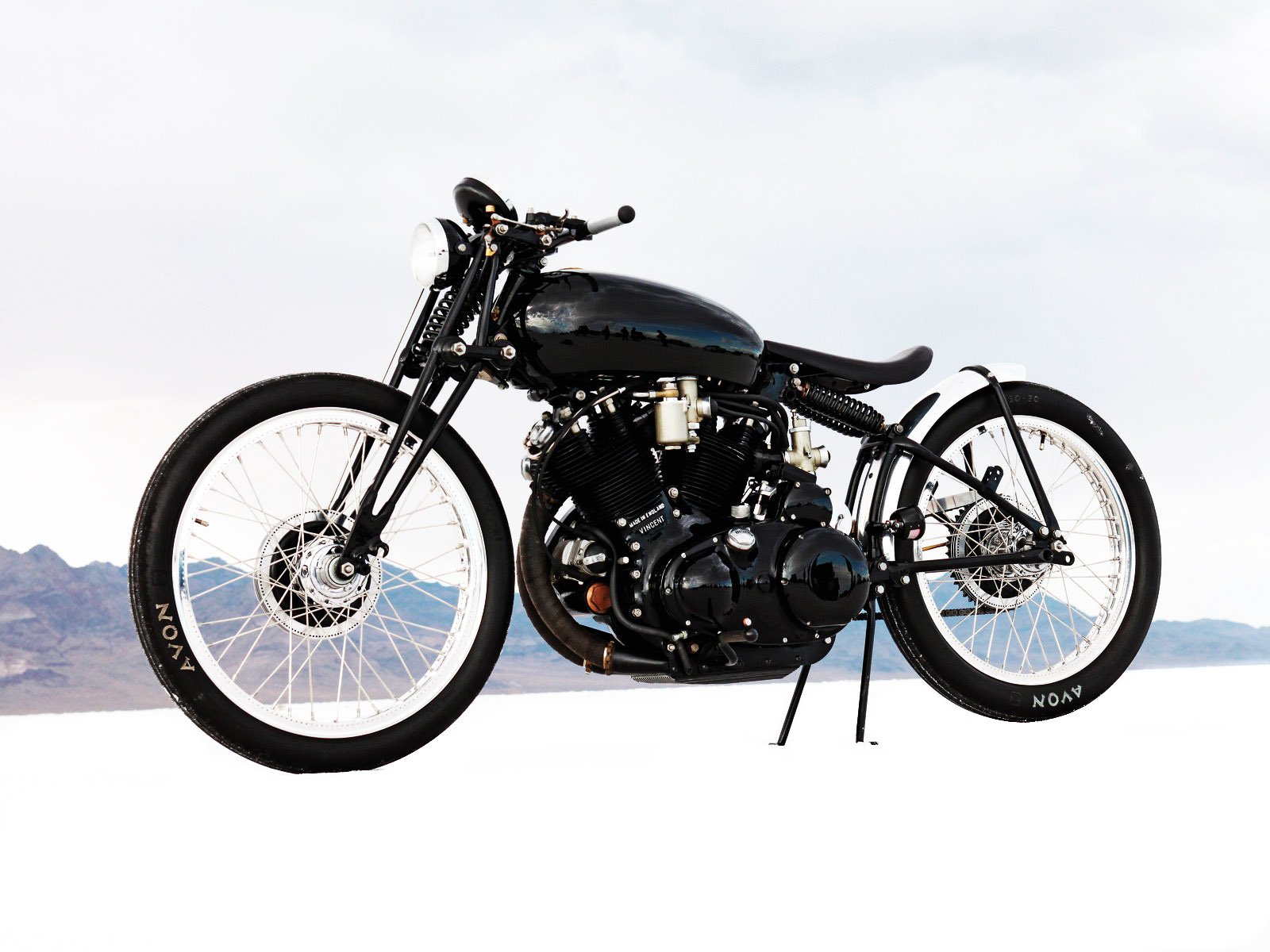 When it comes to customising Vincent motorcycles, bike builders have to walk a very fine line. One misstep and they’ll have thousands of pitchfork wielding moto-purists beating down their door baying for blood.

This particular 1952 Vincent Black Lightning is a great testament to what can be achieved with classic Vincents, it was built by Jeff Decker and his uncle in 2010, they based the bike on a HVG (Harris Vincent Gallery) chassis and used a stack of parts left over by Vincent legends Rollie Free and Marty Dickerson. 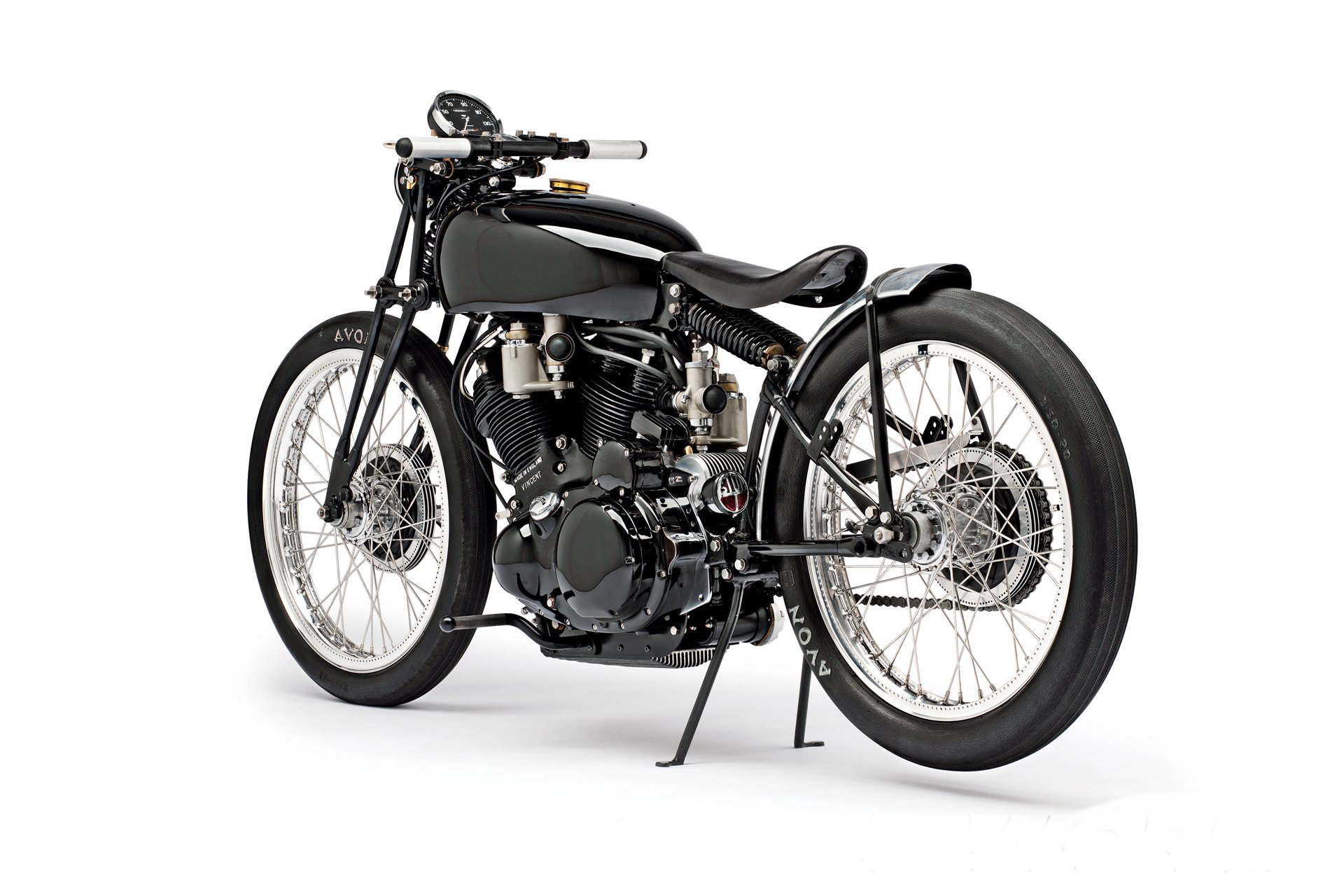 The finished bike is an exceptionally clean custom with a clear salt-flat-racer influence, it’s capable of over 150mph and looks like it’s going at least that fast when sitting still.

Jeff sounds like a hell of a guy and his quote below is so good it’s almost worth putting on a t-shirt;

“I am open to critique. Please send me photos of the Vincent Black Lightening you have customised in a more tasteful manner than I did”

Personally, I prefer this Vincent to the recent Black Falcon custom, it just seems more approachable. Don’t get me wrong, I love the work of Falcon Motorcycles, but if I had one, I’d live in perpetual fear of scratching it. 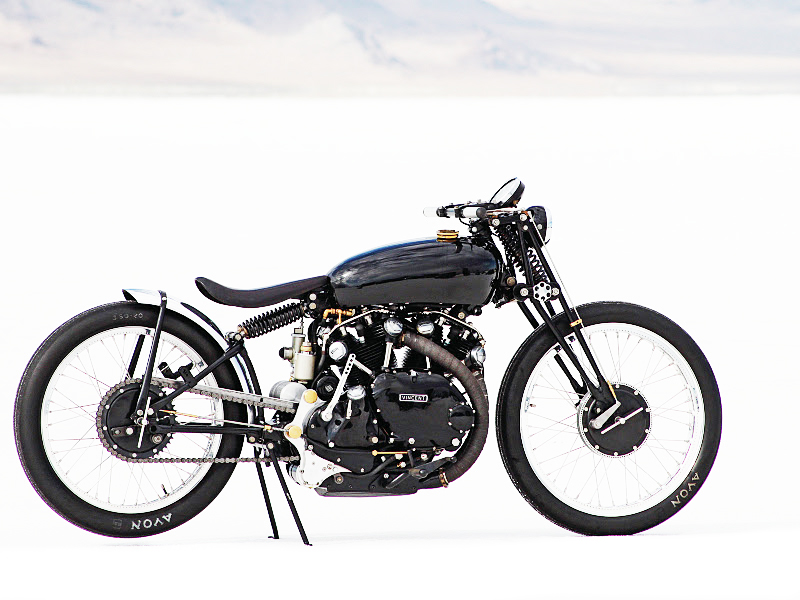 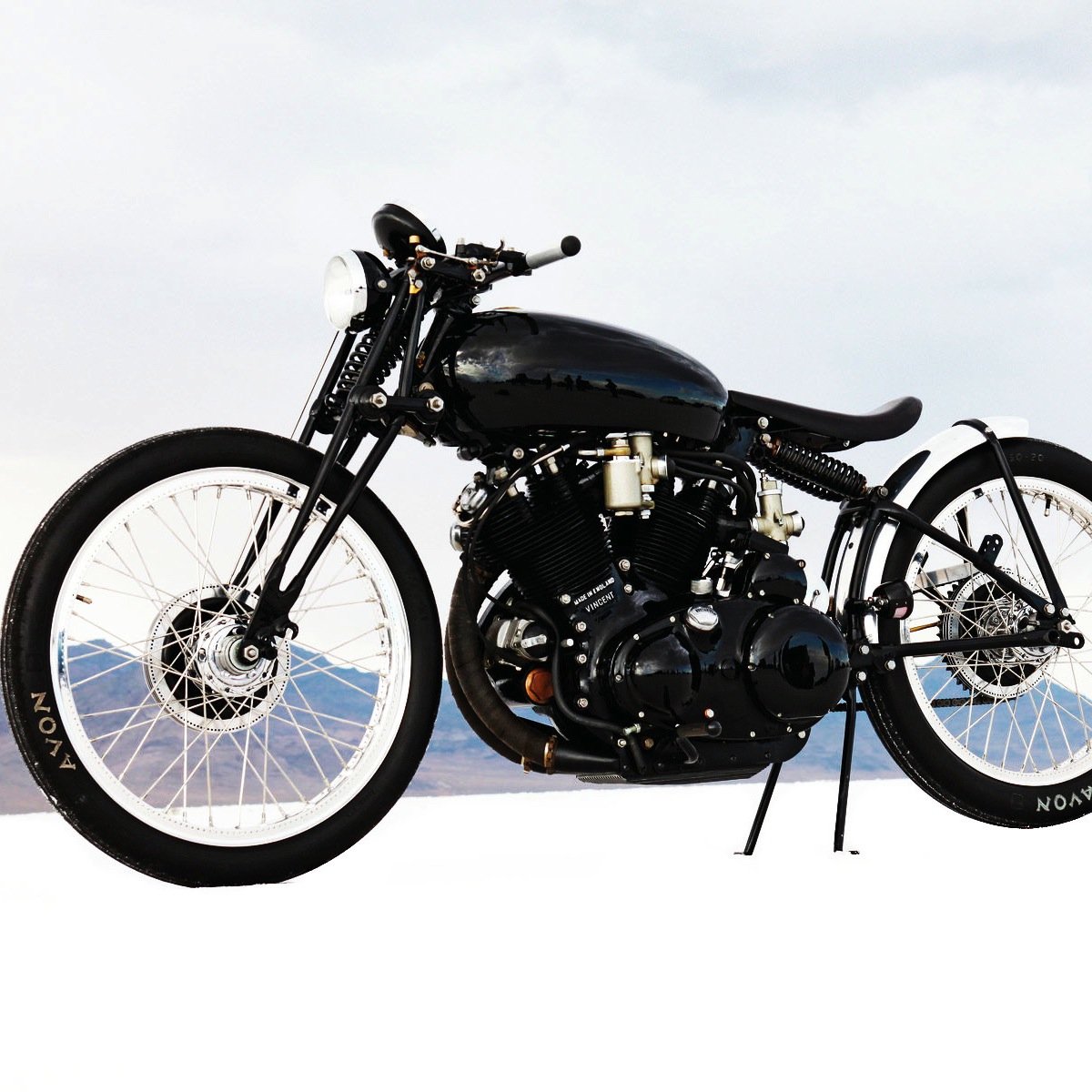