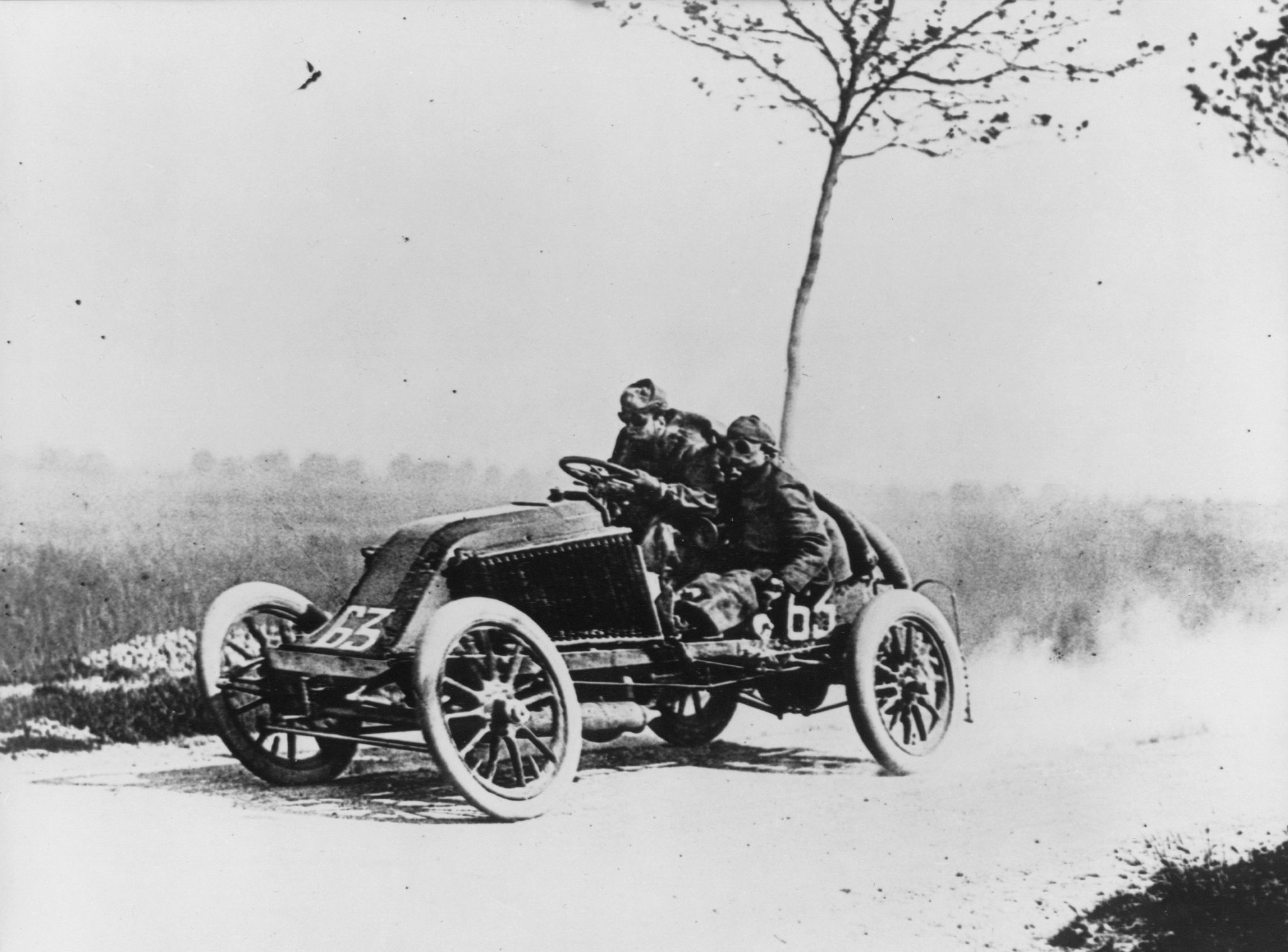 Marcel Renault was the co-founder of the automaker that bears his name to this day, he used to build and race his own cars before a tragic accident in the 1903 Paris-Madrid Race.

This photograph was taken less than an hour before the crash and as far as I’m concerned, is one of the best racing photographs of all time.