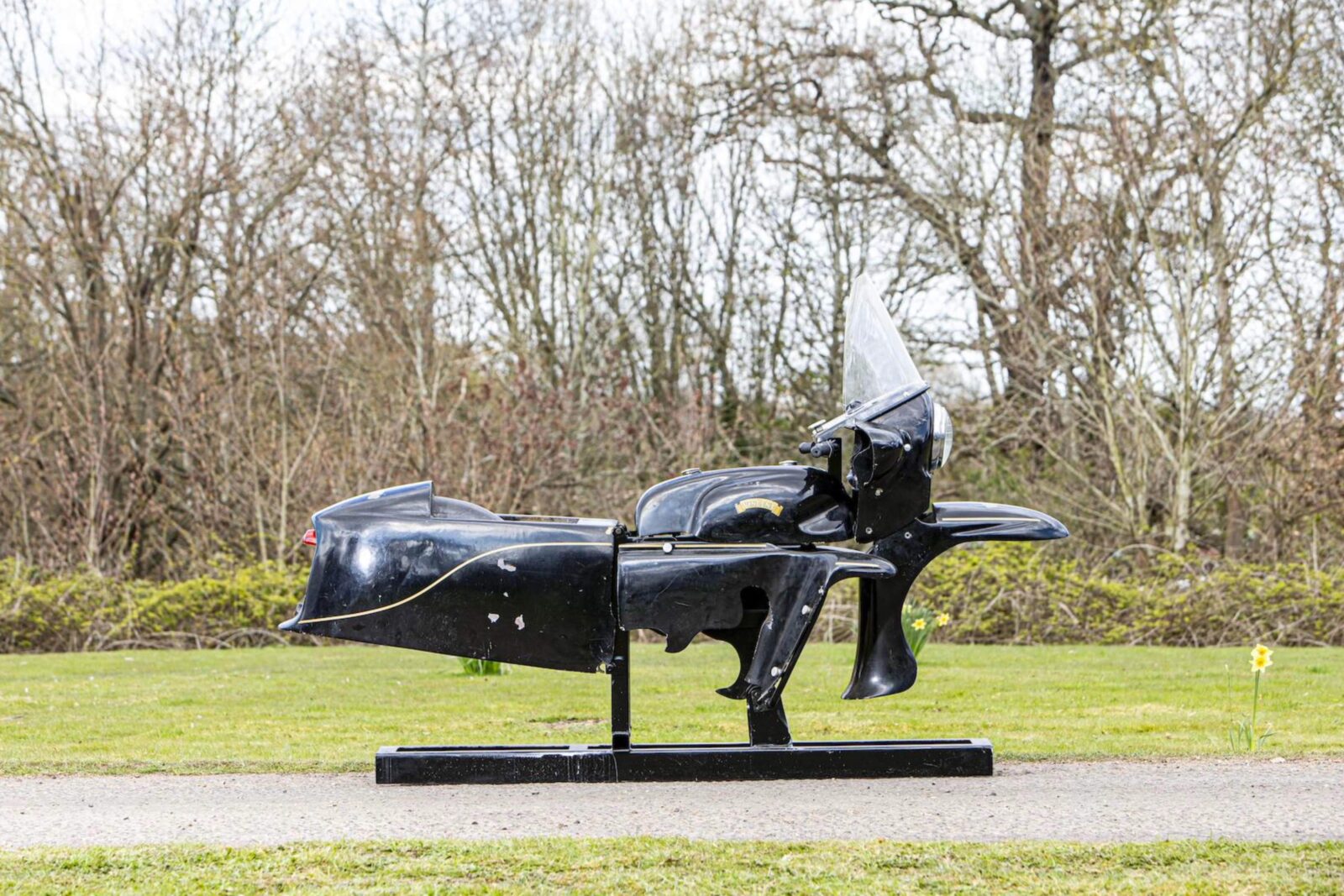 This is an original set of Vincent Black Knight bodywork from 1955, it was originally fitted to a Vincent Rapide making it fully-enclosed version of the model, however demand for these enclosed motorcycles proved to be significantly lower than initial expectations.

With this in mind he developed an enclosed rear, enclosed side panels with leg protection, a far more significant front fender, and a large windshield.

Production of the Black Knight and Black Prince began in 1954 and continued until 1955 when the company went into administration. Just 200 or so of these enclosed motorcycles were built and many had their bodywork removed at some point in the life – which is possibly why the bodywork you see here is still on a stand and not mounted to a Vincent. 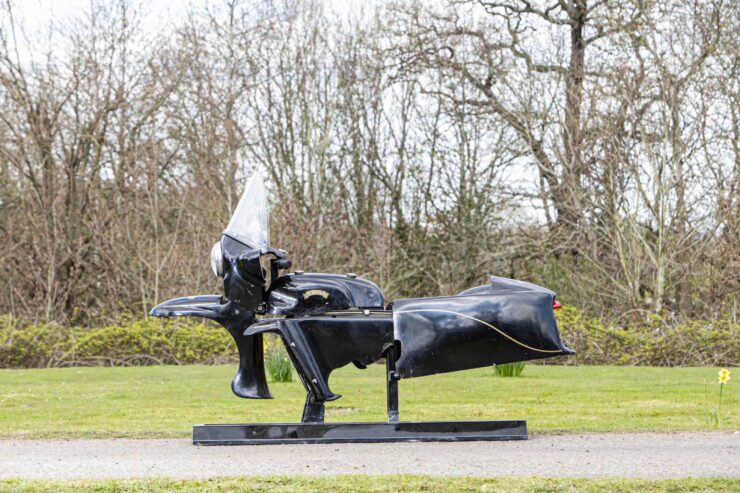 Above Image: Interestingly the bodywork resulted in a slightly faster top speed when compared to the regular Rapide as the aerodynamics were better than having an exposed rider out in the airflow.

When launched at the 1954 Earls Court show the two new enclosed motorcycles attracted much attention – not all of it was complimentary and people seemed to either love or hate them. Interestingly The Motor Cycle (a period magazine) road tested the Black Prince and reported that it handled as well as the regular Black Shadow with slightly better fuel consumption.

In many respects the Black Knight and Black Prince were decades ahead of their time, fully enclosed motorcycles would make a big comeback 20 years later in the 1970s with the designs of Craig Vetter who created a wildly successful company selling aftermarket motorcycle fairings.

Sadly the life of the faired Vincents would be cut short when Vincent fell into bankruptcy in ’55. The surviving original examples of the Black Knight and Black Prince now sell for significant sums up around the $100,000 USD mark.

The fairing shown here is now affixed to a stand and it’s due to be auctioned by Bonhams on the 3rd of July. The price guide is £2,000 to £4,000 and you can click here to read more about it or register to bid. 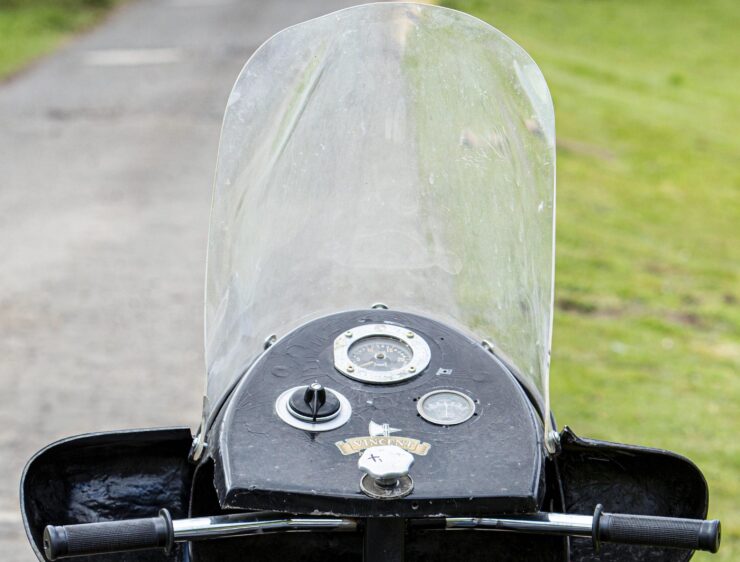