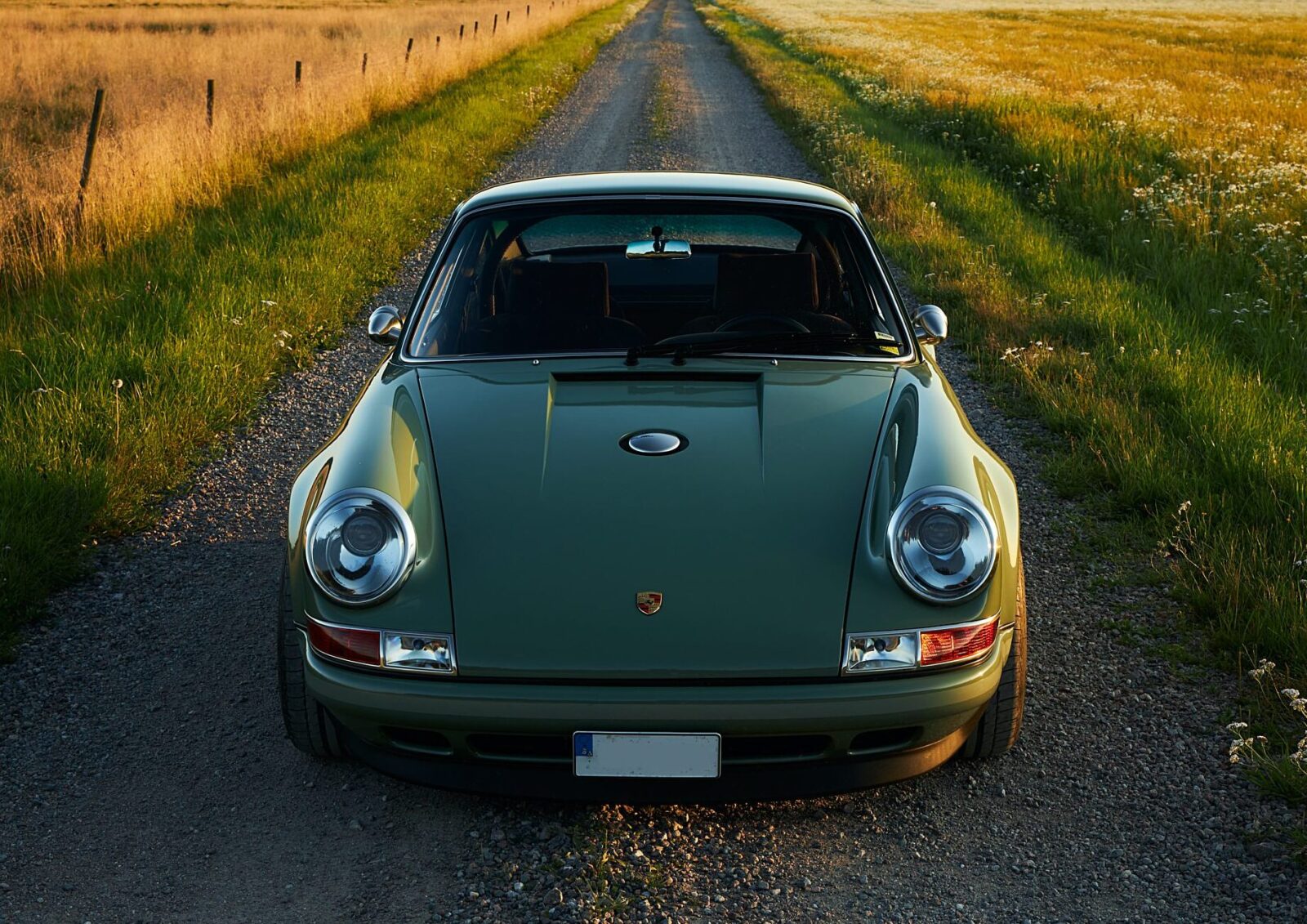 Singer Vehicle Design have been creating what are arguably the world’s greatest modified Porsche 911s since 2009. Best known simply as “Singer” the company was named as a double barreled homage to legendary Porsche engineer Norbert Singer, and after the earlier career of its founder Rob Dickinson – the former front man of noted alt rock band Catherine Wheel.

It’s not a common event for an original Singer-restored Porsche 911 to come up for sale, each vehicle is built as a commission for a specific person and as a result they’re quite a bit more personal than your average classic car.

The Porsche 911 Reimagined By Singer

Although no two Singers are identical they do all essentially start out the same way – an original, accident free Porsche 964 is sourced and stripped back to its core. This central monocoque is then media blasted, strengthening work is done, and finally it receives layers of corrosion resistant primer followed by paint.

This chassis retains its original VIN plate and the car remains licensed with this number throughout its life for legal reasons – even the original mileage is kept. Many of the original external steel body panels don’t make it back onto the improved unibody shell, instead the front and rear fenders, hood, engine deck lid, front and rear bumpers, and sometimes the roof are all replaced with custom made carbon fibre replacements.

One of the key parts of the car that doesn’t get the carbon fibre treatment is the doors – a decision made for the safety of the occupants as steel doors provide better side impact protection. This is taken so seriously that Singer engineers reinforce the doors with impact safety beams. Customers can specify that they want carbon doors but only if they order the full roll-cage option. 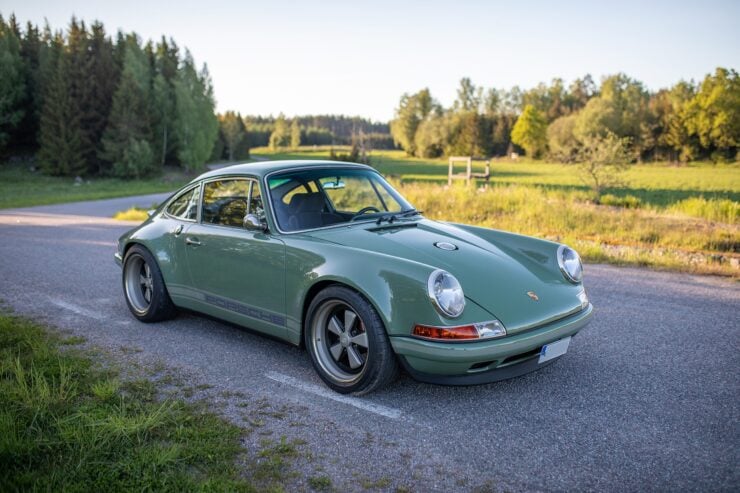 Above Image: The Porsche 911 by Singer is famous for the fastidious attention to detail paid to every single part, and no two are ever the same.

The Singer you see here is known as the “Brooklyn Commission,” it was just the eighth car to roll out of the company’s facility in Sun Valley 30 minutes drive northwest of downtown Los Angeles. Back in 2012 when this car rolled out into the California sunshine for the first time with its new identity it was featured in Total 911 and a slew of other publications, helping to establish the global reputation the company now enjoys.

The color scheme of this 911 was a little controversial back when it was first shown to the world 9 years ago and it remains so now, however it’s a look that people will either love or hate with little space in the centre. The car’s exterior is finished in Linden Green and the interior is upholstered with purple Alcantara suede and woven leather.

The wheels have interchangeable alloy wheel centre “petals” with more traditional grey and black, or vibrant purple as was originally fitted to the car. Of course the beautiful bodywork and well thought out interiors of these cars are one thing, but what people are typically most interested in is what’s sitting in the engine bay.

This car is powered by a 3.8 litre flat-six that was built by world-famous racing engine designers Cosworth, it produces approximately 370 hp which is sent to the rear wheels via a six-speed manual transmission.

When ordering this car the client ticked a few of the options boxes including the Öhlins suspension package, Singer Edition carbon-fibre track seats, it also has an integrated roll bar, harness bar, and Schroth four-point harnesses. The car is carrying under 15,000 kms on the odometer, that’s well under 10,000 miles, and has received world class maintenance over the course of its life as you would expect.

This Singer is now being auctioned live by Collecting Cars with bidding underway, if you’d like to read more about it or register to bid you can click here to visit the listing. 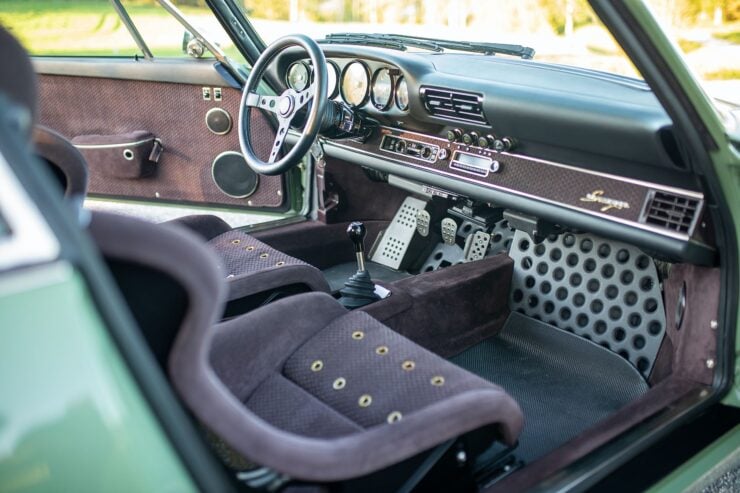 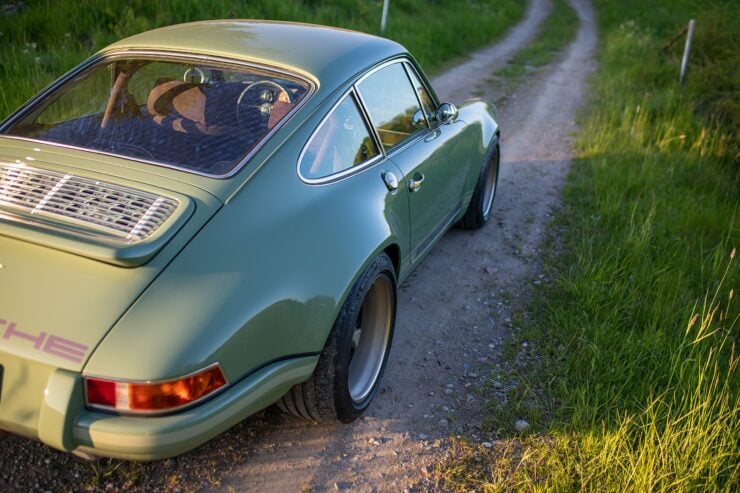 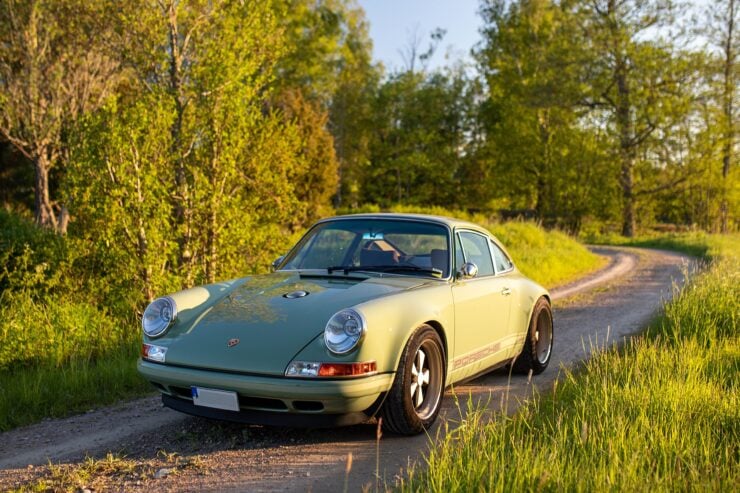 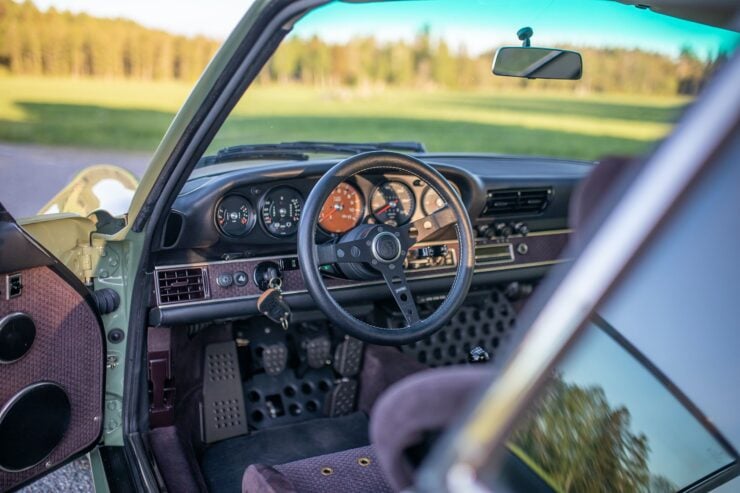 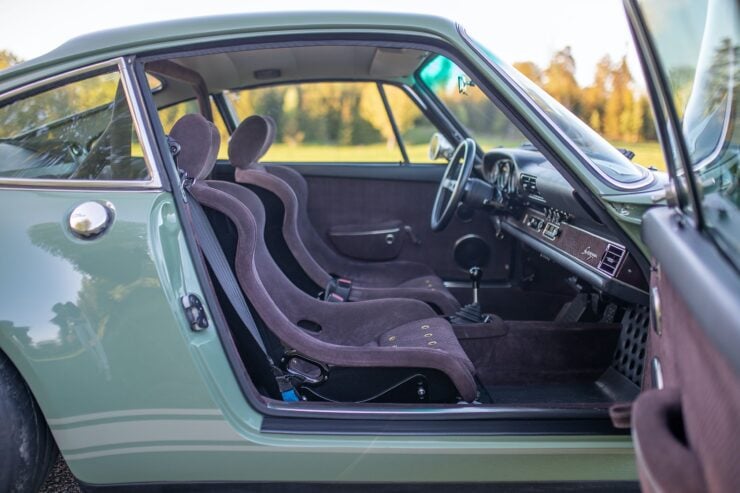 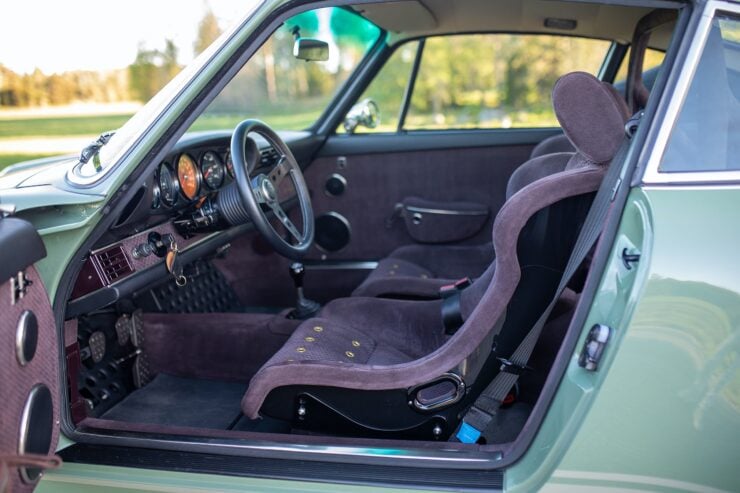 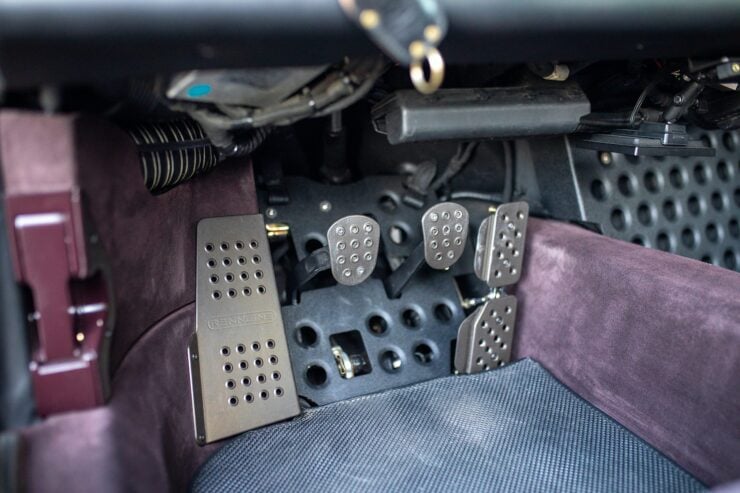 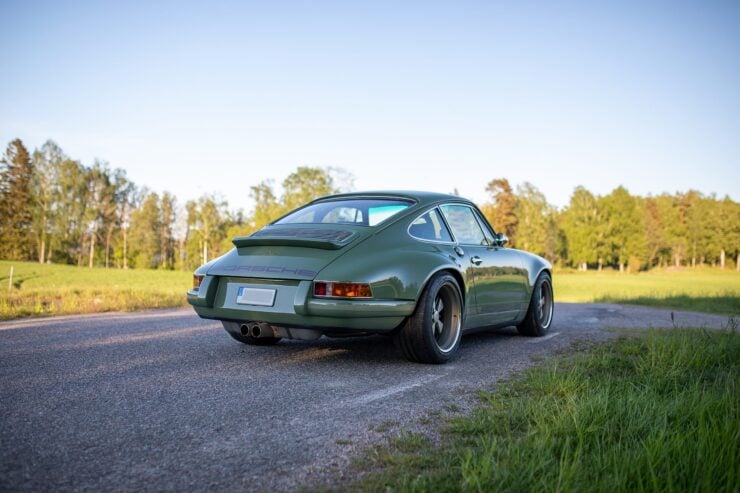 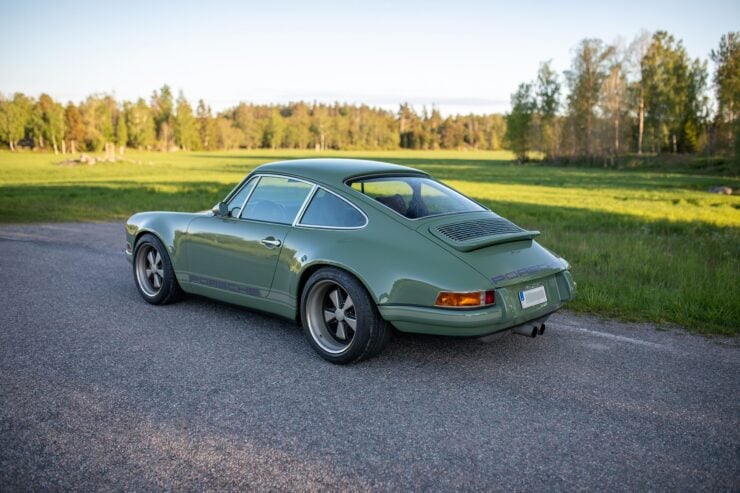 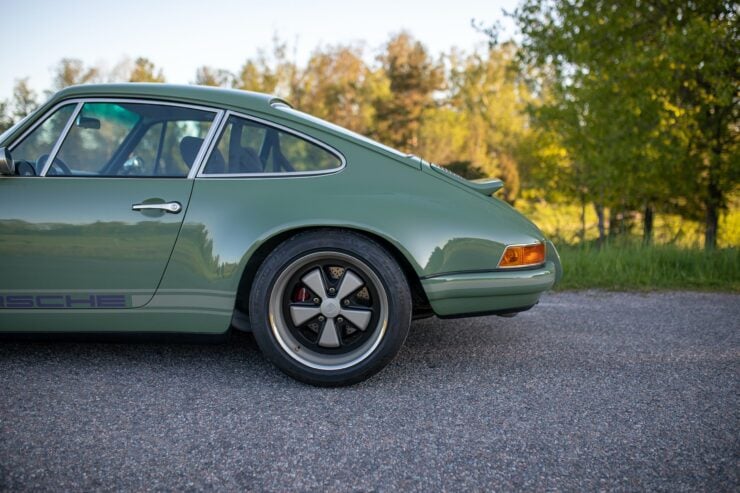 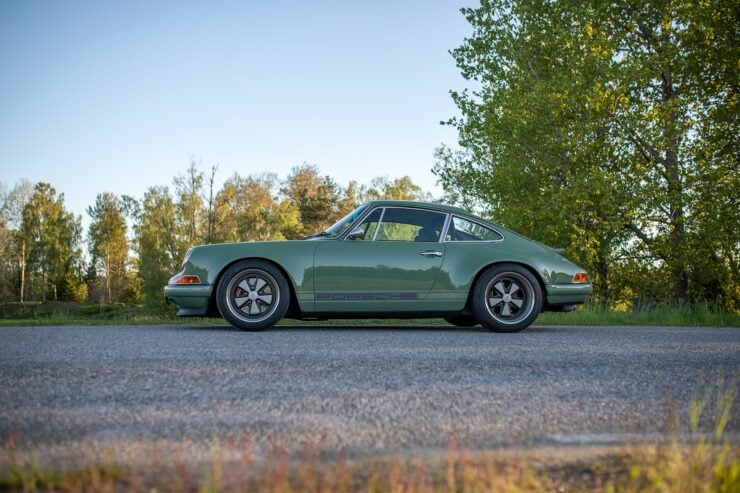 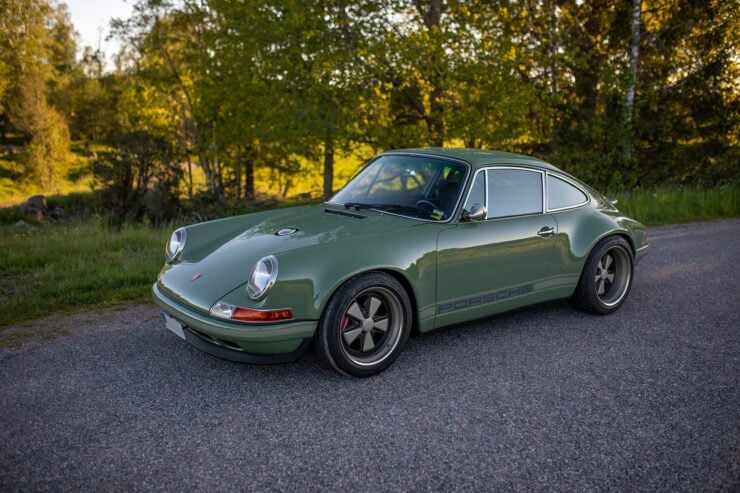 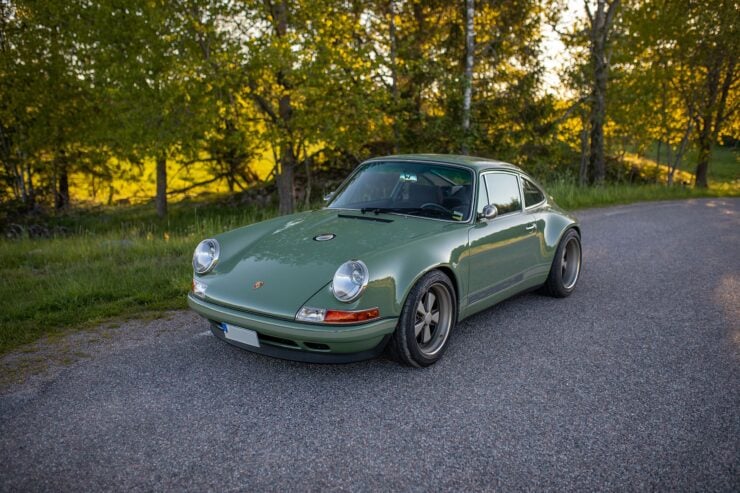 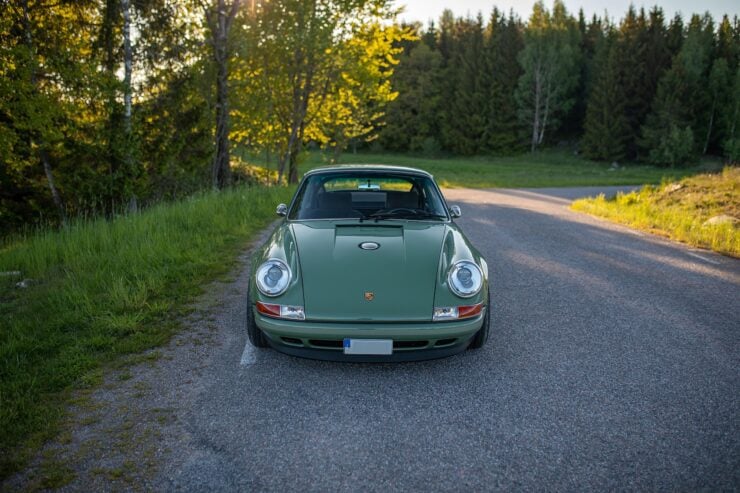 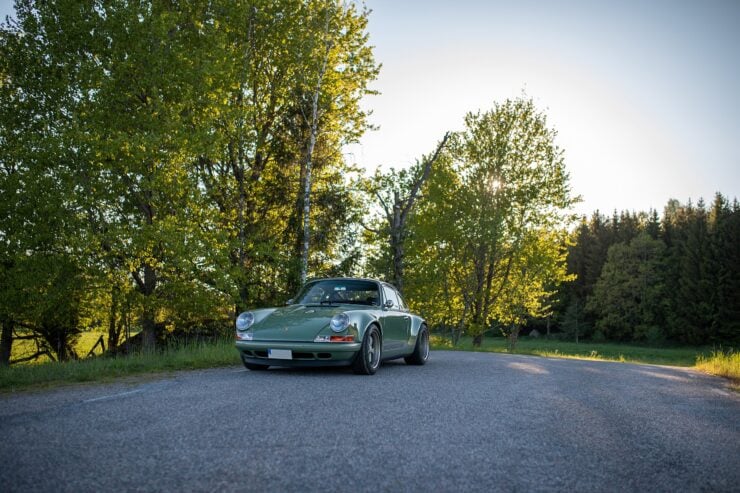