The Craig Vetter Kawasaki Mystery Ship was a special version of the Kawasaki KZ1000 that had been significantly rebuilt by Craig Vetter and his team using experience from both their popular Windjammer fairings, and their championship win in the 1978 AMA Superbike Series with Reggie Pridmore riding a KZ1000 and performance tuning done by Pierre des Roches.

Craig Vetter was inducted into the AMA Motorcycle Hall Of Fame in 1999, he’s probably best described as a polymath thanks to his successes in a wide variety of fields. He was a motorcycle racer himself and he founded the Vetter Corporation which became the largest motorcycle fairing company in the world in the 1970s. Vetter’s work inspired many motorcycle manufacturers who began to offer fairings on their own models from the late 1970s onwards.

Vetter would later assemble the above mentioned 1978 AMA Superbike Series winning team, which gave him the idea of creating the Kawasaki Mystery Ship. A serious hang gliding accident took him out of the limelight for a few years but on his return he founded the Vetter Fuel Economy Challenge…. Oh and he also designed a number of motorcycles including my personal favourite, the 1973 Triumph X-75 Hurricane.

Just 10 examples of the Kawasaki Mystery Ship were ever built, the company had planned to make 200 but the hang gliding accident occurred early on in the production cycle and resulted in it being shut down.

The Mystery Ship was offered with an MSRP of $9,995 USD, approximately 3x the price of the stock Kawasaki KZ1000. For this extra money you got a modified and strengthened frame, rearset footpegs and a gear change linkage system, the steering headstock was changed to 26°, the rear suspension mounting was modified and Mulholland Force 1 rear shock absorbers were fitted, and a magnesium box section swing arm replaced the stock unit.

When ordering your new Mystery Ship you could choose from five performance options:

Turbo: A turbocharged engine was developed by Russ Collins of R.C. Engineering, offering a 40% boost in power.

Just two examples of the turbocharged version of the Mystery Ship were ever built, one now lives in a museum and the one you’re looking at here is the other. Due to the rarity of the Mystery Ship as well as its AMA Superbike Series heritage they’re now highly sought after by collectors and typically only seen in museums, though they do occasionally come up for sale.

The red Mystery Ship you see here is probably the most collectible example in private hands today, it’s one of just two turbocharged examples, it’s also rolling on spun aluminum wheels, and it has just 2 miles on the odometer from new. It will now need a thorough re-commissioning before any riding is attempted, though it’s likely that the new owner will want to preserve it as is and add it to a collection.

If you’d like to read more about this bike or register to bid on it you can click here to visit the listing on Bonhams, it’s due to cross the auction block on the 23rd of January, and it has a price estimate of between $25,000 and $35,000 USD. Not a bad figure for an unusual piece of motorcycling history. 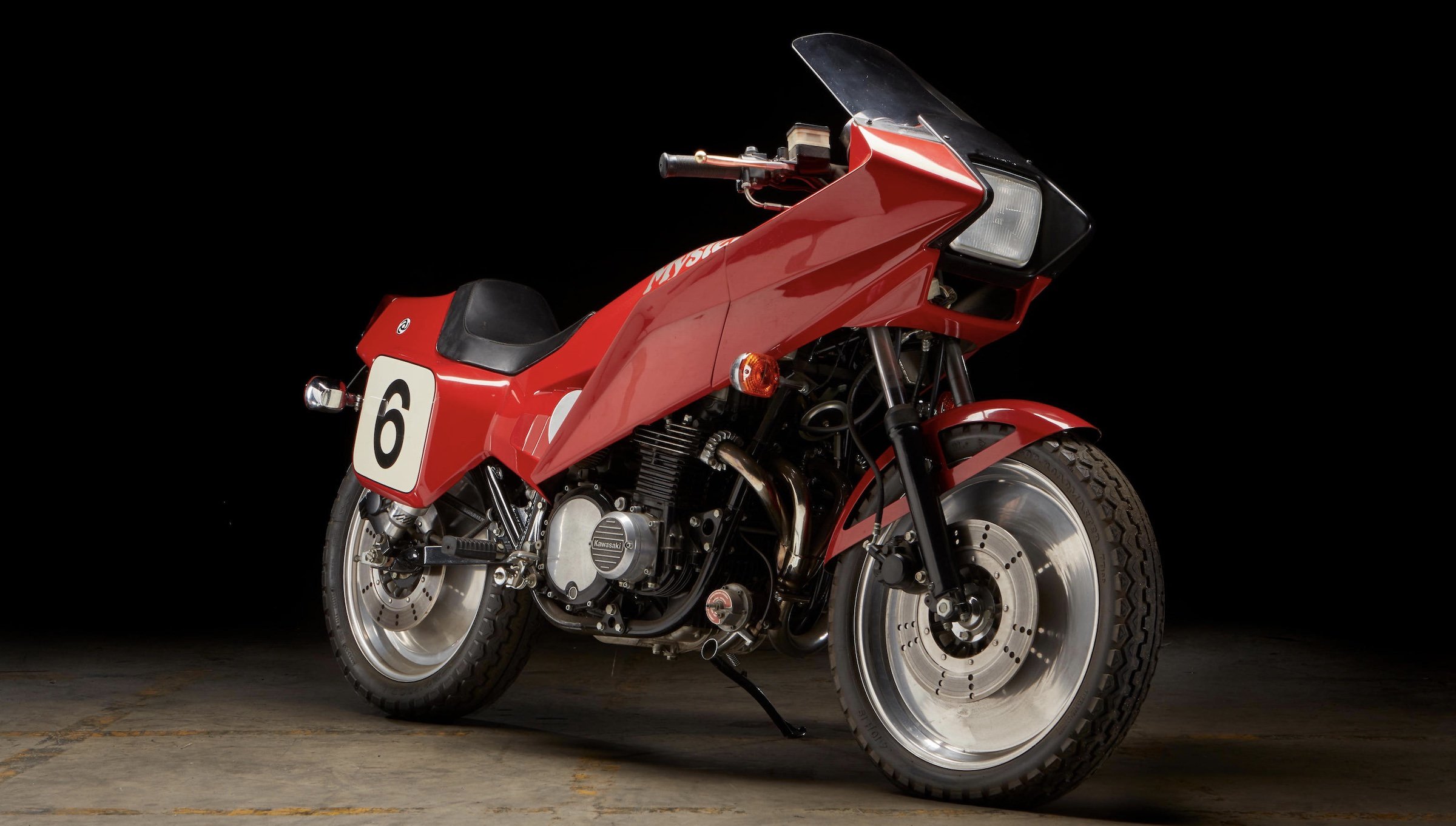