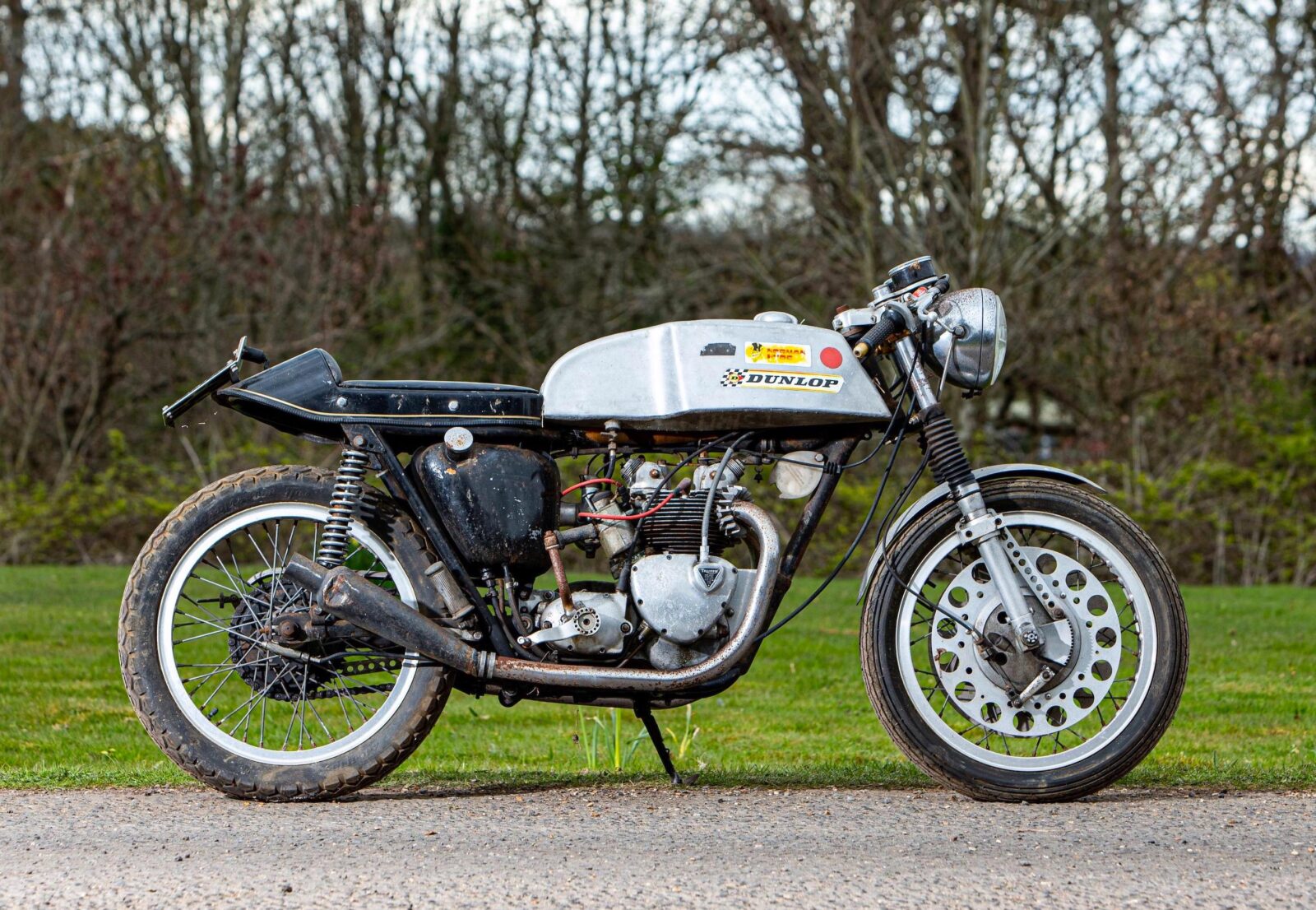 This unusual Triumph T100SS “Norman Hyde” cafe racer has all the hallmarks of a period-built custom motorcycle designed for (oftentimes illegal) road racing in England.

No one knows exactly who invented the cafe racer, though in all likelihood they were invented by many people all making similar modifications with one goal in mind – being the fastest amateur race bike at London’s Ace Cafe.

During the late 1950s and 1960s the Ace Cafe and the 59 Club became the homes of countless disaffected youth and their motorcycles. They scheduled street races that often departed from the Ace Cafe and the local constabulary ended up needing to buy V8 sports cars just to catch up with them.

Although there’s no officially accepted list of modifications that make a motorcycle a cafe racer they generally have either clip-on or clubman handlebars, a Manx-style fuel tank with knee indents, a single seat with a rear bump stop, anything not essential is removed for weight savings, and their engines are often tuned to within an inch of their lives.

Today we recognize cafe racers as their own unique motorcycle genre with many marques selling them pre-built from the factory to capture a slice of the lucrative modern classic motorcycle market.

The Triumph T100SS debuted in 1962 as the sporting variant of the T100 model line, a 490cc parallel that had first arrived back in 1957 as Triumph’s first twin with the gearbox cast in the main crankcase (unit construction).

Although the larger capacity 650cc Triumph Bonneville and Triumph TR6 were the company’s best sellers throughout the 1960s thanks to strong demand in the United States, the T100 developed a reputation for punching well above its weight. 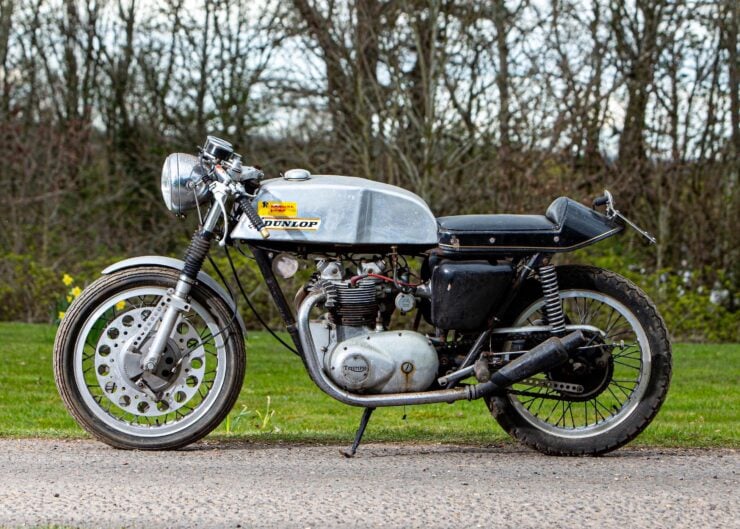 In fact they punched so far above their weight they won the prestigious Daytona 200 two years in a row in 1966 and 1967 against the best Harley-Davison could throw at them with their 750cc side valves.

Due to its low weight, good handling, and punchy 500cc engine the T100 series proved popular with many riders and arguably made a better daily rider than its bigger siblings – particularly for urban riding on tight and twisty British streets.

As it happens the T100 has had more than a few brushes with fame, Bob Dylan had one in the 1960s that he crashed which led to him to cease all touring for eight years and Ted Simon rode a police-specification 1973 Tiger 100 T100P around the world, writing his famous book Jupiter’s Travels on the way.

The bike you see here benefits from a slew of upgrades over the original factory-built T100SS including the as-yet unnamed Norman Hyde upgrades. The Bonhams listing describes the bike’s modifications as follows:

The engine appears to have been converted to magneto ignition, the mag mounted where the points housing would have been, while other noteworthy features include alloy wheel rims; clip-on ‘bars, rear-set footrests; an alloy fuel tank; and what looks like a Grimeca double-sided front brake.

Though with an estimated hammer price of £2,000 to £4,000 it may be worth a cafe racer enthusiast taking a punt on it and hoping ti comes in nearer the lower end of that price guide. The bike does clearly need work done however it’ll make someone a fun project over the summer.

If you’d like to read more about this bike or register to bid you can click here to visit the listing, it’s due to cross the auction block on the 2nd of July. 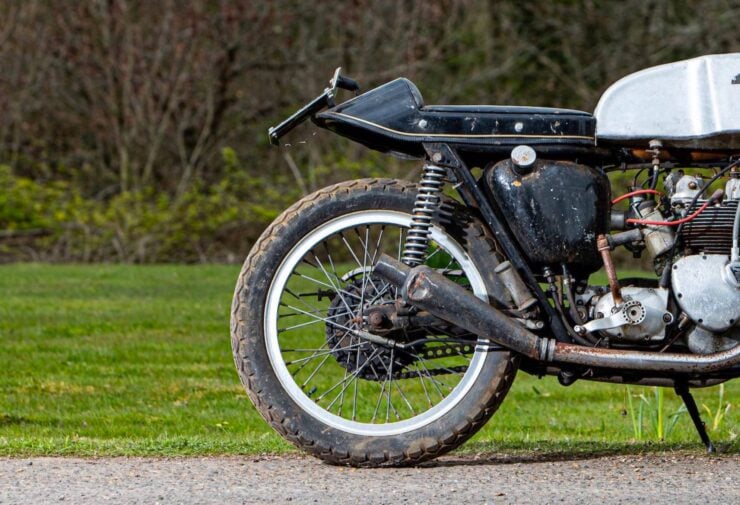 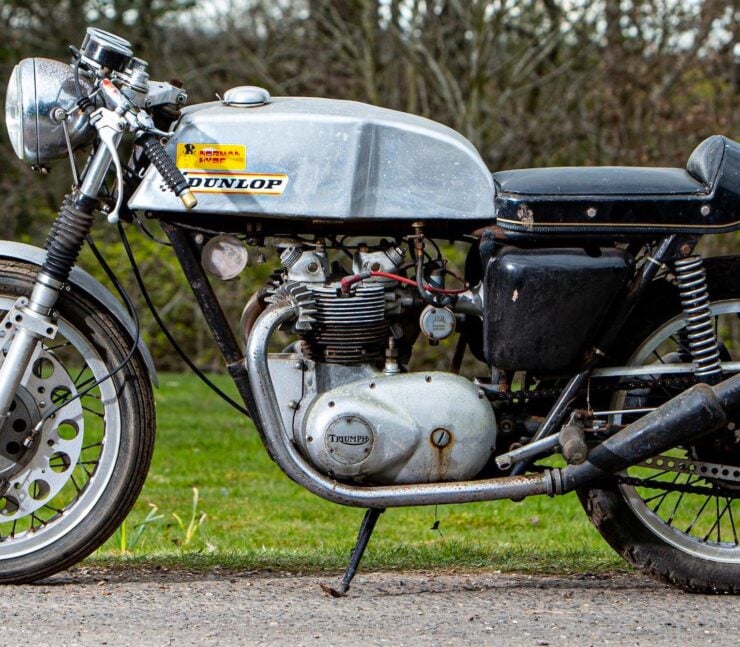 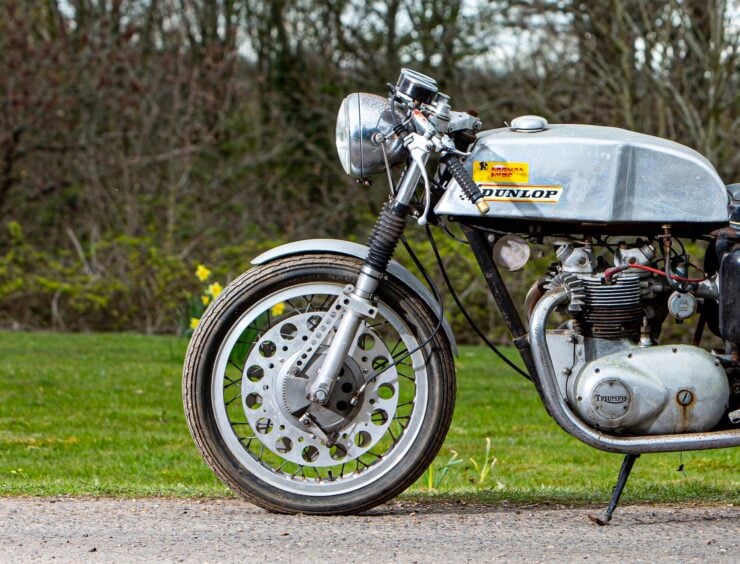 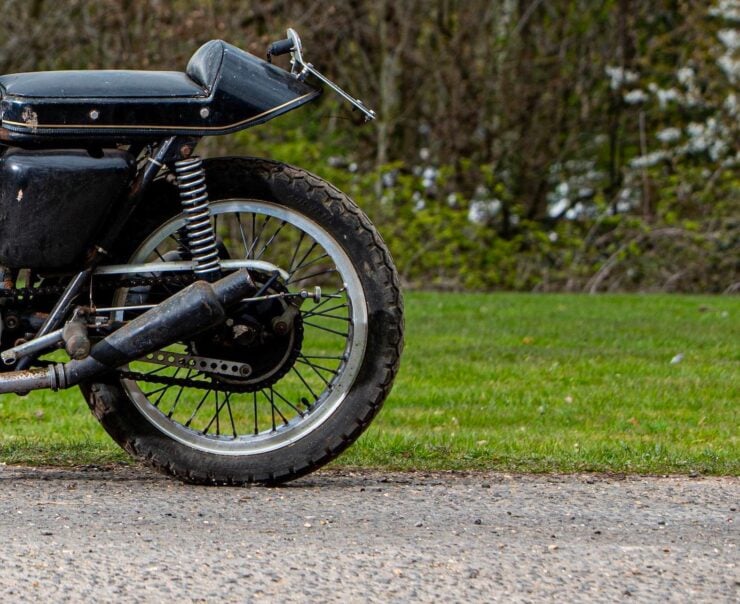 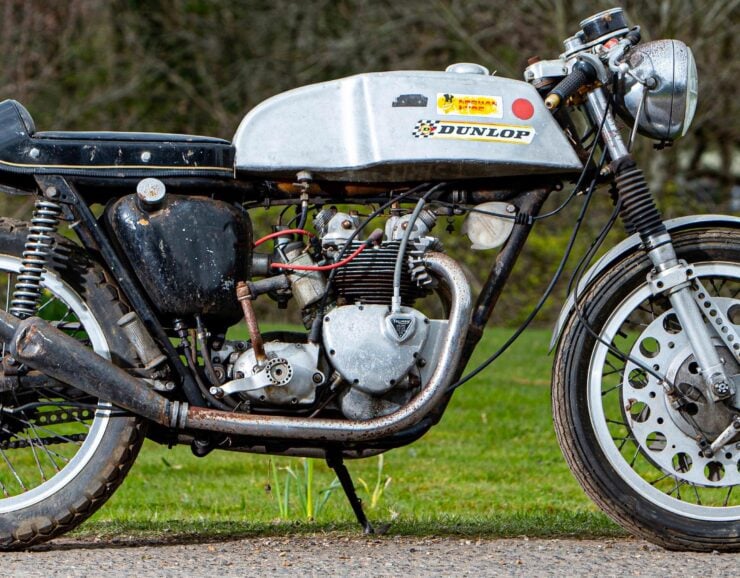 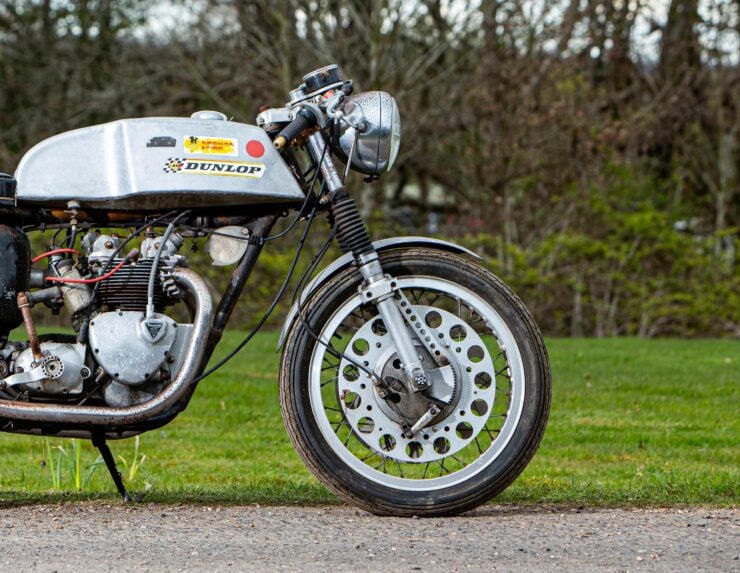