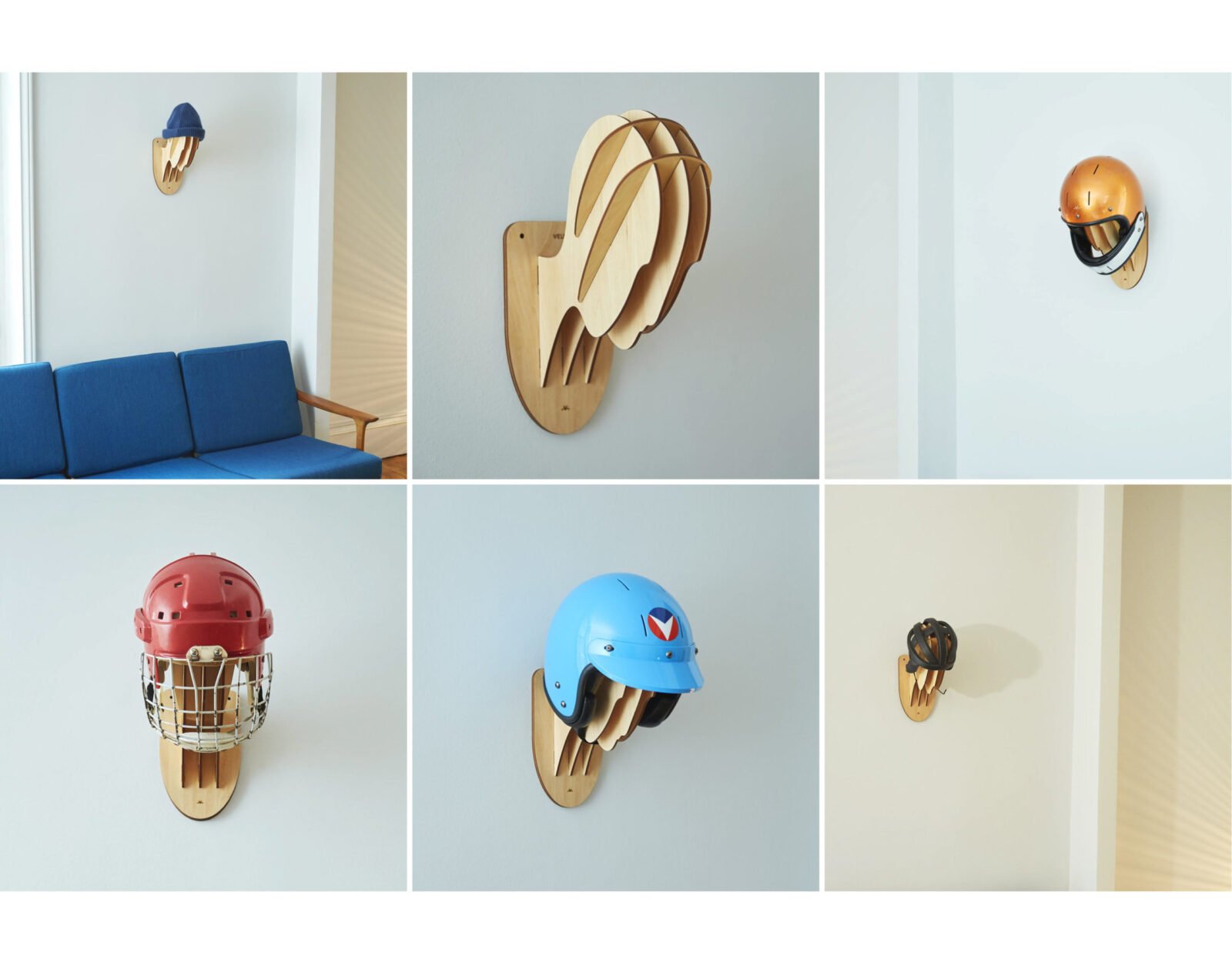 This is the Veldt Trophy, it’s a wall-mounted helmet holder that ships out in flatpack kit form for easy home assembly. The team at Veldt designed the Trophy specifically to provide both a way of displaying your helmet, and of ensuring the inside is well ventilated.

It’s common for people to store their helmets by sitting them flat on a table, however this traps moisture inside the lining and gives it no chance to evaporate. Keeping your helmet lining dry and ventilated is important to avoid the growth of mould which can be harmful to your respiratory system.

Each Veldt Trophy is made up of 9 parts, they ship in a flatpack box and you can easily assemble them in a matter of minutes due to the way they all slot together. The design was influenced by a famous sculpture called “The Sleeping Muse” by Constantin Brâncuși and it’s called the “Trophy” as a reference to hunting trophies that would commonly be installed on walls in the same way – though instead of a deer head you’re displaying your helmet.

Although designed for motorcycle helmets the Veldt Trophy works just as well for automobile racing helmets, and it can accomodate half helmets, 3/4 face helmets, and full face helmets – as well as hats if you should wish.

The Trophy costs £80, it’s a one-size-fits-all design, it’s made from a simple, long-lasting plywood and its secured to the wall using 3 screws. Some people with multiple helmets have bought multiple Trophy mounts and created a full wall feature display and conversation piece. 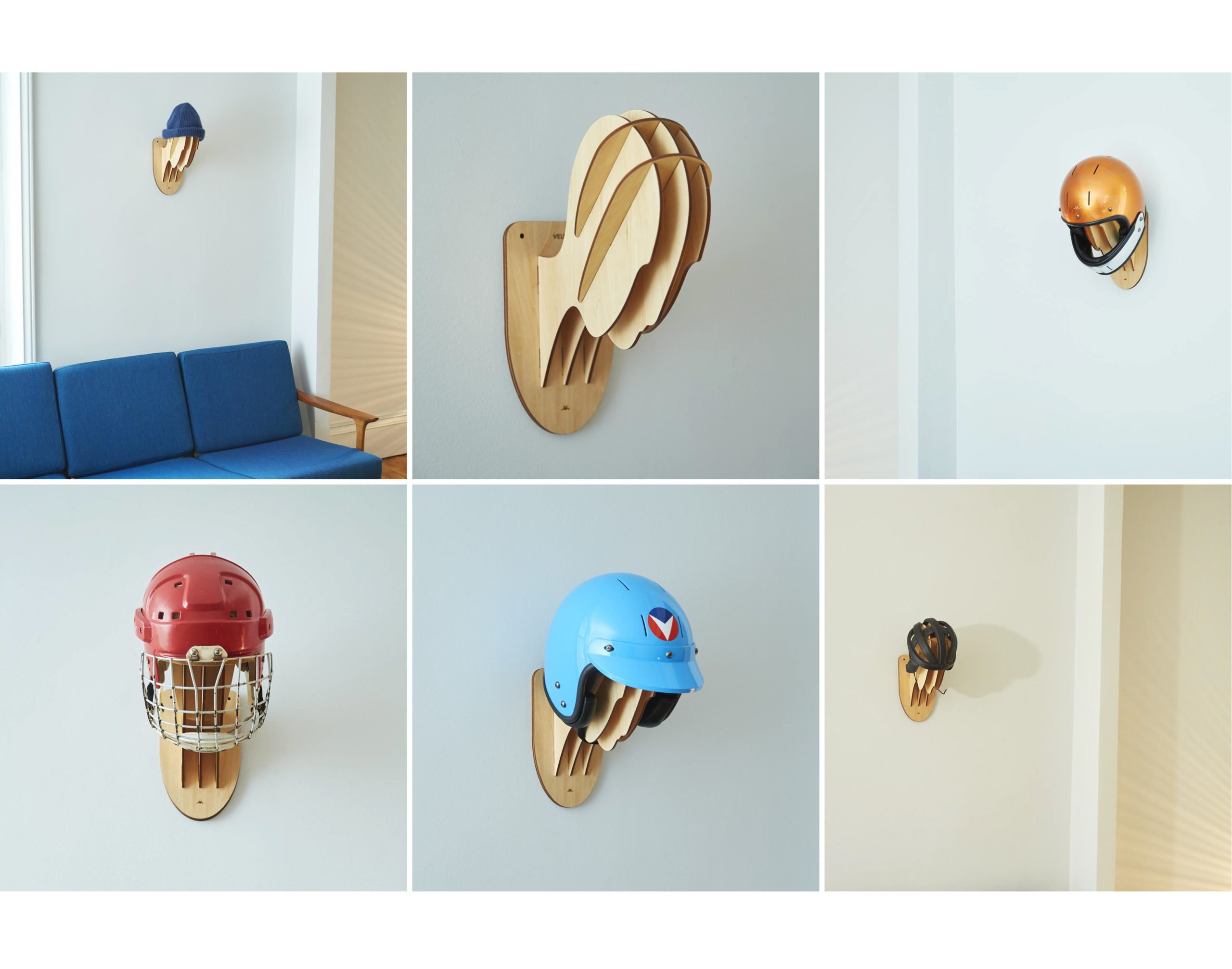