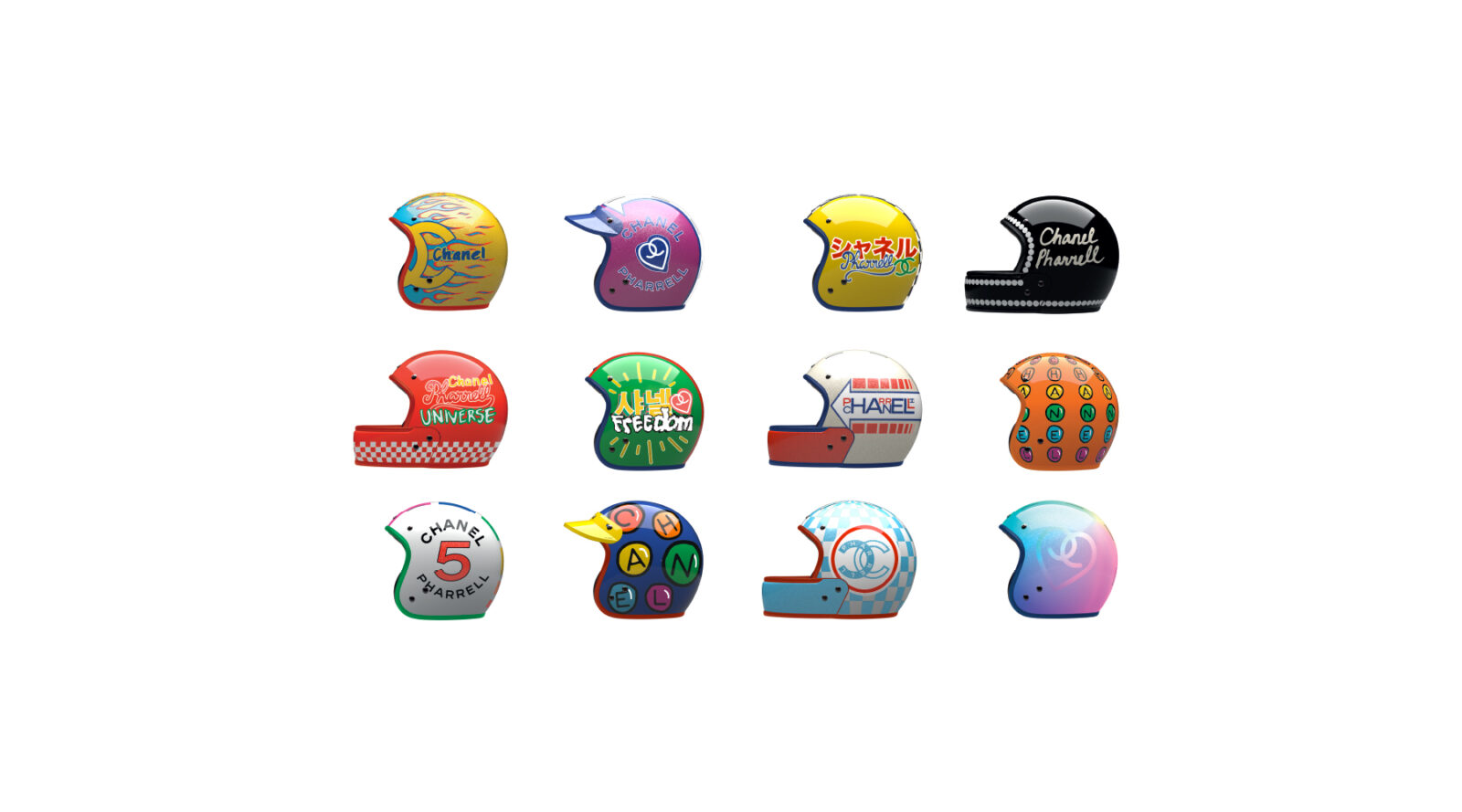 This collection of Veldt helmets was customised at the direction of Chanel and Pharrell Williams as part of the American singer’s new Chanel collection.

Veldt was likely an easy choice as the Isle of Man based company already offers comprehensive customization options on their helmets, allowing customers to send in art for their shells, they can also send materials for the internal upholstery if they wish, and they can choose their own Pantone paint codes for the exterior paint work.

All Veldt helmets have autoclave-baked carbon fibre shells, gunmetal metal parts, and aeration grooves. They can be ordered with Portuguese leather-lined interiors, and you can choose from open or full face helmet designs with a flip up visor or without, for those who prefer goggles.

When ordering you can choose between either DOT or ECE R22-05 safety certification, and sizing ranges from XS-S, M-L, to XL-XXL.

The Chanel + Pharrell Williams takes much of its influence from the Japanese post-apocalyptic cyberpunk animated film Akira, with some Bosozoku motorcycle gang influences thrown in for good measure.

Though it may not be the sort of thing we’d typically feature here on Silodrome, it’s great to see independent moto companies like Veldt getting exposure to the wider world, outside of our gasoline scented corner of the internet. 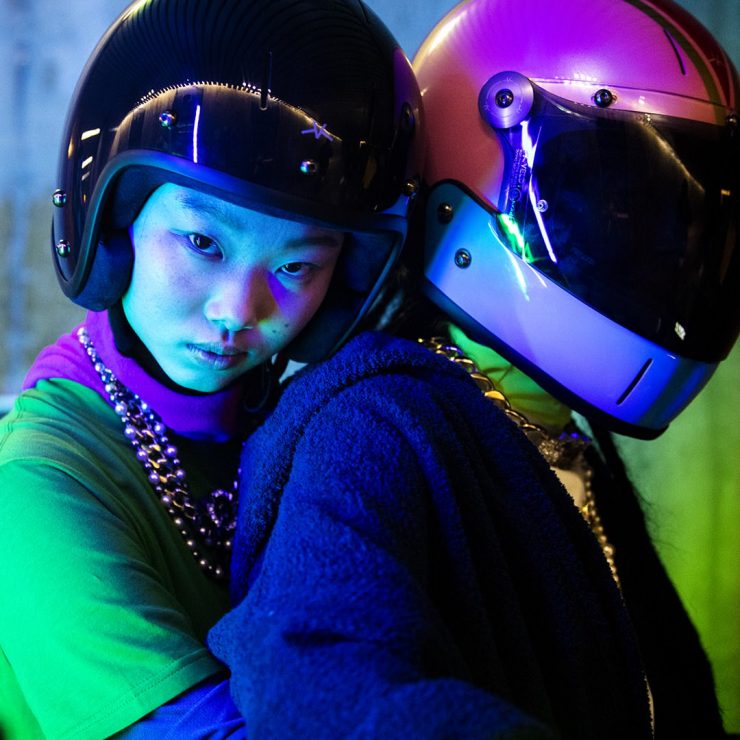 The Davida Koura is a full face motorcycle helmet designed by engineers with experience developing helmets for both MotoGP and Formula 1. Although the shell design of the Koura is retro, the the engineering that…