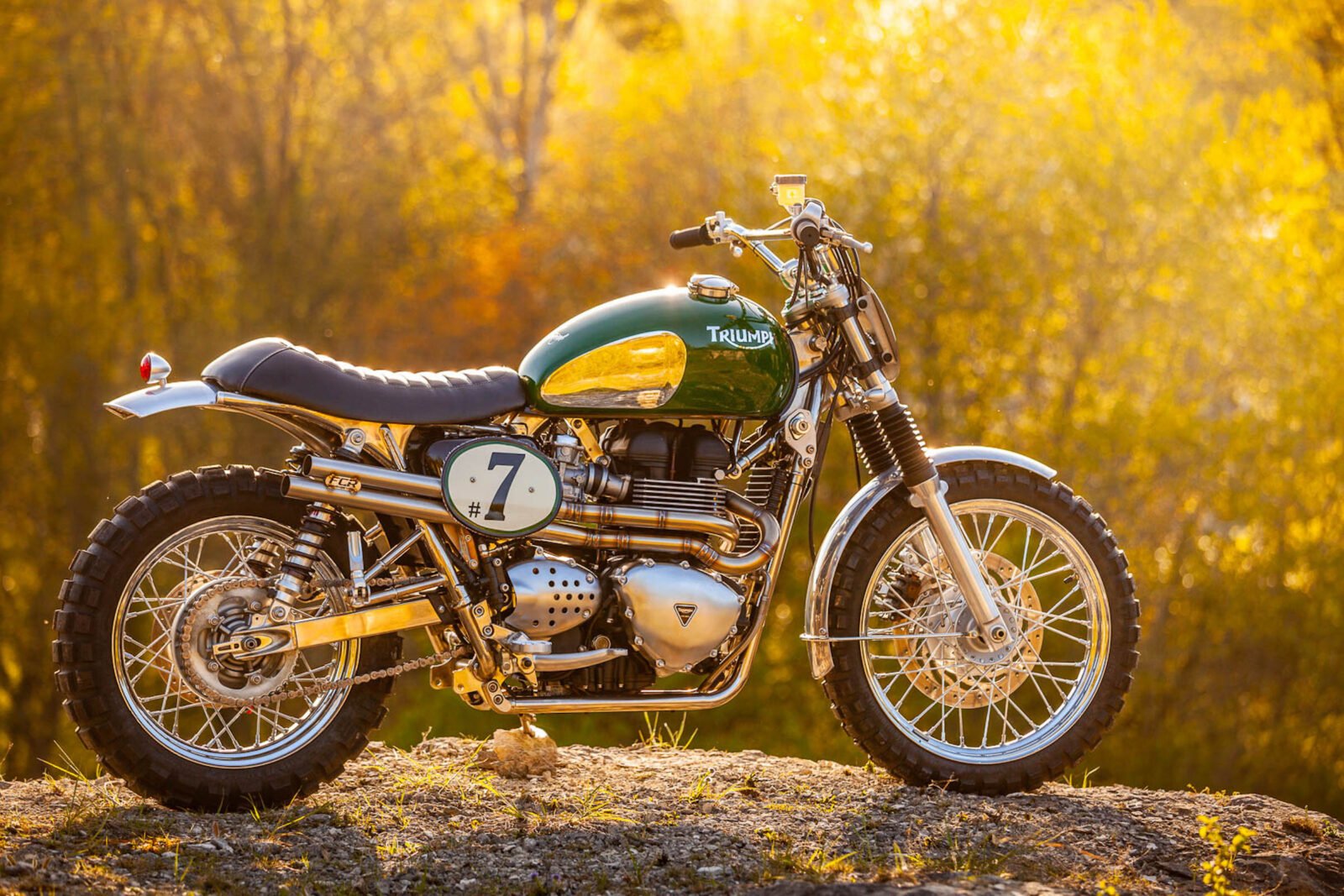 The Green Legend is one of the most famous custom motorcycles built by French garage FCR Original, it started life as a standard Triumph Bonneville (865cc model) but it received a comprehensive rebuild that left it looking like it just rolled out of Bud Ekins’ California workshop in 1965.

Steve McQueen famously rode a modified Triumph TR6 desert sled throughout much of the 1960s, he was an accomplished motorcycle racer in his own right and competed in many off-road motorcycle races under the pseudonym “Harvey Mushman” to stay anonymous.

In 1964 Steve McQueen joined with Bud Ekins, Dave Ekins, Cliff Coleman, and John Steen to represent the United States at the 1964 International Six Days Trial held in East Germany. This was one of the world’s pre-eminent off-road racing events and the American team excelled, sadly a pair of accidents took out Steve McQueen (bent frame) and Bud Ekins (broken ankle), but the remaining two members finished. 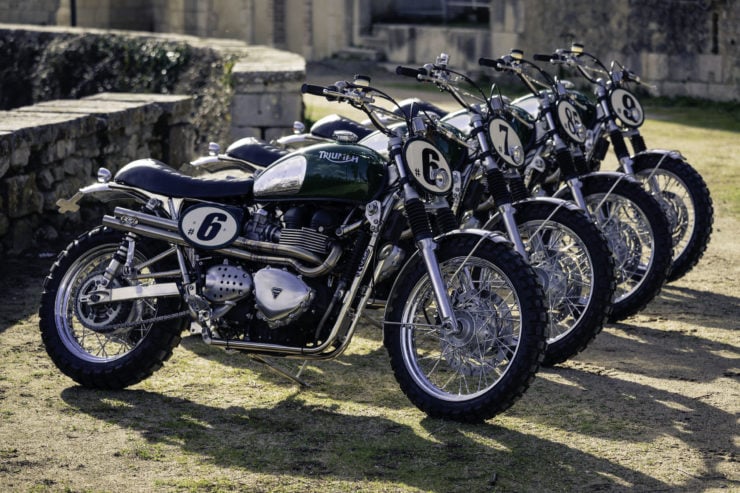 Triumph has been capitalizing on the McQueen connection for decades now, they released a special version of their Scrambler model that was designed to evoke the spirit of the bike used by McQueen to jump the border fence in The Great Escape, and McQueen has fuelled much of their apparel collection as well.

What the team at FCR Originals did with the Bonneville was something Triumph could never have done – it’ll never pass emissions or noise restrictions but as it’s not a new production bike none of that really matters.

The build process started with a full teardown, the frame and swing arm were sent away for nickel plating and the original spoked wheels were fitted with chunky Continental TKC80 tires. The original exhaust was replaced with period-correct twin scrambler pipes with no baffling, and the racing number plate is used as a leg-saving heat shield on the right side.

The rear frame loop was cropped and a new seat by Proust Saddlery was added, and the original fuel tank was stripped and repainted in traditional green with Husqvarna-influenced chromed knee panels on each side. The headlight was deleted and replaced with a number plate, a subtle small LED headlight is installed discreetly in the lower left corner of the plate to provide illumination at night. 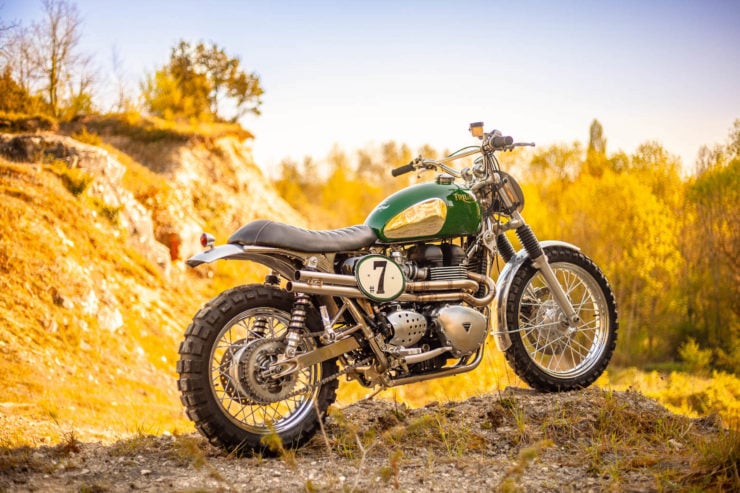 A smaller brake light was fitted in the rear, and very discreet indicators were fitted front and back to ensure the bike is road legal – there is a license plate too but it was left off for the photoshoot for authentic purposes.

In order to improve ground clearance and off-road ability a pair of new rear shock absorbers were fitted, they’re longer than the originals and offer full adjustment which allows the bike to be set up to suit different riders. Fork boots were installed up front to keep the fork oil clean, and the gearbox cover was drilled to lower weight and give a more traditional look.

A new set of higher, wider, braced handlebars were fitted and FCR sourced correct alloy fenders for both the front and rear. The completed bike is something that would have looked immediately familiar to McQueen back in 1965, and it wouldn’t have looked a whisker out of place on the starting line of the ISDT. 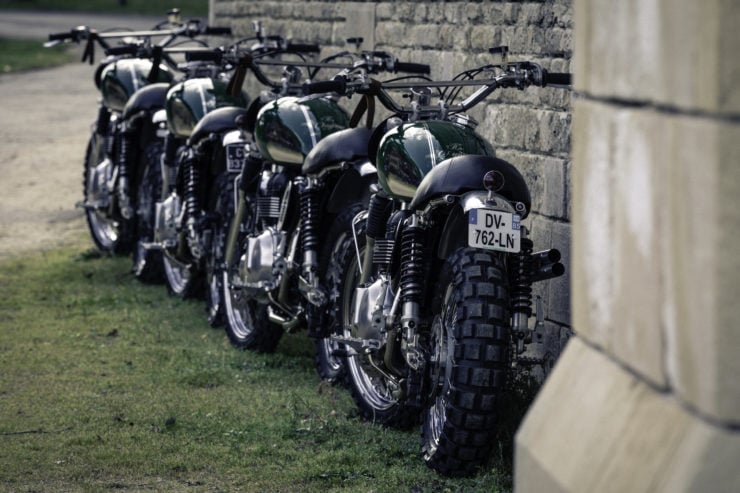 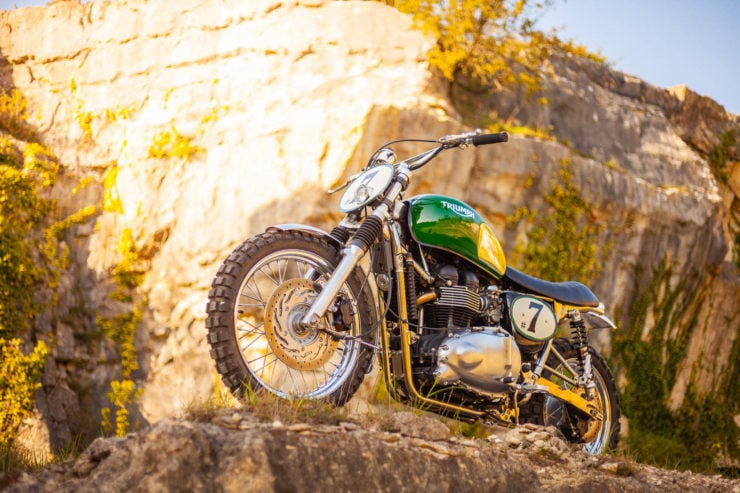 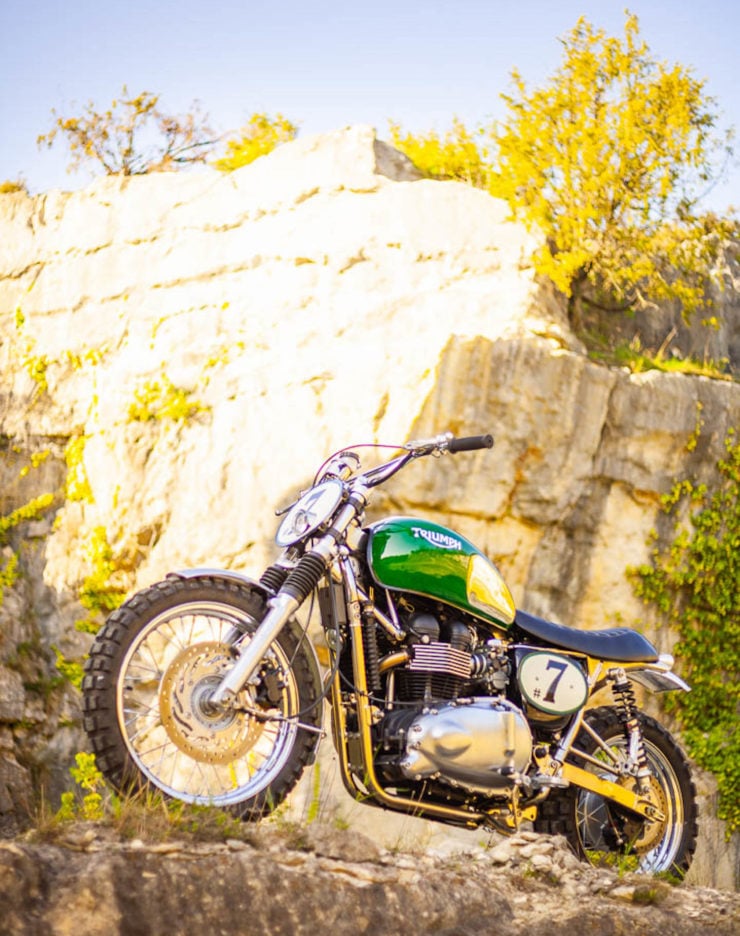 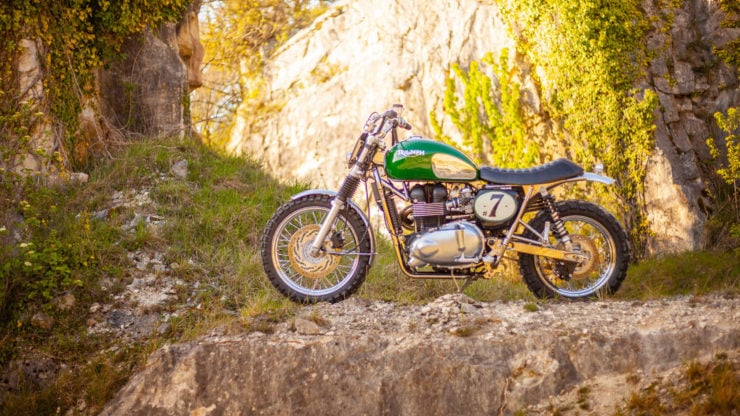 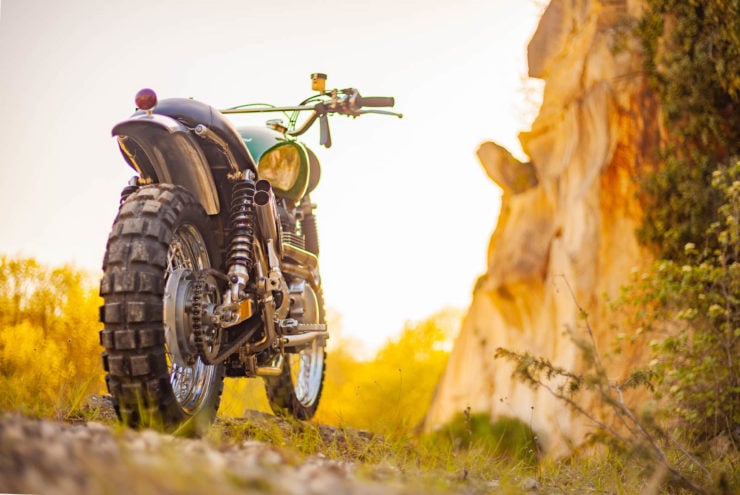 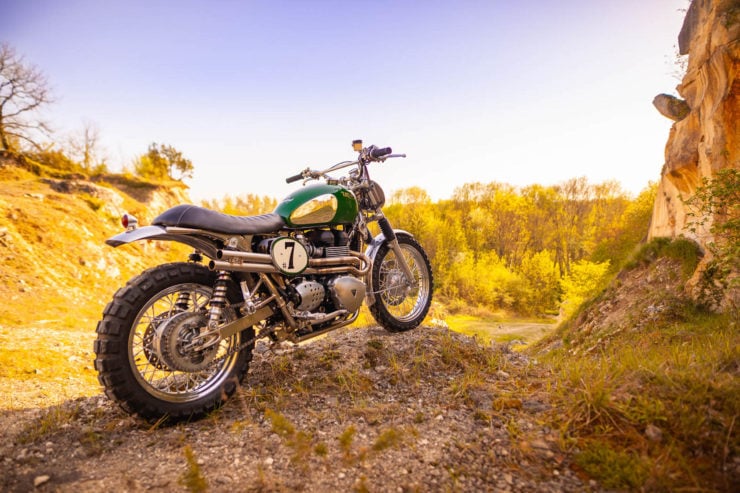 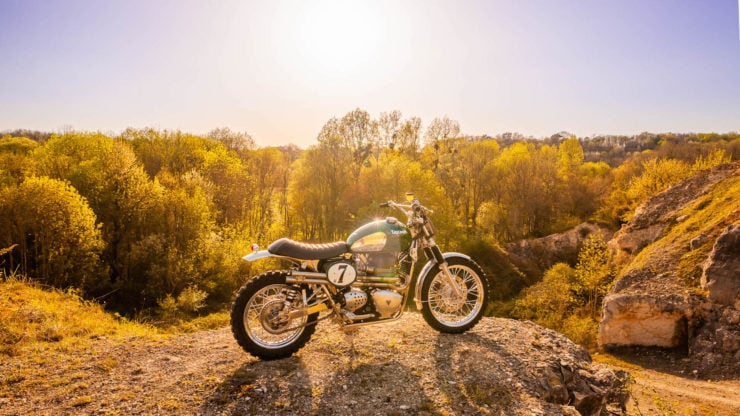 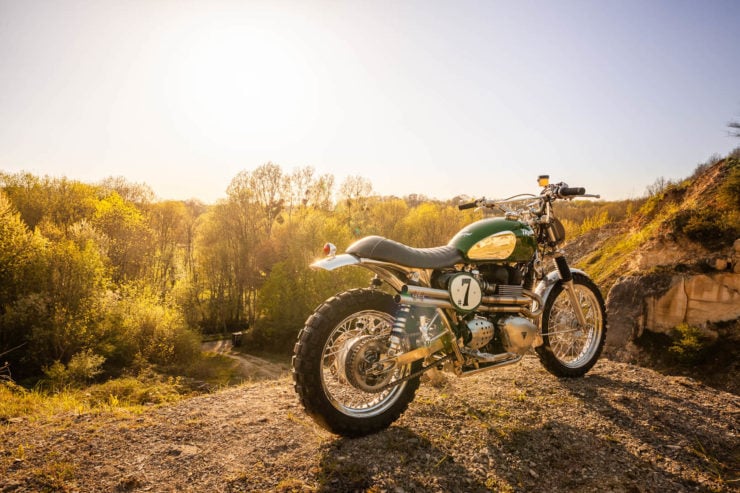 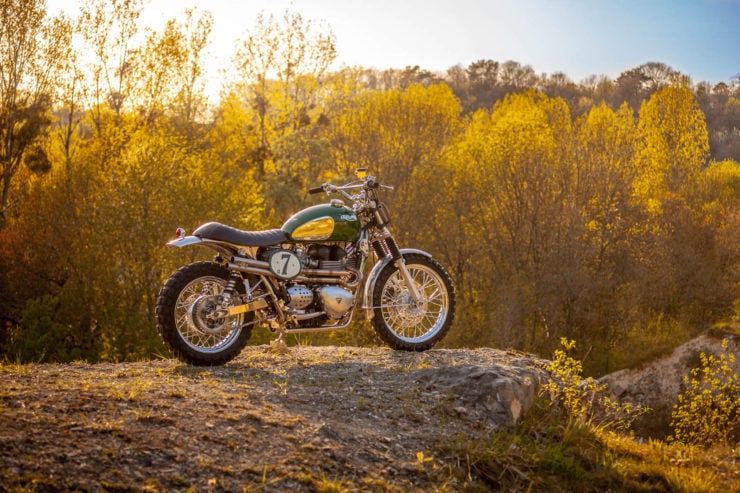 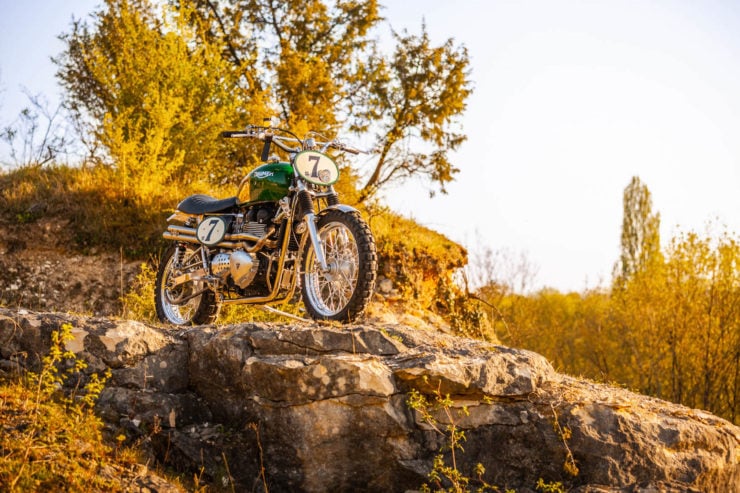 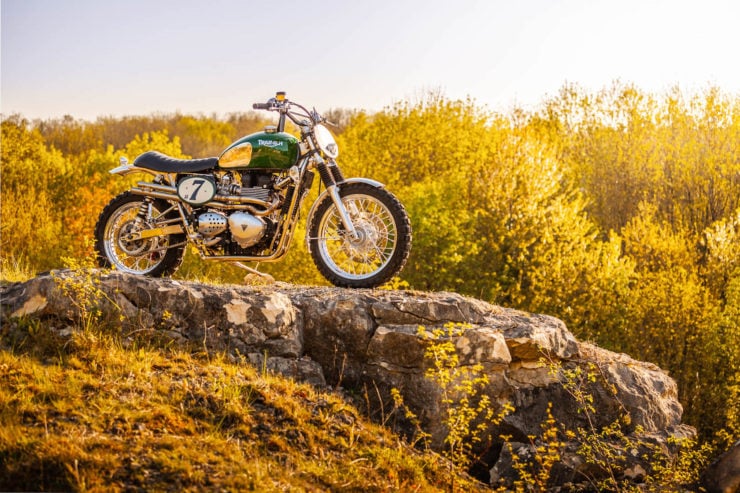 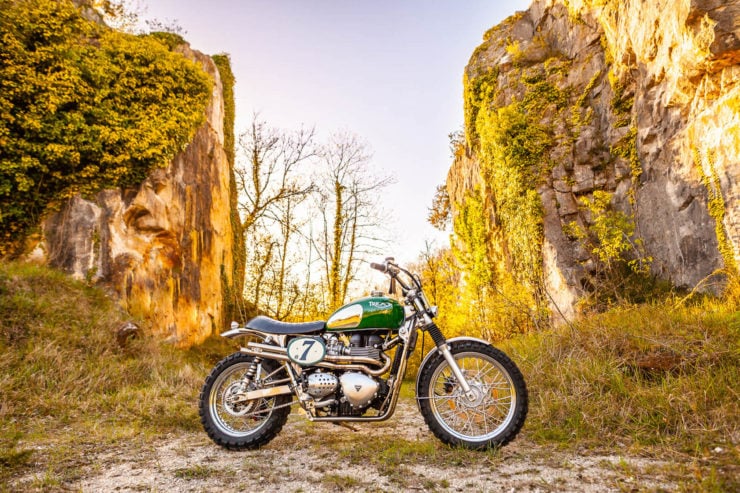 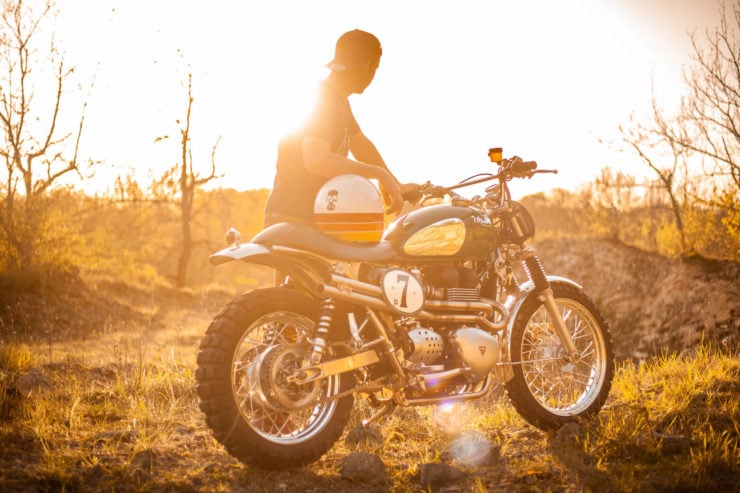 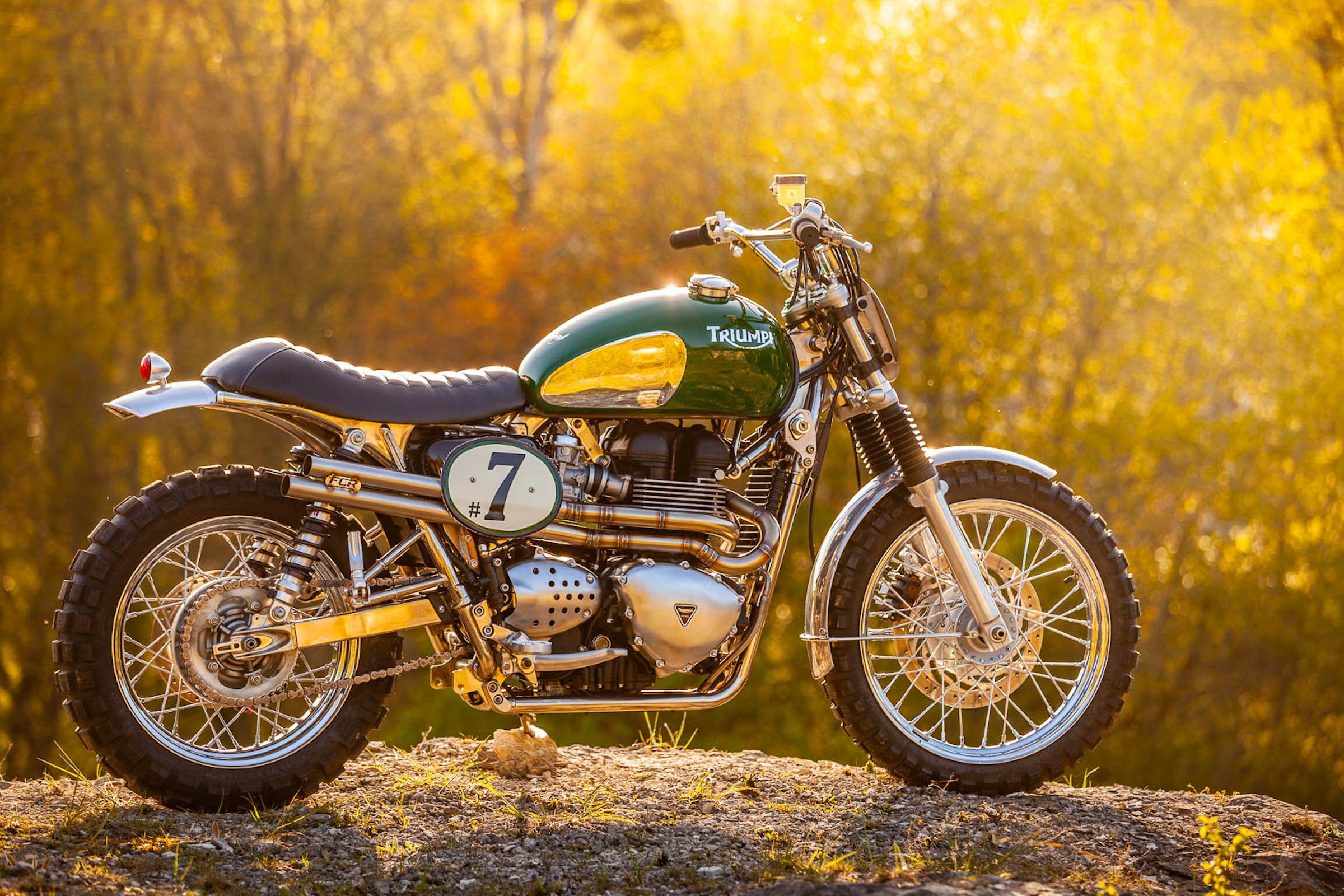