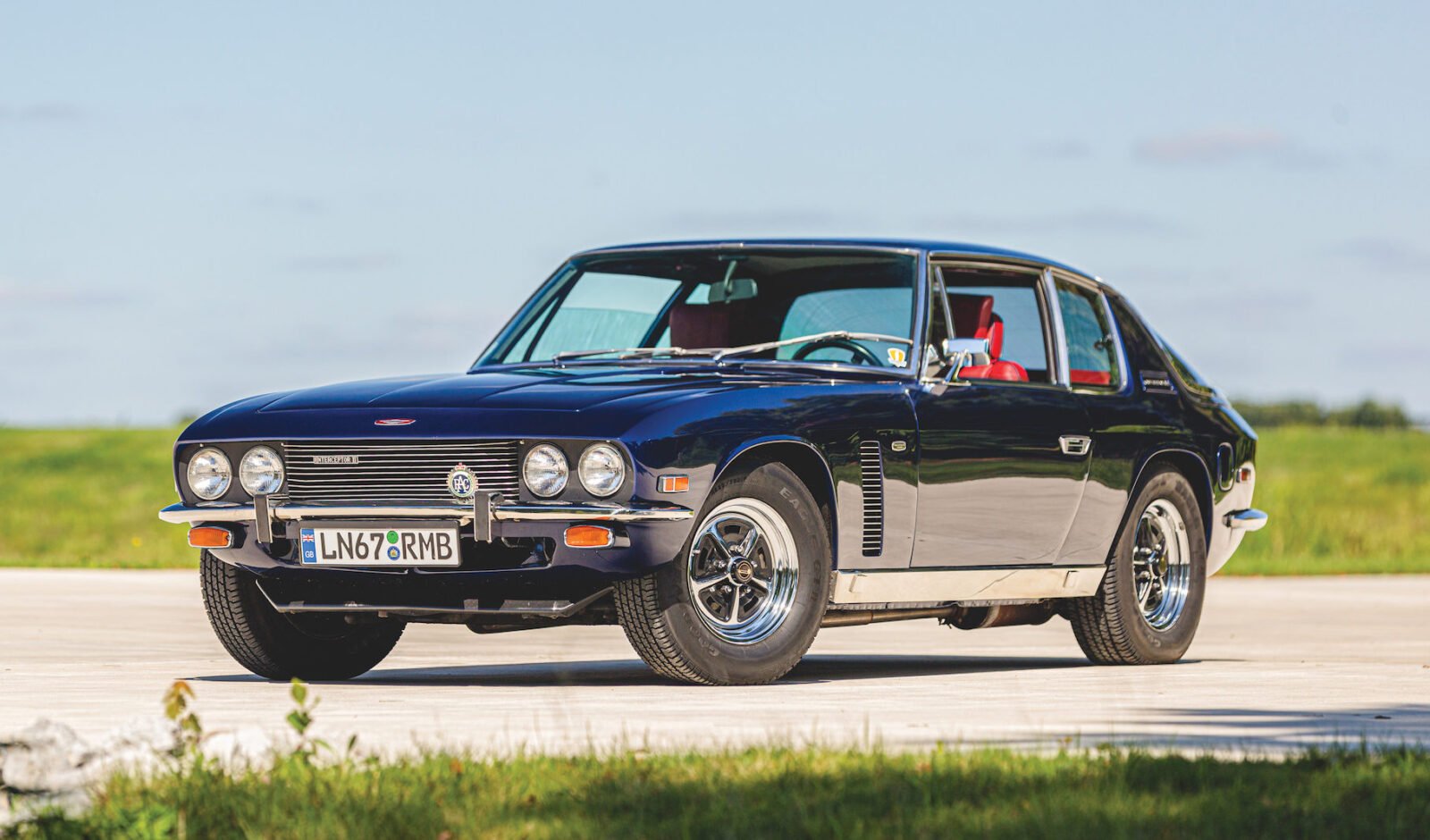 This is a 1971 Jensen Interceptor II, the Interceptor is a British car but its the result of a truly global effort – the body was designed by Carrozzeria Touring of Italy, they were hand-built in Britain, and fitted with Chrysler V8 engines from the United States.

Jensen developed the Interceptor as a competitor for elegant grand tourers like the Jaguar E-Type, the Aston Martin DB6, and the usual suspects from Italy built by Ferrari, Lamborghini, and Maserati. Whereas its competition were all powered by exotic and complex European engines the team at Jensen chose the simpler and far less expensive route of using pre-existing American engines and transmissions.

This gave them a few advantages: their cars would be reliable, cheap to fix, and parts supply would be plentiful. This remains true to this day, and Jensen Interceptors are typically far less expensive to maintain than their European competitors. 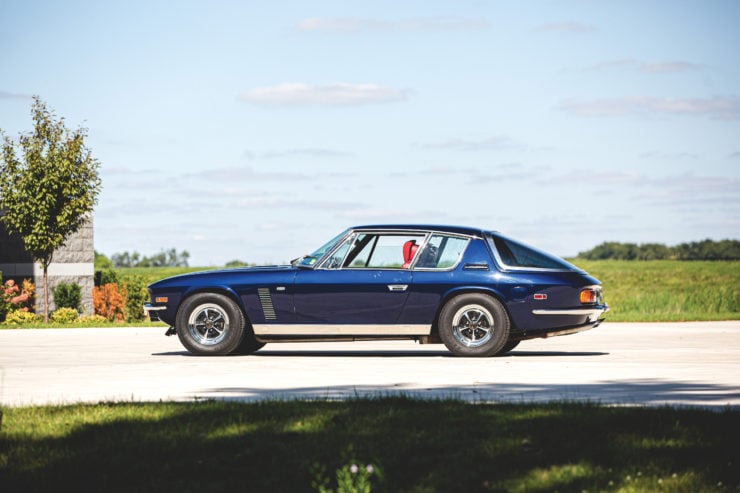 Somewhat confusingly, the Jensen Interceptor was actually the second car to carry the Interceptor name from Jensen. The first being the Interceptor built from 1950 to 1957, this earlier car has no direct engineering or styling links with the later Interceptor.

This later Interceptor was built from 1966 to 1976, over 6,400 were built with the earlier cars being built by Vignale in Italy and later cars being built by Jensen at their factory in West Bromwich, near Birmingham. The model was built in three major iterations labelled I, II, and III, and the FF model was a closely related car that featured both four-wheel drive, Dunlop Maxaret mechanical anti-lock brakes, and traction control – impressive for a car in 1967.

Although many Jensen cars over the years had fibreglass bodies the Interceptor I, II, and III all had steel bodies. This has been both a plus and a minus over the years, fibreglass cars can often see their values limited by the perceived cheapness of the material, but steel-bodied cars are susceptible to rust – particularly vintage steel cars from a time before modern anti-rust coatings, primers, and paints.

The beautiful Carrozzeria Touring styling of the Interceptor has won it many fans over the years, the luxuriously appointed interiors have rightly been described as opulent, and the prodigious power from the large American V8s has meant performance is nothing to sniff at. 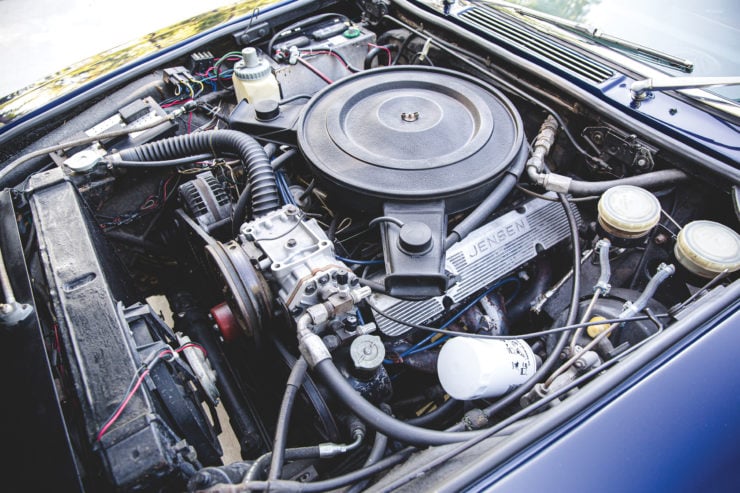 Engine power varied significantly over the years as emissions laws became ever more strict but depending on year and model you could have anywhere from 255 hp to 335 hp, however many cars have now had performance improvements made and we’ve seen some producing well over 400 hp.

The 1971 Jensen Interceptor II you see here is a well-maintained example finished in Estoril Blue over red leather interior. It’s fitted with the Chrysler 383 V8 and a TorqueFlite automatic transmission and it has power windows and factory air-conditioning – the latter has been converted to R134a refrigerant.

The car comes with a comprehensive binder of service records, magazines, and brochures, and it’s being offered with no reserve by RM Sotheby’s. If you’d like to read more about it or register to bid you can click here to visit the listing. 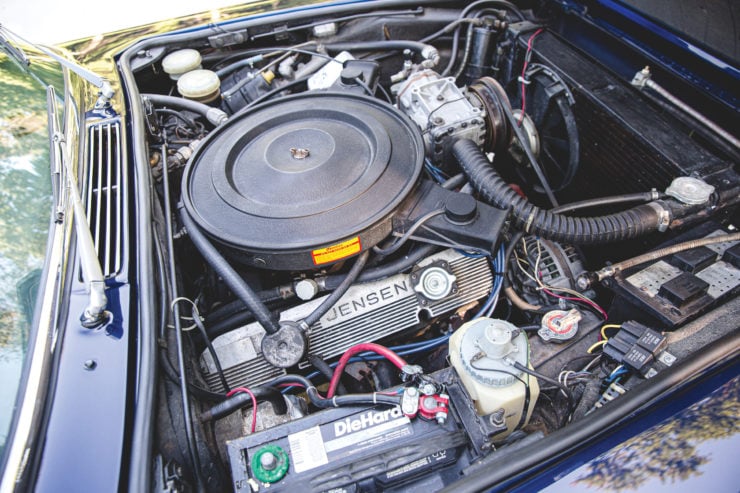 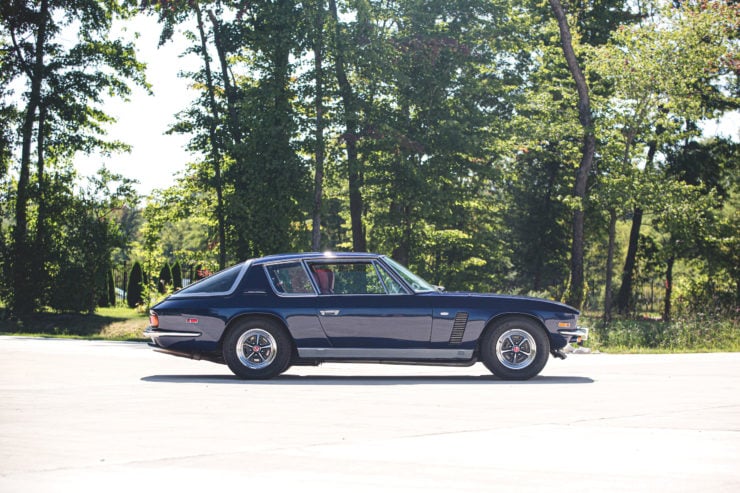 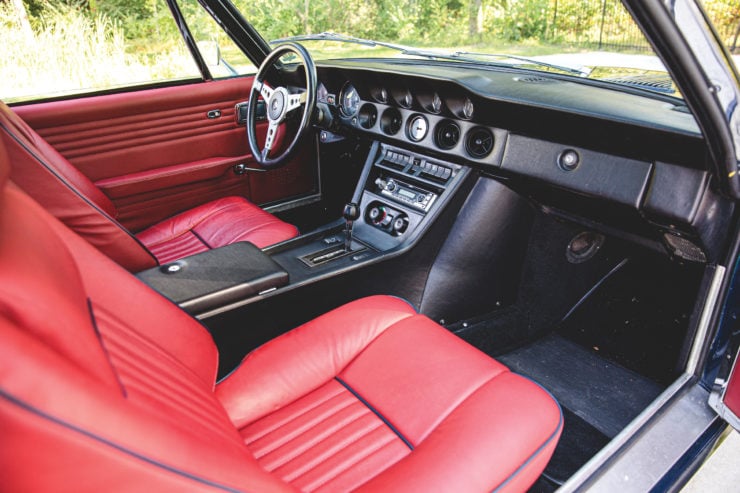 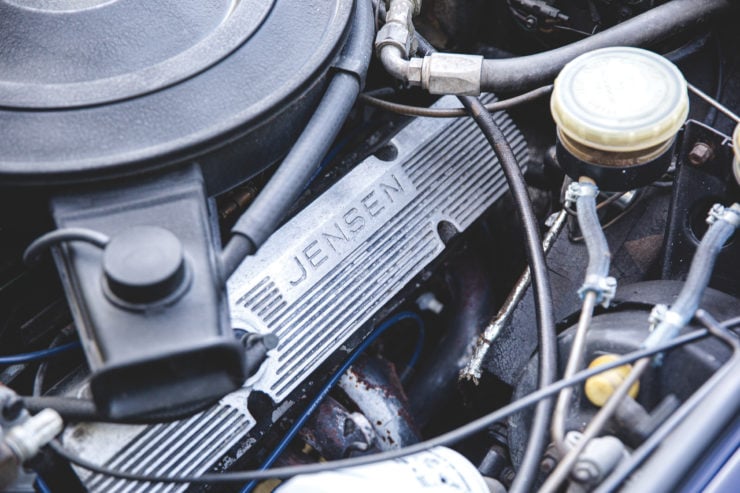 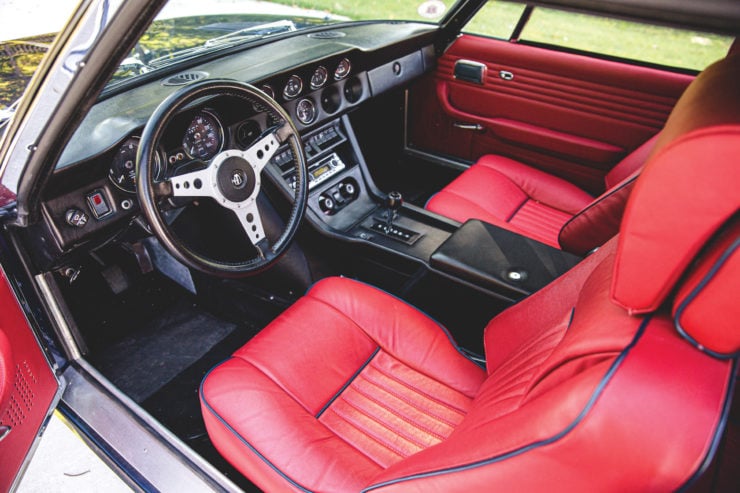 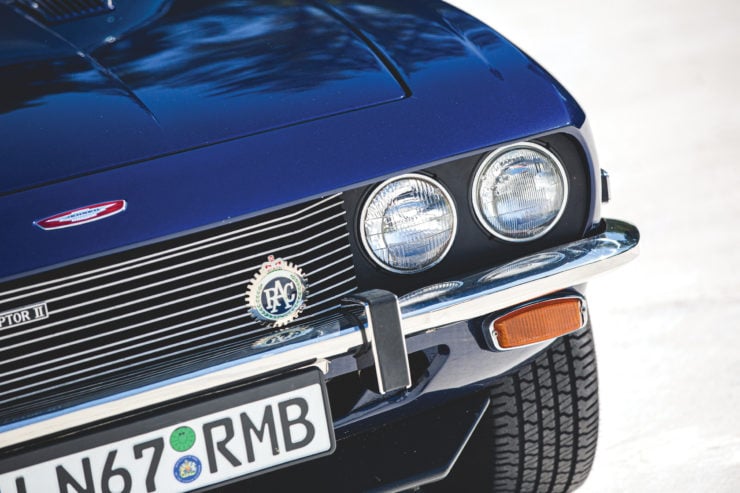 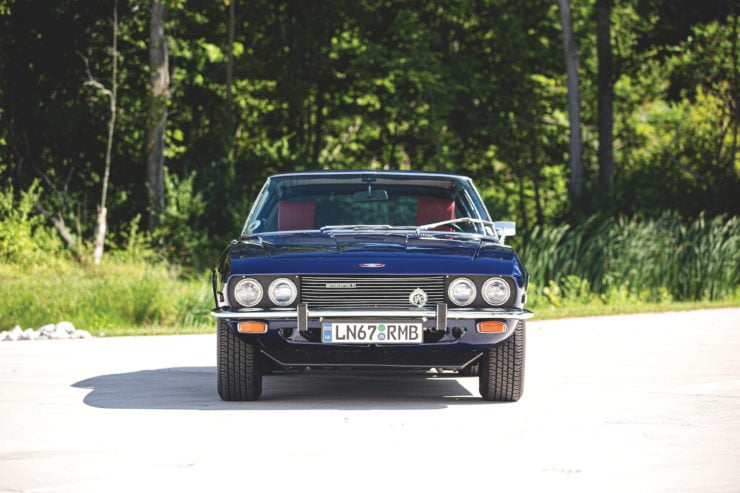 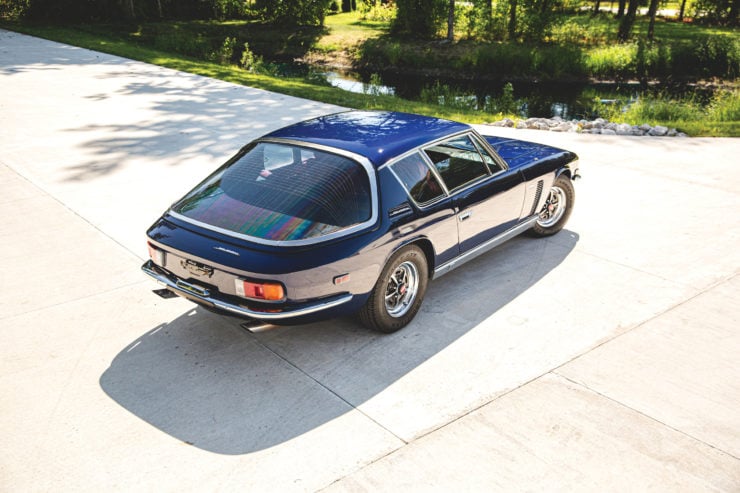 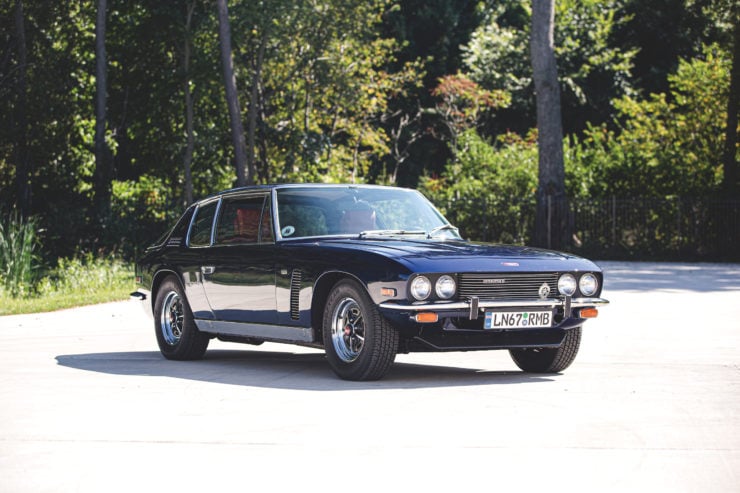 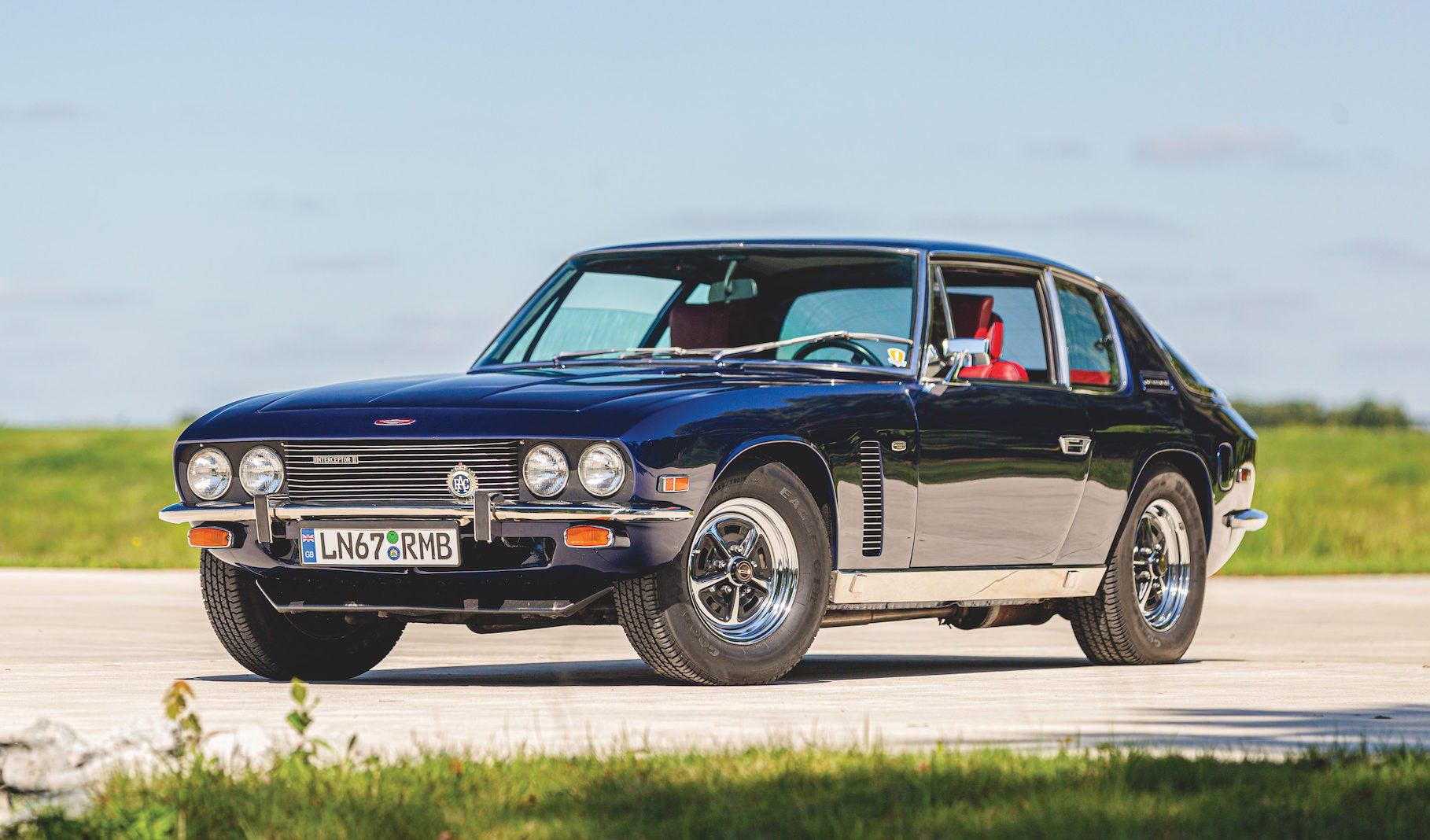