The Sherlock Holmes School of Self-Defence 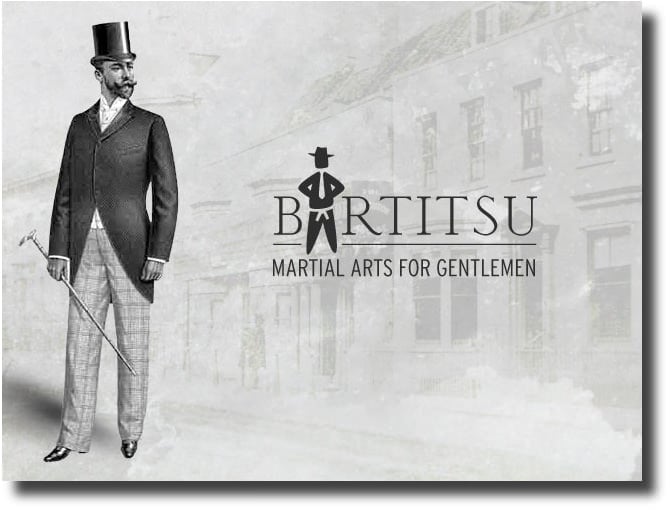 “The Sherlock Holmes School of Self-Defence: The manly art of Bartitsu as used against Professor Moriarty” is a book that holds significant fascination for me, it’s the original textbook of a Victorian era martial art called “Bartitisu” after it’s founder, E. W. Barton-Wright.

Barton-Wright had spent years in Japan learning Ju Jitsu and had also studied pugilism, kickboxing, stick fighting, Savate and a slew of other early arts. He combined them into a new art he dubbed “Bartitsu” and created the “School of Arms” in London in 1899, in doing so he essentially invented MMA almost a full century before the rise of the UFC.

Bartitisu was famously used by Sir Arthur Conan-Doyle’s Sherlock Holmes to fend off Professor Moriarity, after the turn of the 20th century the martial art largely disappeared and has only recently come storming back in England and North America. There are now Bartitsu Societies in New York, Chicago, London and a number of other cities with regular seminars, meet-ups and modern day versions of the original “School of Arms”.

This is the original book written by E. W. Barton-Wright and it’s available via Amazon for the rather affordable sum of $7.18 USD – I recommend it highly – it makes a hell of a good Sunday afternoon read. 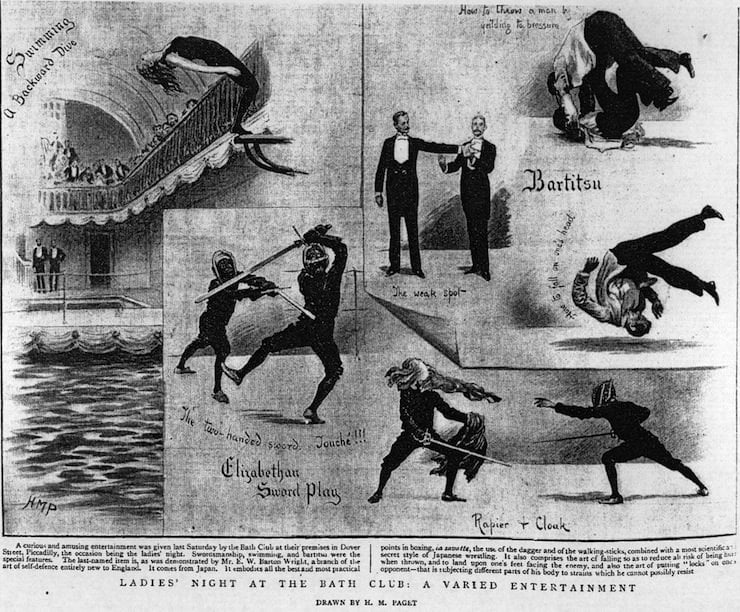