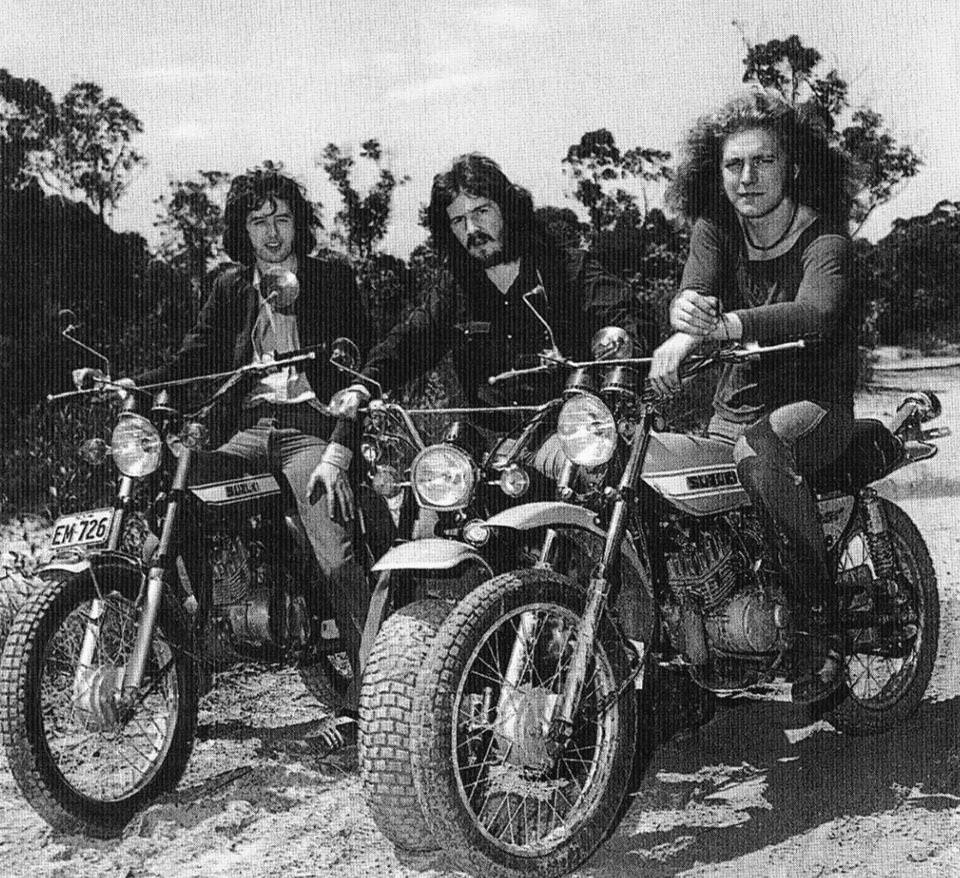 Led Zeppelin are, quite easily, one of the greatest rock bands of all time. Anyone who wants to argue with me about that is going to get something thrown at them.

This appears to be Jimmy Page, Robert Plant and John Bonham sitting astride a couple of Suzuki 2-strokes and what I think is a Yamaha 3-wheeler, if you’d like to see a larger version click the image and then click it again, if you know what that bike in the middle is let us know on Twitter here or Facebook here.

Thanks to Jeremy for emailing this in.