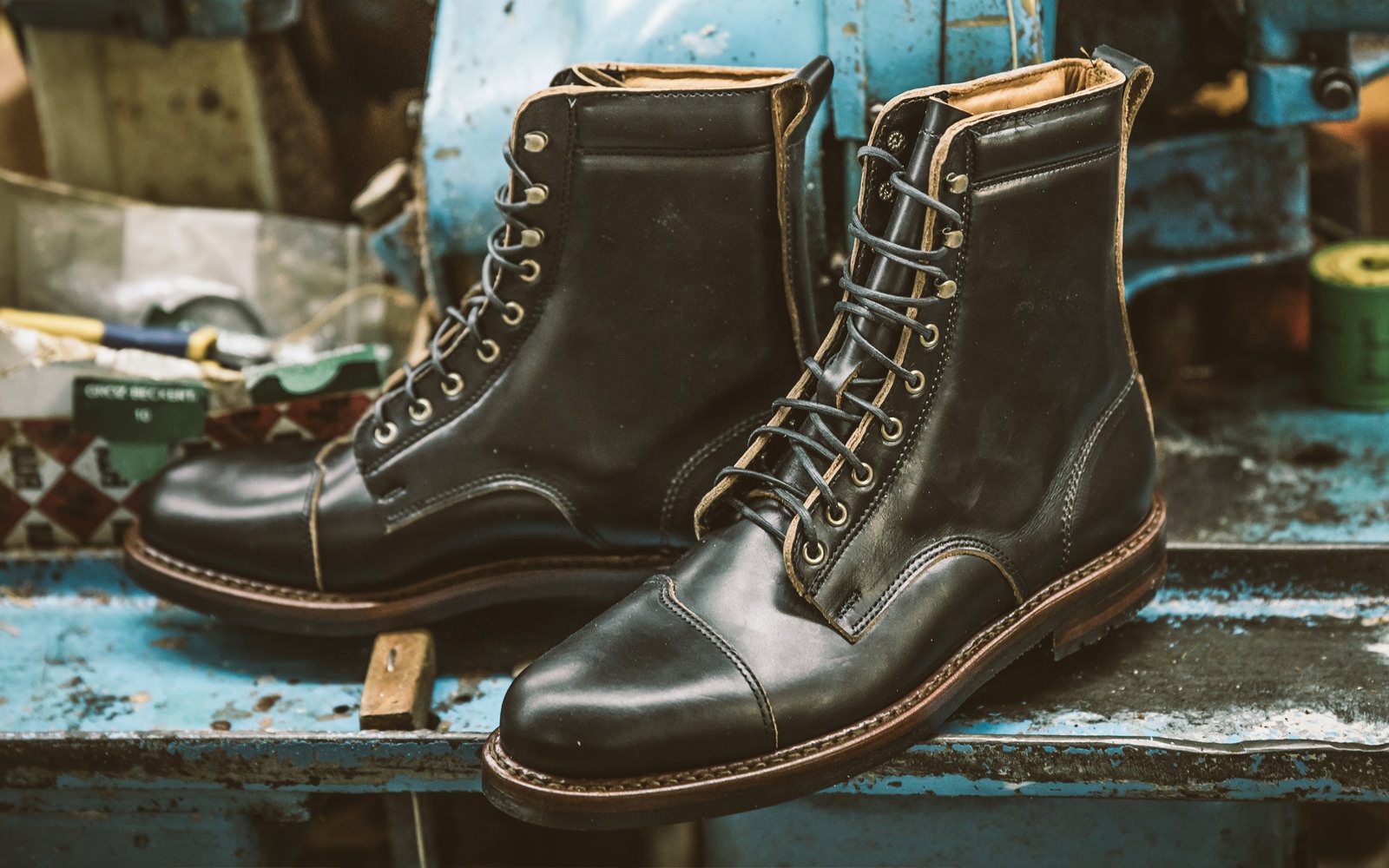 The Iron & Air x Rancourt & Co. Traveller Boot is a motorcycle boot with discrete protection in the ankle and toe cap, but styling that makes it indistinguishable from regular Rancourt street boots.

Rancourt was founded in 1967 in Lewiston, Maine by David Rancourt. Shortly thereafter his eldest son Micheal joined him and the two men built the company up into one of the pre-eminent low-volume shoemakers in the USA. A financial pinch in the 1990s saw new shareholders come onboard, though Michael remained at the helm, and in 2008 when the new shareholders announced a plan to close the factory in Lewiston, Micheal stepped up and bought the company back – launching the modern iteration of the company – Rancourt & Co, which he now runs with his own son.

Iron & Air likely needs no introduction if you’re a regular Silodrome reader, they’re one of the best custom motorcycle magazines in the world – successfully maintaining a print version of the publication when many around them have faltered and disappeared.

The Iron & Air x Rancourt & Co. Traveller Boot is a collaborative project between Rancourt and Iron & Air, combining the high-quality of Rancourt boots with the motorcycle experience of the team at the magazine – creating a tough, hard-wearing pair of motorcycle boots that are still subtle enough to hide their true purpose.

Each pair is made from American Horween Chromexcel leather with a Vibram oil-resistant sole, a soft tan cowhide leather lining, and braided waxed cotton laces. For motorcycle use the boots have a second leather toe cap to protect from wear from the shifter, as well as a reinforced ankle and toe cap for foot protection.

Pre-orders are currently being taken but they close on May 7th, sizes run from 6 up to 13, you can choose from narrow/medium/wide/extra-wide, and the boots are offered in both brown and black. 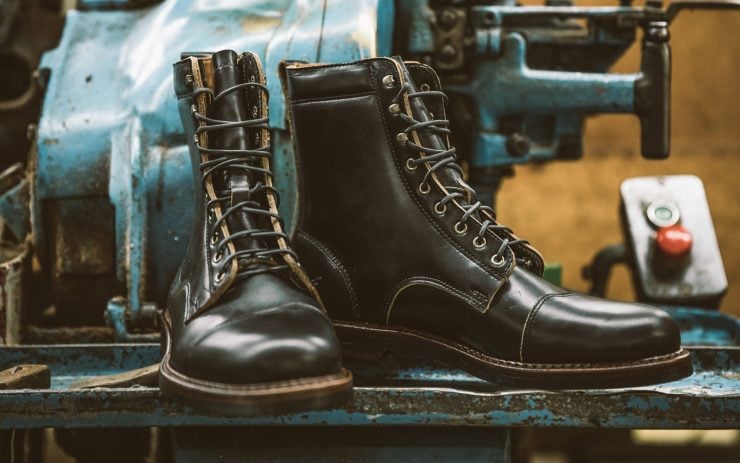 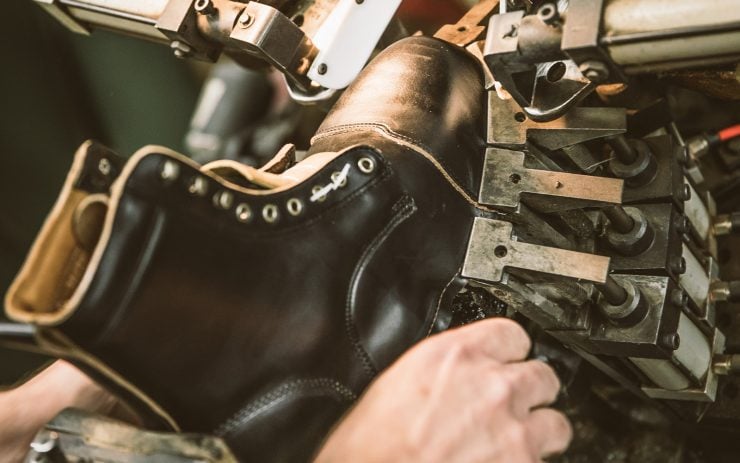 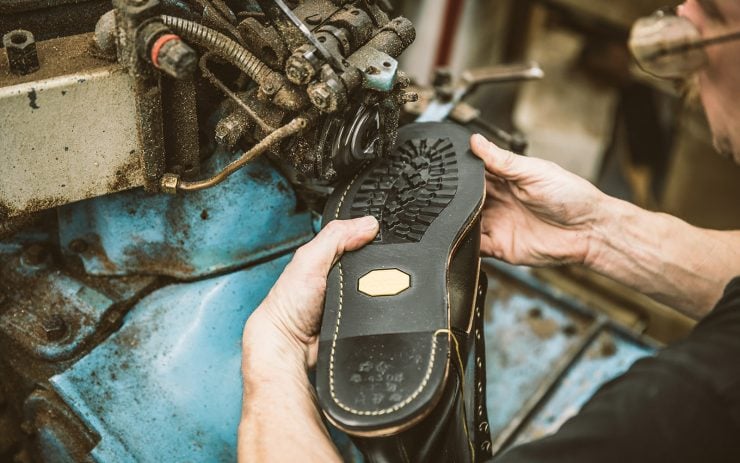 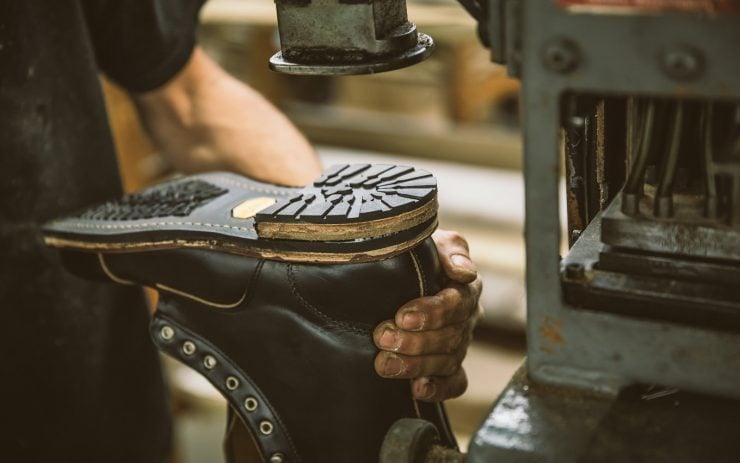 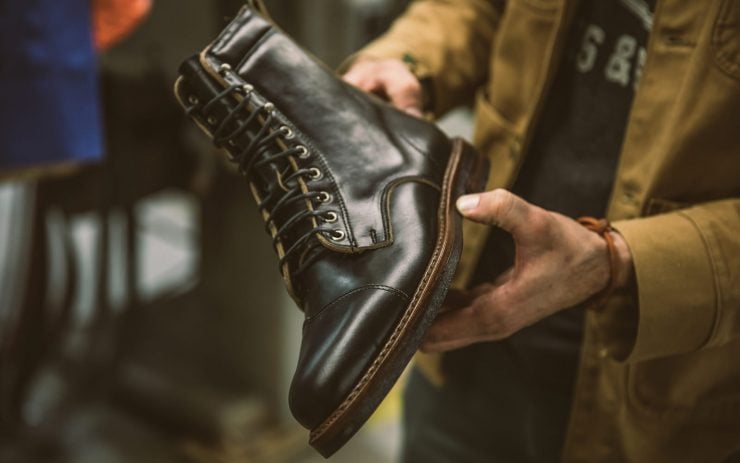 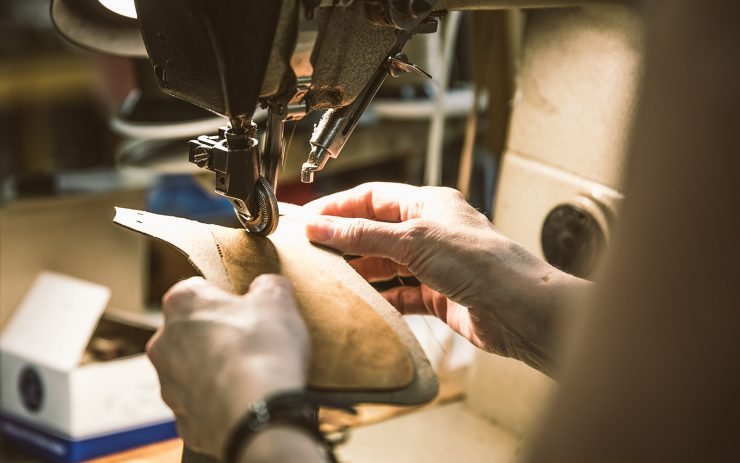 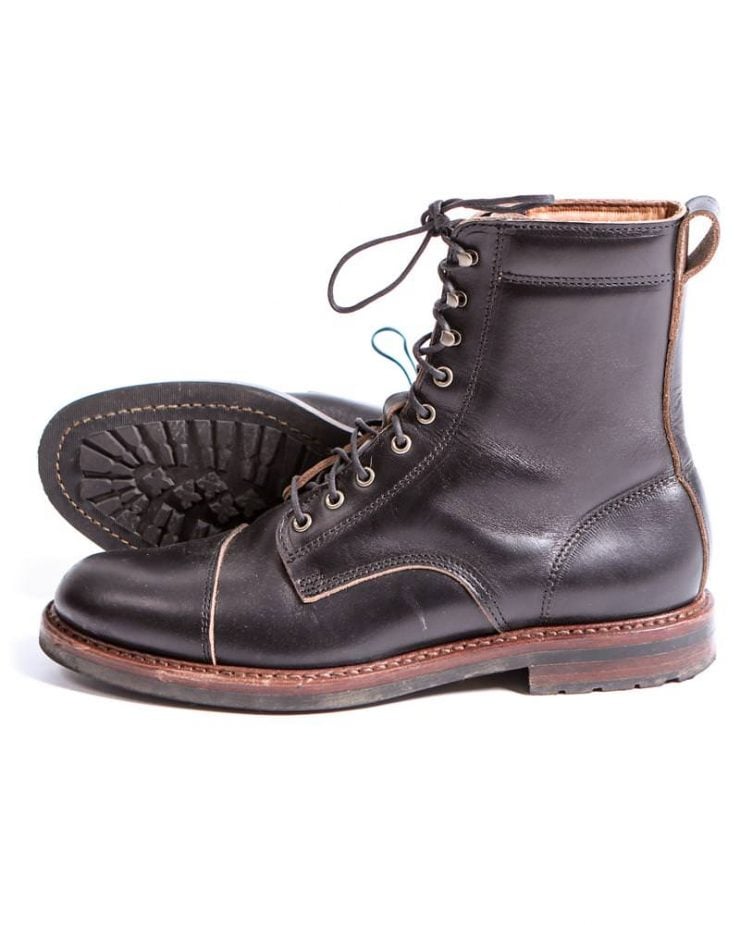 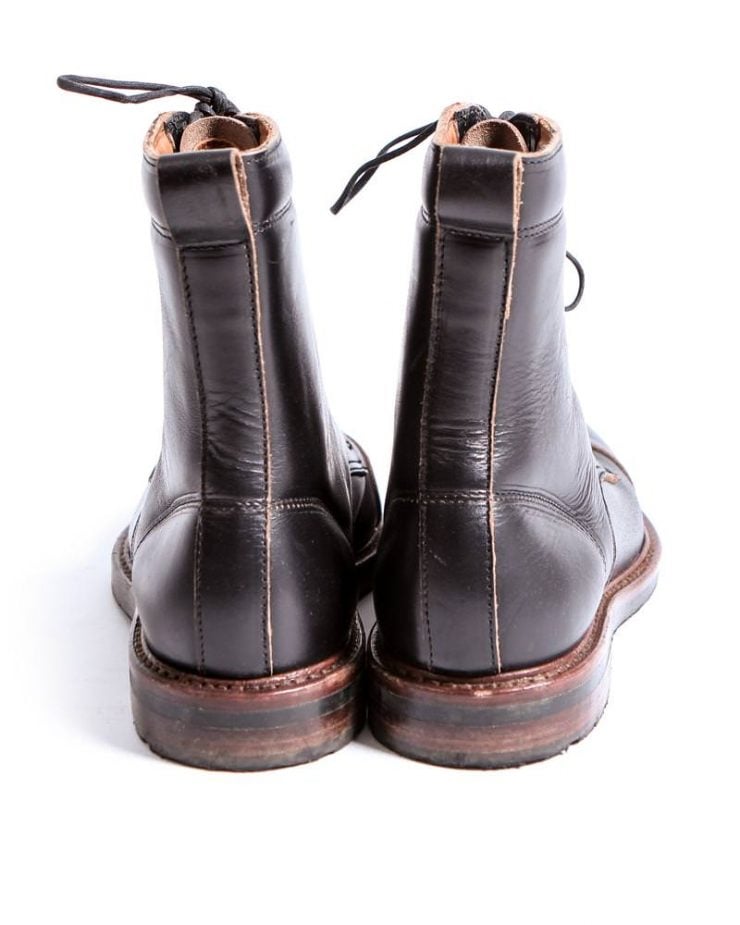 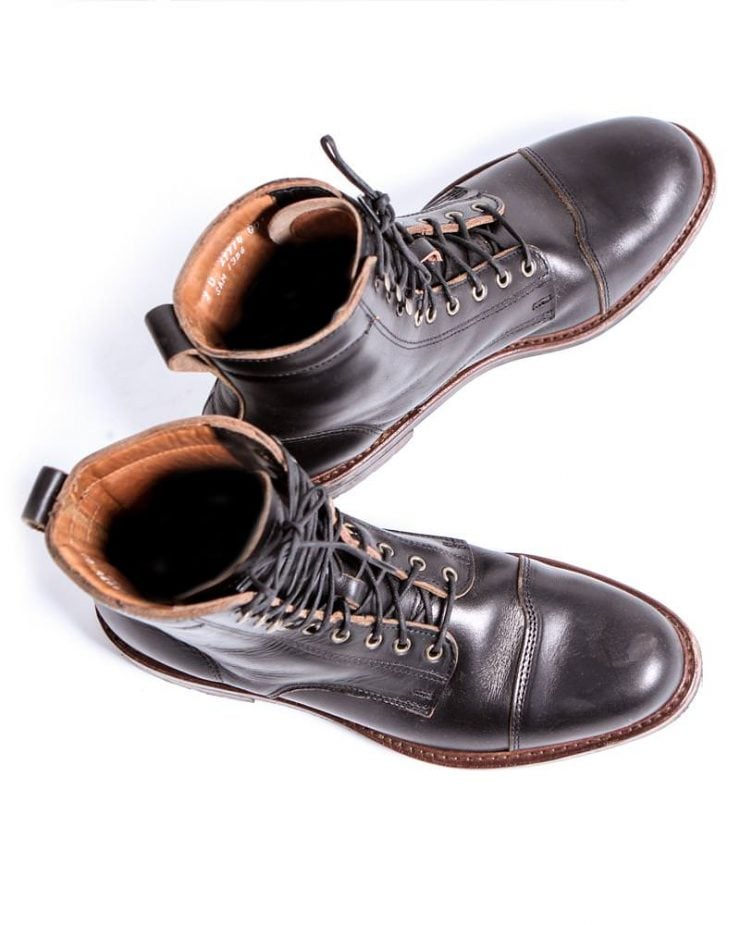 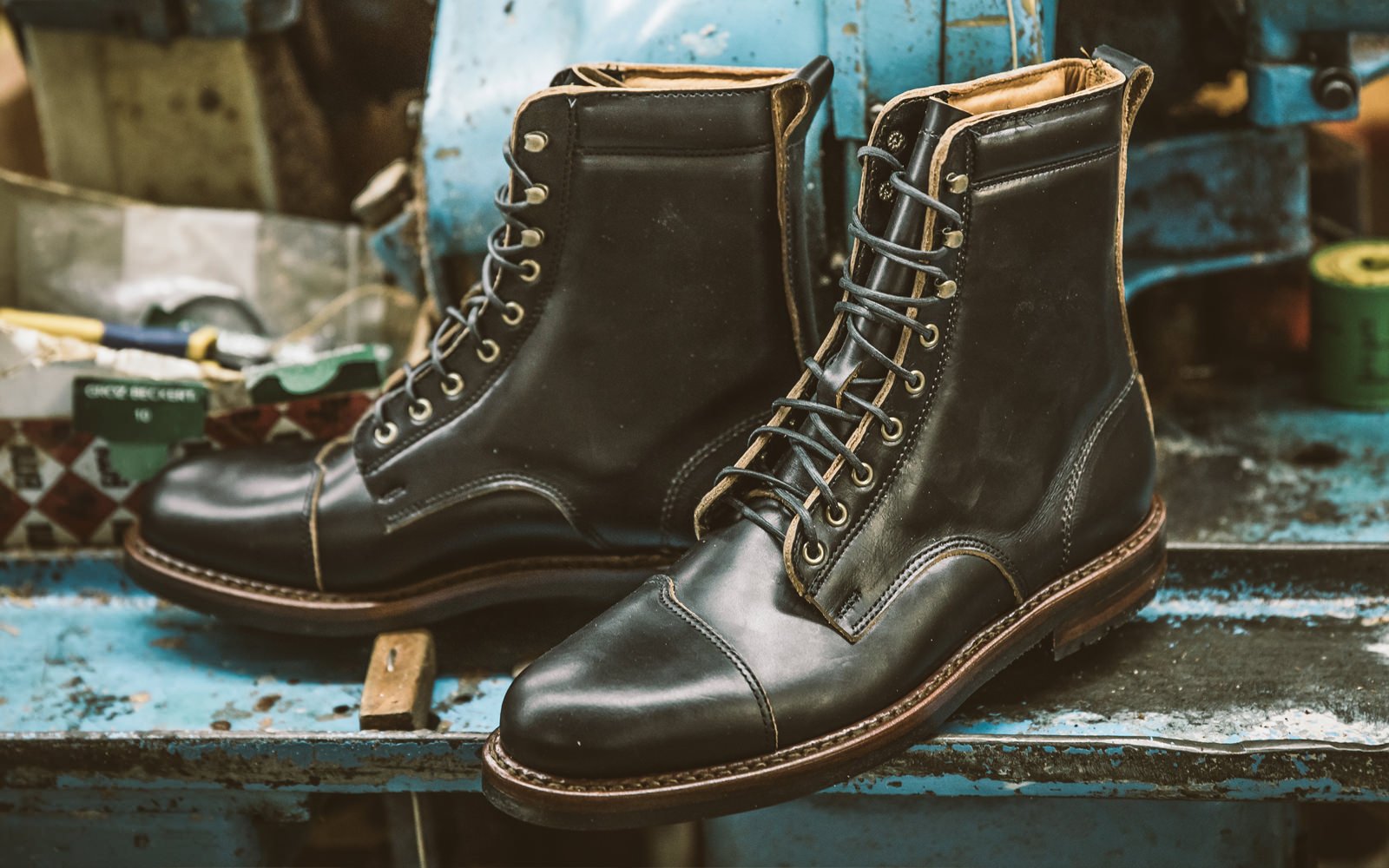