The First Lady of Washington 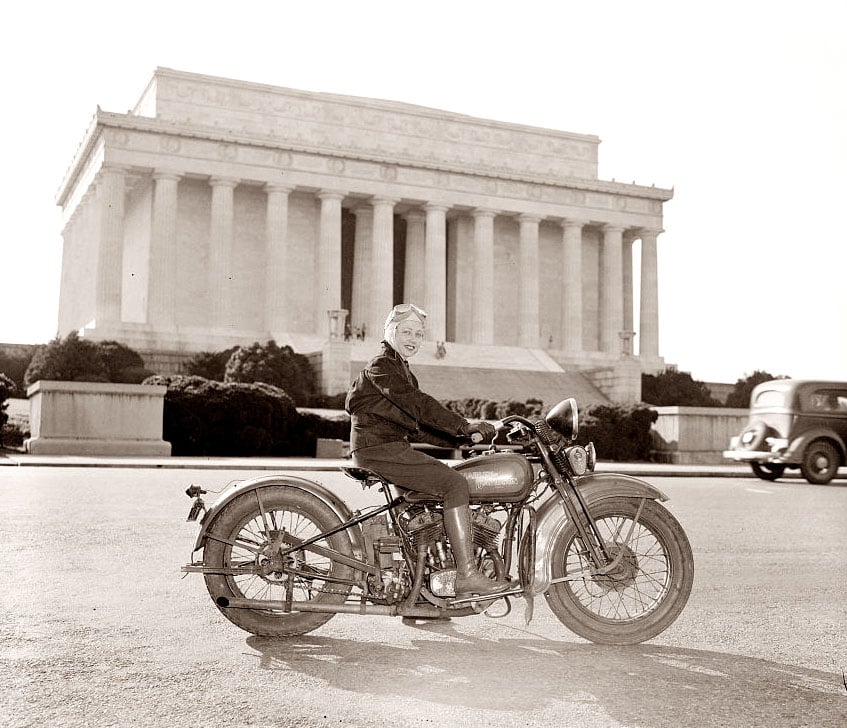 Sadly I don’t have the name of the lady in the picture, we discovered that she was the first woman issued with a motorcycle license in Washington DC all the way back in 1937. This was her first day out riding her Harley-Davidson, enjoying the sights and doubtless the sound of that classic, unmufflered v-twin.