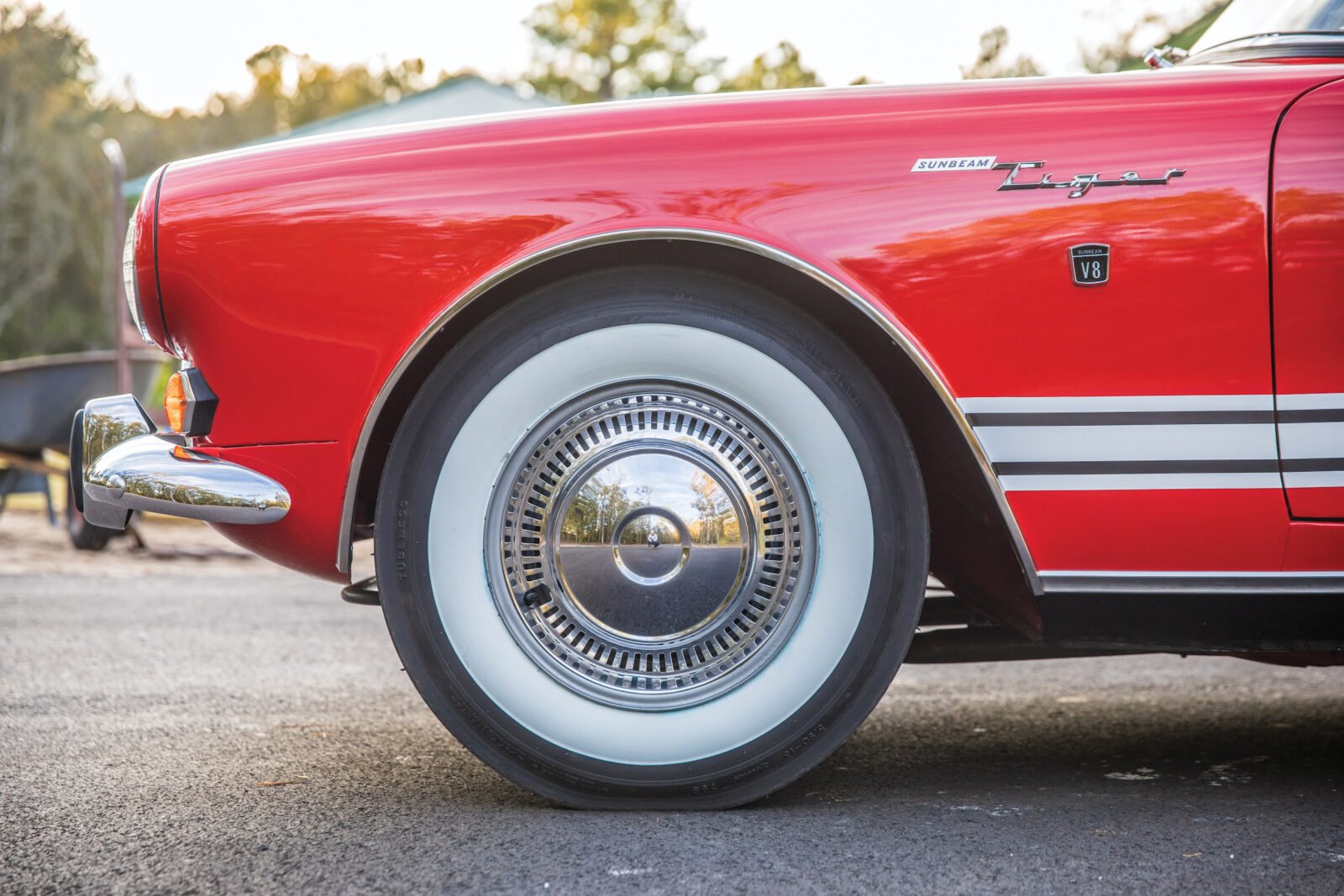 There were two Sunbeam Tiger prototypes developed in the early 1960s, one was built by Carroll Shelby and his team and the other by racing driver Ken Miles. The original idea of building a V8 version of the Sunbeam is credited to Formula 1 world champion Jack Brabham, though it’s likely that the arrival of the Shelby Cobra was also a contributing factor.

The team at the Rootes Group, the parent company of Sunbeam, contracted Carroll Shelby to build the first official prototype of the Tiger. They gave him a car and $10,000 USD, and a few weeks later in April of 1963 they had a running driving prototype.

Rootes had initially sent a car, an engine, and $800 to British fabricator and racing driver Ken Miles to build an unofficial proof-of-concept prototype, which he did in just a week. A remarkable feat when you consider how much work went into shoehorning an American V8 into the tight confines of the Alpine’s engine bay. 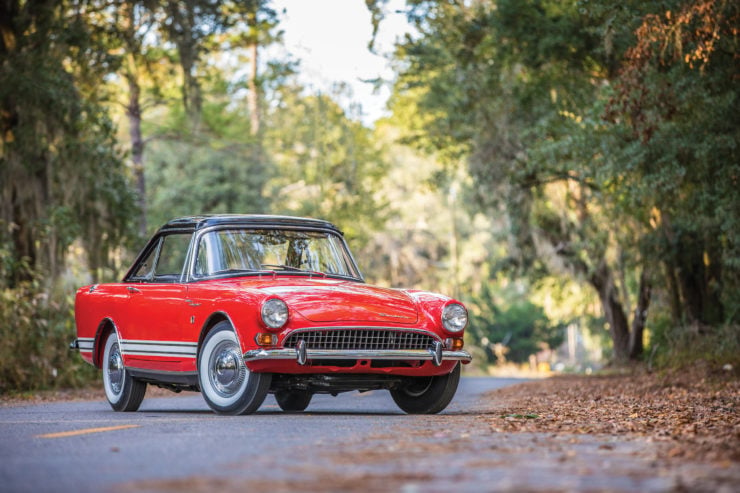 In order to figure out which American V8s might actually fit, the team at Carroll Shelby had measured the Sunbeam Alpine engine bay with a yardstick at a race track where he had met Ian Garrad of Sunbeam, Shelby used the stick to prove that the 260 cu. un. V8 would fit – though only just.

Once the Shelby prototype was ready to be sent to England the executives at Rootes told company founder Lord Rootes about their efforts. He was reportedly very angry that it had all been done without his knowledge, but he agreed to have the car shipped to England for testing – he then insisted on driving it himself.

Upon his return from his test drive he was so impressed with the car he made a telephone call directly to Henry Ford II to negotiate a steady supply of Ford 260 V8s. The two men came to an agreement and the project to create a production version of the car began in earnest.

Carroll Shelby had been hoping to get the contract to build the Sunbeam Tiger at his facility in California, but Rootes decided to build them in England instead and pay Shelby a commission on each car they sold. Although the Tiger would forever remain a Shelby creation it wouldn’t be badged as such like the Shelby Cobra, the Shelby GT350, and the many other illustrious performance cars to come out of his American workshops.

The Sunbeam Alpine would enter production in 1964 and remain in production until 1967, its lifespan cut short by the sale of Rootes Group to Chrysler. Chrysler didn’t have a suitably sized V8 for the car and they obviously didn’t want to have a car in production that used a Ford V8, so they cancelled the project after a little over 7,000 Tigers had been built. 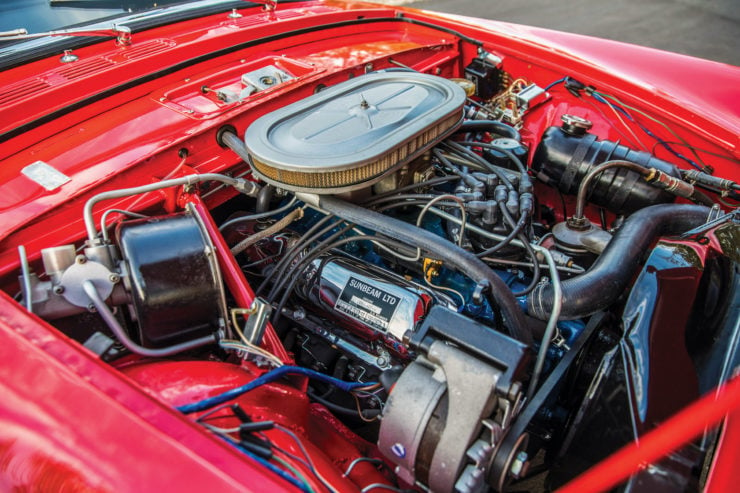 Today the Sunbeam Tiger is a highly collectible cross-Atlantic classic, prized for its Shelby heritage and its remarkable performance abilities, even by today’s standards.

The car you see here is from the second generation of cars, known as the Sunbeam Tiger Mk II. The first owner of this car took delivery in Europe and drove it around the Continent before sending it back to their home state of Ohio.

As often happens, family life got in the way and the car was stored away until the current owner bought it from the daughter or the original owner 6 years ago, it had just 33,000 miles on the odometer.

The car was then sent to a garage experienced with Tigers for a 1,800 hour restoration, with a strong focus on authenticity. The car was stripped to bare metal and refinished in its original Carnival Red with accent side stripes replicated as built. Both hardtop and a new soft top are included. Since restoration, it has been driven around 3,000 miles.

If you’d like to read more about the car or register to bid you can click here to visit the listing on RM Sotheby’s, 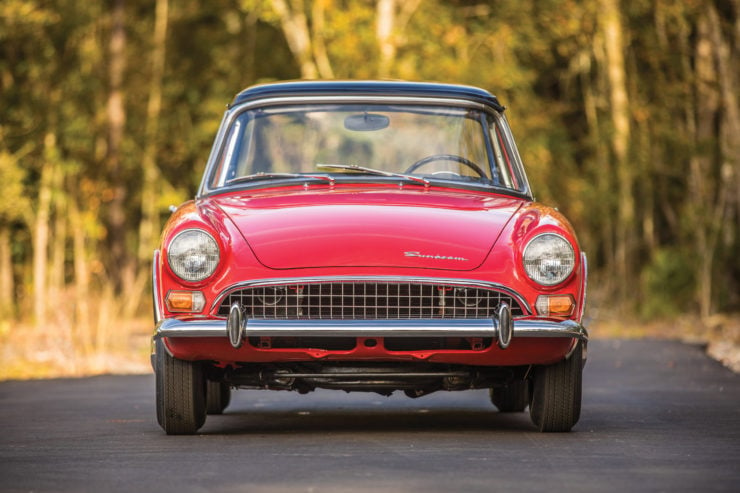 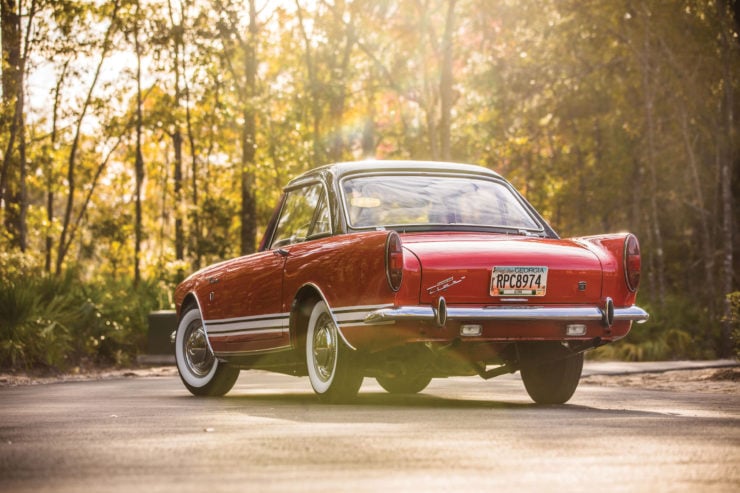 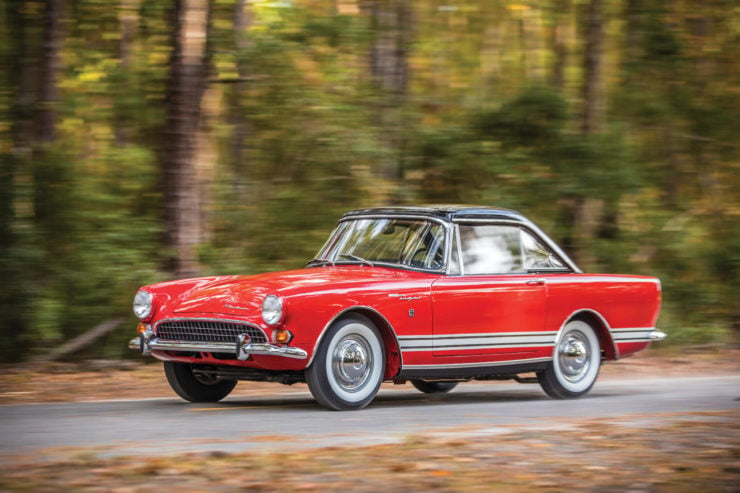 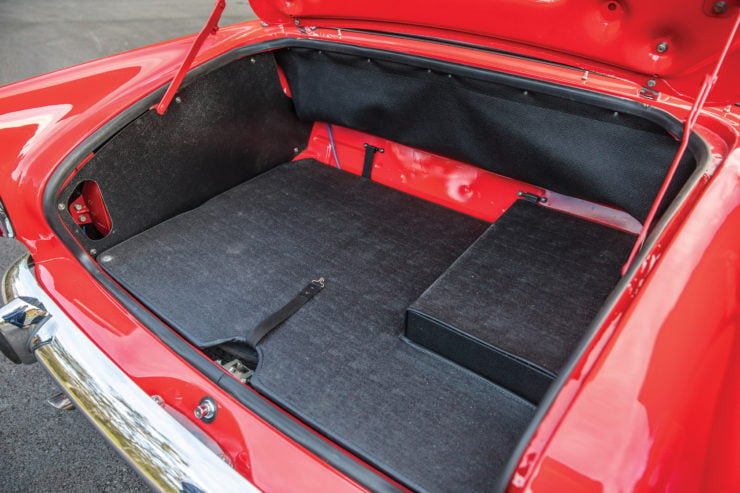 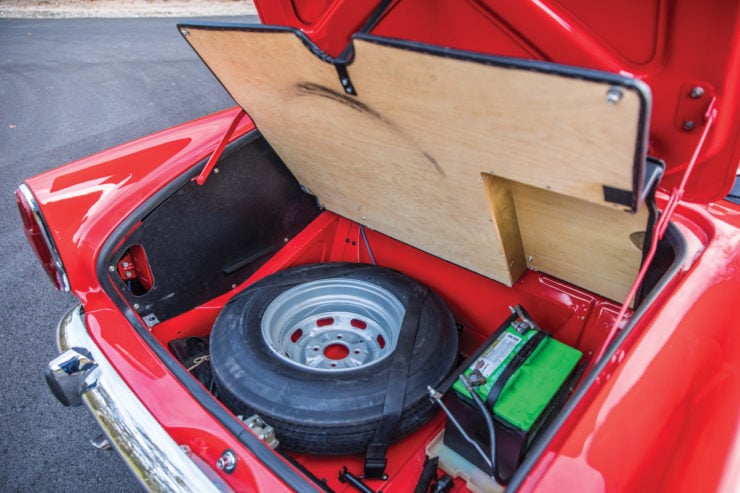 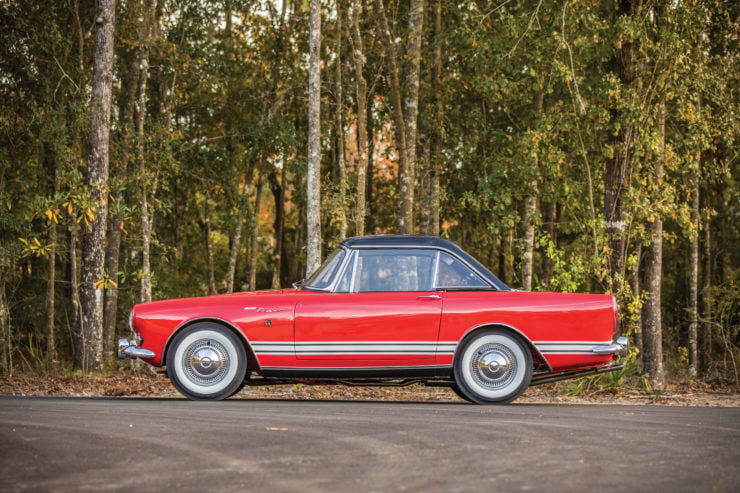 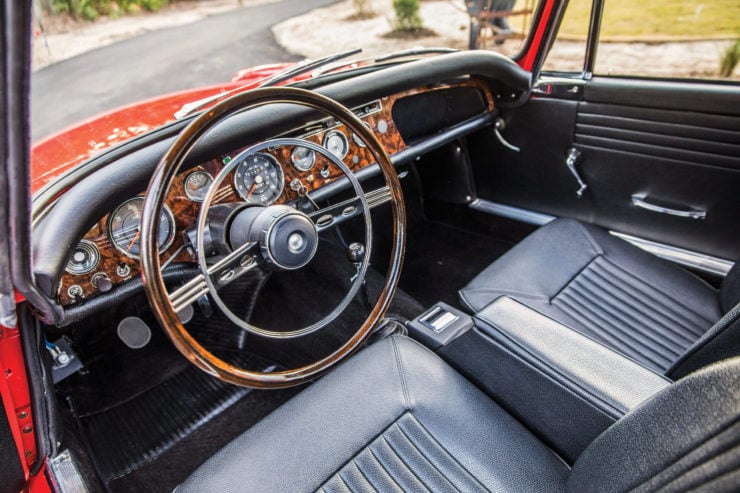 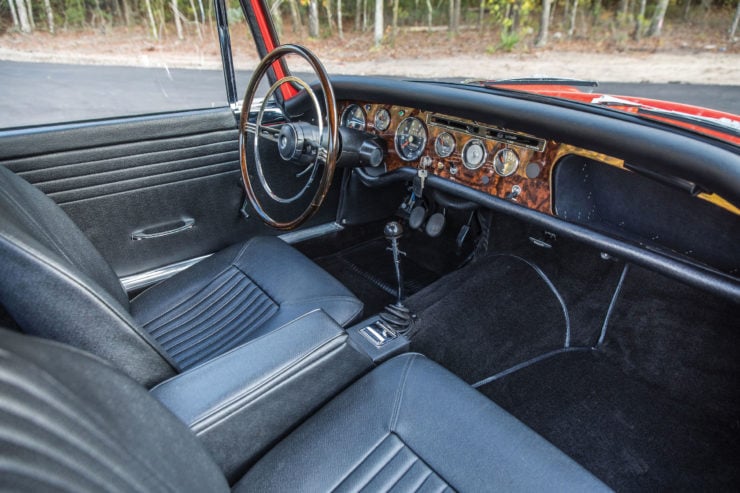 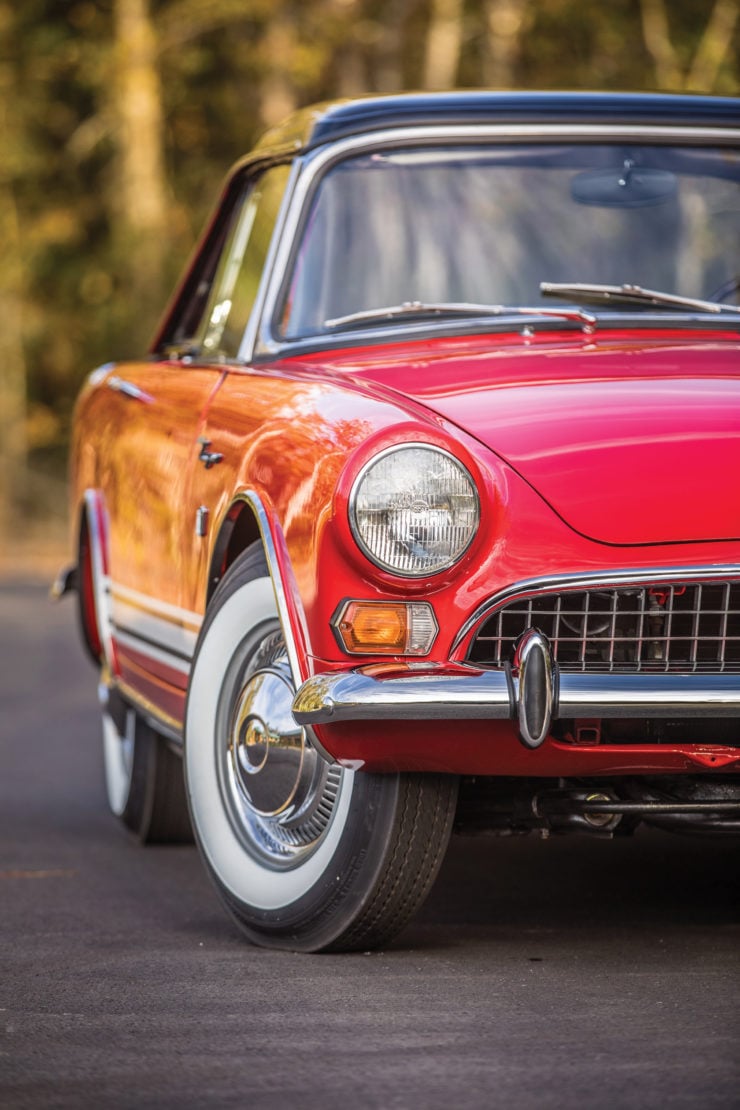 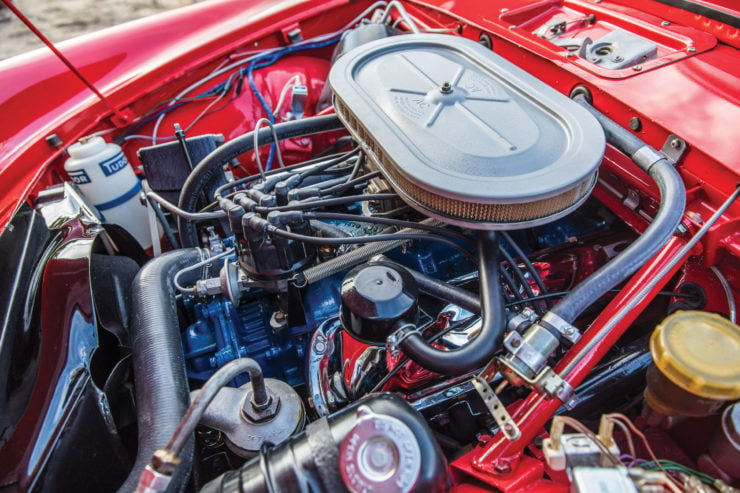 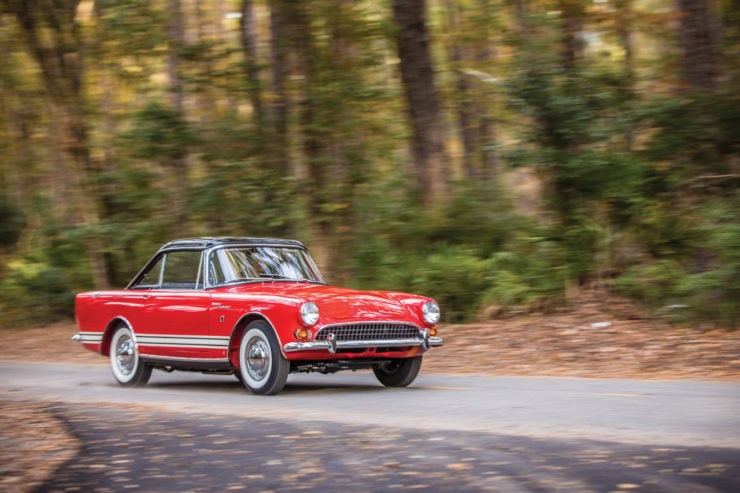 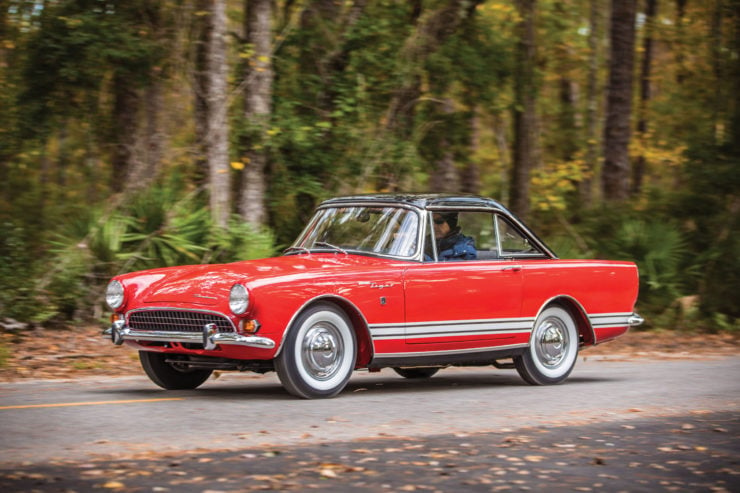 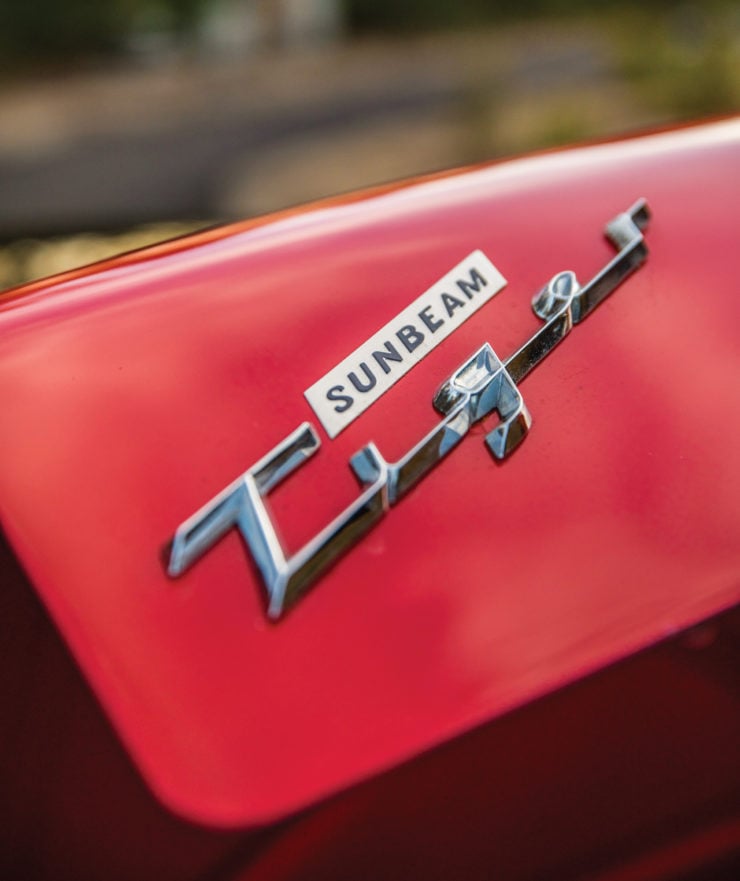 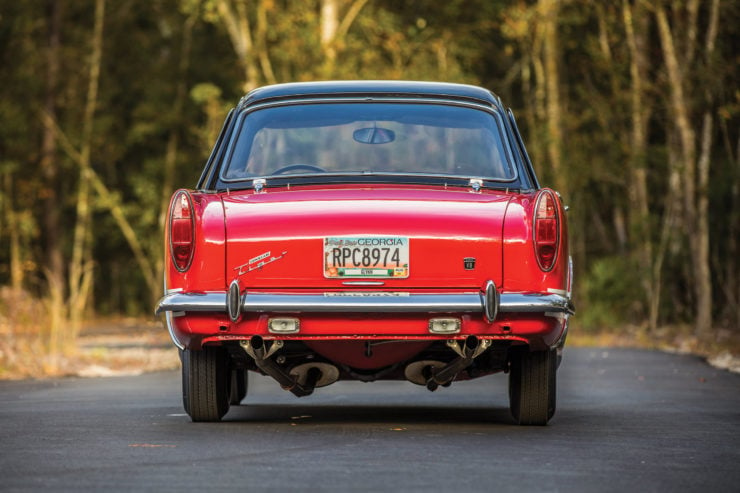 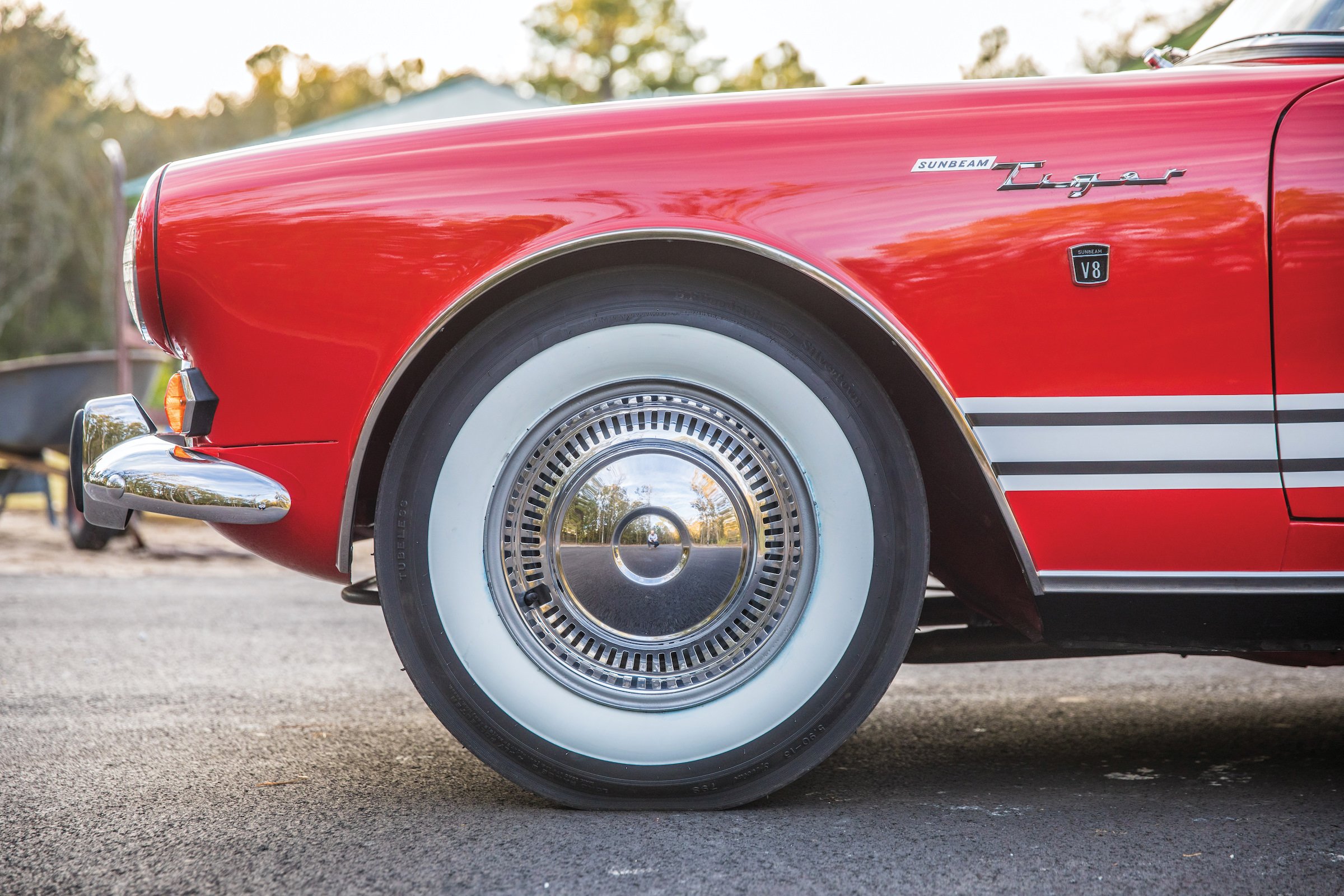