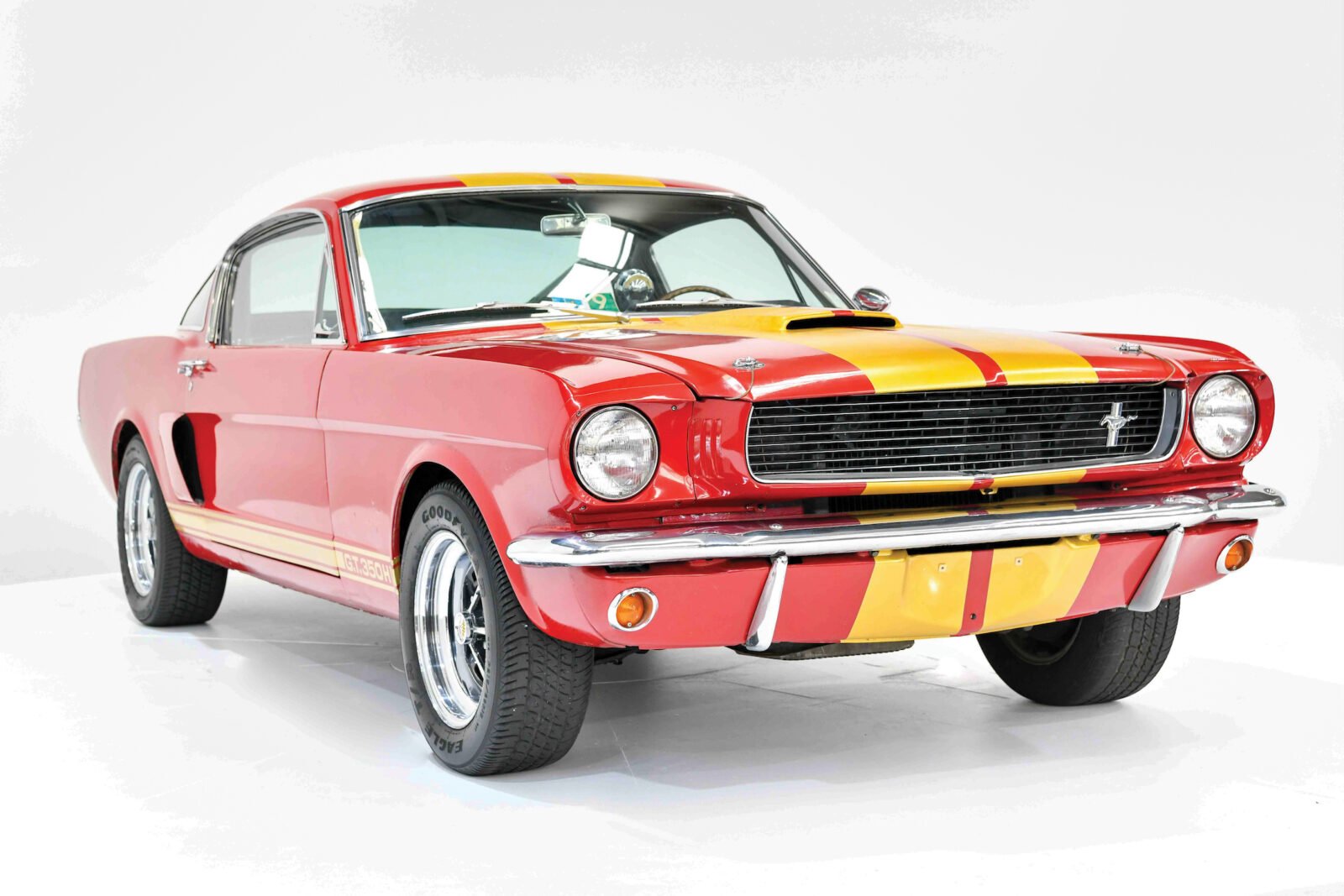 We can unreservedly say that the Shelby GT350 H is the most desirable ex-rental car in history. They were created for a partnership between Ford and Hertz Car Rentals to promote the automaker and their still-new Mustang model – particularly the high-performance Shelby variant.

The original Shelby GT350 Mustang was released in 1965, it wasn’t seriously intended as a road car as it had been stripped back for weight savings, and was really intended for hardcore enthusiasts and amateur racers to homologate the model for SCCA racing.

The 1966 Shelby GT350 maintained the creature comforts of the Ford Mustang it was based on whereas the ’65 model had Plexiglas side and rear windows, and no heater, defroster, sound insulation, and minimal upholstery. 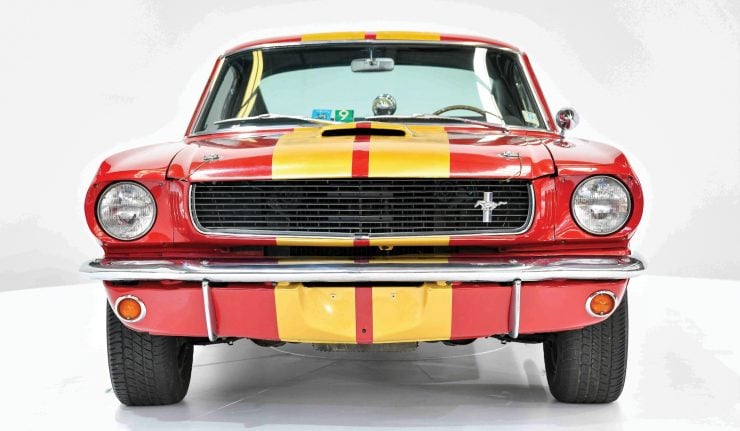 The ’66 model was intended for broader consumer appeal, and so all of these features were left in place, making the cars suitable for use by Hertz clientele as part of the “Rent-a-Racer” program.

A Hertz brochure from 1966 introduced the cars: “These cars are available to business travelers who want a change of pace in motoring, by sports car owners away from home and by vacationers who consider driving an enjoyable sport.”

Members of the Hertz Sports Car Club who were at least 25 years old could pay $17 a day (and 17 cents per mile) and drive away in a high-performance 306 hp Mustang fastback with all the Shelby trimmings. 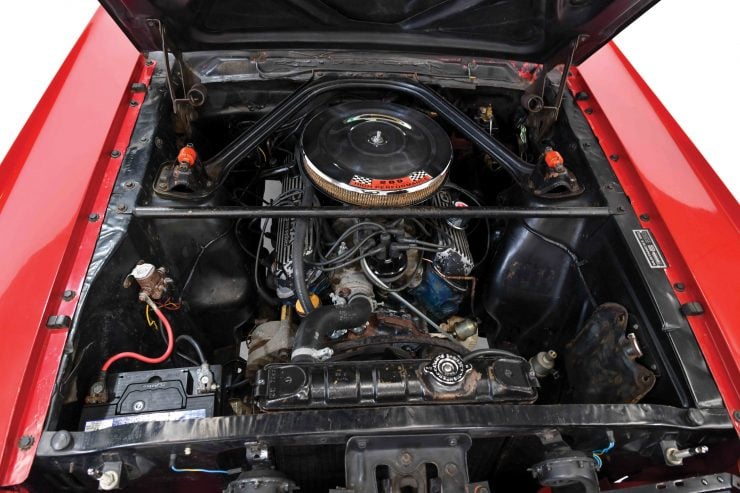 Legends abound today about what Hertz clients got up to in their 300+ hp rented cars, more than a few were raced in SCCA competition and returned with evidence of roll cages having been welded in and then cut out. More still had their engines removed for the weekend, they were bolted into regular Mustangs and raced with reckless abandon before being bolted back into the rental and returned to Hertz.

Once the program drew to a close it was hailed as a success, however it’s not known if it was profitable for Hertz or if success had been calculated to include the free publicity the company had enjoyed.

Once the cars were returned to Ford to be refurbished and sold to private owners it was discovered that many of the high-performance parts had been swapped out – it’s still a mystery if the parts had been taken by light-fingered renters or by Hertz mechanics. 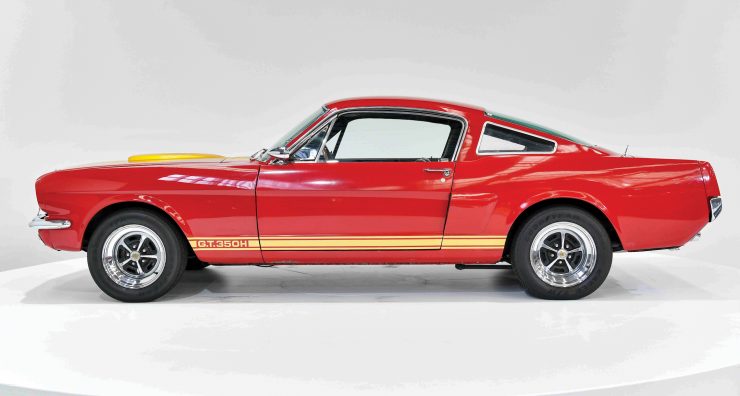 The specifications of the 1966 Shelby GT350 H were essentially identical to the cars that were on offer to the general public.

Functional brake scoops were fitted to each side and customers could order an optional SelectShift 3-speed automatic, and an optional Paxton supercharger – the latter boosted power to 440 hp.

Dual exhausts exited at the rear and in standard trim the cars were fitted with a 289 cu. in. (4.7 litre) Windsor K-Code V8 with a four-barrel Holley 715 CFM carburettor, a Cobra Hi-Riser intake manifold, Tri-Y headers, and a 4-speed manual transmission.

Larger Ford Galaxie rear drum brakes with metallic-linings were fitted to the rear and Kelsey-Hayes front disc brakes were added. The brake upgrade was essential as the cars now produced 306 bhp at 6,000 rpm and 329 ft lbs of torque at 4,200 rpm. 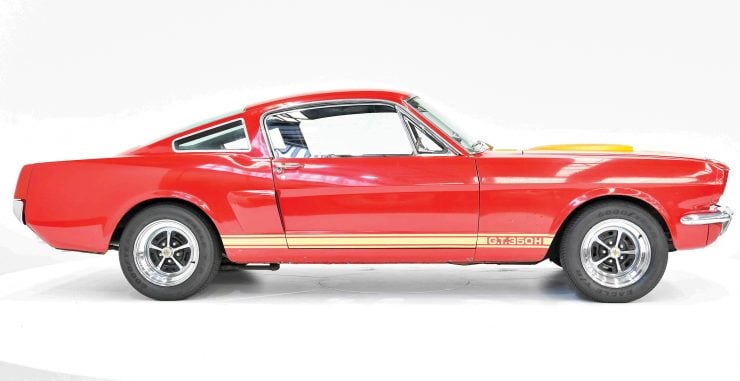 The car shown here is an original Candy Apple Red car that’s reported to be an unrestored survivor car – an increasingly rare find. It’s accompanied by an extensive history file, including the original owner’s manual, the original purchase invoice, the original registration, and the title documents.

This GT350 H was delivered to Hertz in Dayton, Ohio, on 18 February 1966. It left Hertz in May 1967 and remained with Gallagher’s Ford Centre in West Virginia until it was sold to its first private owner in April 1969.

The car was shipped to Australia in 2012 and has thankfully remained original, right down to the factory C4 automatic transmission and the 9 inch 3.50:1 limited-slip differential.

RM Sotheby’s will be offering the car in late March with an estimated value of between $180,000 to $220,000 USD. If you’d like to read more about it or register to bid you can click here to visit the listing. 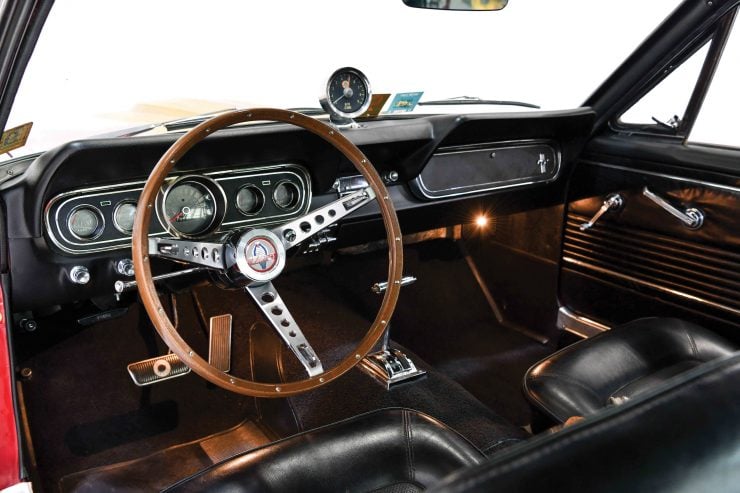 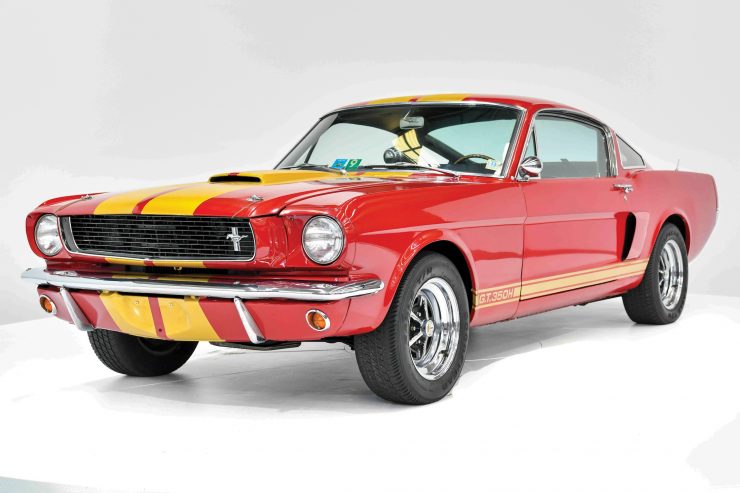 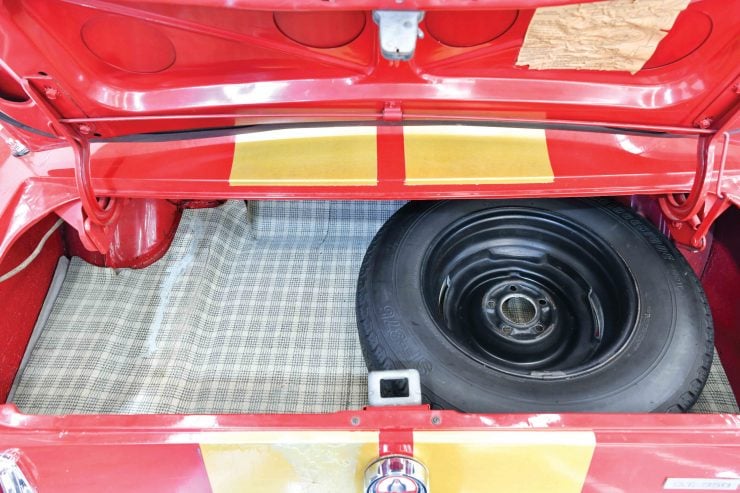 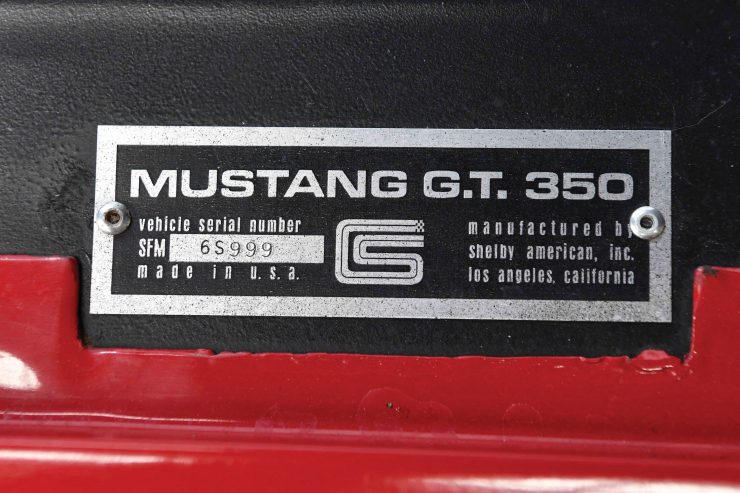 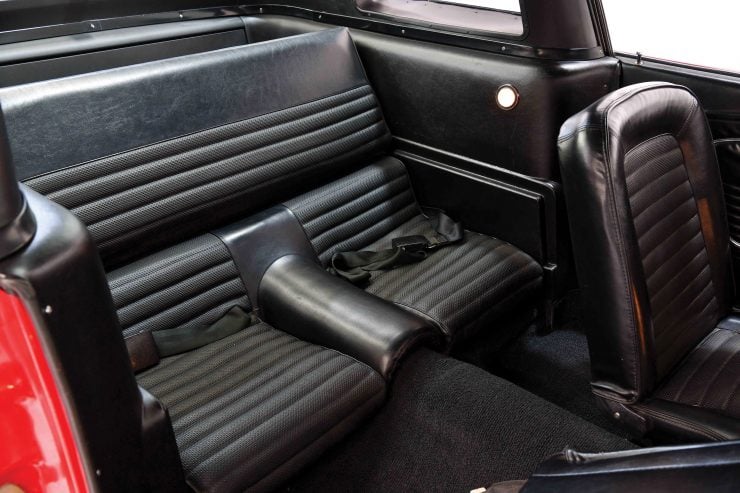 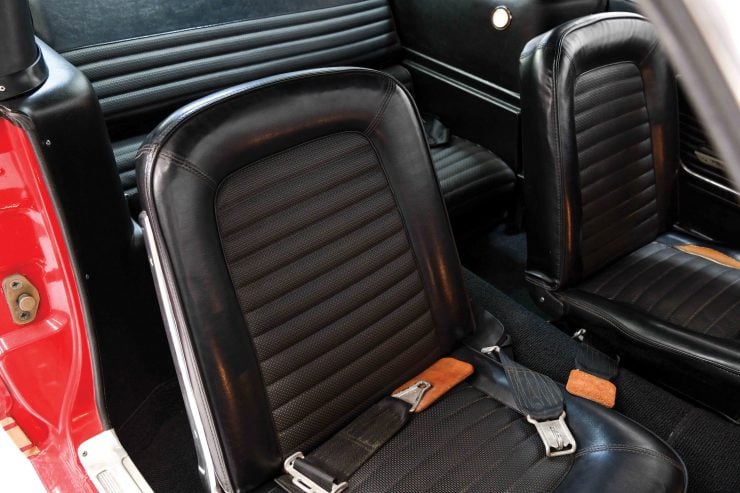 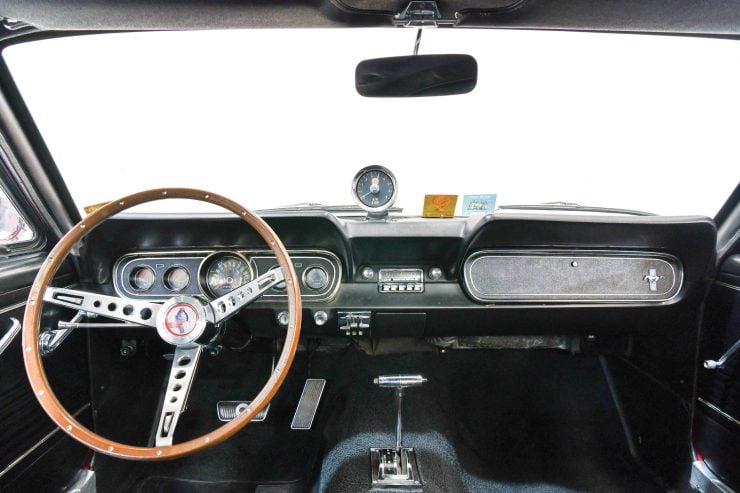 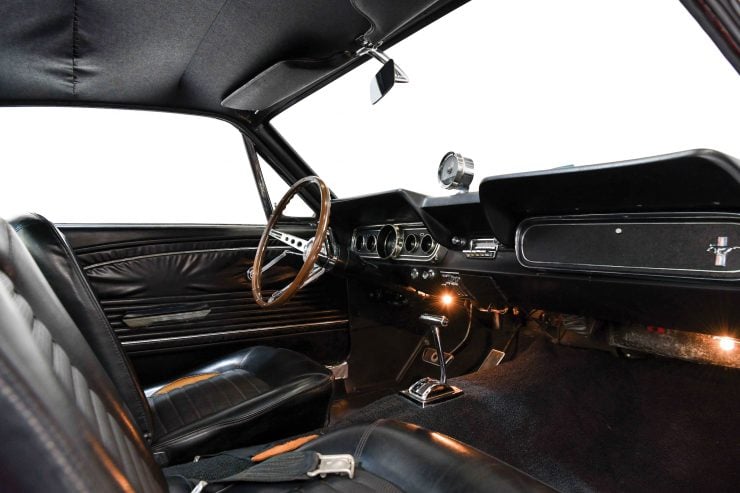 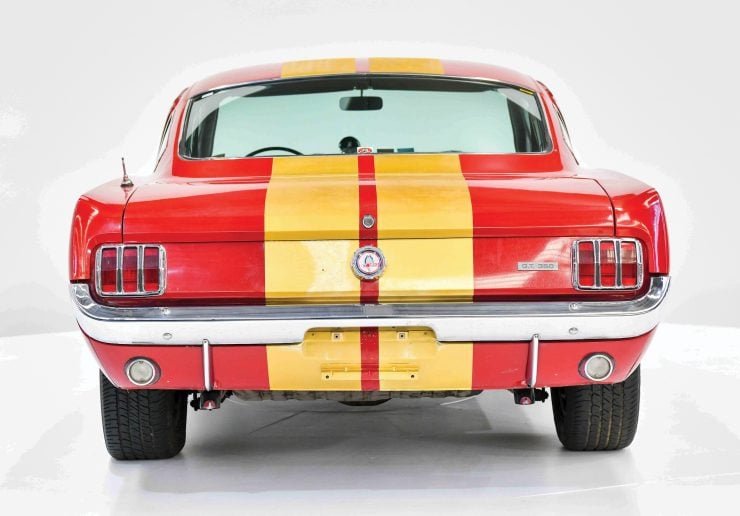 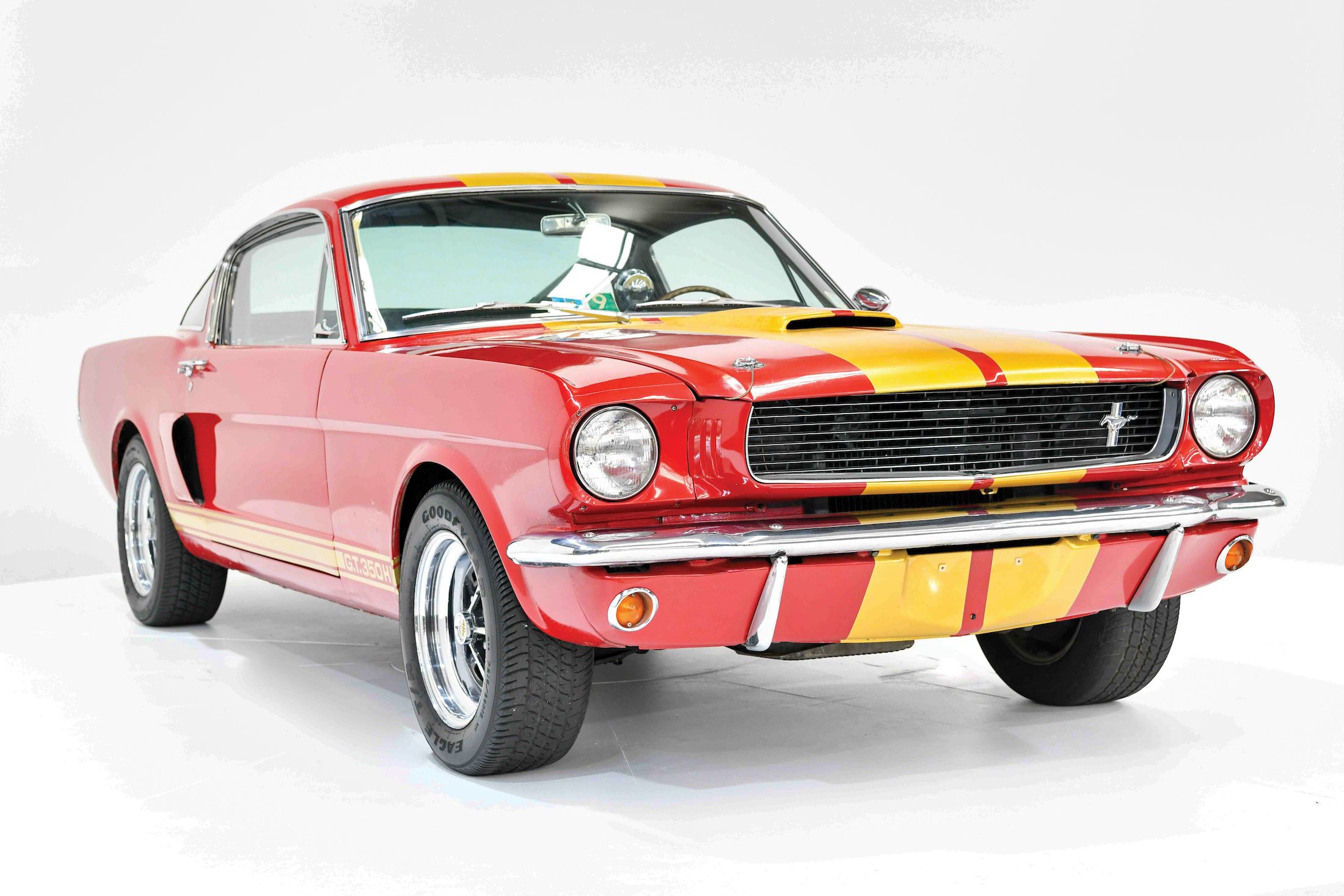