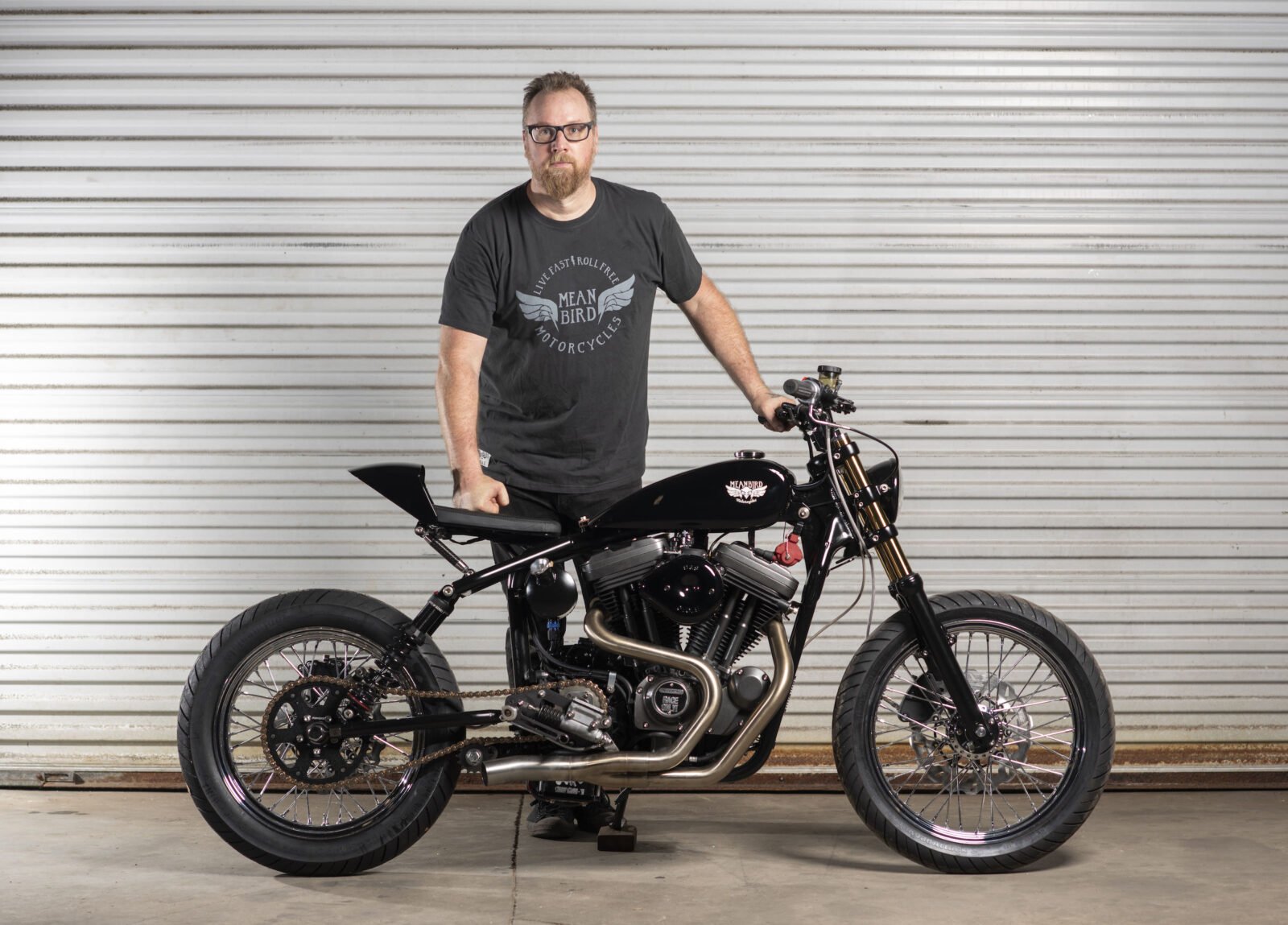 If you have even a passing interest in custom motorcycles you’ve almost certainly seen the work of Kevin Dunworth previously. He’s built dozens of well-known bikes, had his work featured across a slew of print magazines, online publications, and television shows like Discovery Channel’s “Cafe Racer TV”, Velocity’s “Naked Speed”, and Esquire Network’s “Wrench Against the Machine”.

Kevin currently runs Dunworth_, he formerly ran Loaded Gun Customs which is where most people will know him from. The project to build the first Mean Bird Motorcycles bike began as a conversation between Kevin and Steve Glum of Red Torpedo, their plan was to build a quintessentially American motorcycle that riders like Martin, McGuinness, and Cummins would enjoy throwing around the Isle of Man TT circuit for fun. 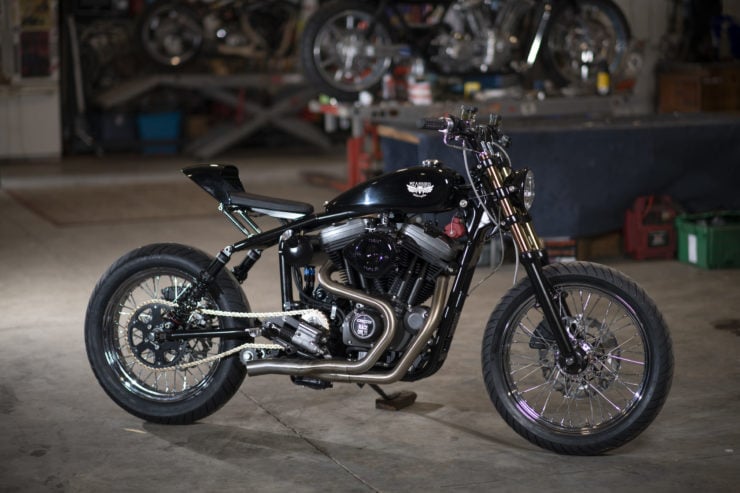 The build project started with a humble Harley-Davidson Sportster 883, and it’s transformation into a 1200cc fire breathing, jet black street tracker would test Kevin to his limits. The bike was originally going to be a hard tail however once he’d fabricated the tail and tack welded it into place he realised it didn’t look right, and it wouldn’t fulfil the original purpose of the build.

Weeks of work were involved just on the rear of the bike, a number of different options were tested before he settled on a classic tubular swing arm with twin shock absorbers. This type of sprung rear was used extensively on motorcycles in the mid-to-late 20th century, notably by British manufacturers like Triumph, Norton, BSA, on their race bikes.

Once the swing arm and mountings were fabricated Kevin sourced a pair of Progressive 490 shock absorbers which allow for full adjustment. These were paired with a completely rebuilt set of standard Sportster forks, with new gold tubes, custom springs, and all new seals.

Spoked wheels were fitted front and back, with a 19″ up front and an 18″ in the rear. The bike has a chain conversion from the original belt final drive, and it has a custom chain tensioner designed to give optimal tension when the rider is seated on the bike. 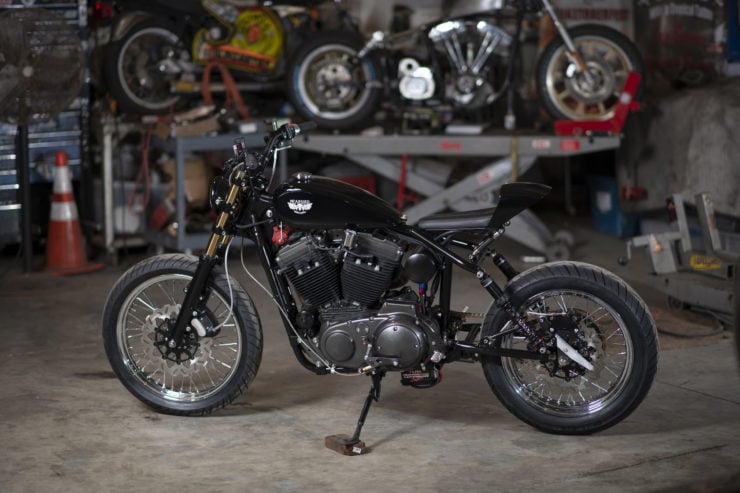 The original 883cc V-twin makes a great platform for performance Harley builds, a number of companies exist that sell kits to turn it into a 1200cc engine or larger – typically by swapping out the pistons and barrels before making the other necessary modifications. The new barrels are S&S Big Fin units with matching pistons, S&S lifters and .500 cams were also fitted, and the carburettor was rebuilt and re-jetted to suit the application.

The original fuel tank and seat was long gone by this time, so a new tracker style seat was fitted to the modified subframe and a tracker fuel tank was fitted up top. The bike was given a jet black paint scheme by Kacey at Kross Over Kustoms and it was finished off with a new exhaust. Cone Engineering supplied a set of stainless steel header pipes which Kevin then grafted onto a two-into-one collector with a straight pipe on the end. The exhaust looks like it would be deafening but Kevin say’s it’s much less aggressive than he expected, he describes it as being not loud, but not obnoxiously loud.

The completed bike looks like almost the exact motorcycle that Harley should be building – a lighter weight V-twin street tracker with a hefty dose of their original DNA and a glimmer of the XR750 thrown in for good measure. 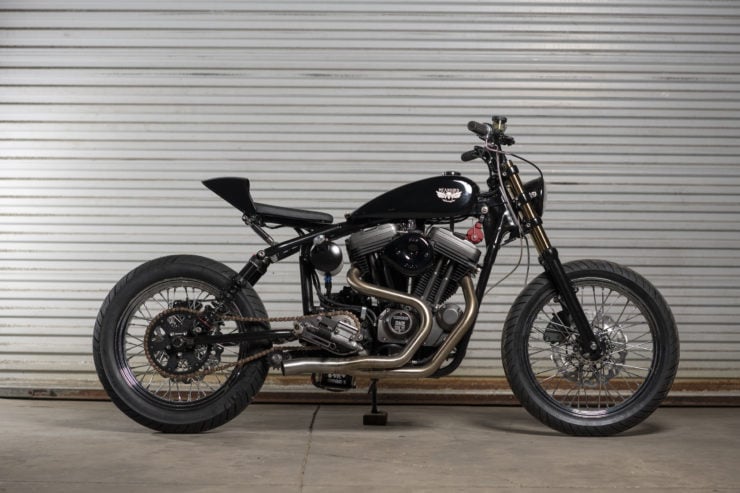 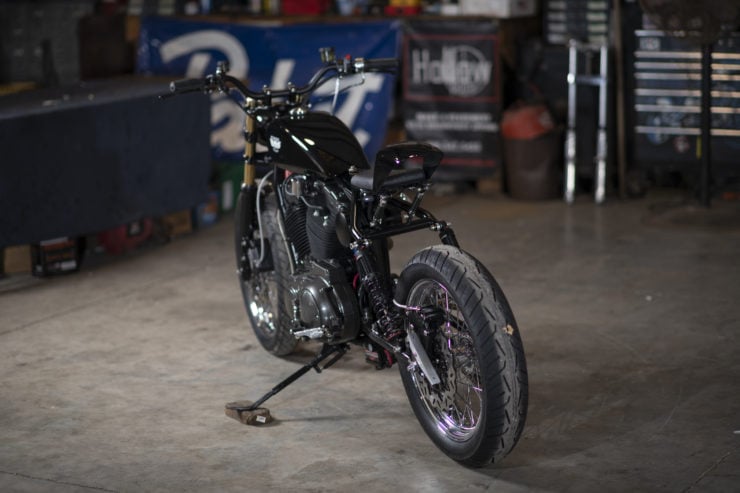 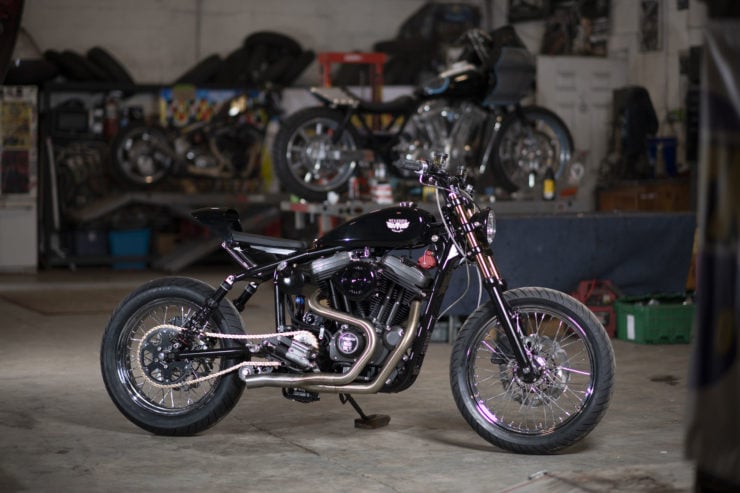 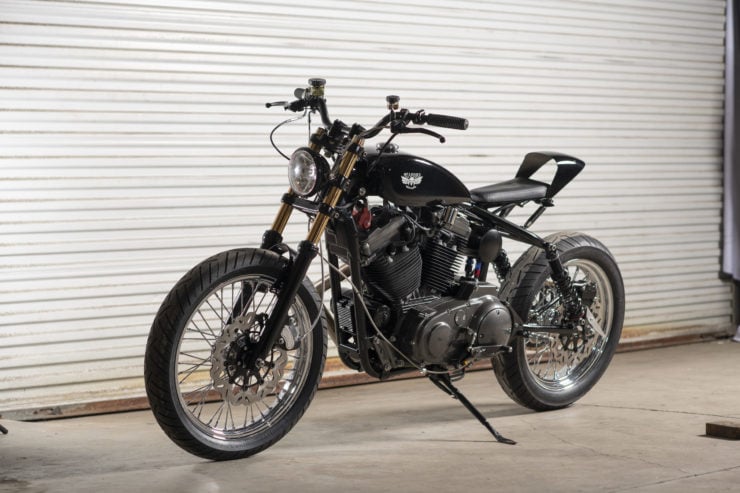 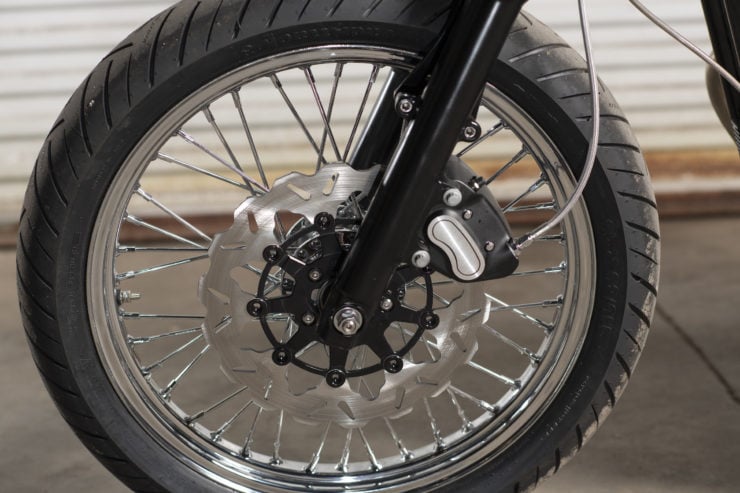 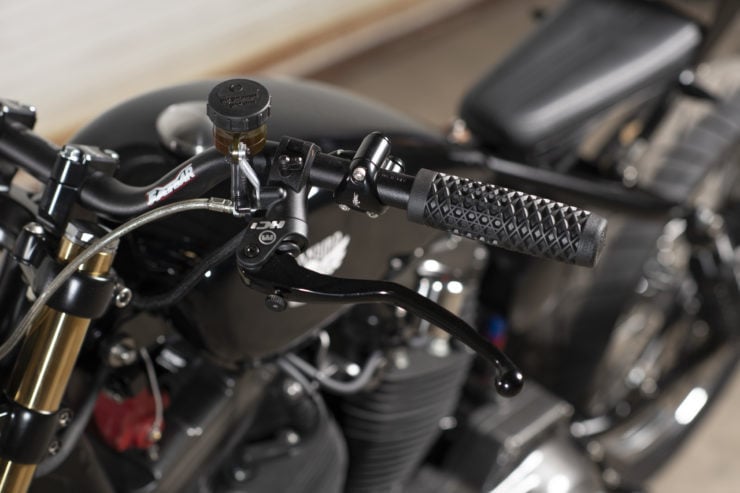 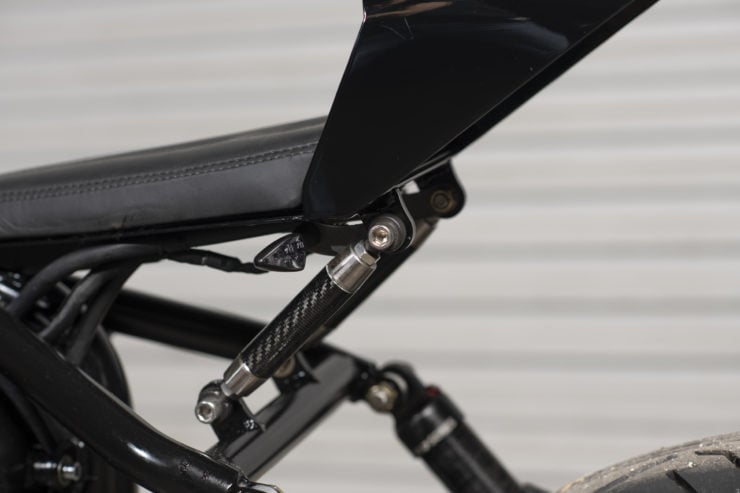 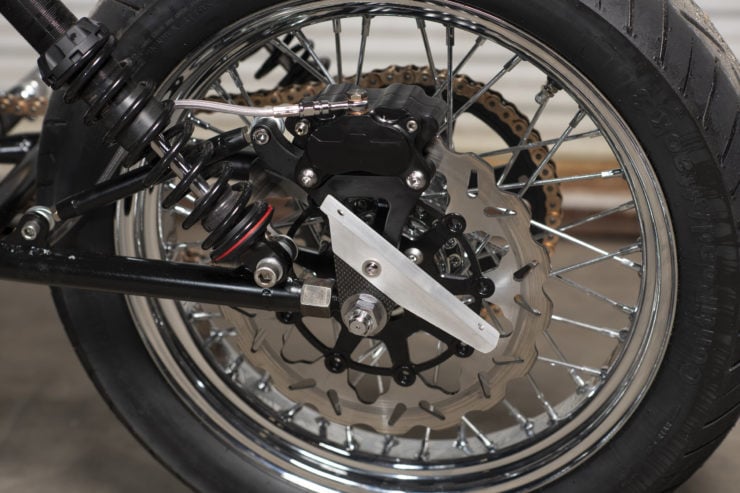 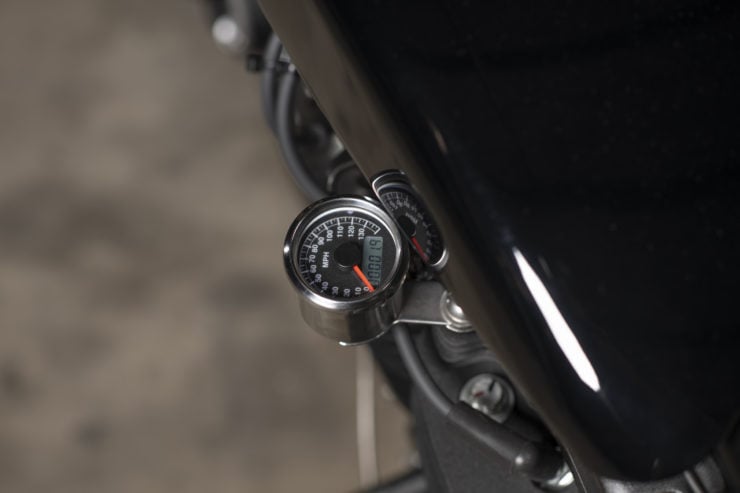 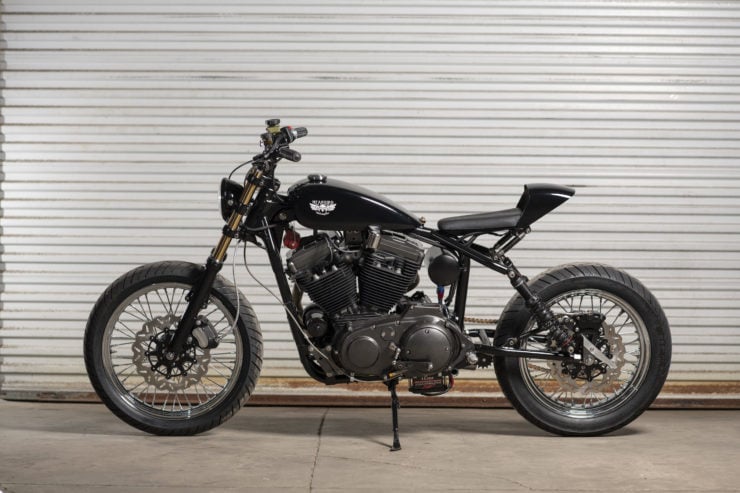 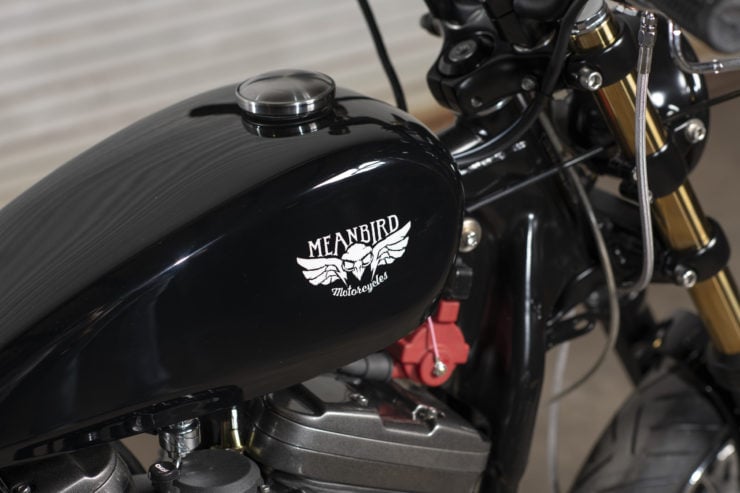 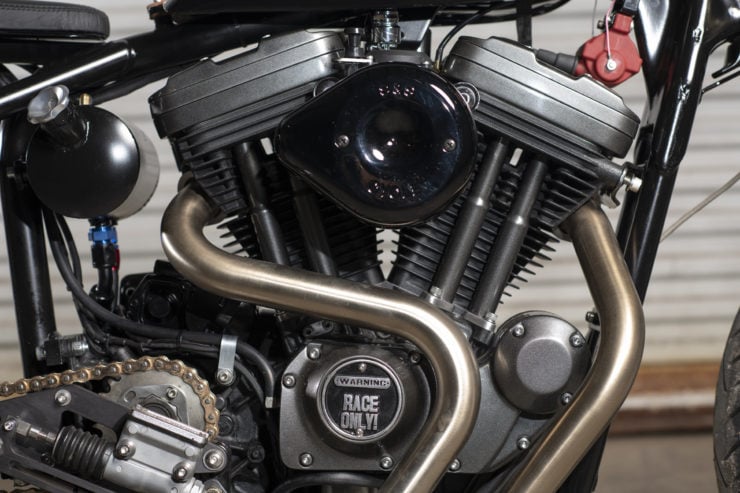 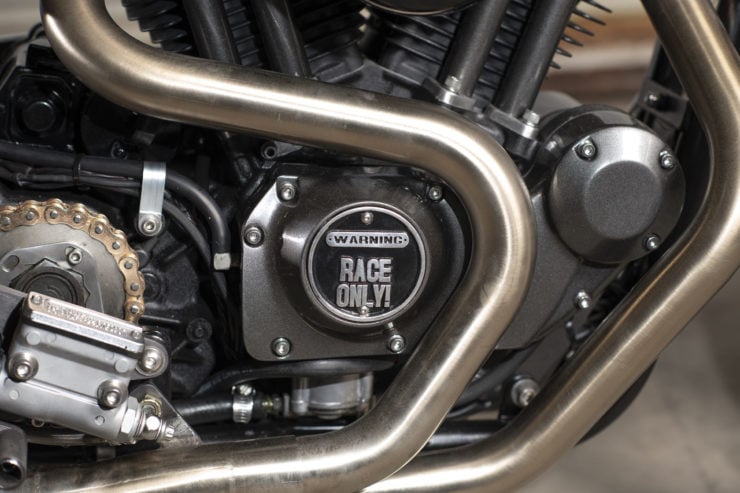 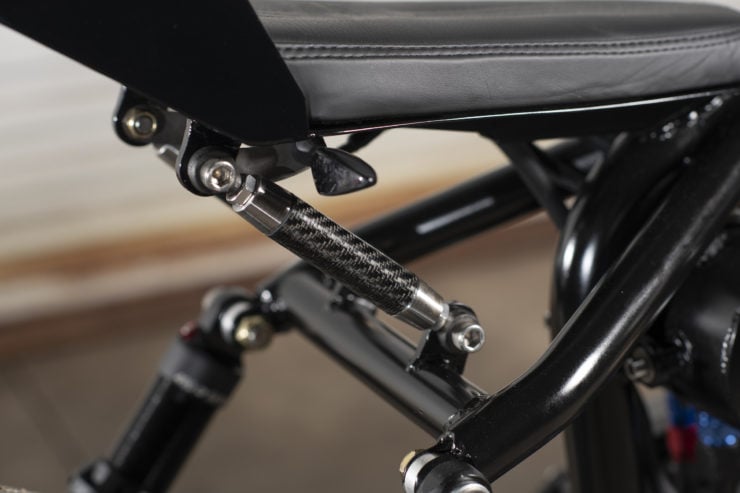 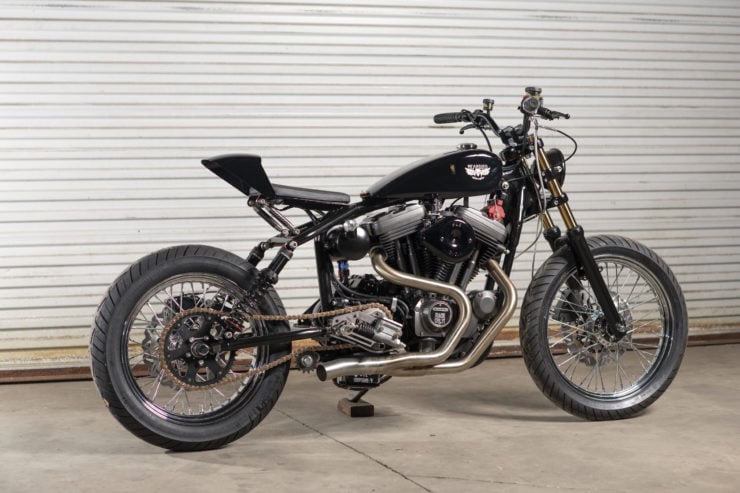 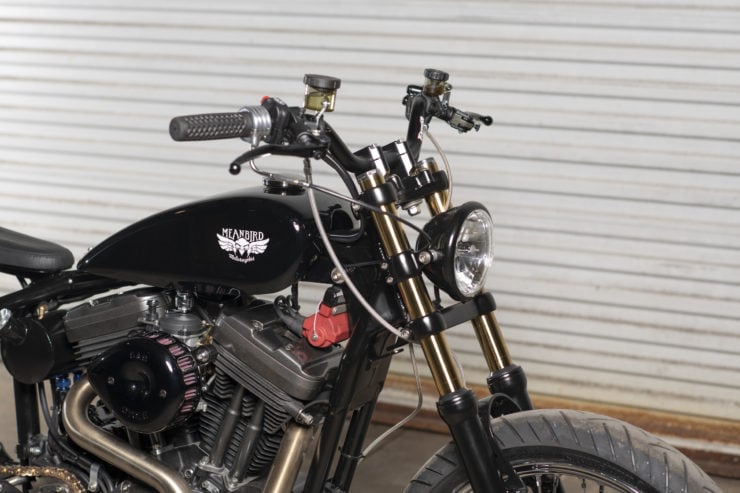 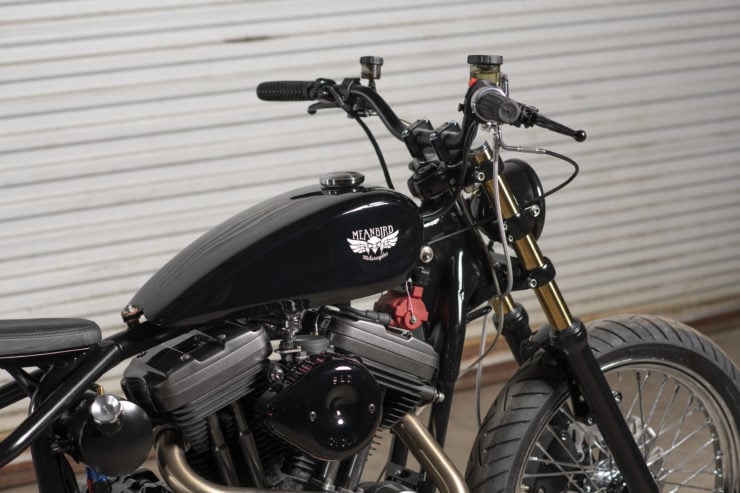 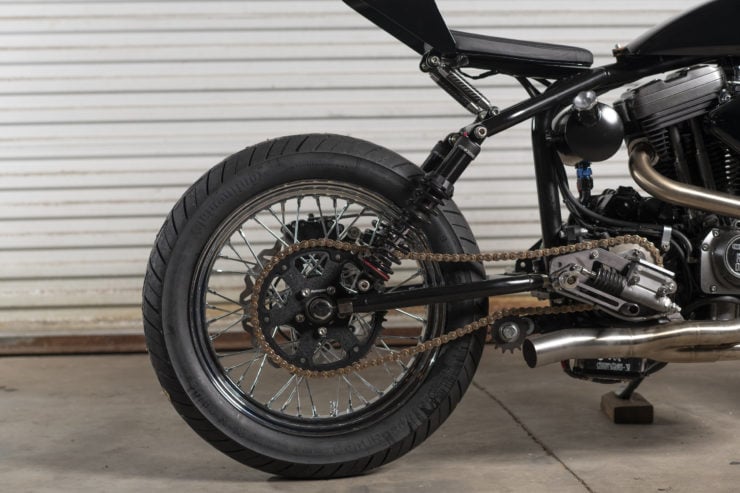 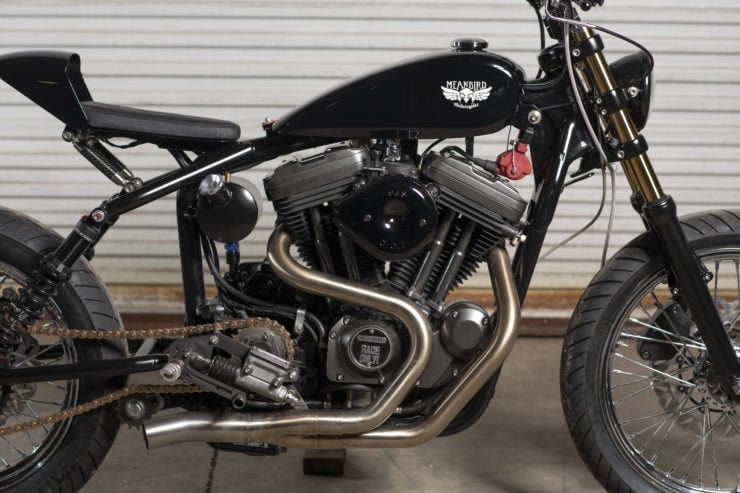