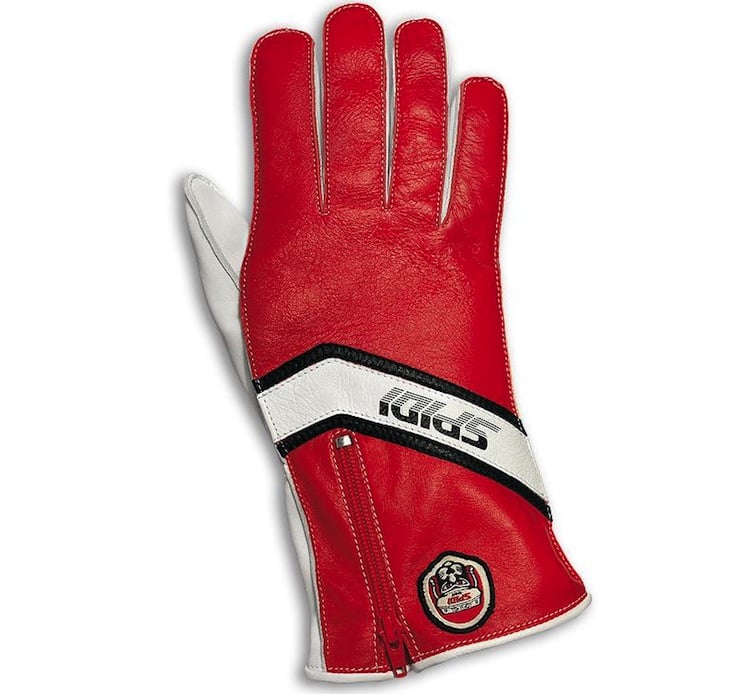 I picked up a pair of these Replica 77 Gloves by Spidi a few weeks ago to replace a very worn pair of leather Alpinestars gloves that I’ve had since trilobites roamed the ancient sea floors.

Choosing gloves is a serious business – oftentimes when a person falls of their bike their hands are the first thing to hit the deck, so if you go down at 60mph you’re going to want to make damn sure that your hairy little sausage fingers are covered in something that’s going to protect them from the asphalt. 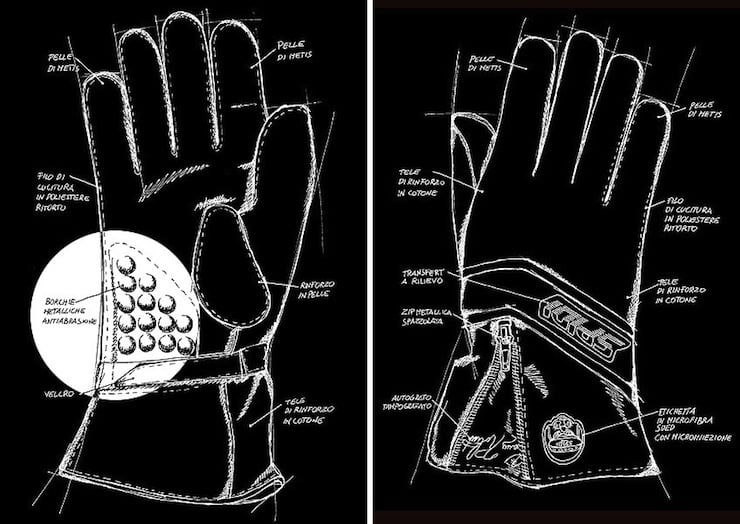 The Replica 77 Gloves are made in Spidi’s own labs in located north-east Italy, the Replica 77s are a special edition built to the same specifications as their first ever gloves that were originally released in 1977. Each pair is made from 0.6/0.8mm goat hide, they have a double stitched, outward facing seams and a studded palm. The zip closure on the wrist is designed to go over a leather jacket’s sleeves, which provides 100% arm and hand coverage (should you ever need it).

The goat leather is famously hard-wearing and has a very soft, supple feel. The gloves mould to your hands within a few rides, making them immensely comfortable on longer journeys and the exterior seams help to avoid any chaffing inside the glove.

Each pair of Replica 77 Gloves come in a large commemorative box that also contains a Spidi cat vintage pin, a vintage Spidi keychain and a handwritten serial number. 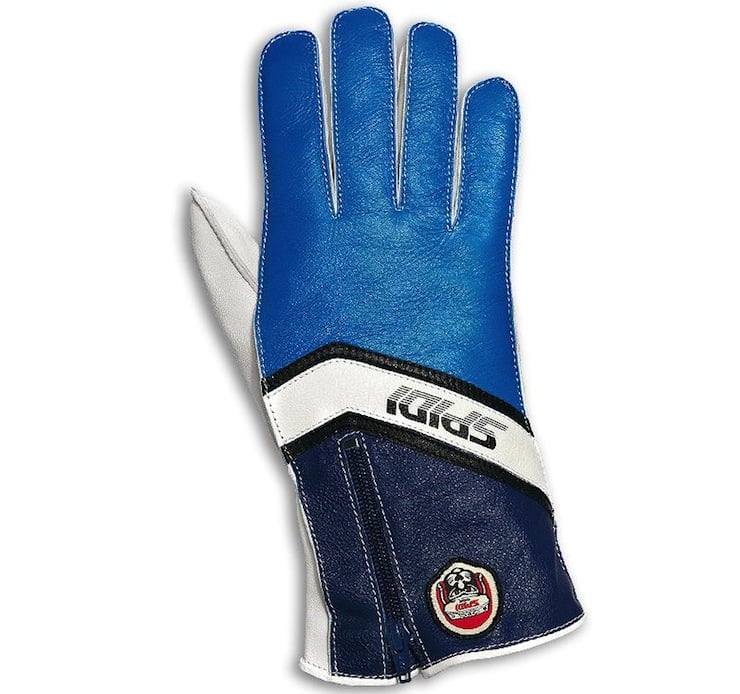 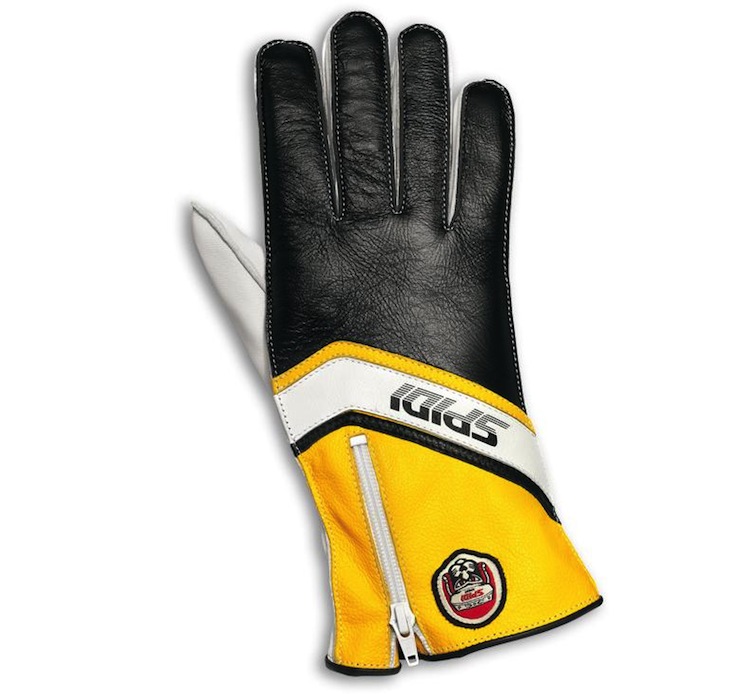 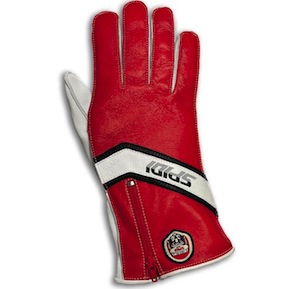