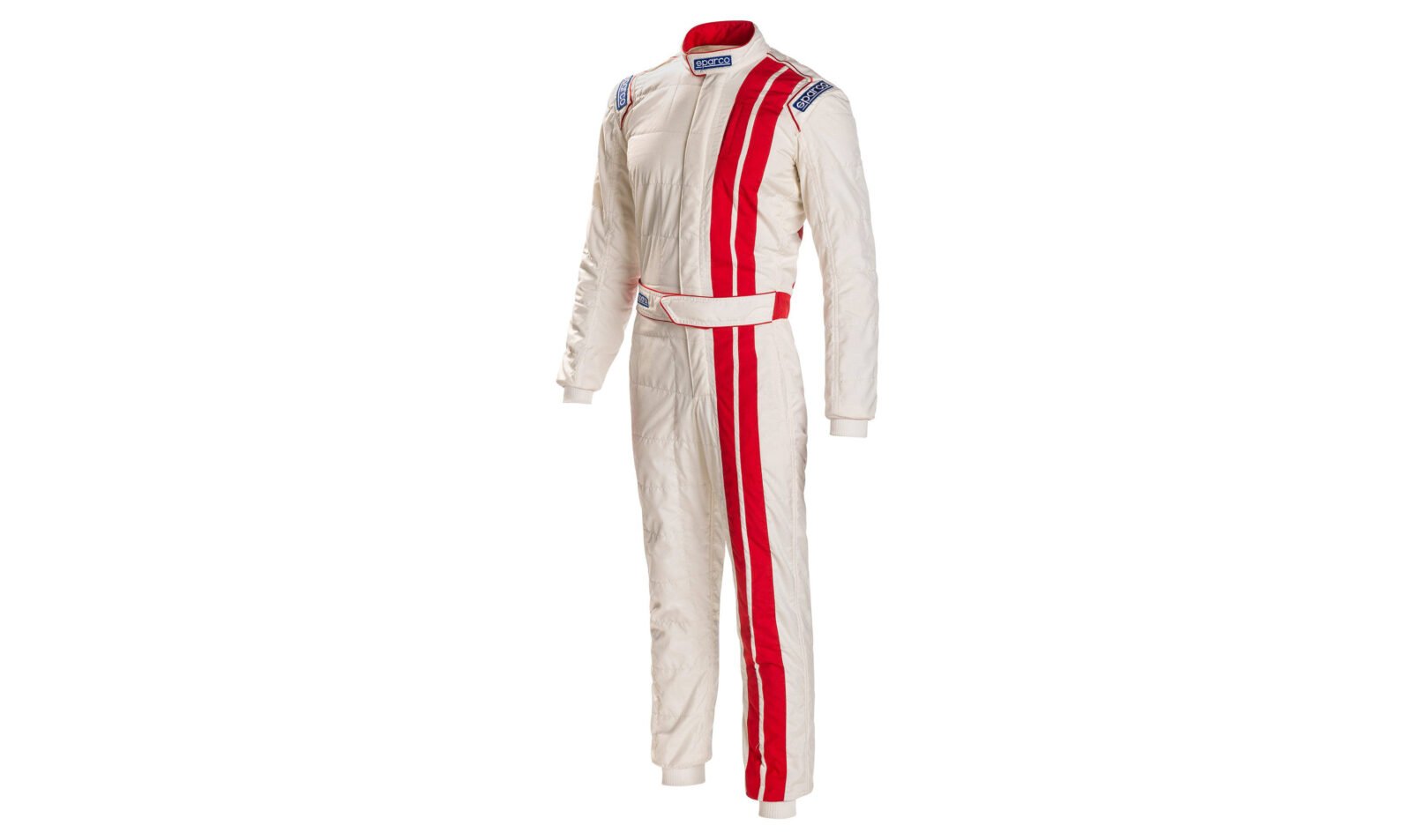 The Sparco Vintage Classic RS5.1 race suit was designed to evoke the style of racing suits from yesteryear, but with all the modern safety features you’d expect including full approval to the FIA 8856-2000 standard.

The suit is made from a box quilted, three-layer, fire-resistant material with twin red stripes down the front and halfway down the back, it has pre-curved arms, a soft knit collar, and stretch panels are used to help keep you comfortable – even when taking part in endurance races.

There are two front hand-warmer pockets for use when you’re not in the car, as well as an adjustable belt to ensure a good fit, and soft knit cuffs and ankles. Sparco also make a full assortment of racing gloves, boots, hoods, and just about everything else you need to race, even seats and steering wheels. 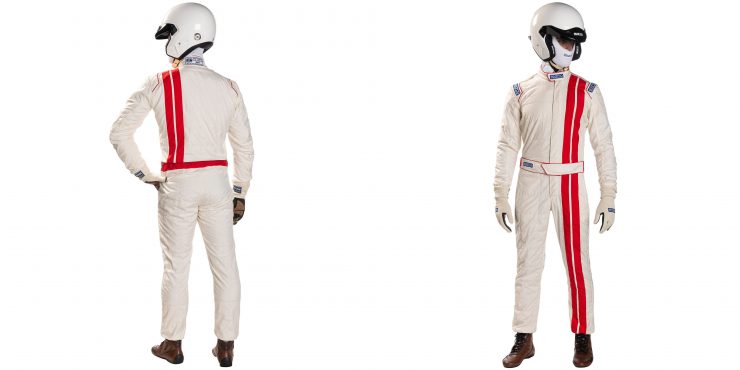