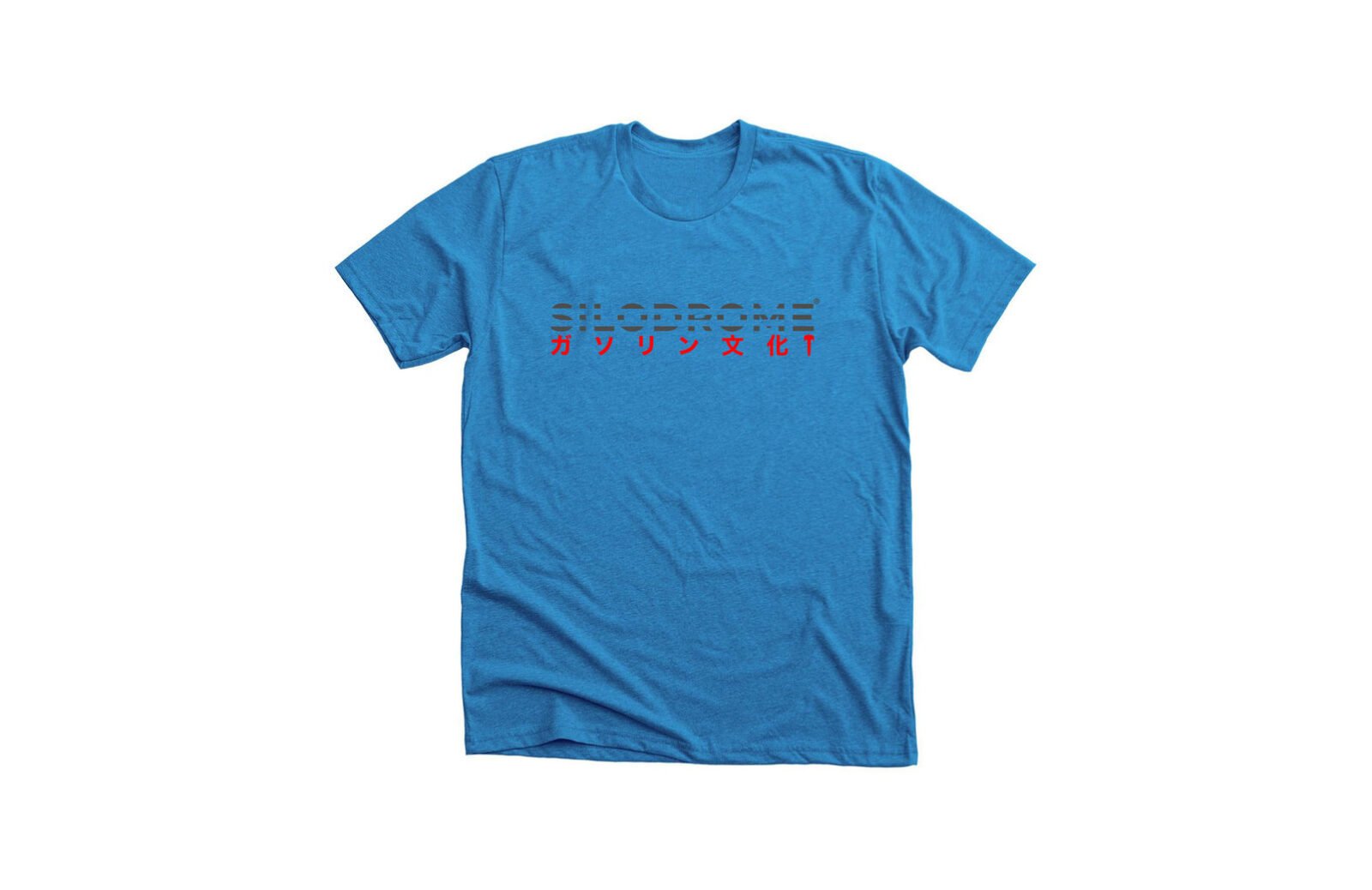 This new t-shirt features the Silodrome logo over Japanese script that says “Gasoline Culture” – just 100 of these tees will be made, and the first batch is available for only 7 days.

The minimalist design of this t-shirt was created to pay homage to the great contributions from Japan to the motoring world in the 1980s, from the Toyota Supra and the Mazda RX-7, to the mighty little Toyota MR2 and the Nissan 300ZX.

The Japanese influence on the two-wheeled world was possibly even more significant, with motorcycles like the Suzuki Katana, the Suzuki GSXR, and the memorable Honda RC30.

We’re offering the t-shirt in four colorways – electric blue, white, grey, and charcoal (all shown below). Sizing is available from XS all the way up to 4XL.