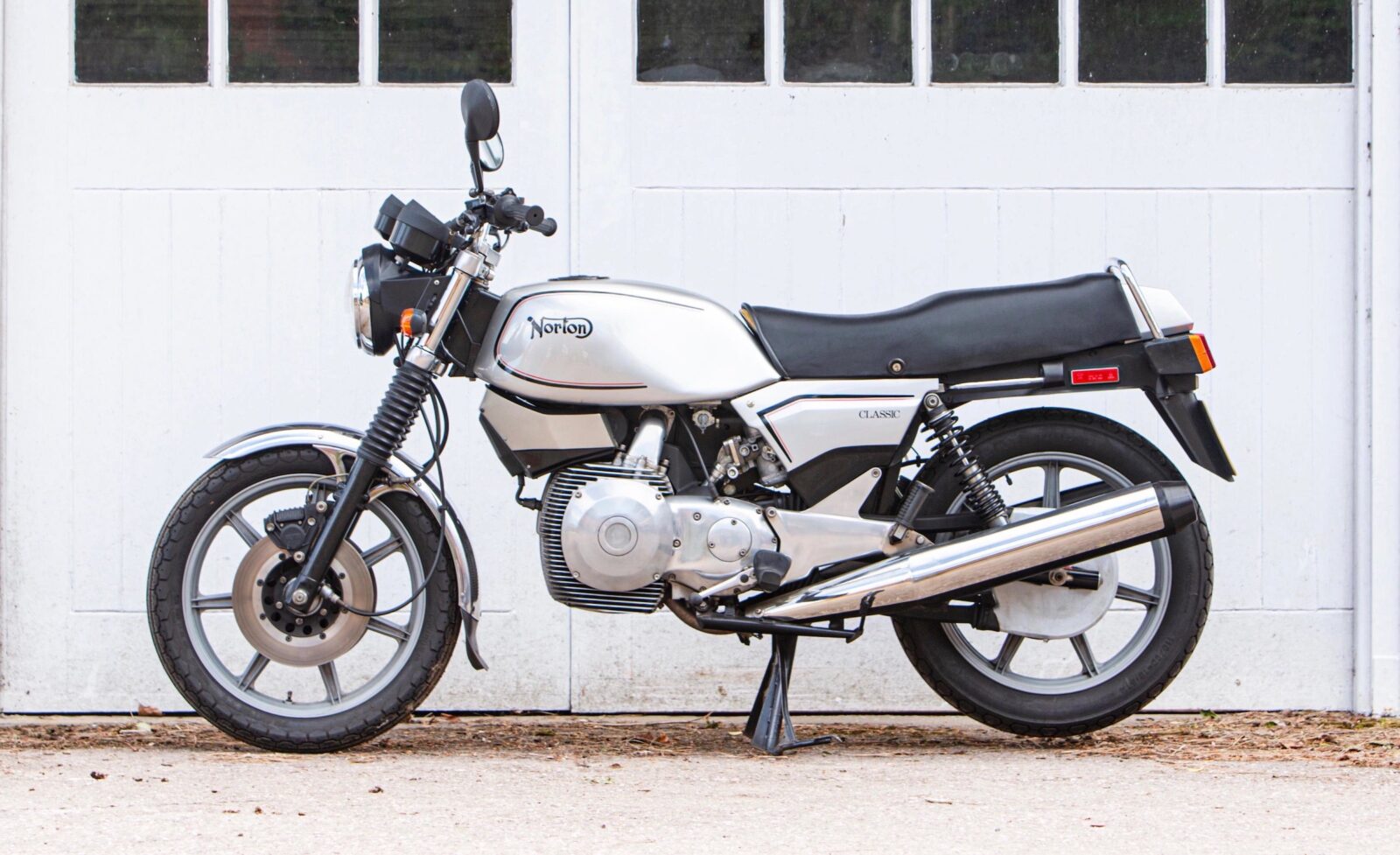 The Norton Classic is one of the rarest motorcycles ever made by the storied British marque, just 100 were built and today they’re considered highly collectible both for their rarity, and for the fact that they’re powered by an unusual twin rotor Wankel rotary engine.

Norton engineers led by David Garside developed the engine for the Norton Classic, Garside’s first rotary motorcycle had been a test mule he built in 1969 using the air-cooled, single-rotor Fichtel & Sachs engine from the Hercules.

It was clear to every who worked in the British motorcycle industry in the 1970s that the Japanese were winning the motorcycle arms race. They were producing technically superior motorcycles that were reliable and easy to live with, and many British marques were still building somewhat antiquated pushrod-engined machines.

Garside planned to bypass the entire overhead cam vs pushrod debate entirely by shifting to Wankel rotary engines. Over the course of the 1970s and into the 1980s he developed a twin rotor, air-cooled engine with a transverse layout and a unique internal cooling system. The engine was fitted with two Fichtel & Sachs rotors giving it a swept capacity of 588cc and power output of 79 bhp at 9,000 rpm.

Above Video: A cutaway film showing the internal workings of a Wankel rotary engine.

The first production motorcycle to use this engine had been the Norton Interpol 2 which was released in 1984. The Interpol 2 had been available only to fleet customers like the police force, the military police forces including the Royal Air Force Police, and the RAC.

The reason sales were restricted is because the Interpol 2 and its rotary engine required a very specific maintenance schedule as well as riders who were well trained and who wouldn’t ignore the engine temperature gauge. The single biggest issue with the air-cooled Norton rotary (and all air-cooled rotaries) can tend to be overheating.

The Classic was developed using the Norton Interpol 2 as a starting point however it was made for general civilian use – gone was the fairing used on the Interpol 2, the Classic instead had a clean naked bike design.

When Norton announced the new model it was made clear that just 100 would be made, as a result they sold out exceedingly quickly though mostly to collectors. The prices haven’t appreciated in quite the way these early speculators may have hoped, and it’s still possible to buy a good Norton Classic for £6,000 to £7,000. 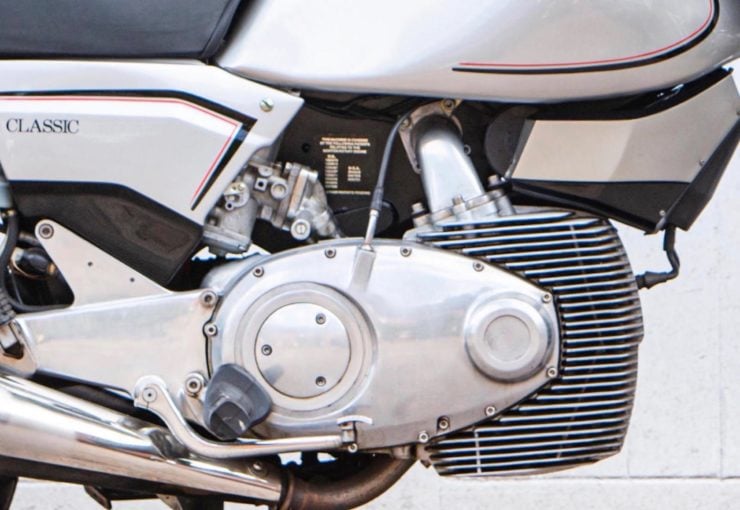 Rotary-powered motorcycles never really caught on in a big way though a few manufacturers did develop and build them including Norton, Suzuki, and Hercules with their W-2000 model which was the first production rotary motorcycle in history.

On paper the Wankel rotary engine seems perfect for motorcycle use, the engines are typically small with an excellent power-to-weight ratio and they’re very mechanically simple.

The reason they never really caught on is largely down to three factors – they need oil mixed with fuel to assist with lubrication, the apex seals tend to have a limited lifespan, and they can be a little thirsty.

It is perhaps a little unfair to mention the short comings of the Wankel engine without also explaining that it never received anything close to the development spending of the piston-based internal combustion engine. Now we can only wonder what may have been if the engine had been adopted by more manufacturers and given the development time it needed, though Mazda did make a valiant and decades long effort.

The Norton Classic you see here is the 91st of the 100 that were built, it was sold to its first owner on the 1st of August 1988, and it comes with its original plastic wallet containing the original factory log book, owner’s manual, and embroidered patch. 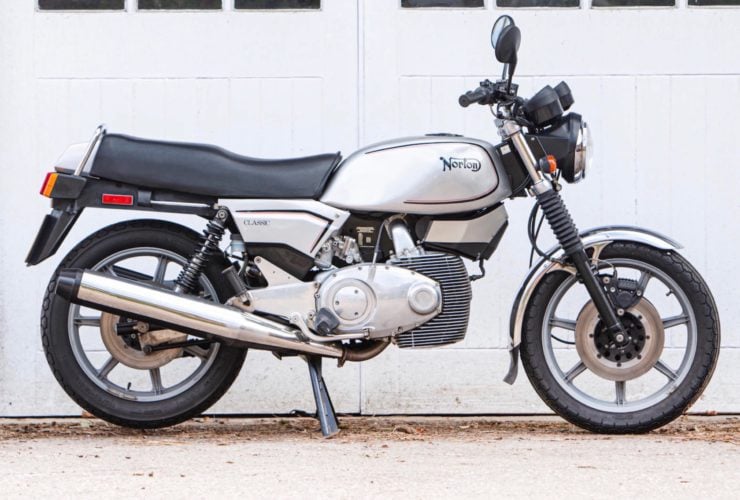 The motorcycle hasn’t been ridden in some time, it’s believed it was last on the road in 2005 or there abouts. It now has 4,200 miles on the odometer and the history file does include notes from 2016 and 2019 showing that some work was done including the fitting of new brake pads, stripping and cleaning the carburettors and fuel tap, and draining the fuel system.

It should be expected that the Classic will require a full recommissioning before any riding is undertaken, however there is an avid community online of Norton rotary enthuisiasts who are more than happy to assist with advice and spare parts sourcing.

If you’d like to read more about the motorcycle or register to bid you can click here to visit the listing on Bonhams. 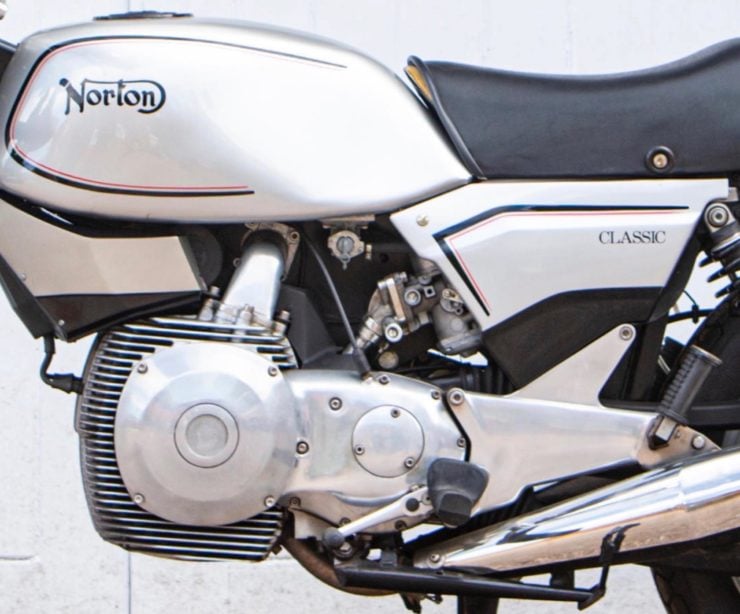 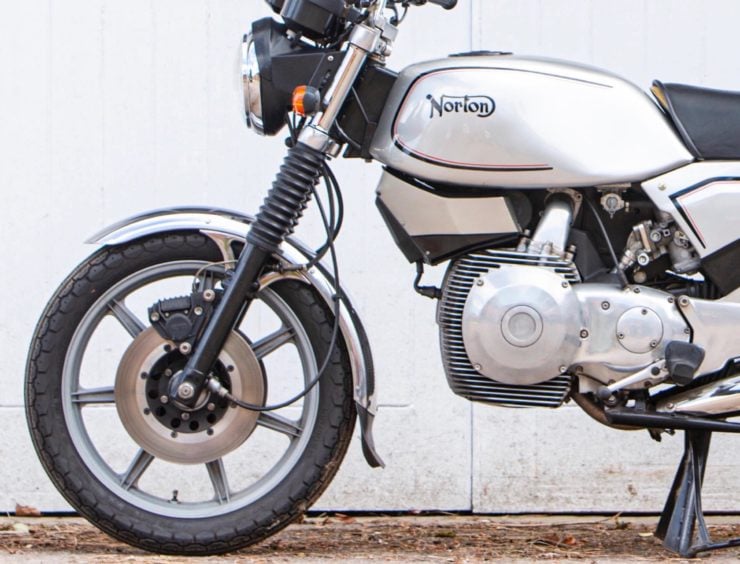 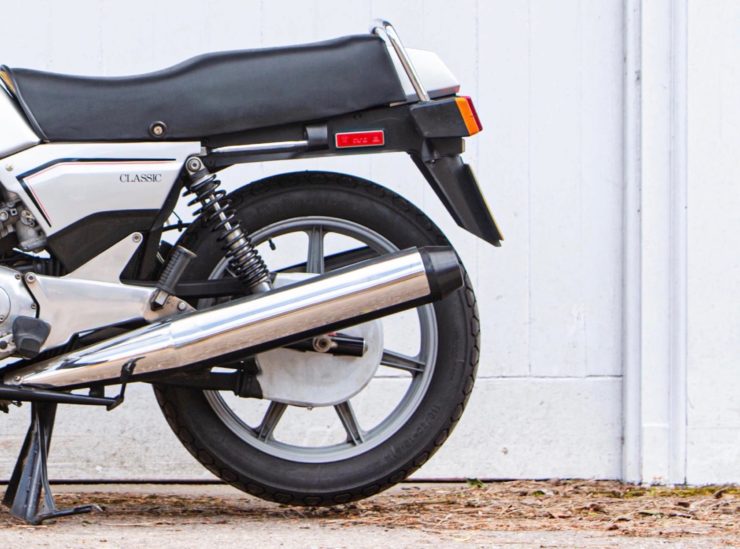 Published by Ben Branch - December 5th 2020
Related Posts
The Honda Cub EZ90: The Motorcycle Of The Future From 1991