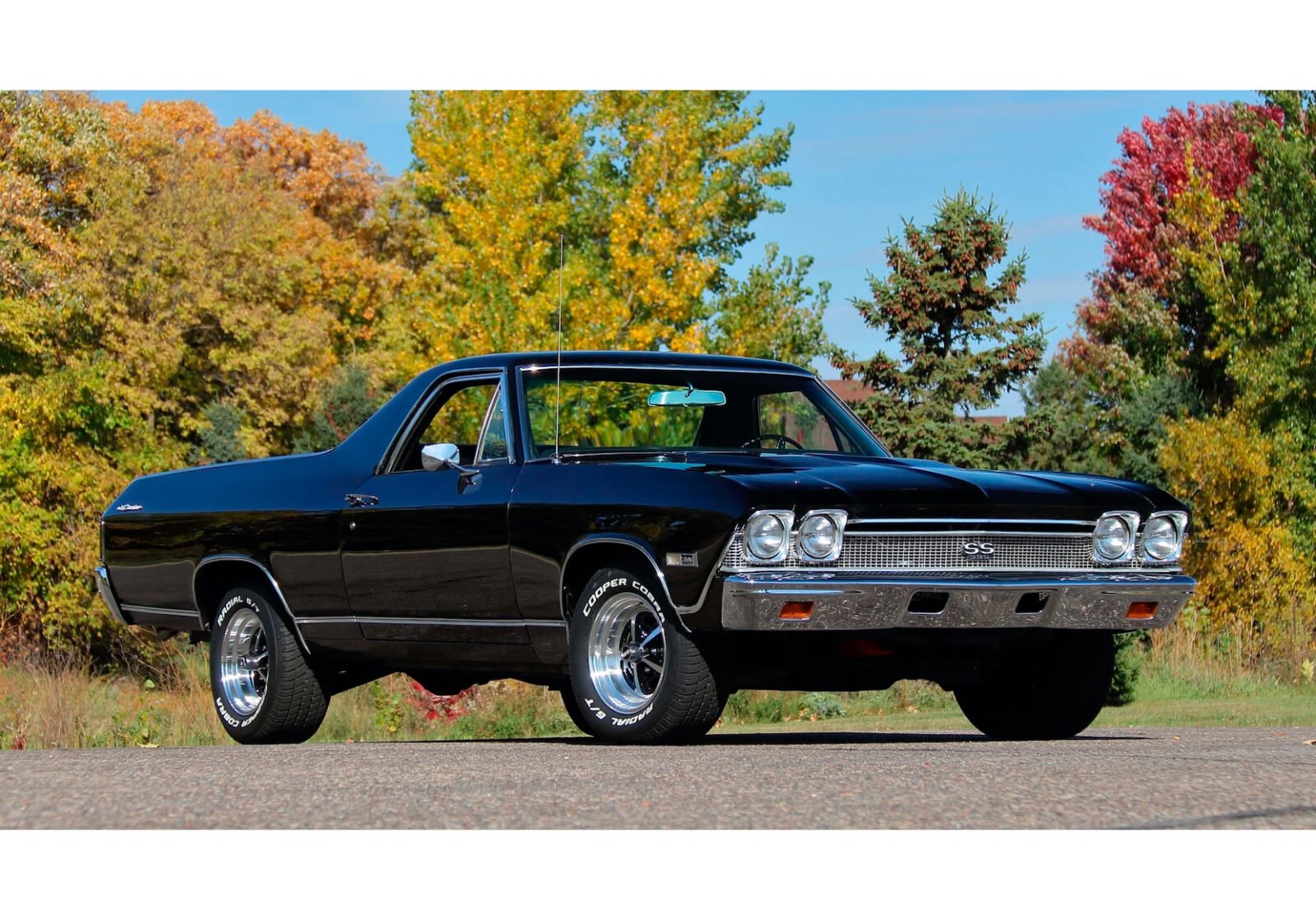 The Chevrolet El Camino SS was the high performance version of the standard El Camino – a car that had been released in the 1959 model year to compete with the successful Ford Ranchero pickup.

Arguably the El Camino would go on to the the more famous of the two, and the most famous of the American coupe utility vehicles.

Chevrolet sold five generations of the El Camino between 1959 and 1987, and they all shared the same basic characteristics: they were based on a road car platform with a front engine, rear wheel drive layout, they had two doors and a pickup bed in the back with a fold down tailgate.

There were a number of benefits to this design – the key advantage is the improved handling over a regular pickup truck, and that these vehicles frequently have all the creature comforts of their road car siblings.

Coupe utility vehicles, known as “utes” in Australia, have been a popular choice for people who need to carry loads but don’t want a traditional pickup. These vehicles became major cultural touchstones in the United States and in Australia, though they’ve largely fallen from favour in recent years. 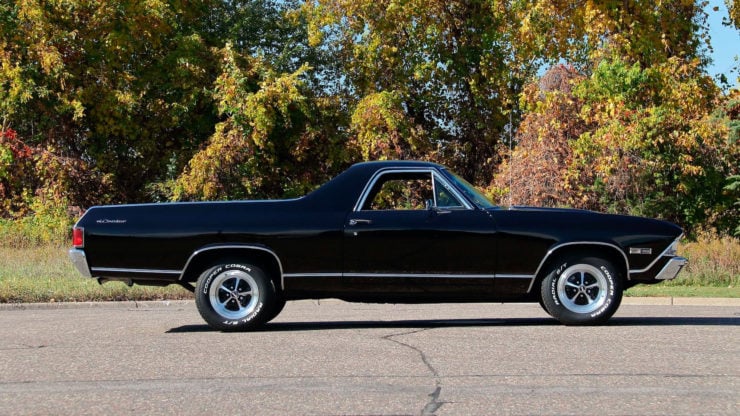 The 1968 Chevrolet El Camino SS you see here was part of the third generation of the El Camino, the SS was the highest performance version and was fitted with a Turbo-Jet 396 cu. in. V8 producing 325 bhp. This engine was built with solid lifters, big-port heads, and an 800 cfm Holley four-barrel carburettor on a low-rise aluminum intake manifold.

The standard El Camino SS came with a three-speed manual transmission however buyers could opt for either a four-speed or an automatic. The significant power output of the engine did catch more than a few El Camino SS drivers by surprise, the front-weight bias of the cars (with an empty rear tray of course) combined with the rear-wheel drive made it startlingly easy to spin the rear tires – much to the delight of any fan of burnouts.

The styling and performance of the third generation El Camino remains popular with collectors and enthusiasts today and they typically fetch a price premium over the more recent models. 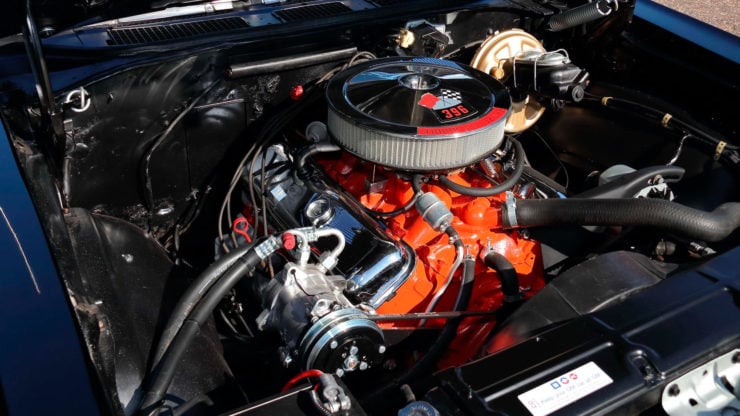 The 1968 Chevrolet El Camino SS you see here benefits from a complete frame-up rebuild, it still has its original numbers-matching 396/325 hp engine and power is sent back through an upgraded 200R4 transmission with overdrive.

It has a 12 bolt rear axle, a new dual chamber exhaust, bucket seats, and a console restored to factory style black vinyl.

During the restoration the car was fitted with new glass (with weather stripe and gaskets), it also now has an upgraded stereo, a new Vintage Air air conditioning system, new power disc brakes, and one-piece Scott Drake wheels with raised letter tires. 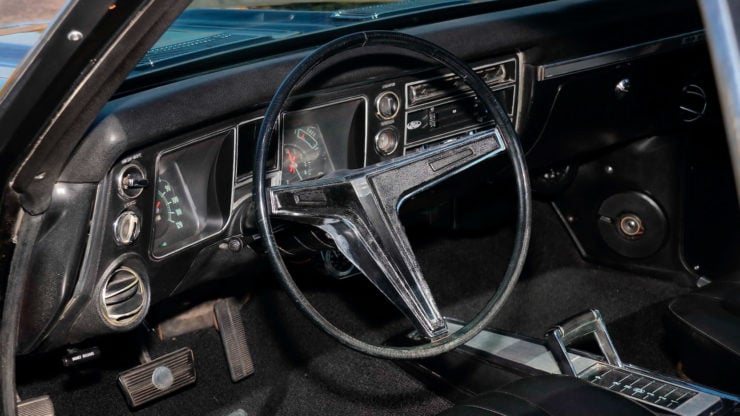 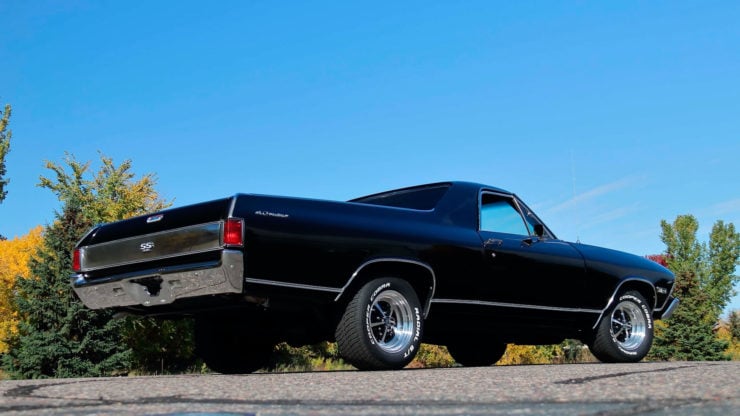 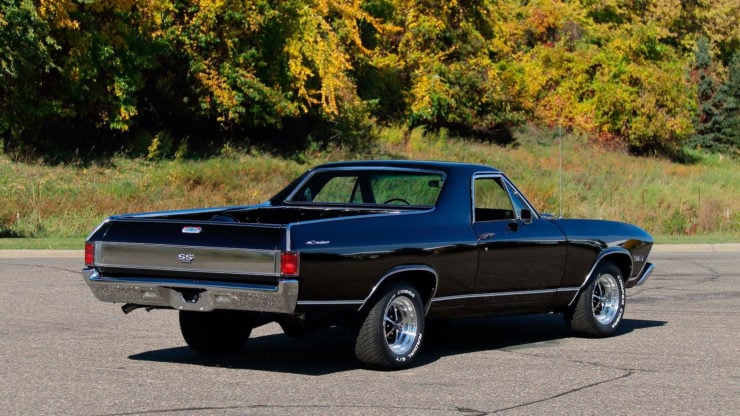 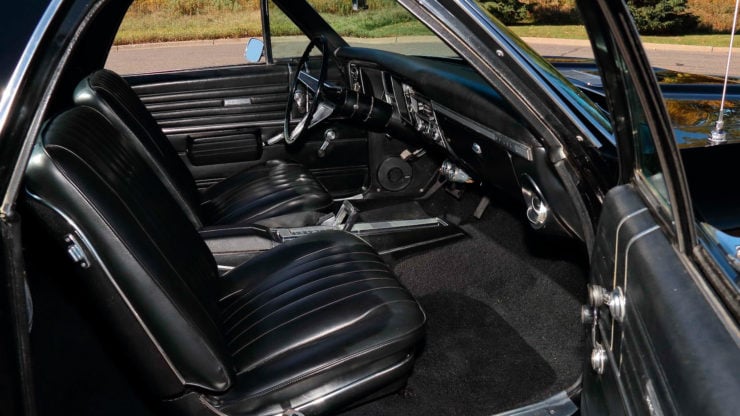 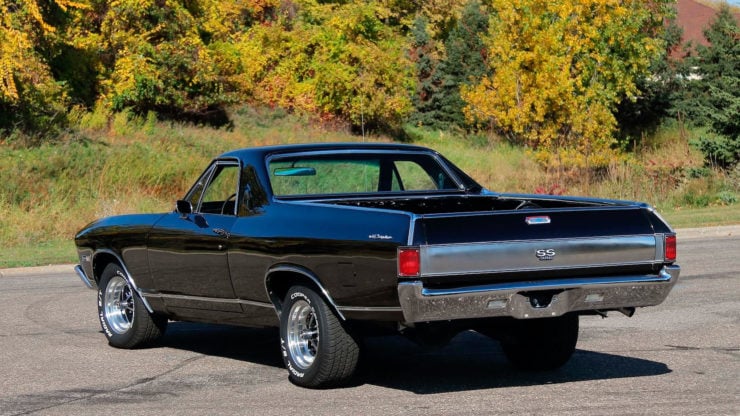 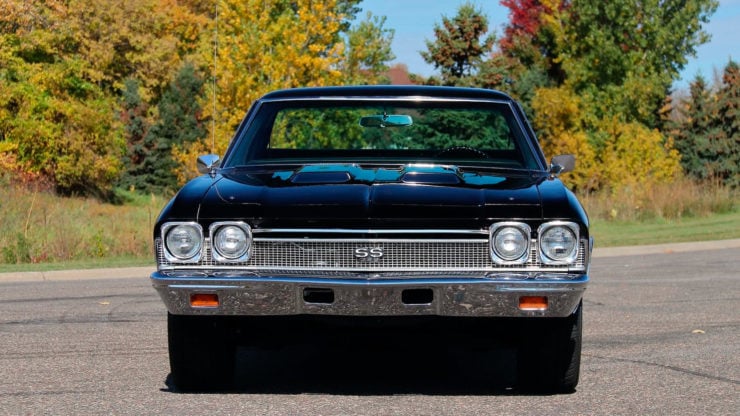 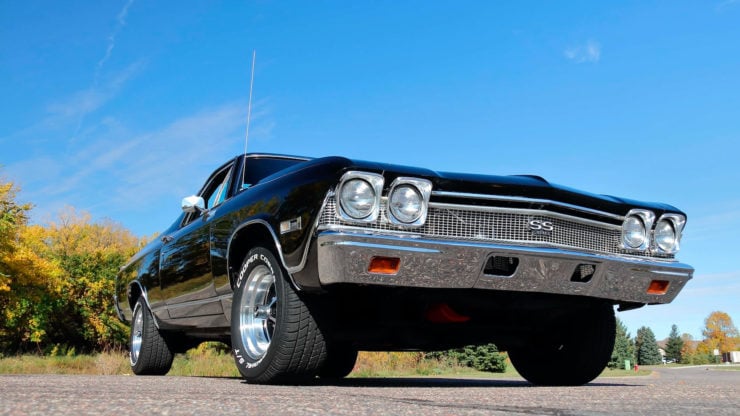 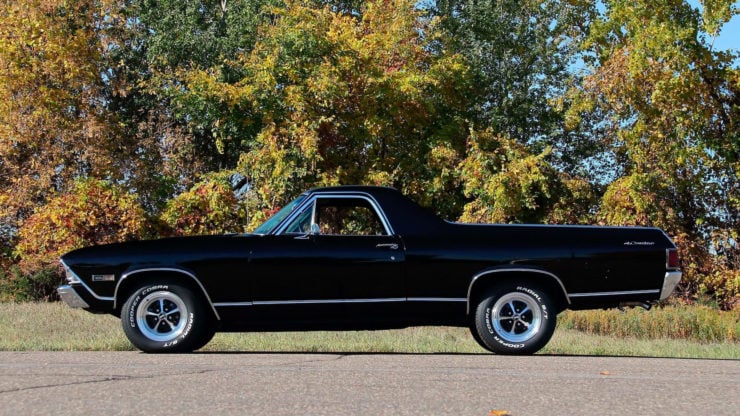 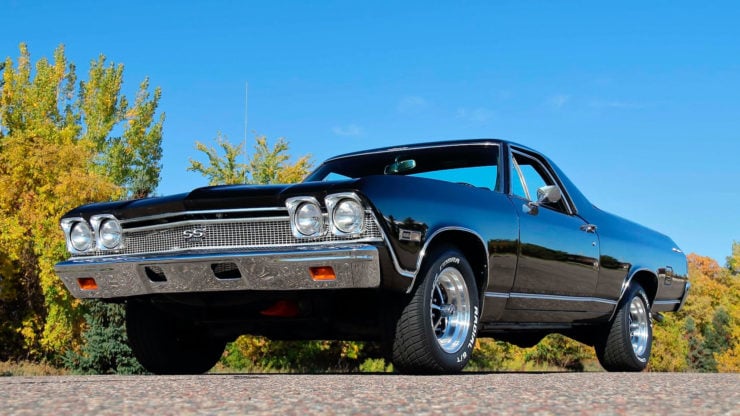