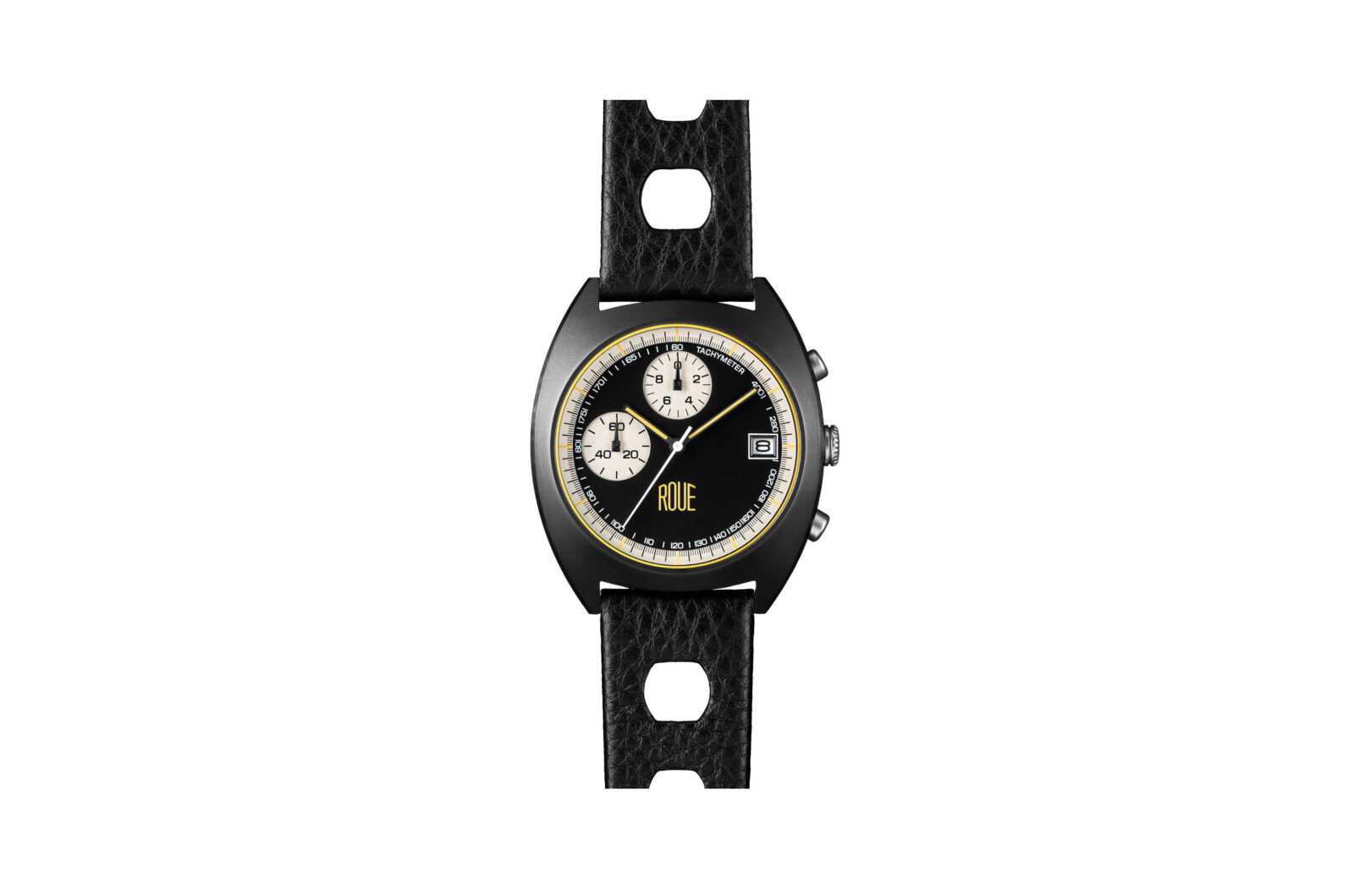 The Roue CHR Chronograph is designed to be worn daily, and it’s offered at a price point in the $250 USD range to ensure that you actually will wear it everyday – without being afraid of scuffing it.

The team at Roue design all of their watches in the style of classic racing timepieces, ensuring they’d look perfectly at home on the wrist of a 24 Hours of Daytona driver in the 1970s. The chronograph function can be used to reliably log lap times at the track, with all the precision of a high-end Swiss automatic, but without the associated cost.

The CHR Chronograph movement is a borderline-bulletproof Japanese Miyota chronograph quartz, with minute and second dials at the 12 and 9 o’clock positions, and a date window at the 3 o’clock position. The case is a similarly tough 316L blasted stainless steel with a brushed finish, and it’s topped with an ultra scratch resistant sapphire crystal. All Roue watches are water resistant to 5 ATM (50 meters), so if you have a bad day on the rally stage and end up in a river, you’ll still know what time it is.

Roue offer the popular CHR model in three major variations, above you see the CHR Two, and below on the right you see the CHR One, with the CHR Three on the left. Each of the three models comes with two straps, a sports silicone strap and the black leather rally strap shown here.

Rally straps with their distinctive circular cutouts were originally developed to save weight in the car – where every gram counts, and every kilogram saved can equate to measurable sector time improvements. The added benefit noticed by drivers was better ventilation around the wrist, helping you to avoid that unpleasant sweat patch under the strap.

The Roue CHR Chronograph has a 22 mm lug width, an overall thickness of 10.9 mm, and a case diameter (excluding crown) of 41.5 mm. Roue offers an international warranty, and free worldwide shipping. 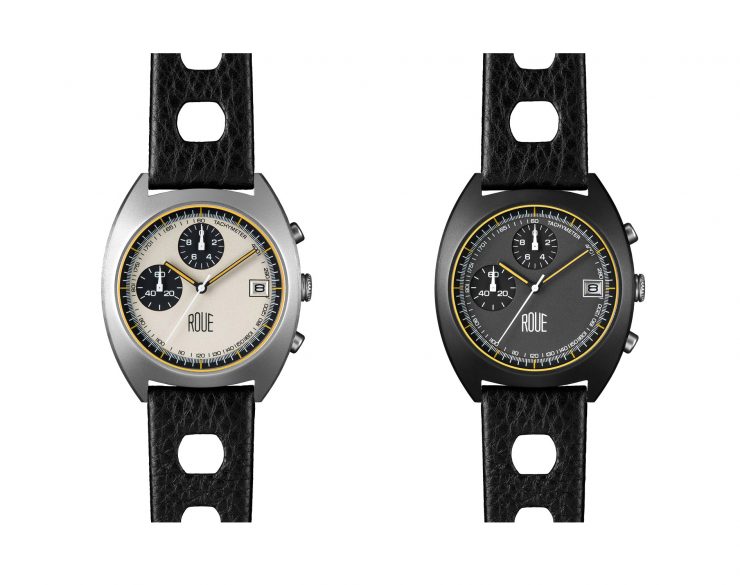