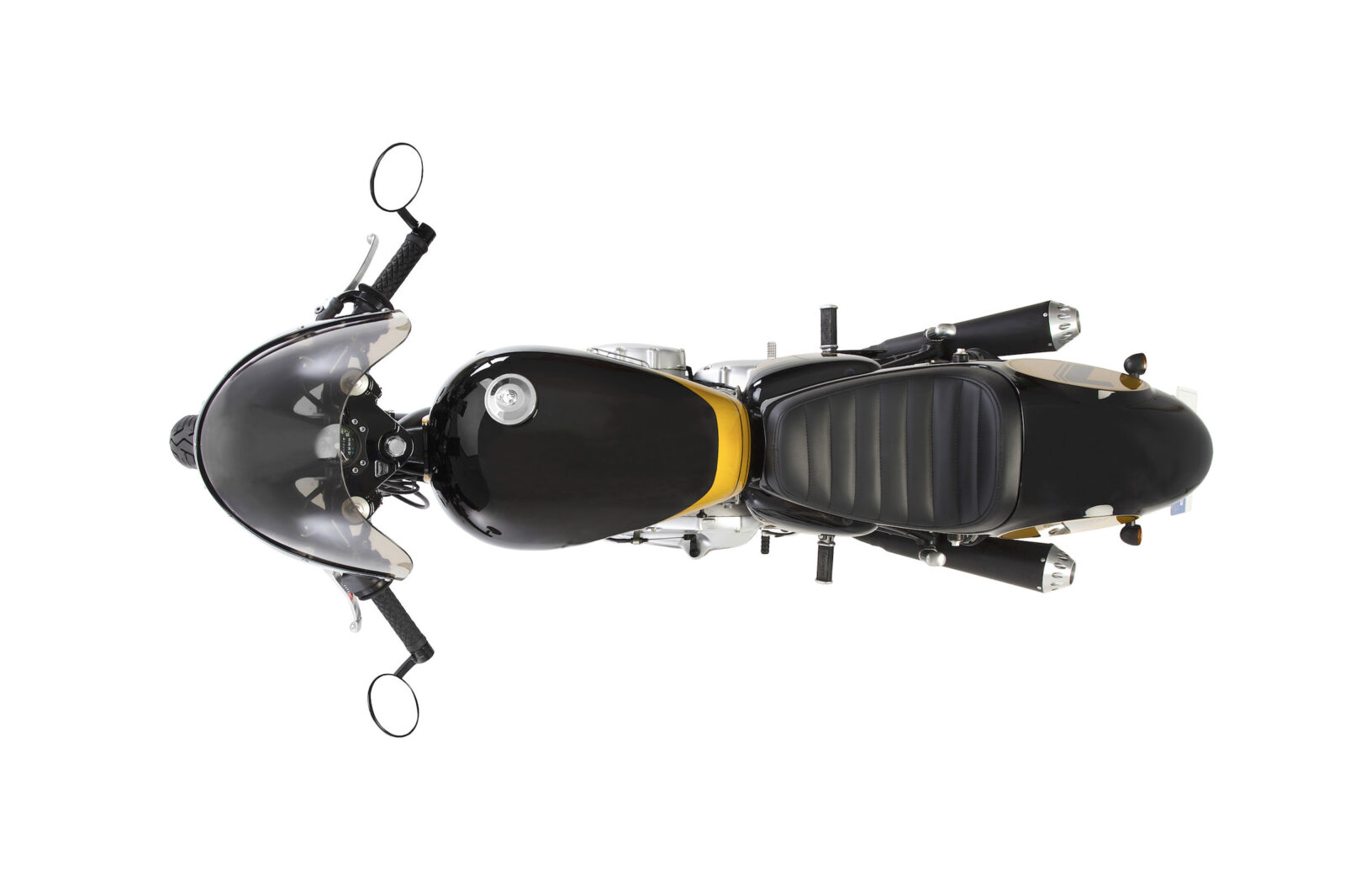 There’s something very appealing about a well-built Triumph Thruxton custom, it’s a bike that helped put Triumph on the map in the world of modern classic motorcycles, and the model has proven to be a hugely popular base for customization the world over.

Tamarit Motorcycles is a Spanish custom garage and low-volume parts maker that was founded 6 years ago after a discussion among friends in a bar. The first custom motorcycle they built was a Triumph Thruxton for Toni Gandia, a longtime friend of the Tamarit crew.

The completed bike was named Thruxt8n, and Toni put it to good use commuting to work and riding it between cities, it would later spend a few years garaged by the sea in Málaga – and the salt took its toll. Toni decided to bring the bike back to Tamarit and sit down with them to create an outline for the second phase of the Thruxton’s life.

Triumph had originally developed the Thruxton as a slightly more powerful, cafe racer version of the popular Bonneville model. In order to boost performance, the engine was fitted with higher-performance camshafts and different pistons, bringing power up to 68 bhp.

Externally, the model received a full cafe racer makeover including rearset footrests, small aeroscreen, twin reverse-cone mufflers, and removable seat cowl. Minor modifications would be made to the model over its 2004 to 2016 production run, and the custom community quickly discovered that the engine would respond very well to tuning – with some rebuilt to produce 90-100 bhp.

An all-new Thruxton was released in 2016 with a lot more engine capacity and one less cam, but the originals are proving to be remarkably popular on the secondhand market, with depreciation seeming to have stopped and even reversed in some parts of the world. 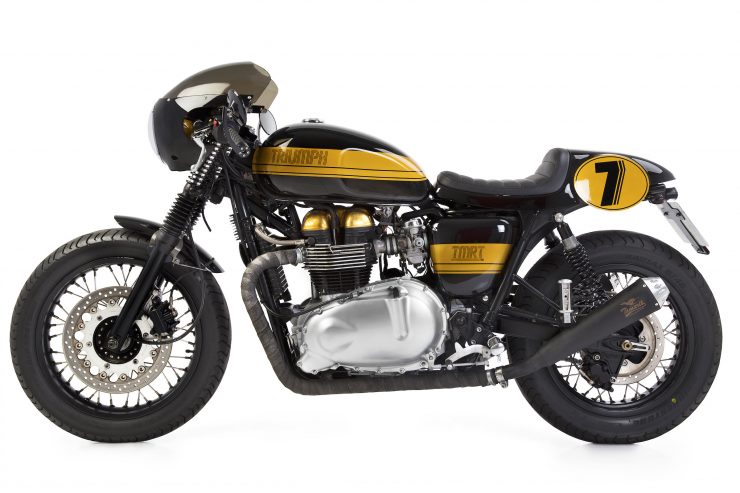 Once Toni had brought the bike back to Tamarit they spent time inspecting it, the bike had been ridden extensively and it’d had a couple of sideways encounters with the asphalt – so it was decided that a full rebuild was in order.

The bike was stripped back and everything was either cleaned, repainted, or replaced entirely. It was decided that a new look was in order, so the tank, side covers, and seat received a retrotastic 1970s-inspired black and gold livery. The headlight cowl and valve covers were then painted black and gold respectively to match, and the hubs and rims received black powder coating.

Once this was done, the headers were wrapped and paired with a set of matte black mufflers, and the rear fender eliminator kit tidied up the backend significantly. A new Little Bastard front fender was installed, alongside Pantera springs, and a Super López sump guard.

The completed bike is about as close to Triumph Thruxton perfection as we’re likely to find in this life, and Toni is back in the saddle tearing up roads across Spain. If you’d like to read more about this build or commission your own, you can click here to visit Tamarit Motorcycles. 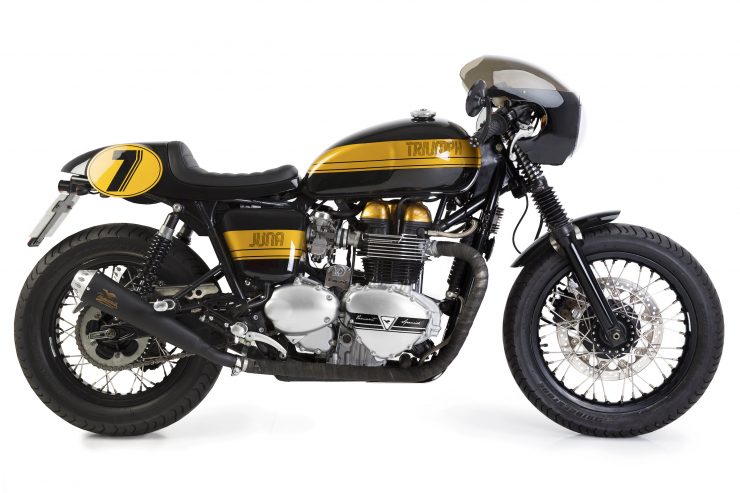 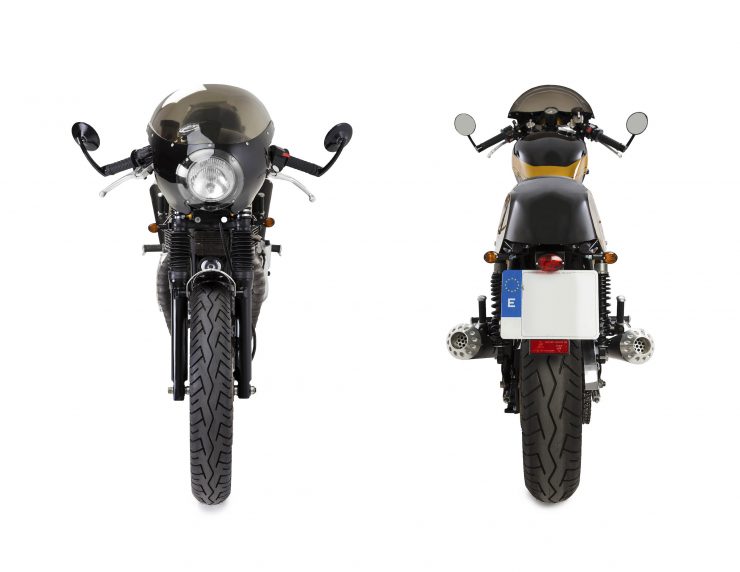 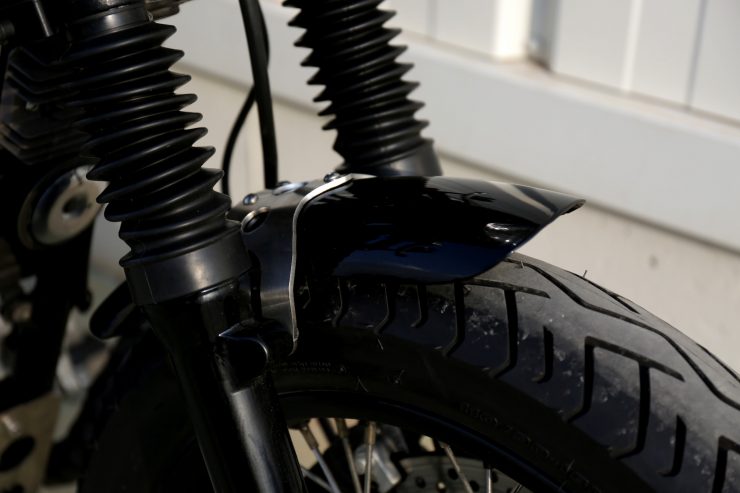 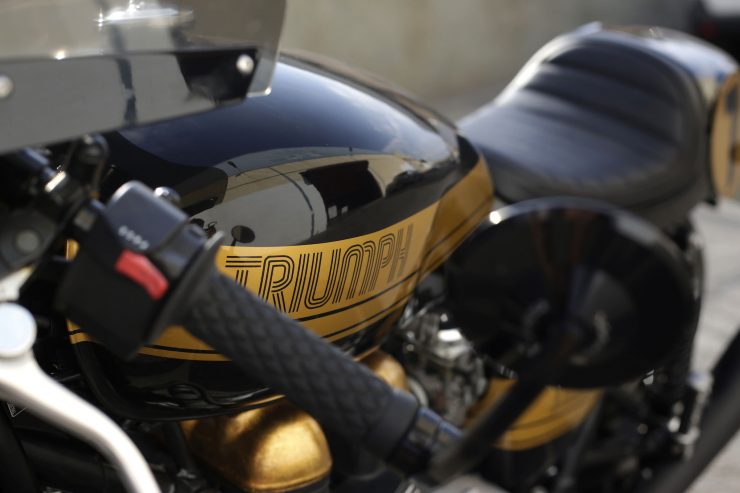 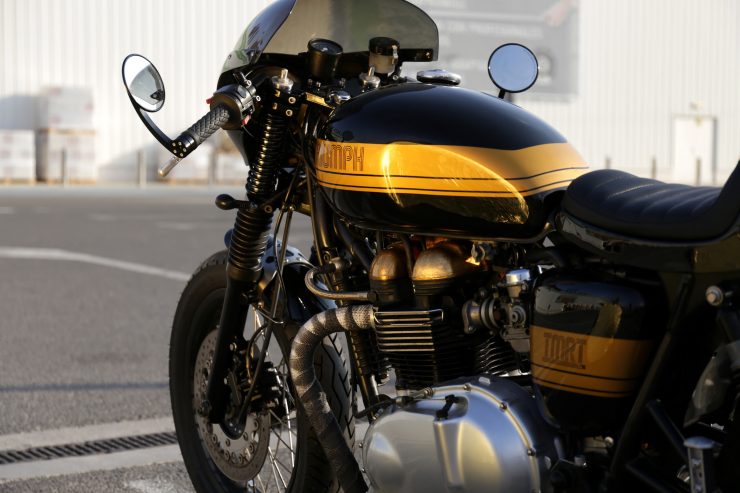 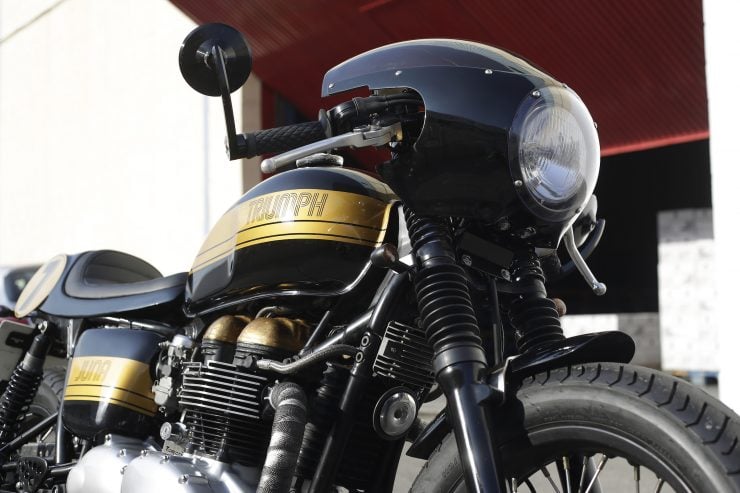 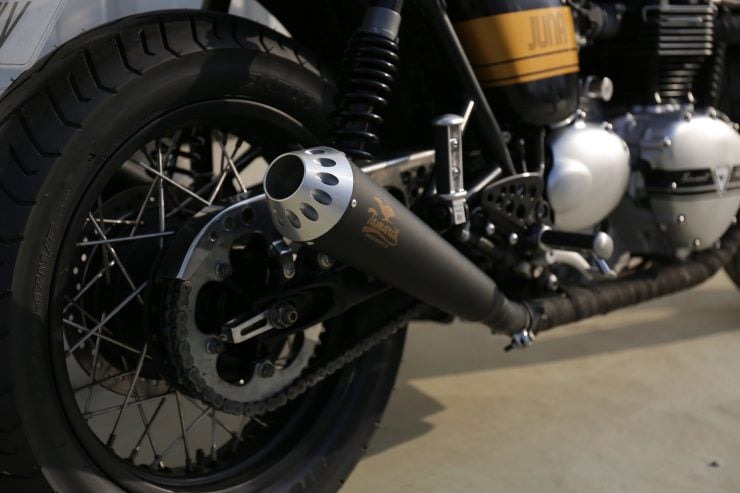 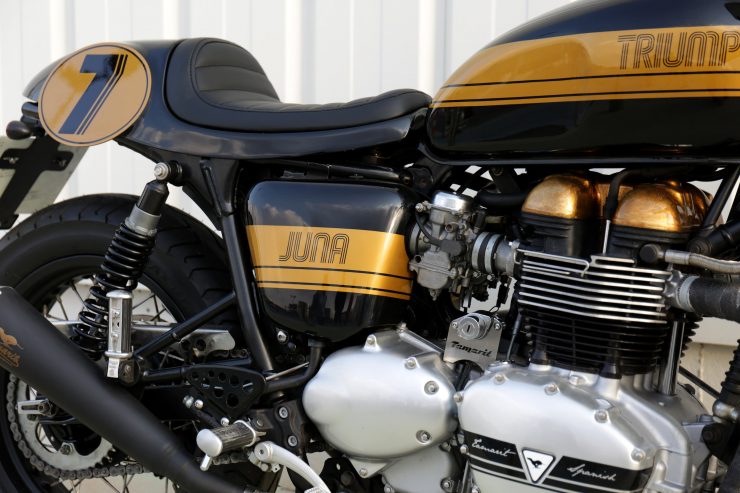 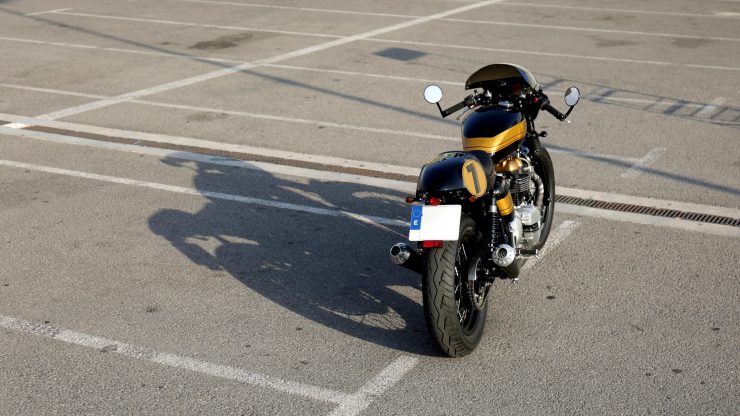 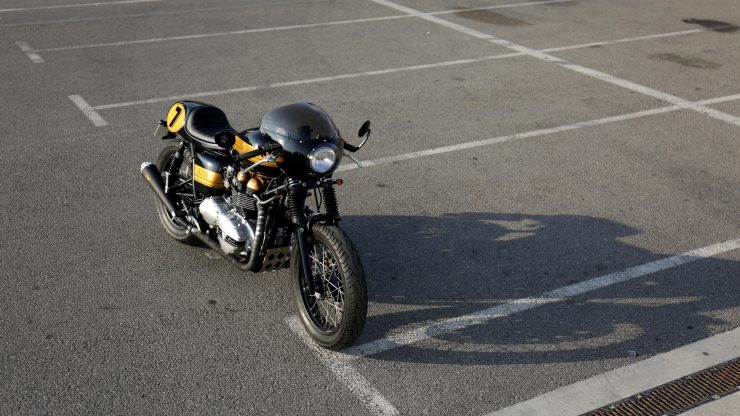 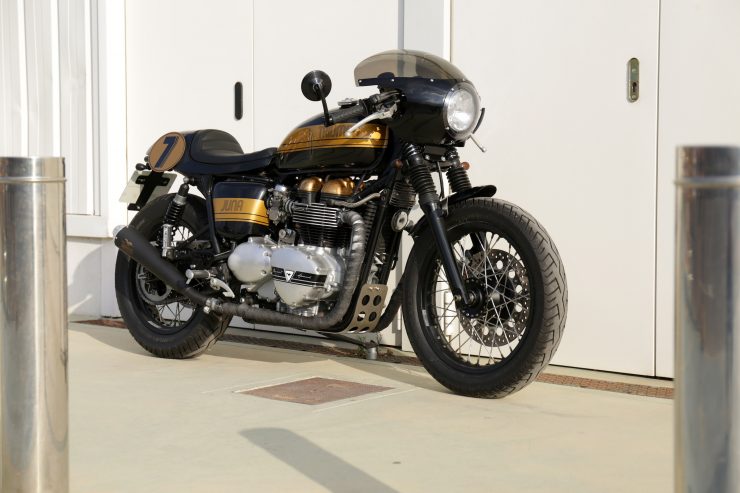 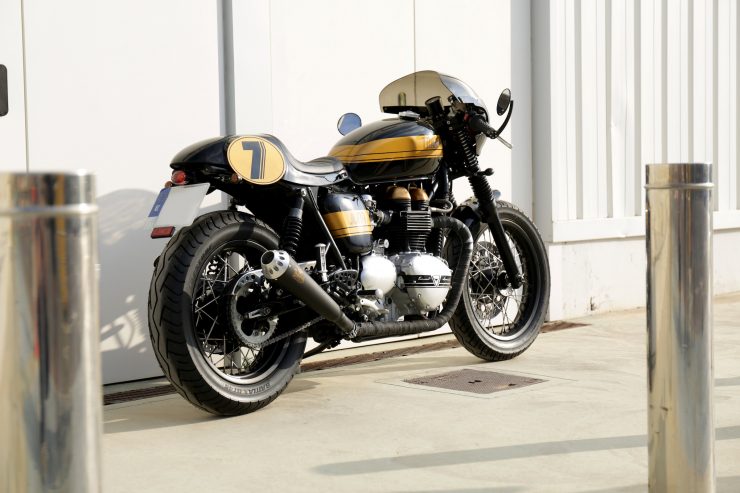 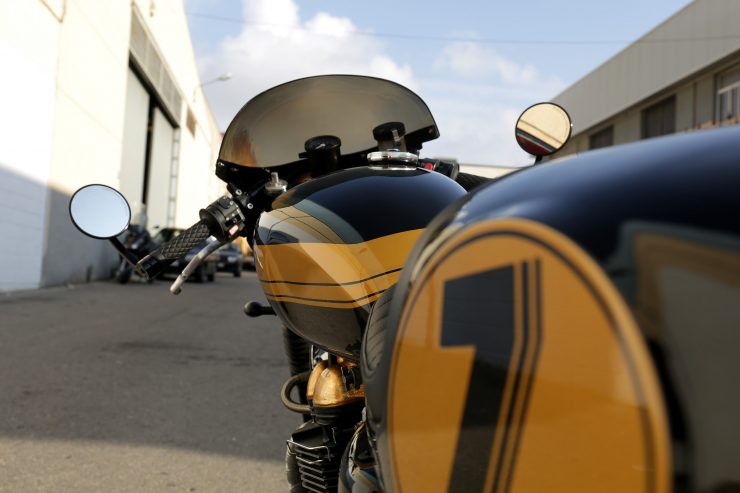 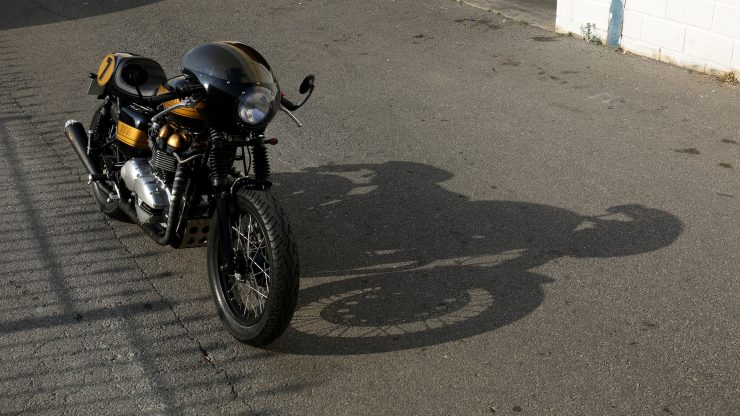 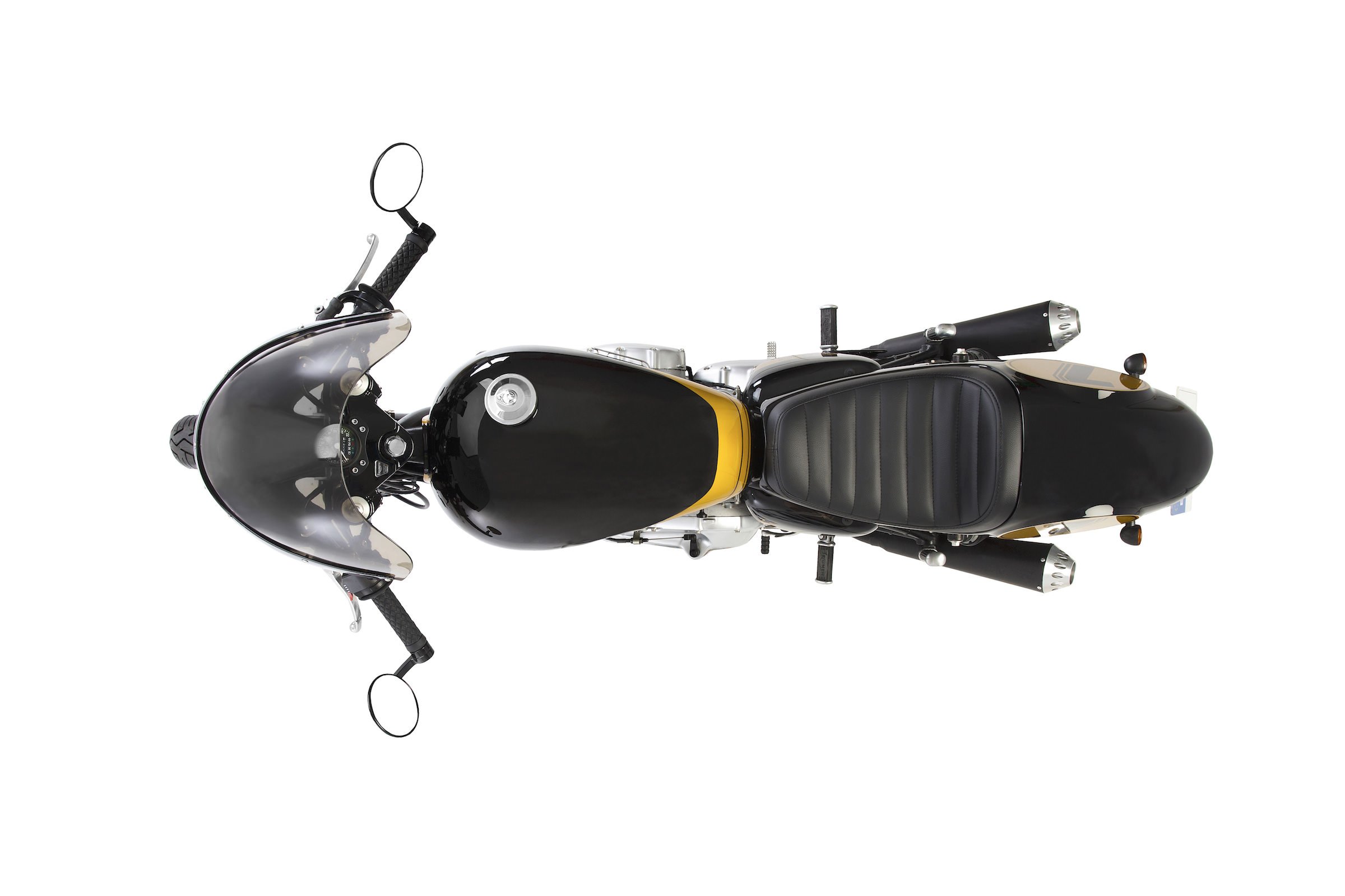