This meticulous print is the result of countless hours involving a team of artists to recreate the scenes, sights, and sensations of the pit lane after the legendary 1967 24 Hours of Daytona. It’s the work of Unique & Limited, a company that uses a group of graphic artists, photographers, and 3D modelers to offer glimpse back through the veil of time at some of the racing world’s finest and most memorable moments.

The Ferrari 412P was essentially a Ferrari NART 330 P3/4 with a better transmission, Weber carburetors in place of fuel injection, more effective brakes, and an almost identical body shell. So similar were the two cars they were (and still are) often mistaken for each other. 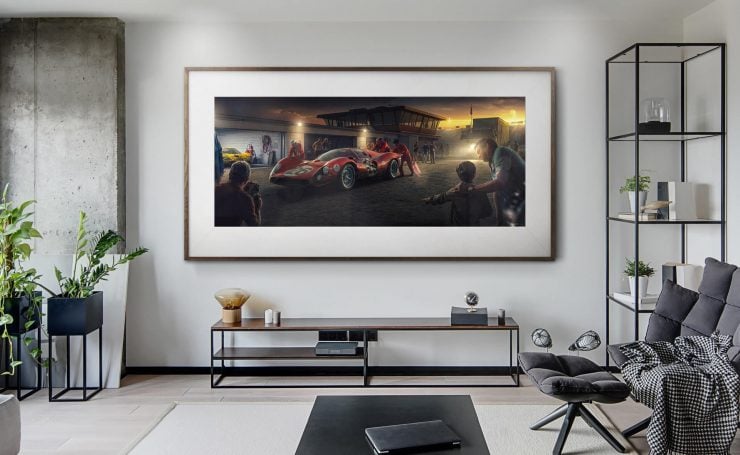