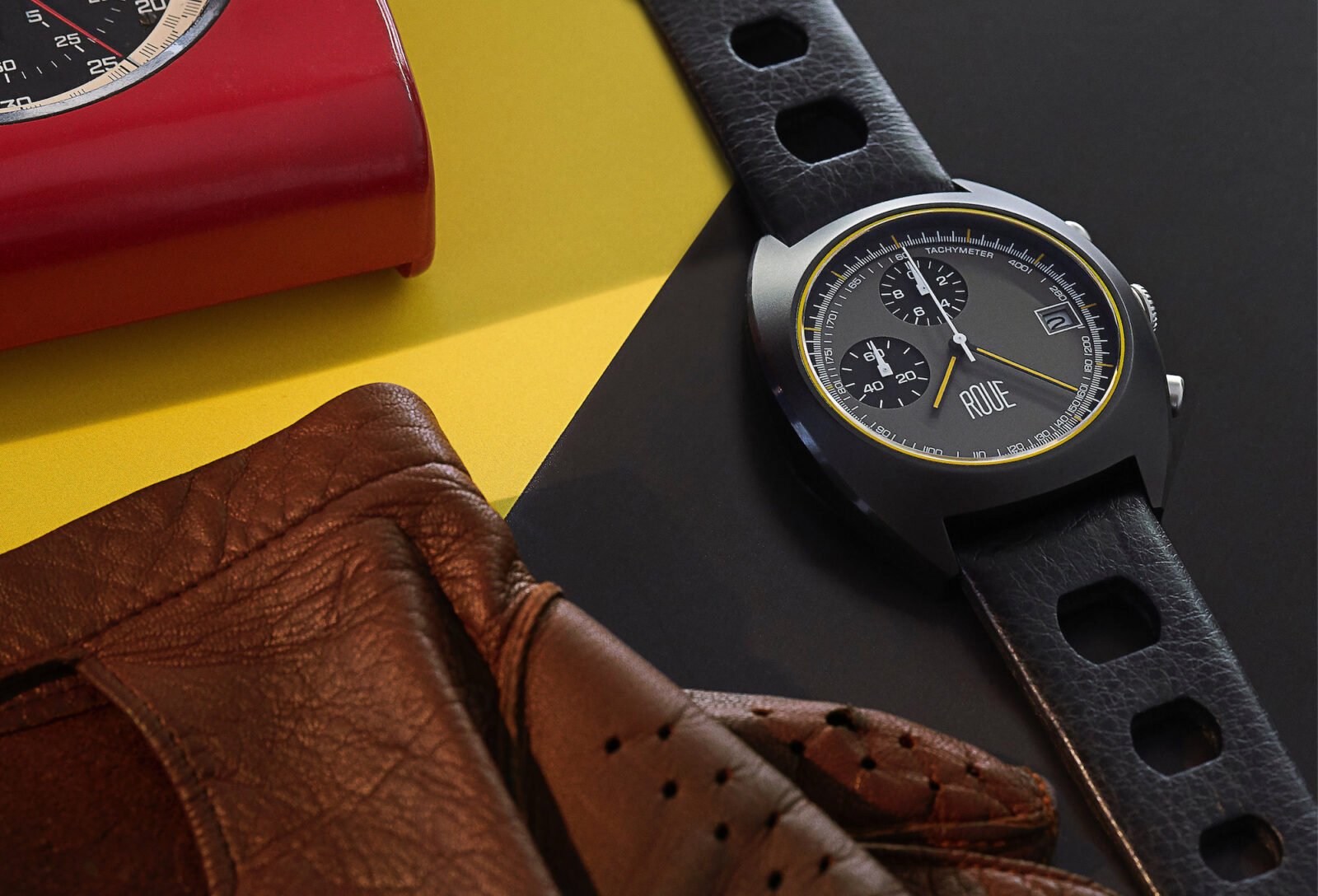 The Roue CHR Chronograph was designed as a daily-wearable wristwatch that won’t break the bank, with an MSRP of just $260 USD.

The team at Roue developed the watch in the style of the timepieces worn by racing drivers in the 1970s, men like Hunt, Lauda, and Fittipaldi. Other design influences include German Braun designs, and mid-century Scandinavian furniture. Each watch ships with two straps included – a leather rally strap with “speed holes” and a waterproof sports silicone strap.

The CHR Chronograph has a case diameter (excluding the crown) 41.5 mm with an overall thickness of 10.9 mm and a lug with of 22 mm.

The watch is water resistant to 50 meters (5 ATM), it has a scratch-resistant sapphire crystal glass, and a reliable, zero-maintenance Japanese Miyota chronograph quartz movement. The case is top quality 316L blasted stainless steel with a brushed finish and it comes in three primary colorways – CHR ONE, CHR TWO, and CHR THREE.

The chronograph functions include a center hand to display seconds, a top sub-dial displays time in 1/20th of a second, and a left sub-dial that displays minutes.

Each watch from Roue comes with a two year international warranty and free shipping anywhere in the world – a great feature that we’d like to see a lot more of. The company also offers a 7-day return policy if you’re unhappy with your new watch for any reason. 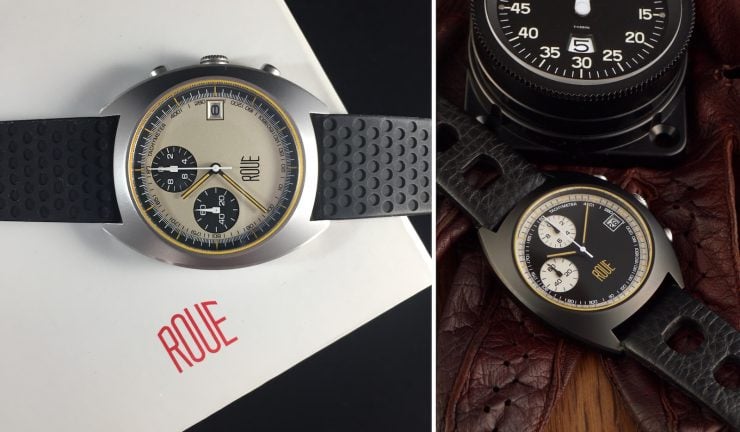 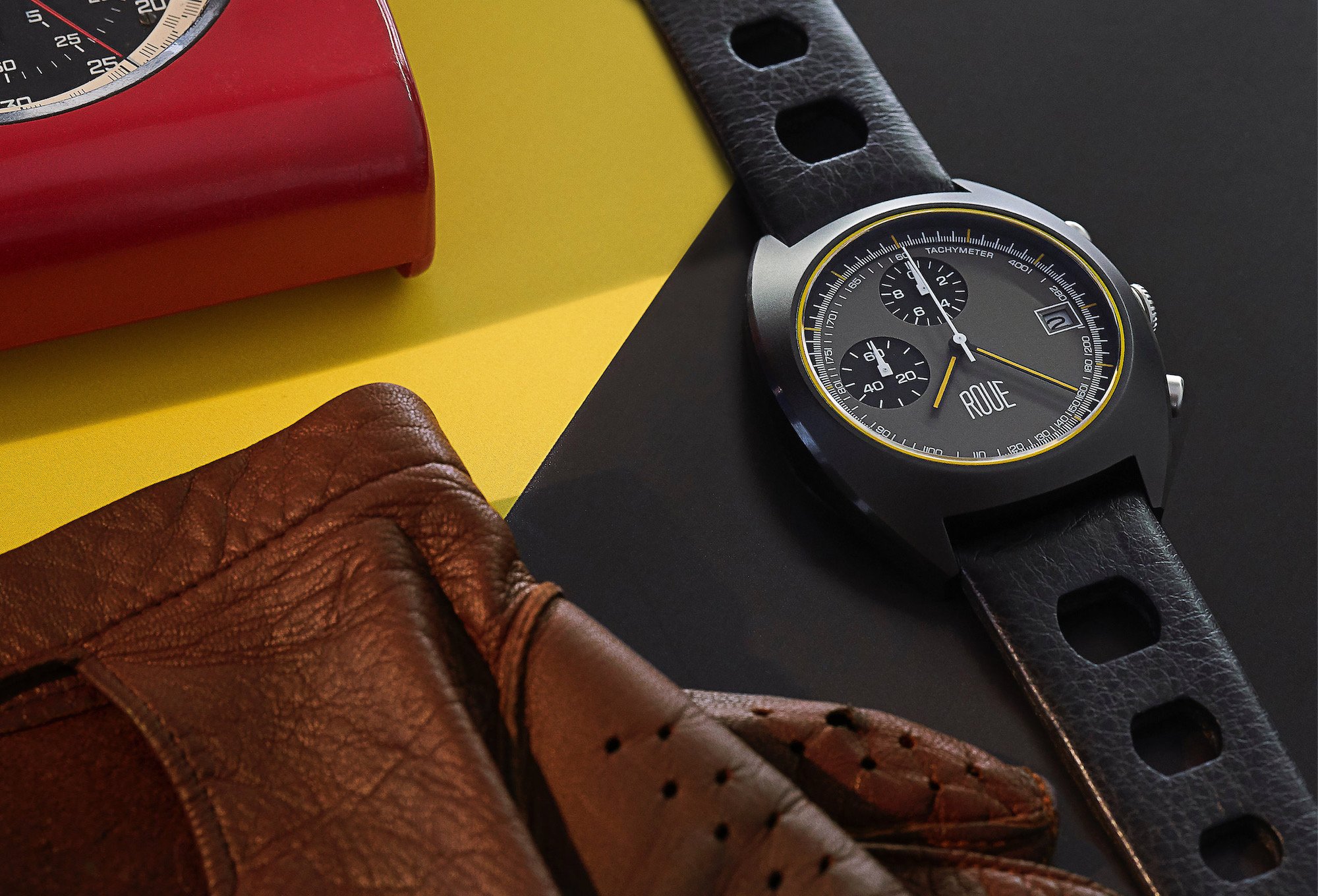