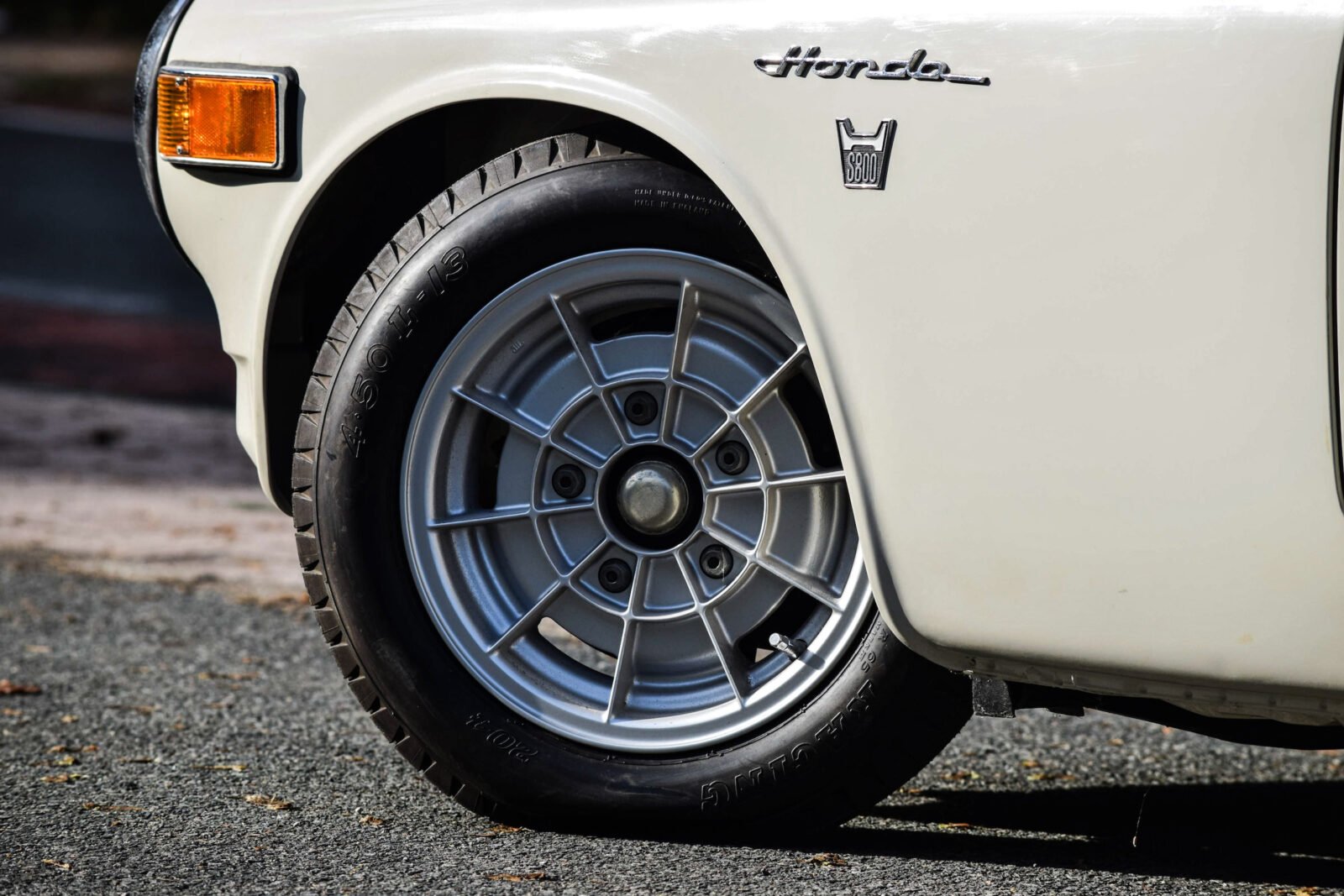 The Honda S800 Racing was a special and very limited edition model developed by Honda France as a turnkey high-performance model for aspiring amateur racing drivers.

Honda had started out making motorcycles in the late-1940s, but they’d been building motorized bicycles since the mid-1940s, and Soichiro Honda already had decades of experience working with engines and motor vehicles.

The first cars designed and built by Honda were distinct in that they were clearly designed by engineers more used to developing motorcycles – they featured chain final drives and small, relatively complex all-alloy double overhead cam engines. 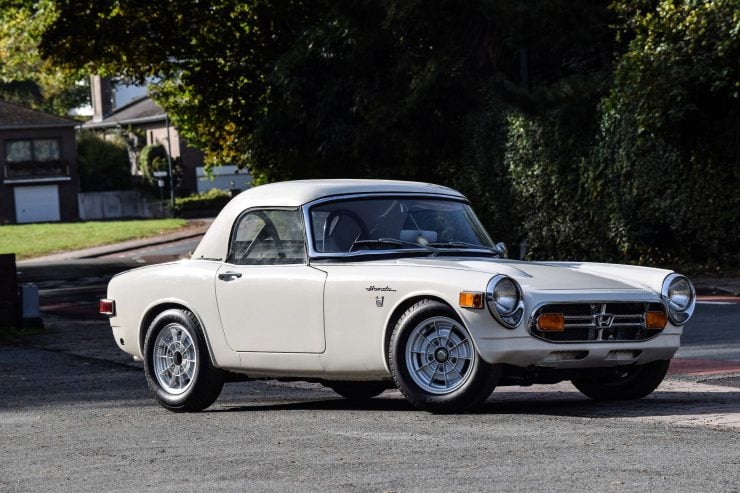 The Honda S800 was introduced in 1965 at the Tokyo Motor Show as a direct competitor for small European roadsters like the Fiat 850 Spider, the Triumph Spitfire, the Austin-Healey Sprite, and of course, the MG Midget. Though it was directly inspired by its Western contemporaries the S800 had something under the hood that trounced them all – an advanced DOHC inline-4 with an eye-watering 8500 rpm red line.

This alloy engine was an absolute gem, particularly for the era. It has a swept capacity of 791cc, a roller-bearing crankshaft, and 70 bhp at 8000 rpm with 48.5 ft lbs of torque at 6000 rpm. It was paired with an all-synchromesh 4-speed gearbox, which sent power back by chain to a rear differential, later examples of the car would have a more traditional shaft drive to a live rear axle for the sake of simplicity and ease of maintenance.

Suspension is independent on all four corners on early cars, with later cars using coil springs and twin trailing arms in the rear. Period reviews of the S800 were largely positive, with motoring journalists marveling at the engine in particular.

Honda was still largely an unknown entity in the automobile world in the 1960s, and as a result they sold just 11,536 examples of the S800 before ceasing production in 1970 to focus on more family-friendly cars. This would be far different when Honda released their next “S” roadster – the highly-regarded Honda S2000 first hit the road in 1999 and even though they’ve now been out of production for 10 years they’re still considered one of the finest open-top sports cars on the road. 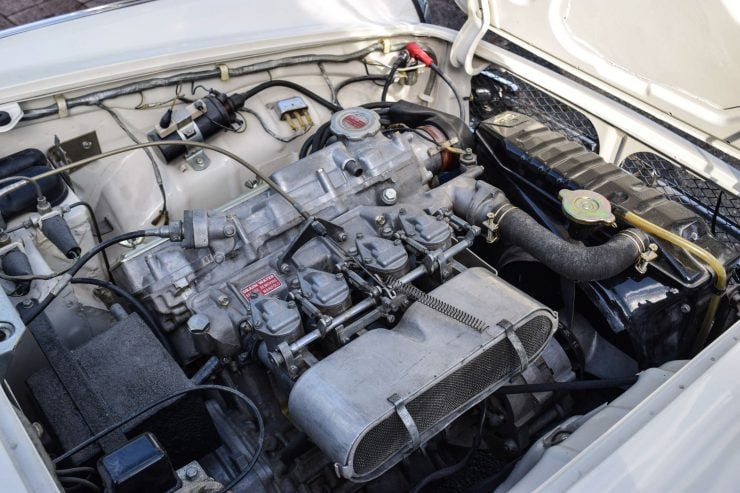 The Honda S800 Racing is a largely unknown version of the little Japanese roadster, unknown largely because just two of them were ever made. Honda France developed their own competition-client version of the stock S800 in 1967 and showed it for the first time at the Paris Motor Show, it included a performance tuned engine producing an additional 20 bhp (90 bhp total).

These later versions of the car had a shaft drive and live rear axle making them able to better withstand the extra engine power being sent back from the newly fitted 5-speed all-synchromesh dogleg gearbox into the limited slip differential.

Magnesium wheels were fitted to reduce unsprung weight and twin roll hoops were installed along with racing harnesses – this was a car that Honda France expected to be raced enthusiastically. 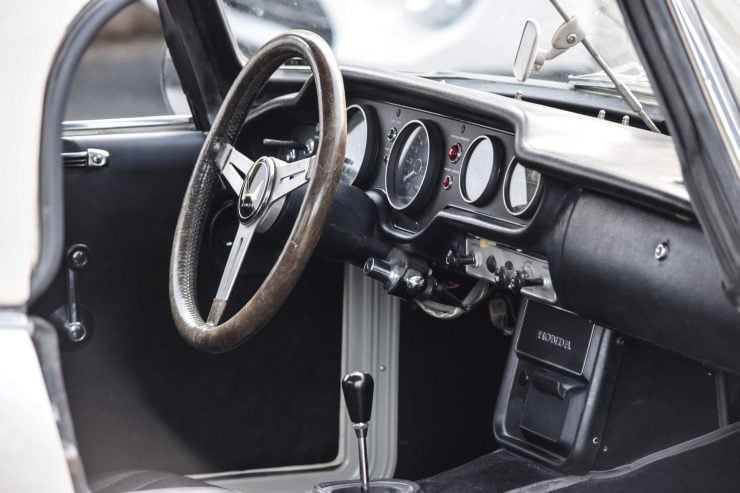 The car you see here is one of the exceptionally rare originals made by Honda France. It was originally a show car before being sold to Alfred Bullman in 1969. Bullman competed in his new lightweight roadster regularly, racing in various hill climbs and slalom events before eventually selling it on.

The car passed through a limited number of hands before landing in the ownership of the current keeper, it’s listed as being in overwhelmingly original condition throughout, and it’s now accompanied by an additional complete competition engine.

The estimated value is €75,000 to €95,000 and Artcurial will be offering it for sale on the 4th of November. If you’d like to read more about it or register to bid you can click here to visit the listing. 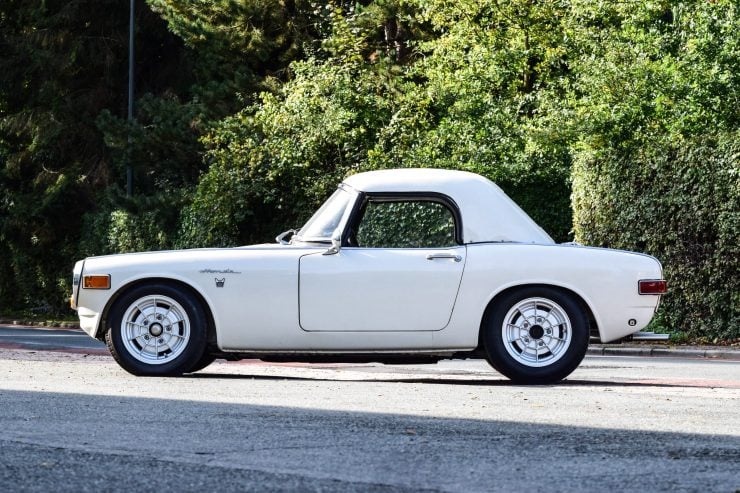 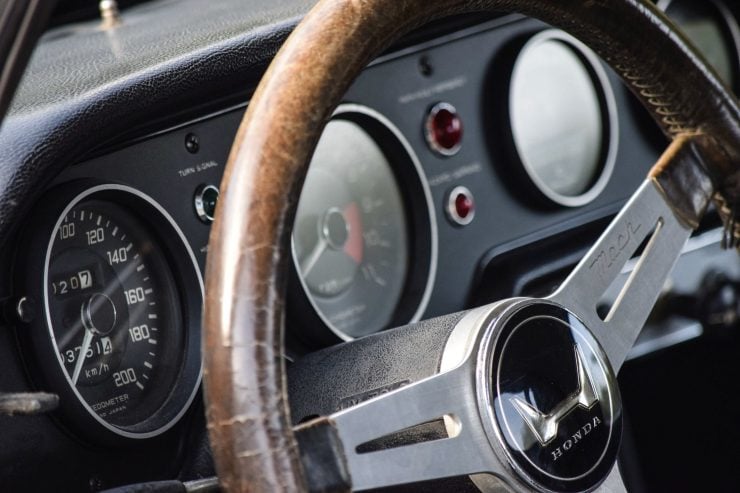 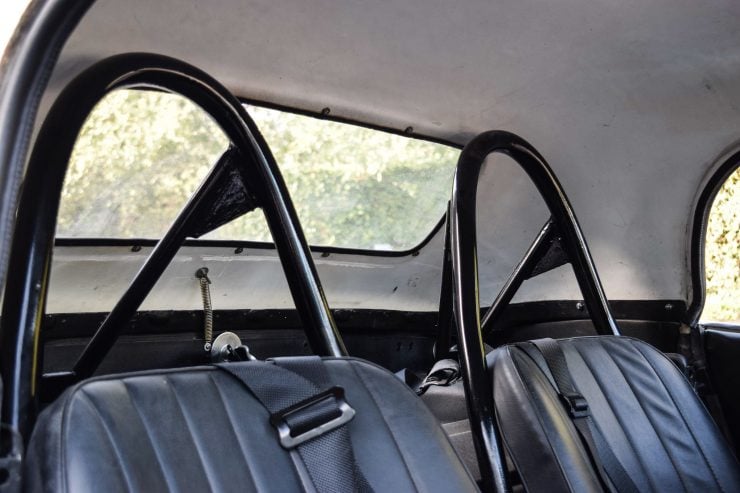 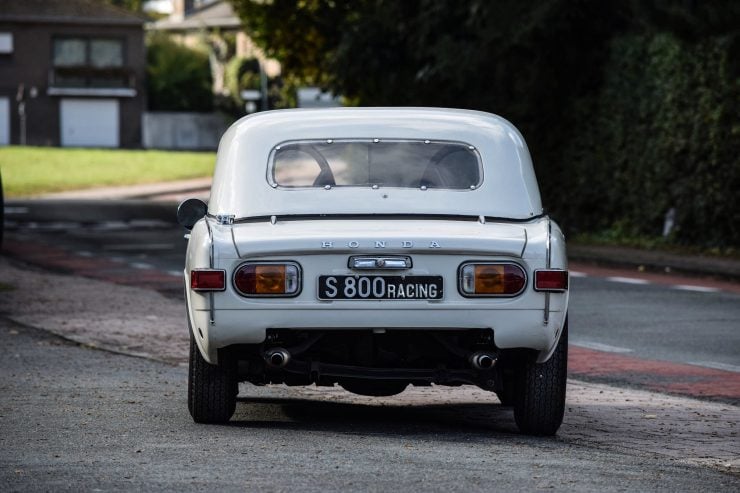 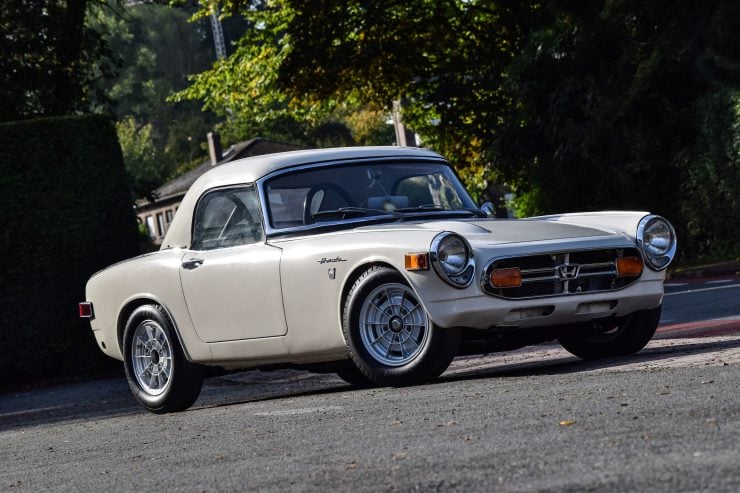 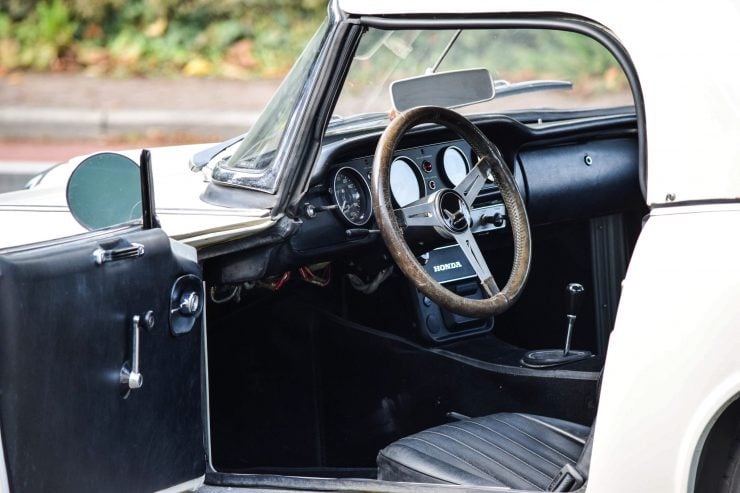 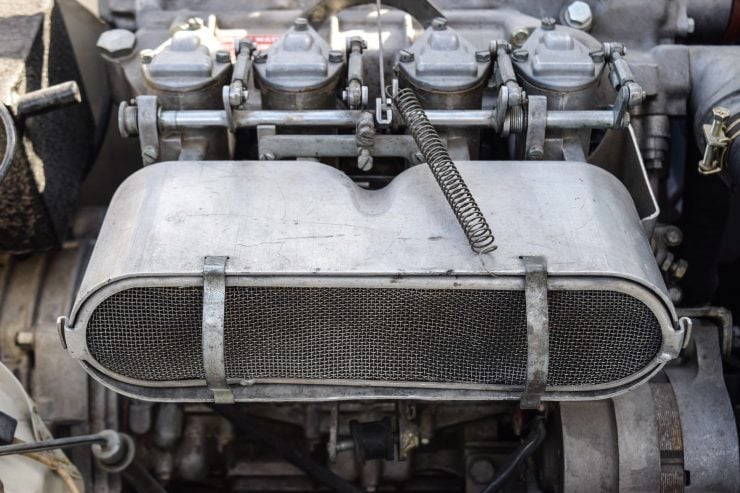 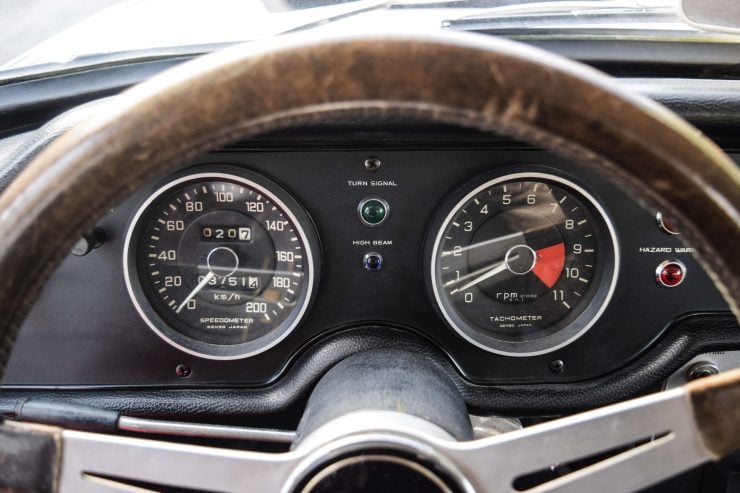 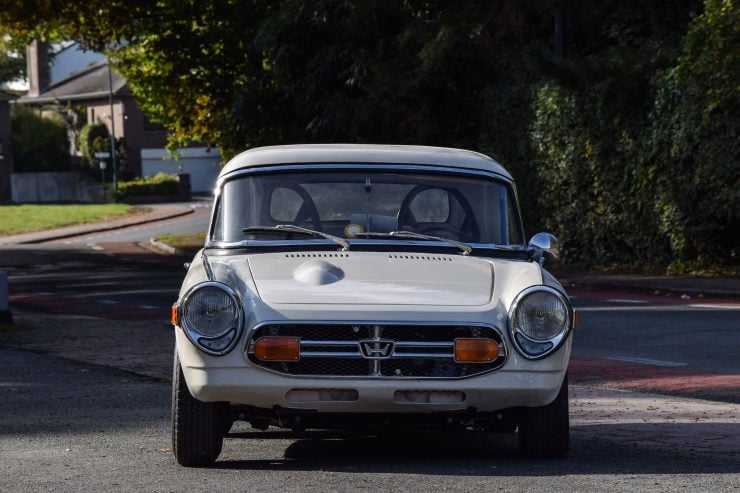 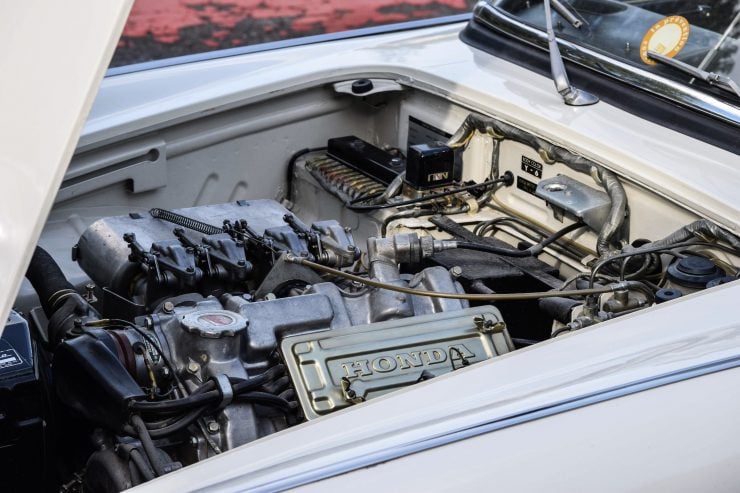 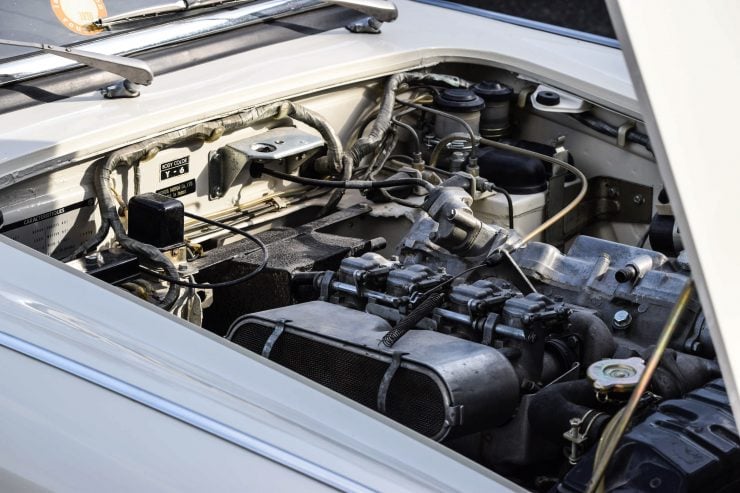 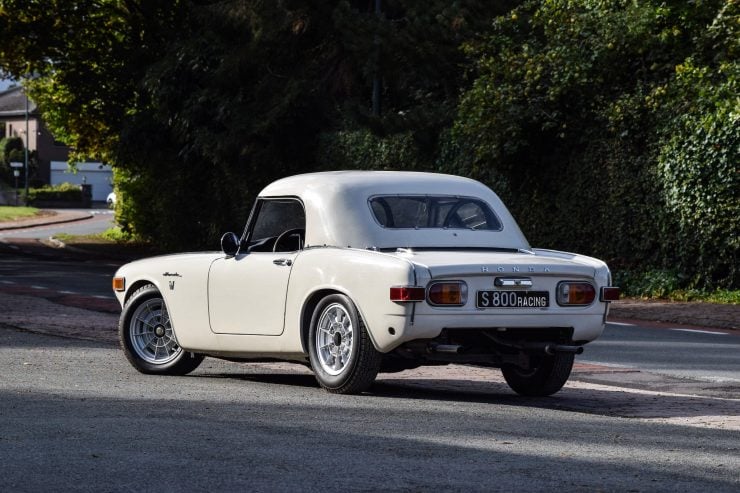 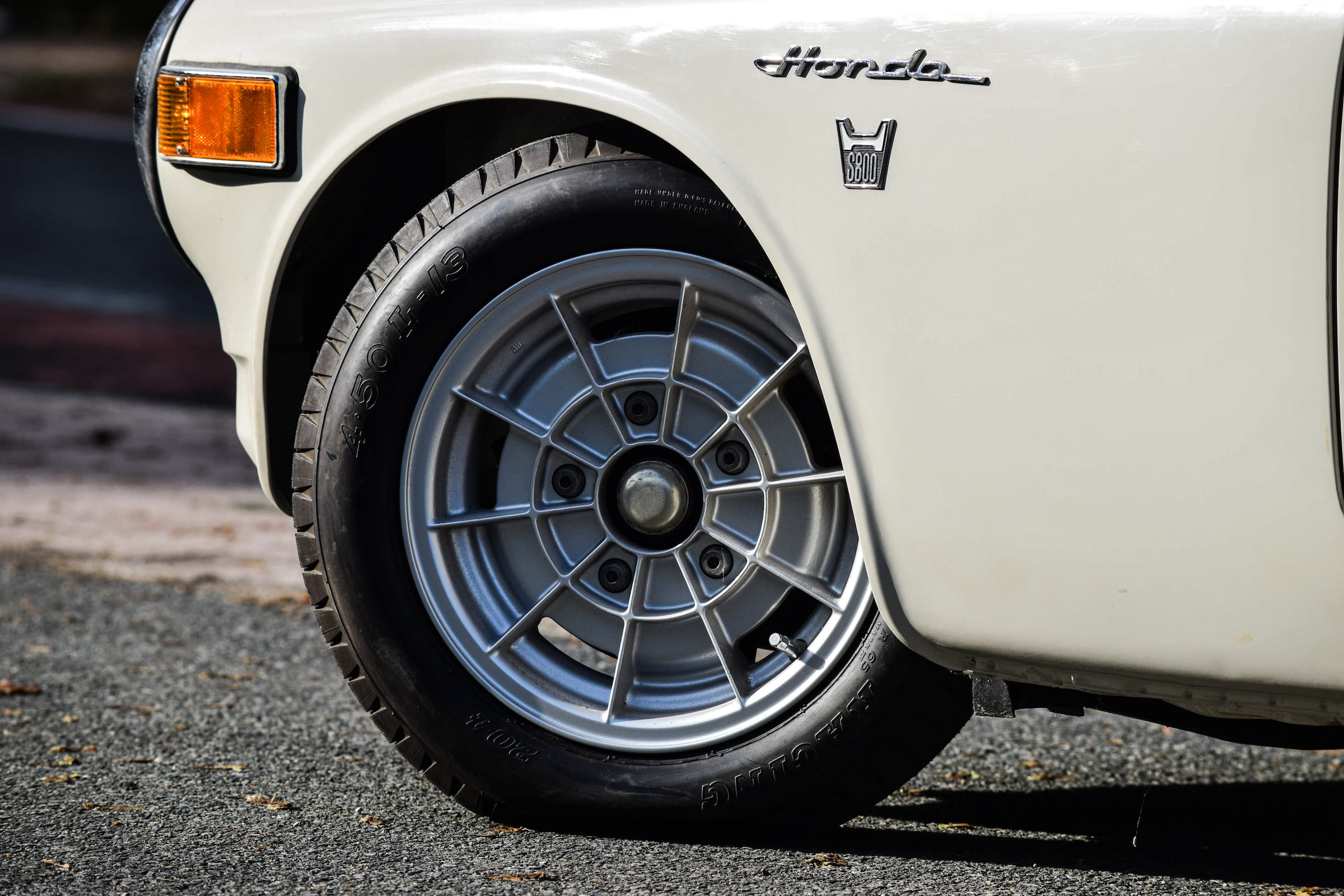