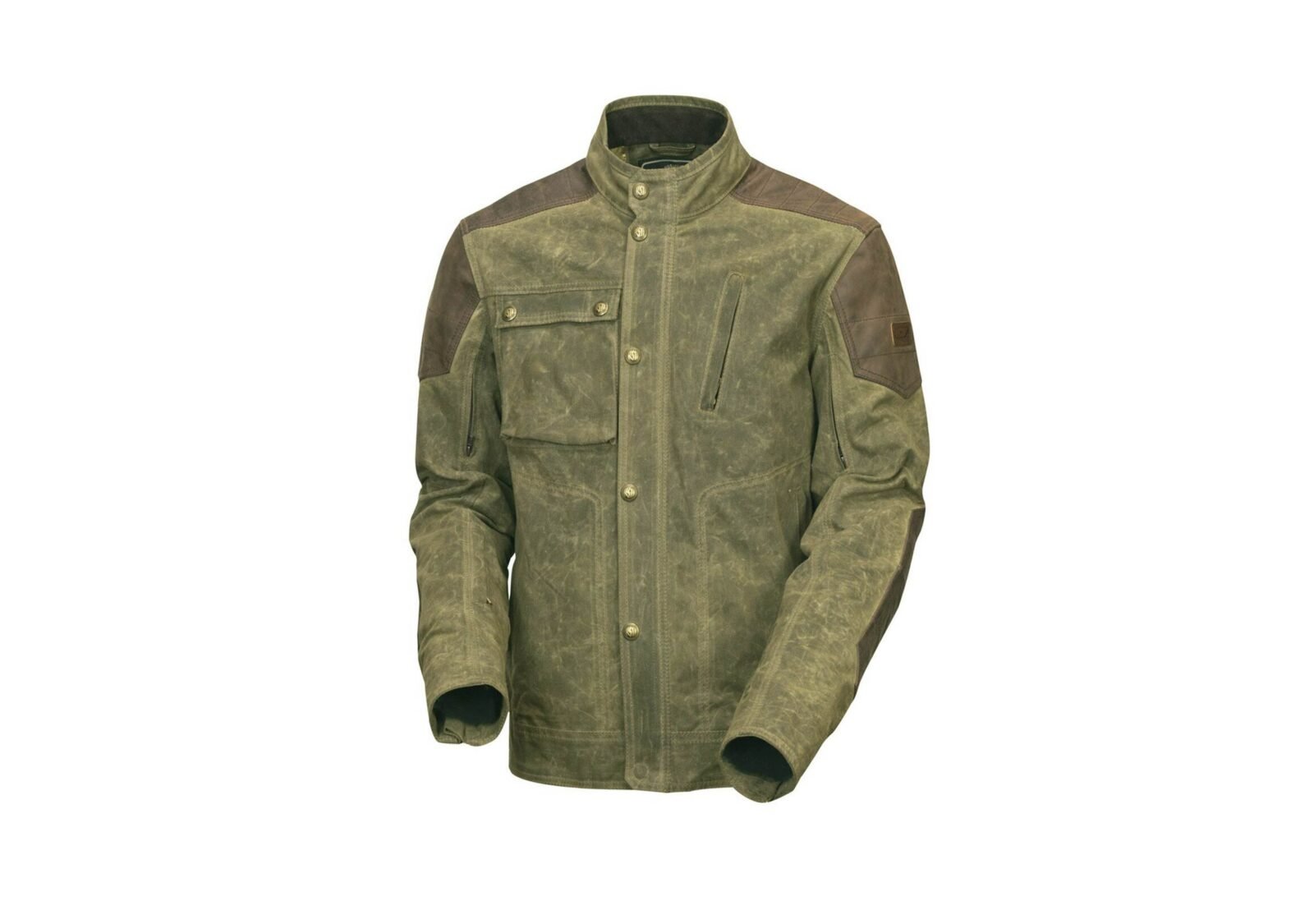 This is the new Roland Sands Truman CE Jacket, it’s a motorcycle jacket that’s designed to offer its wearer excellent protection while looking like it was just discovered in the back of an Isle of Man TT racer’s closet from 1937.

There has been a welcome surge in numbers of classic looking motorcycle gear that’s been designed and manufactured to provide truly modern, 21st century levels of protection.

It wasn’t that long ago that we had to choose between being a well-protected Power Ranger look-a-like or being considerably less-protected, but wearing gear that wasn’t a garbled, visually offensive mess of low-budget sci fi design cues.

Roland Sands Design, better known simply as RSD, has been leading the way in this burgeoning genre since it was founded by former motorcycle racer Roland Sands in 2005. Sands was a successful racer from early in his childhood thanks to the gift of a 50cc dirt bike when he was 5. He broke a bone within minutes of receiving it, but his love for speed on two wheels was set.

Over the years he would set multiple track records around the world and in 1998 he became the American Motorcyclist Association 250GP champion. 32 broken bones later Roland retired from racing and pursued his other great passion – motorcycle engineering and design combined with the design of motorcycle gear and apparel.

Roland Sands Truman CE Jacket was developed to conjure the styling of classic waxed cotton canvas motorcycle gear from the pre-WWII era. Waxed canvas was the first water-resistant, breathable material and it was used extensively by motorcyclists – particularly in cooler European climates. 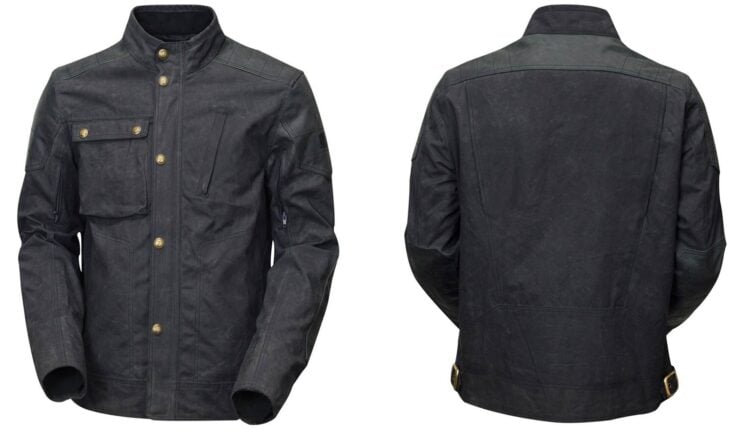 Unlike the original waxed canvas jackets from 100 years ago, this one is thoroughly modern, with SD Dakota cowhide leather (0.9mm to 1.1mm) on the shoulders, upper arms, and elbows, Cordura 600D sleeve lining for additional abrasion resistance, and CE EN 1621:2021-1 certified SAS-TEC flex elbow and shoulder armor.

The jacket has a back pocket for armor however this is sold separately as many riders already have it, and don’t want to buy it twice. You’ll also find a soft-lined electronics security pocket, stretch mesh cargo stuff pockets, and hand warmer pockets at the waist.

The Truman CE Jacket comes in sizing from S to 3XL and there’s a size chart on the website to help you get the right fit. It comes in both black and ranger colorways, both shown here, and the MSRP is $375 USD. 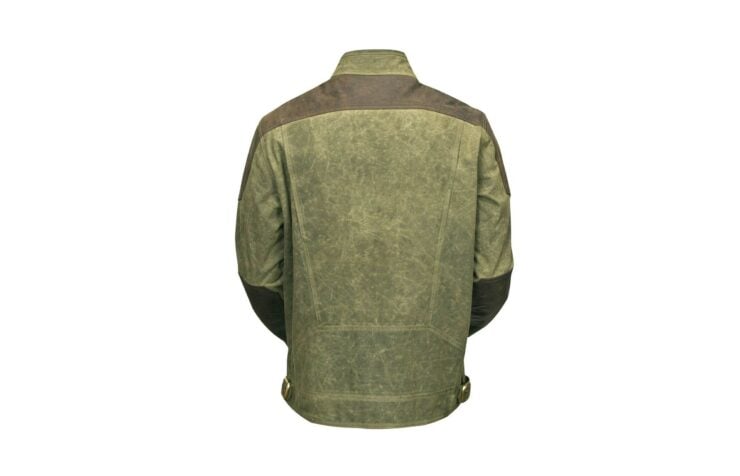