The Only One Ever Made: The Plymouth Road Runner Rapid Transit 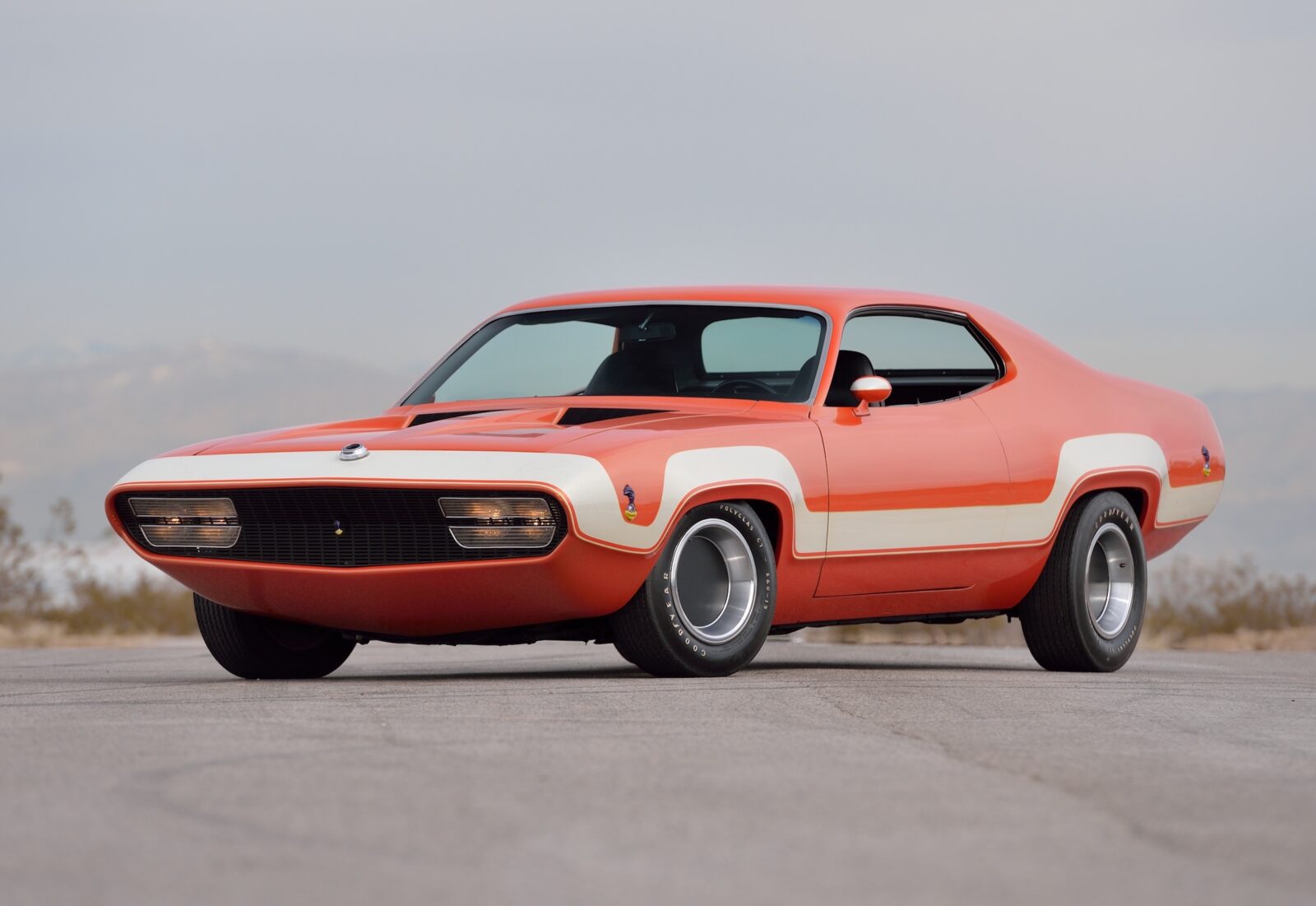 This is the 1971 Plymouth Road Runner Rapid Transit, it’s the only one ever made and today it stands as a high watermark for American concept muscle cars of the early 1970s.

The Road Runner was developed alongside three others – a 440 Cuda, a 340 Duster, and a Hemi Cuda that was built as a replica of Don “The Snake” Prudhomme’s drag racing car. Rather than being standard motor show concept cars, they had been created specifically to be a part of a travelling show called the 1971 Rapid Transit System Caravan. 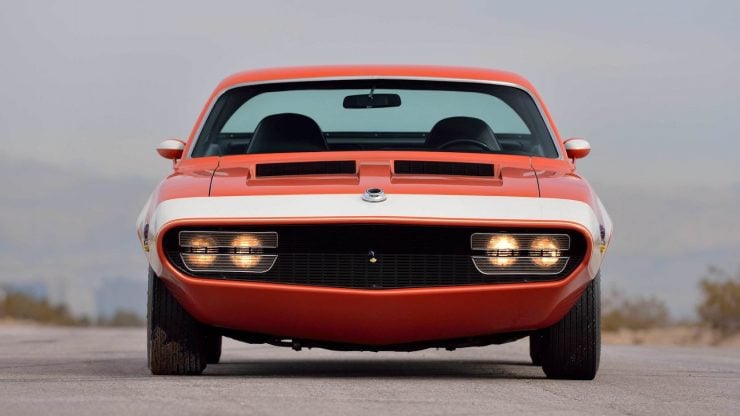 There had been a 1970 version that had proven to be hugely popular, and so it was turned up a notch for 1971. The cars were all transported by a 1955 tractor-trailer which had been painted yellow and carried the Rapid Transit System and “Plymouth Makes It” logos emblazoned down both sides.

The Rapid Transit System offered performance parts, decals, and how-to guides for Plymouth owners to assist them in making their cars as quick as possible. Performance parts included hot cams, performance headers, carburettors, special wheels, and a range of other parts.

Information packs were available to teach Plymouth owners how to tune, modify, and set up their cars for the best straight line speed and cornering ability. It’s difficult to imagine the legal ramifications of automakers offering upgrades like this nowadays for owners to install themselves at home, but the 1970s was a far less regulated environment (for better or worse). 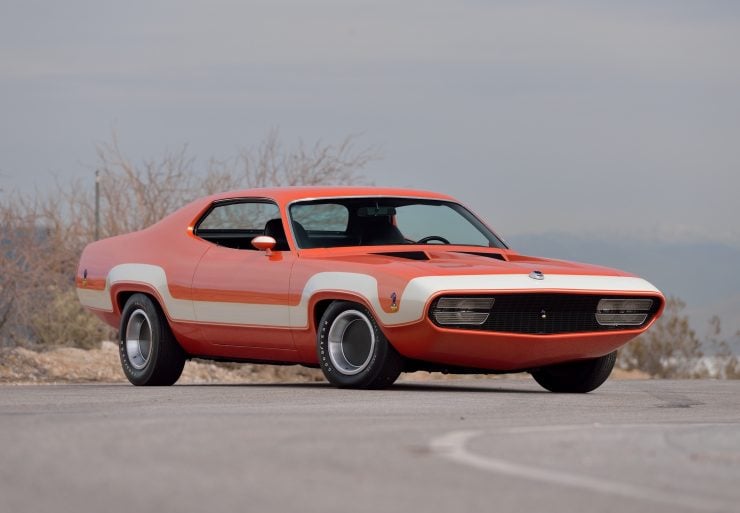 The 1971 RTS Caravan included the car shown here, a bespoke custom Plymouth Road Runner, as well as the aforementioned 440 Cuda, a 340 Duster, and Hemi Cuda drag replica. The Caravan also included a a 27 minute film showcasing the history of American drag racing, obviously with plenty of highlights of Plymouth’s racing accomplishments thrown in for good measure.

The Caravan also included two cut-away performance engines to show the internal workings, with information boards to explain the engines and their superior Plymouth engineering. A large display board of performance parts also toured with the Caravan, to show off the performance parts on offer.

In 1971 the RTS Caravan toured the country from coast to coast, making over 100 stops at dealerships, races, and car shows. It was a huge hit with attendees and led to the sale of countless Plymouths, just as the executives had hoped. 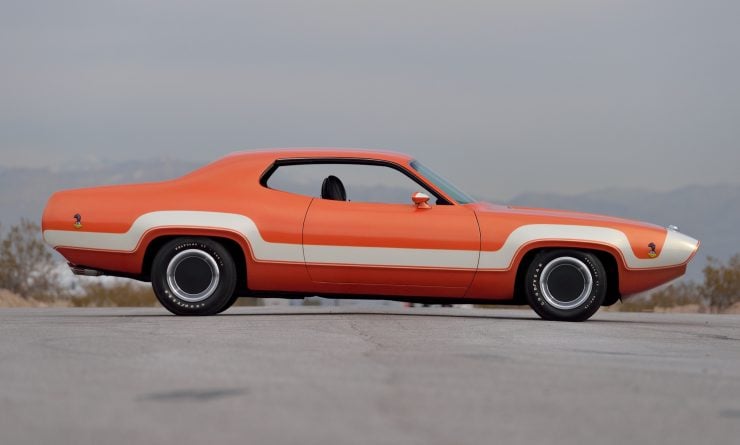 The car you see here was widely considered to be the highlight of the 1971 show cars. It was built by Chuck Miller of Styline Custom for Chrysler in 1970 and it’s characterized by its one-off body modifications including a unique front end that extended the car by 6 inches, twin hood scoops, and a tail with an unusual integrated spoiler.

Quad headlights are situated behind a steel grille with integrated headlight covers, and there are 3D vacuum-formed translucent custom Road Runner heads on each corner of the car, which led to the nickname “The Chicken Head Car”.

The styling of the Road Runner Rapid Transit including its fantastic new bodywork, unusual wheels, and its unique livery has ensured that it’d stayed a favourite with muscle car enthusiasts for decades. Now for the first time in recent memory the car is coming up for public sale with Mecum in mid-May. 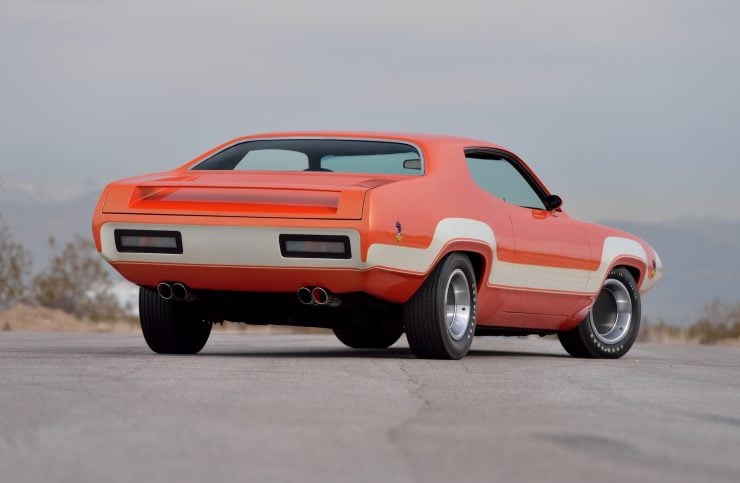 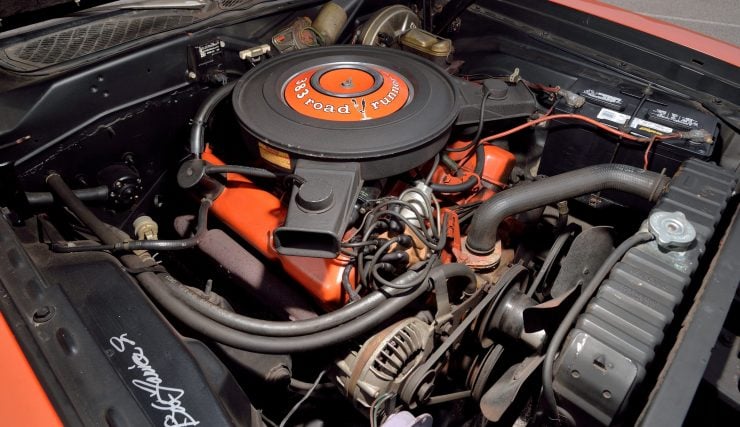 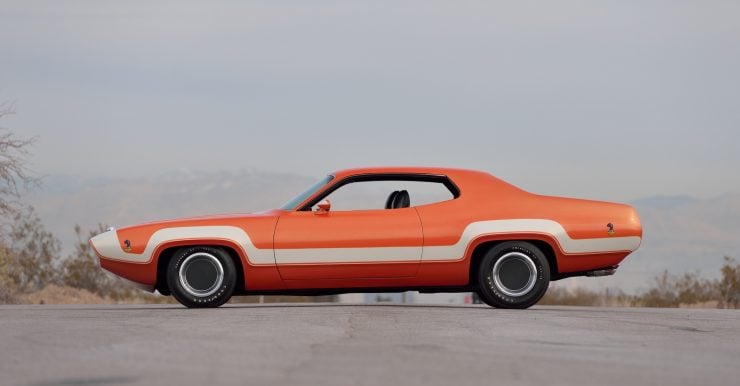 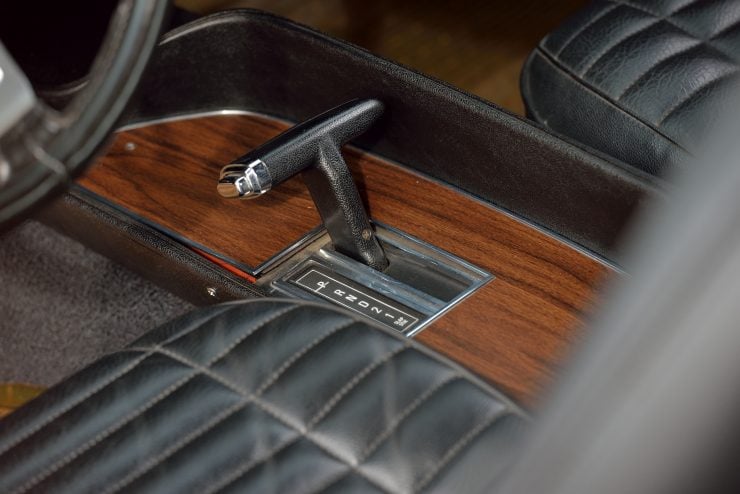 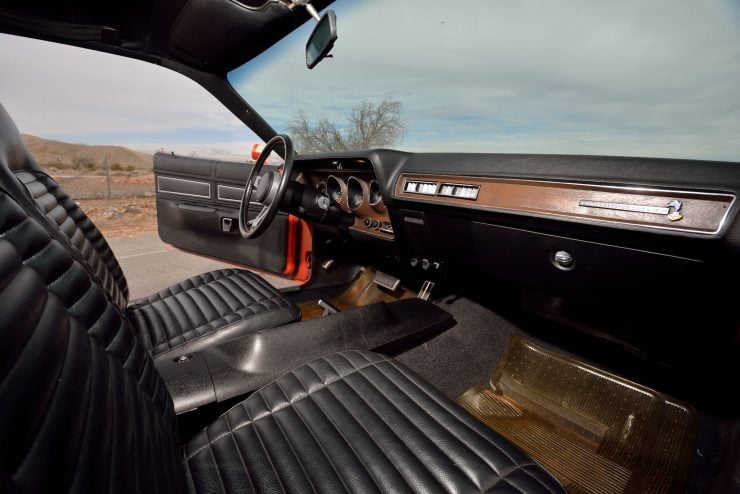 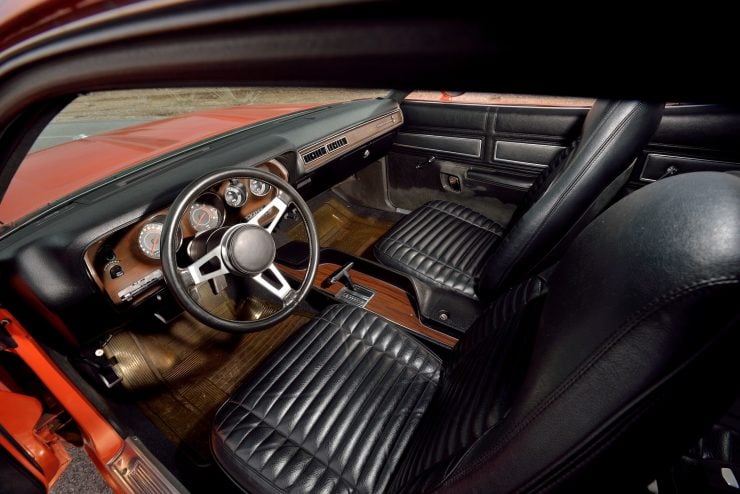 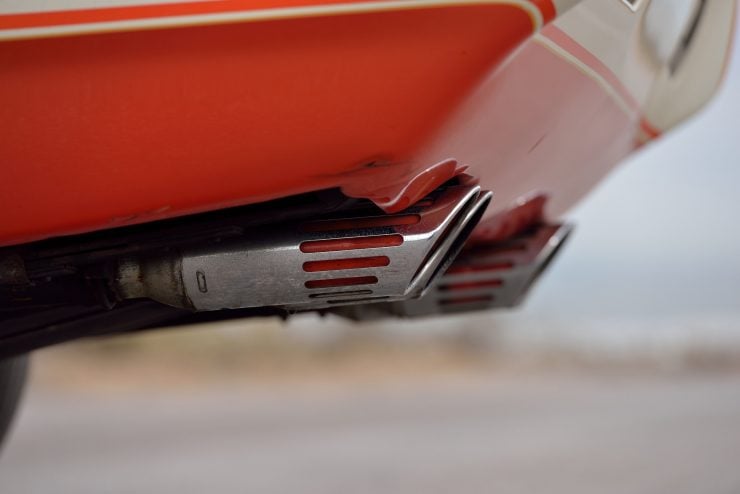 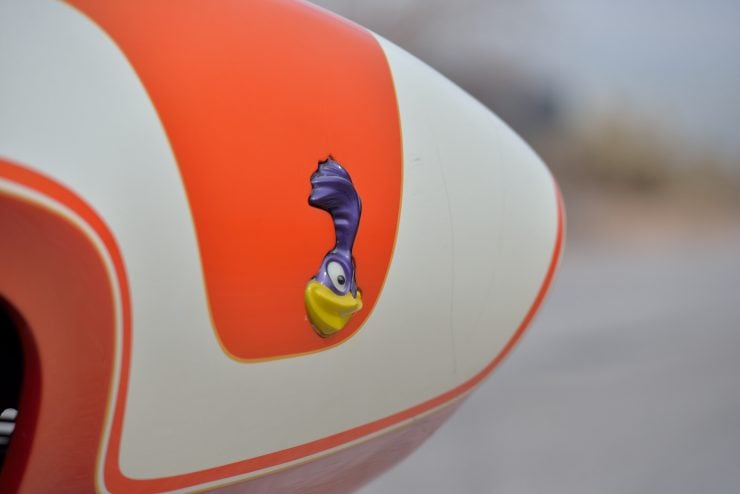 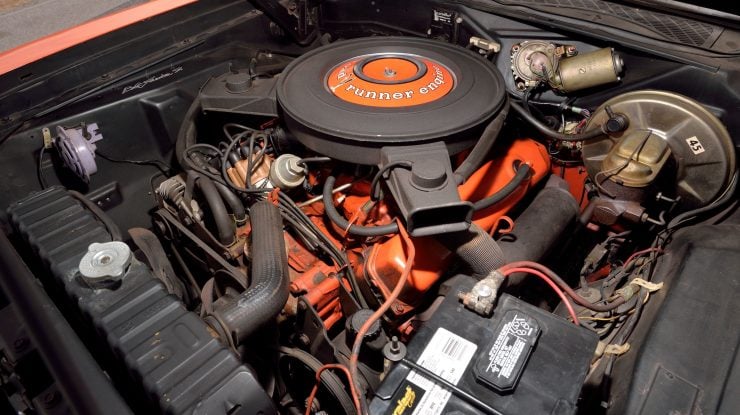 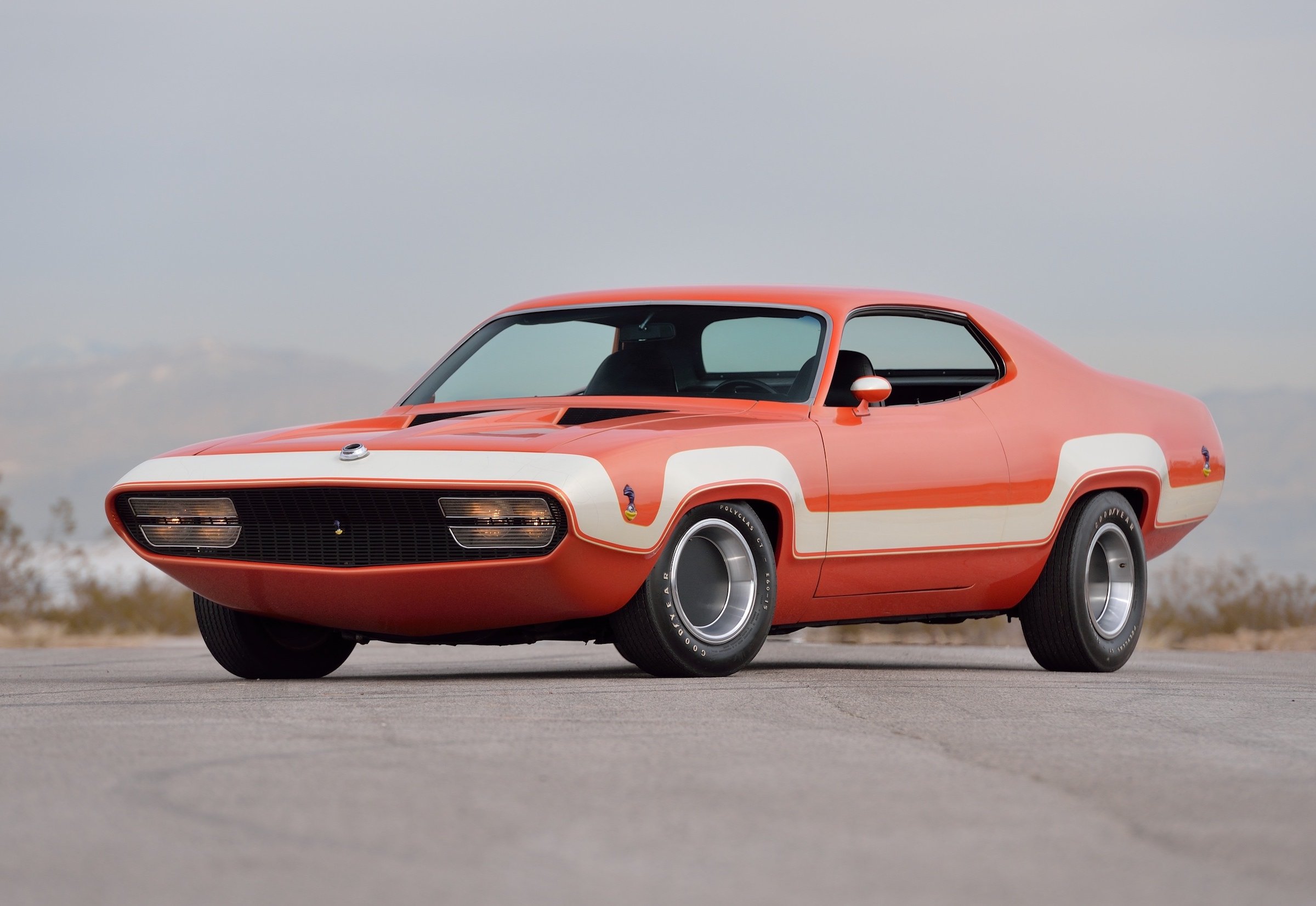