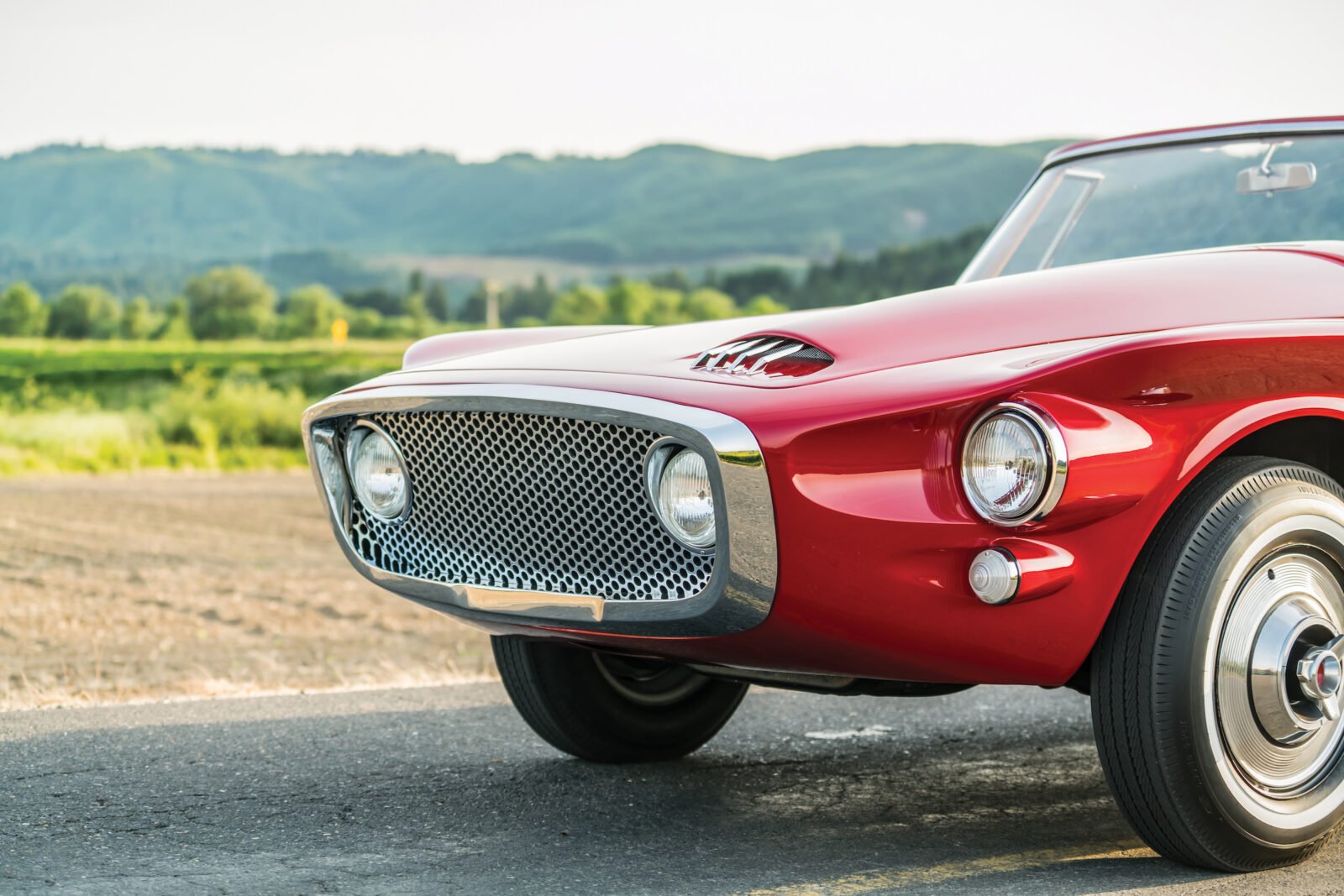 The Plymouth Asimmetrica Roadster was designed as a production car, despite its concept car looks – it was initially planned that 25 would be made, however just two were completed by the time production ceased.

The Asimmetrica was based on the futuristic Plymouth XNR that had been penned by one of the most important American automobile designers of the 20th century – Virgil Exner. The Plymouth XNR was co-developed with the Italian coachbuilding firm Ghia, the car’s name was a hat-tip to its designer – “XNR” sounds like “Exner” when said aloud.

Virgil Exner was the godfather of jet-age cars, a great proponent of fins and aerospace-inspired design, he would lead the charge from the 1940s into the 1950s, designing many of the most iconic cars of the time along the way.

The Plymouth XNR would be Virgil’s last great unabridged design before leaving the company, and he went all-out. The XNR is a visual feast of curves, planes, fins, and chrome – it was pure unadulterated jet-age styling, the team at Ghia liked it so much they decided to bring a road-going version of the car to market – the Asimmetrica Roadster. 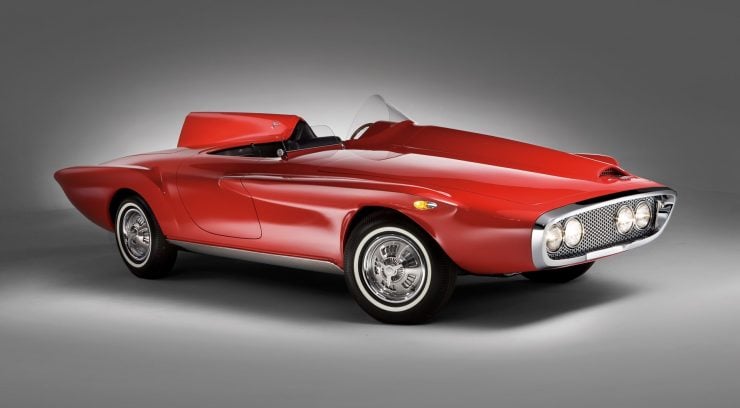 Above Image: The Plymouth XNR

The Asimmetrica Roadster was based on the same Plymouth Valiant platform as the XNR, utilizing the slant six engine and the Hyper-Pack features – cast-iron split headers and a Carter AFB carburetor, similar to the NASCAR Valiants.

The design of the Asimmetrica was a tempered, more user-friendly take on the XNR concept car, with a folding top, a full windshield, a less prominent D-Type-style fin behind the driver, and door handles.

The headlights of the original design were moved from inside the grill to the front fenders, and the indicators that had originally been fitted to the wings were moved down to a more traditional location under the headlights.

Inside, the Plymouth Asimmetrica Roadster was opulent by the standards of its time, with full leather upholstery, rich carpeting, a wood rimmed steering wheel, and polished chrome accents throughout. 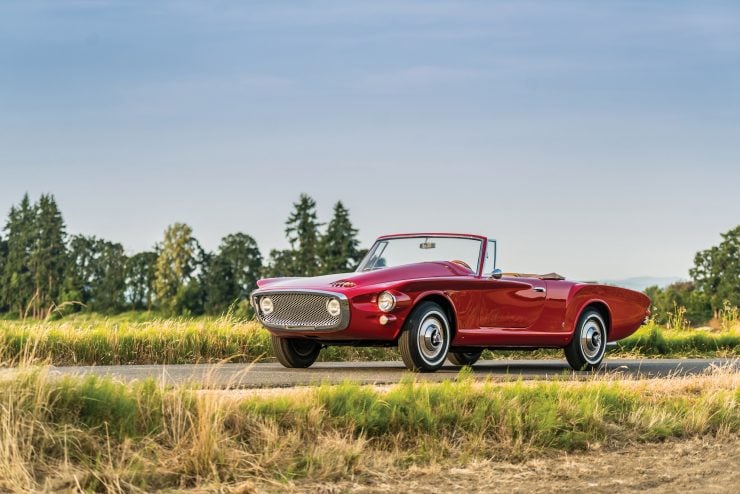 The car was first shown to the public at the Turin Motor Show in 1961, where it was seen by Georges Simenon, the acclaimed French author of the Maigret detective novels. It was love at first sight for Simenon and he wrote a cheque to Ghia on the spot to buy it, on the condition that it would be delivered immediately after the show ended.

He remembered the encounter in his memoirs:

“On the Chrysler stand I am struck by a splendid flame red car, with a new and unseen line. I am fascinated by the model and address the seller, who introduces me to the famous Italian coachbuilders Ghia, the creator of this exclusive model. The price is shocking, but . . . I buy it for (my wife) Denyse; I sign a check and Ghia promises to deliver the car immediately after the show closes.” – Georges Simenon

Over the intervening decades the Asimmetrica would pass through a limited number of hands before it was carefully restored to original specification in 1989/1990, after which it was displayed at the Pebble Beach Concours d’Elegance in 1990.

Since 2000 the car has belonged to a private collector in the Pacific Northwest who has only publicly shown it very rarely, preferring to drive it and enjoy it as part of a very exclusive collection.

The Asimmetrica is now due to be publicly sold for the first time in almost 20 years at the RM Sotheby’s auction in Monterey on the last weekend of August. If you’d like to read more about it or register to bid you can click here to visit the listing. 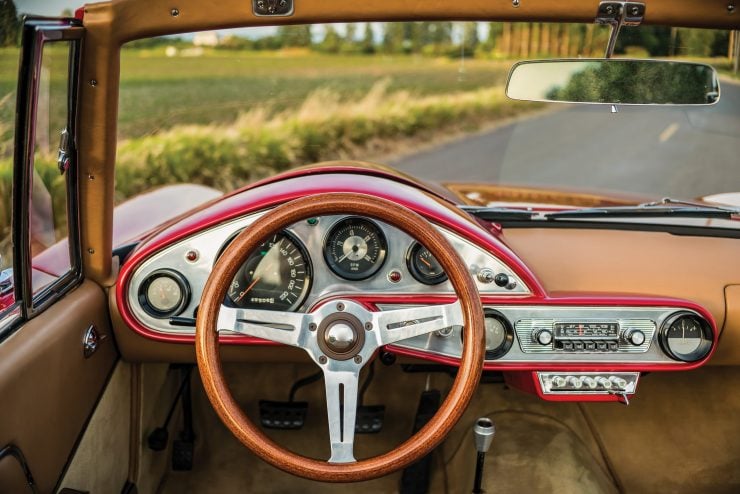 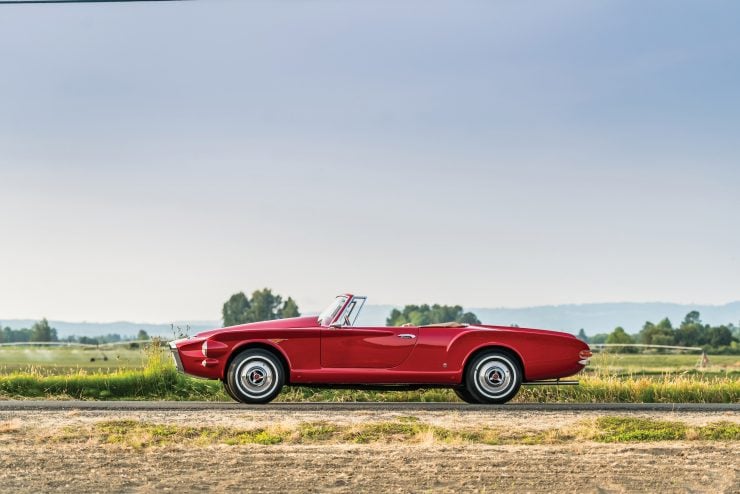 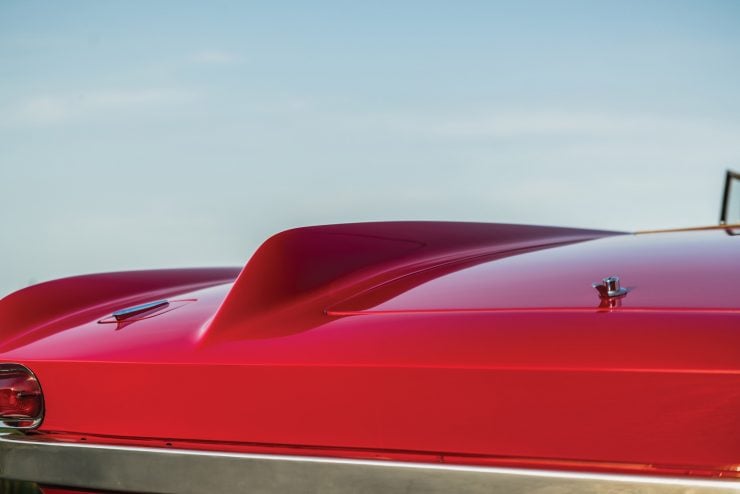 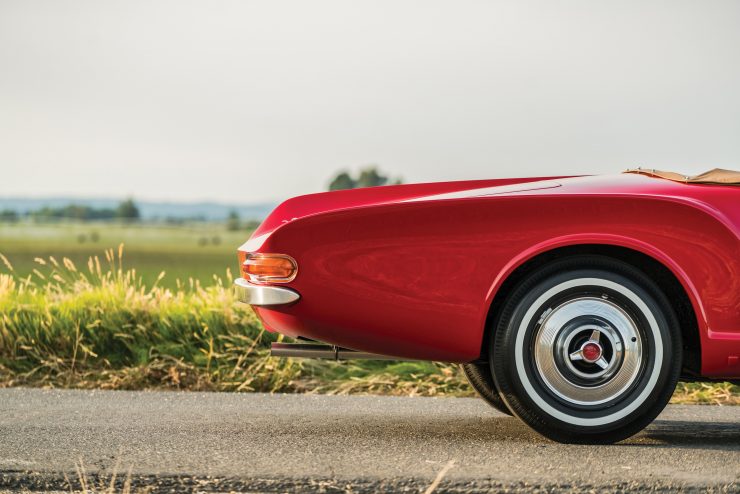 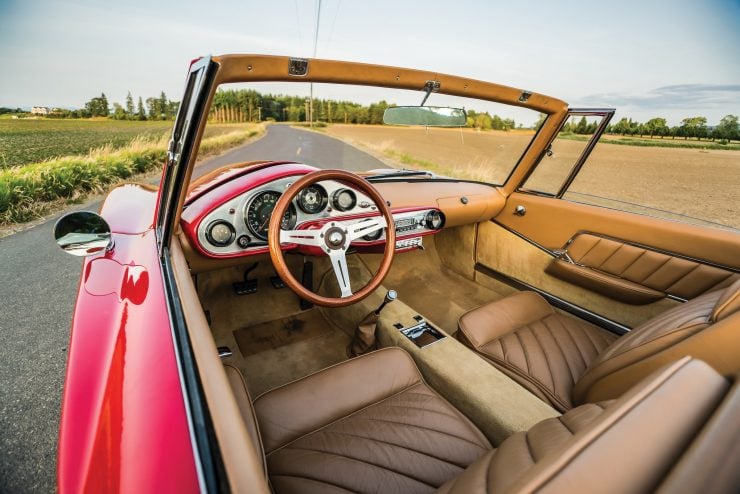 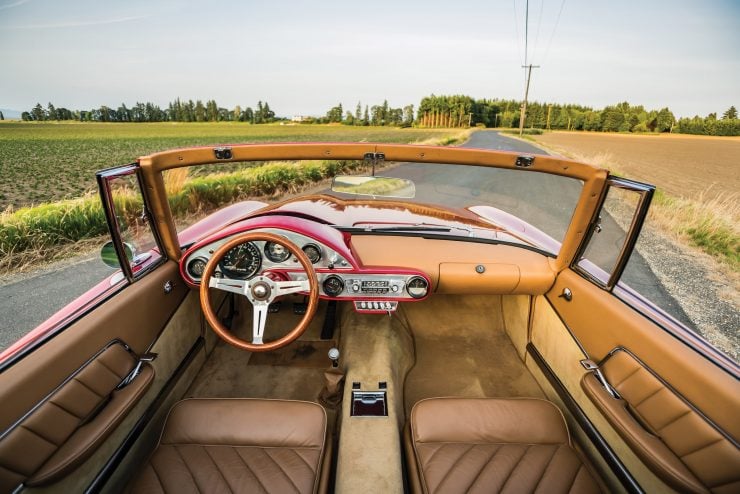 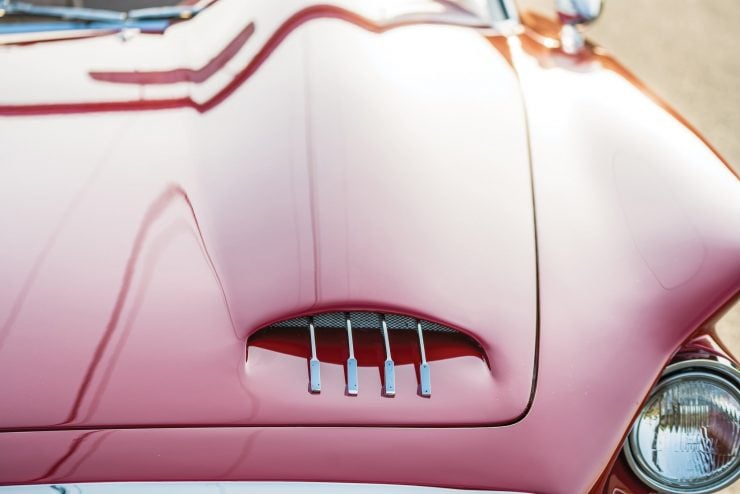 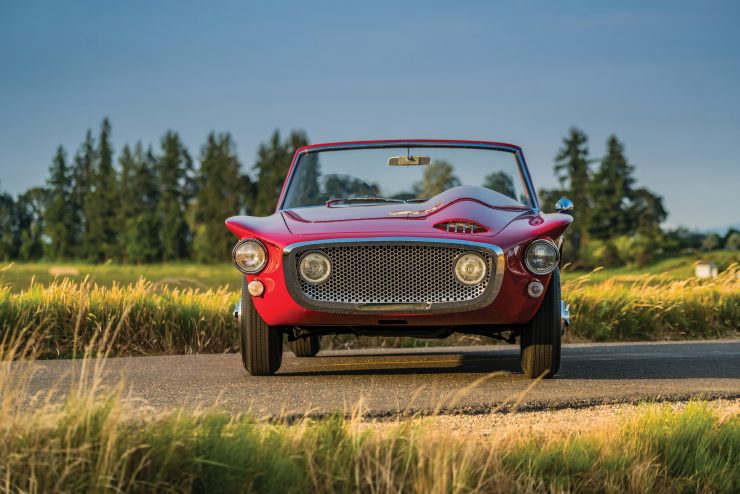 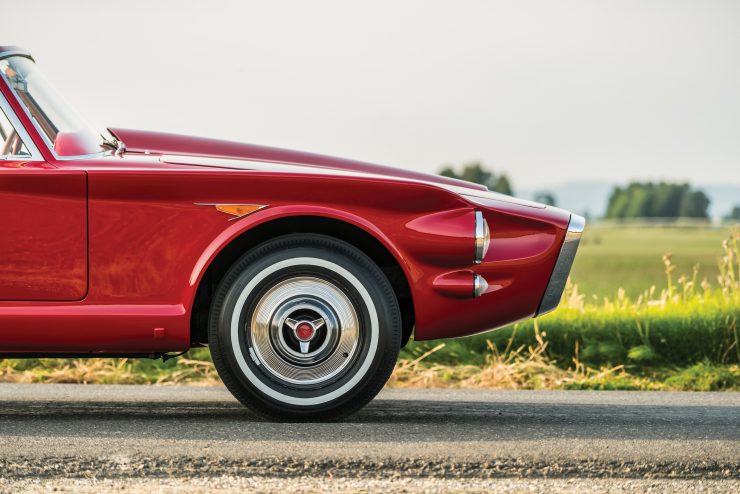 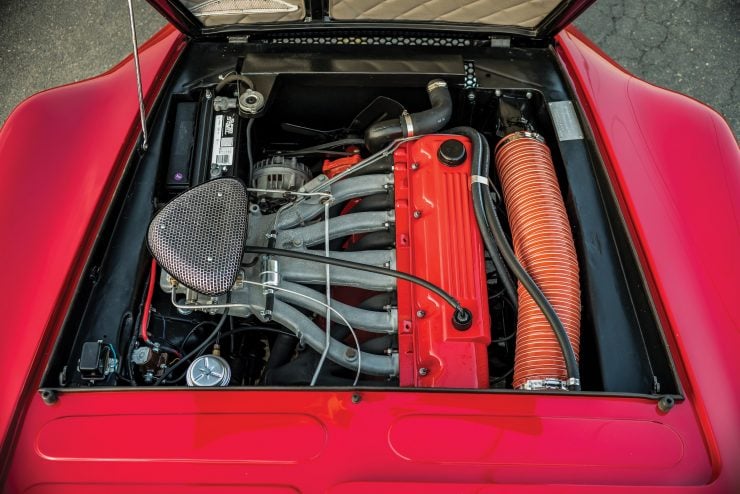 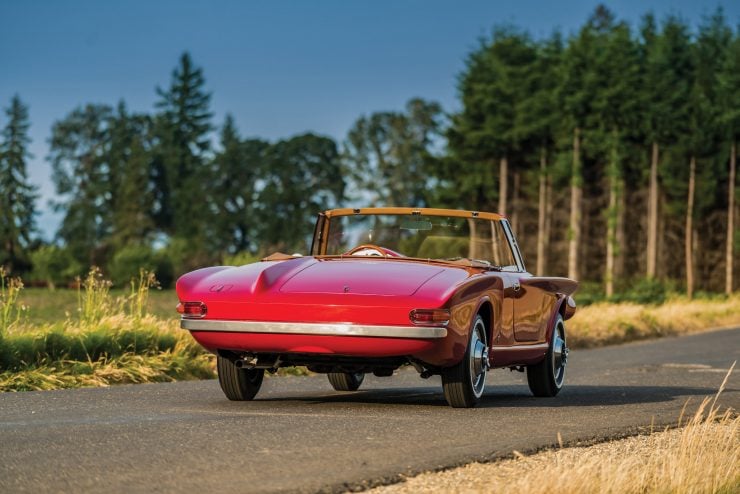 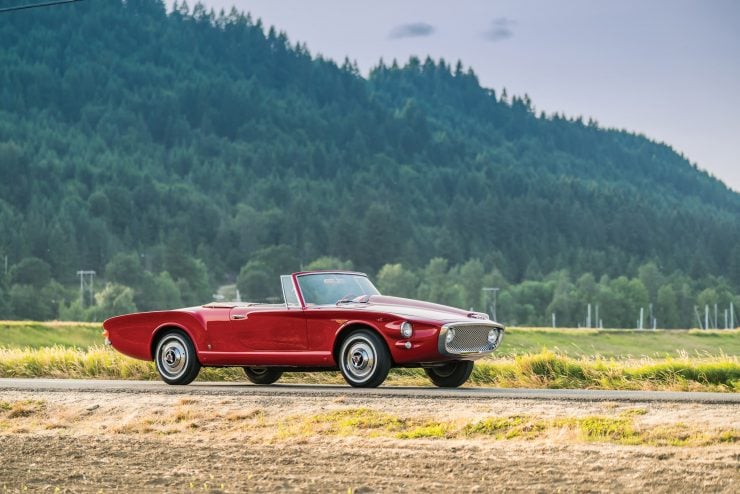 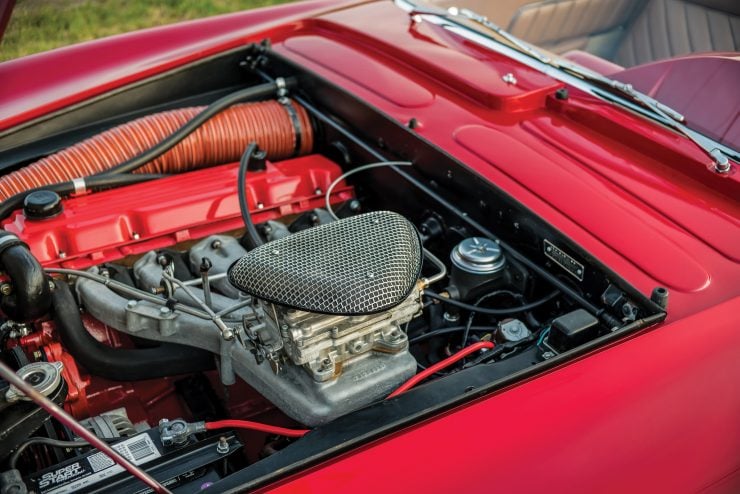 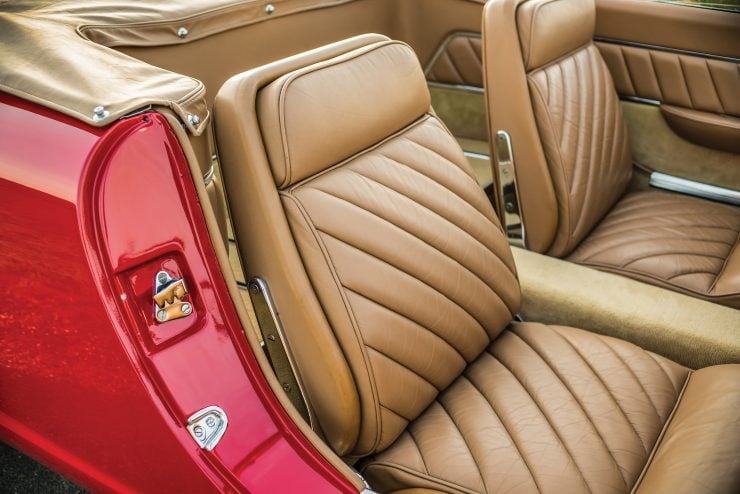 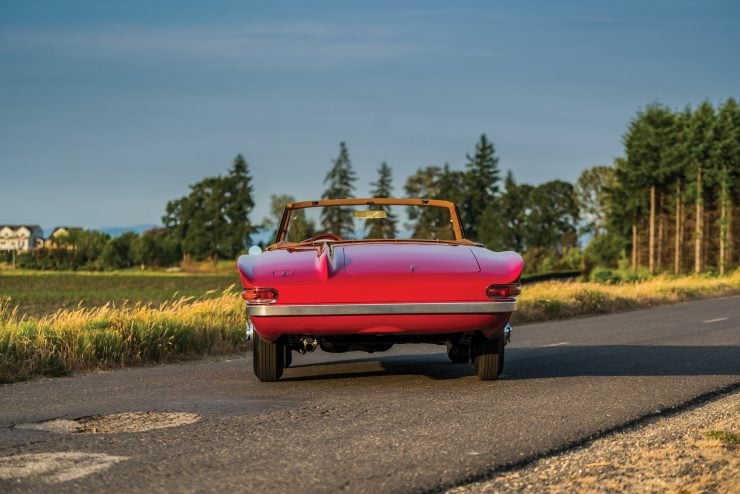 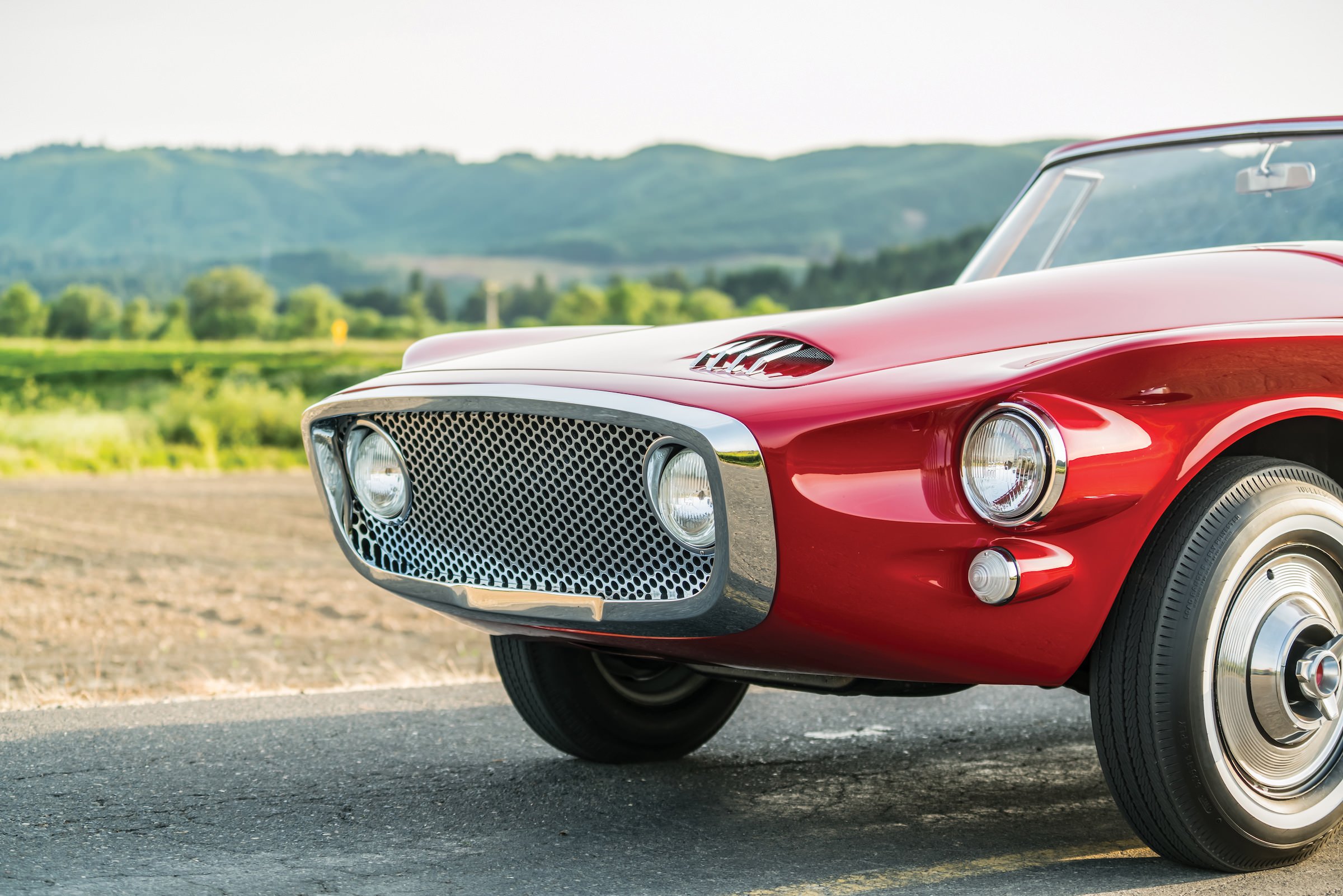