This film was produced for Chrysler to show off their new proving grounds in the mid-1950s. The film was made by Wilding Picture Productions, and it shows an exceedingly elaborate testing facility including an expansive enclosed space capable of housing dozens of cars at a time. The testing regimen was surprisingly complex, and it’s safe to say the test drivers earned their pay.

Chrysler’s Chelsea Proving Grounds is Located at 3700 South M52 in Chelsea Michigan, just 60 miles west of Detroit. The 3,800-acre Proving Grounds is one of the largest, most modern automotive test sites in the world. Dedicated on June 16, 1954, its roads and facilities have been improved and expanded continually to keep pace with product offerings and testing techniques. 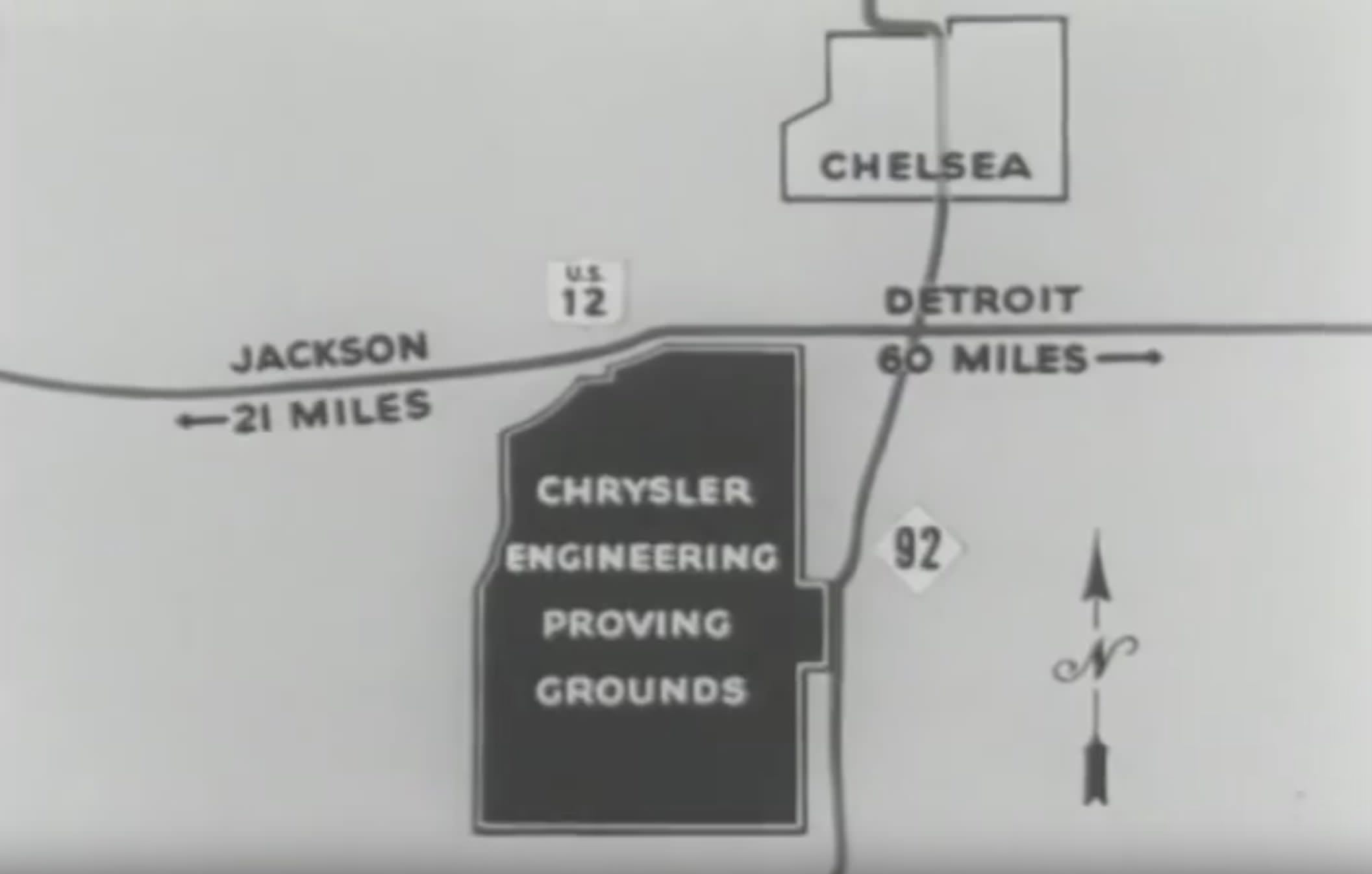