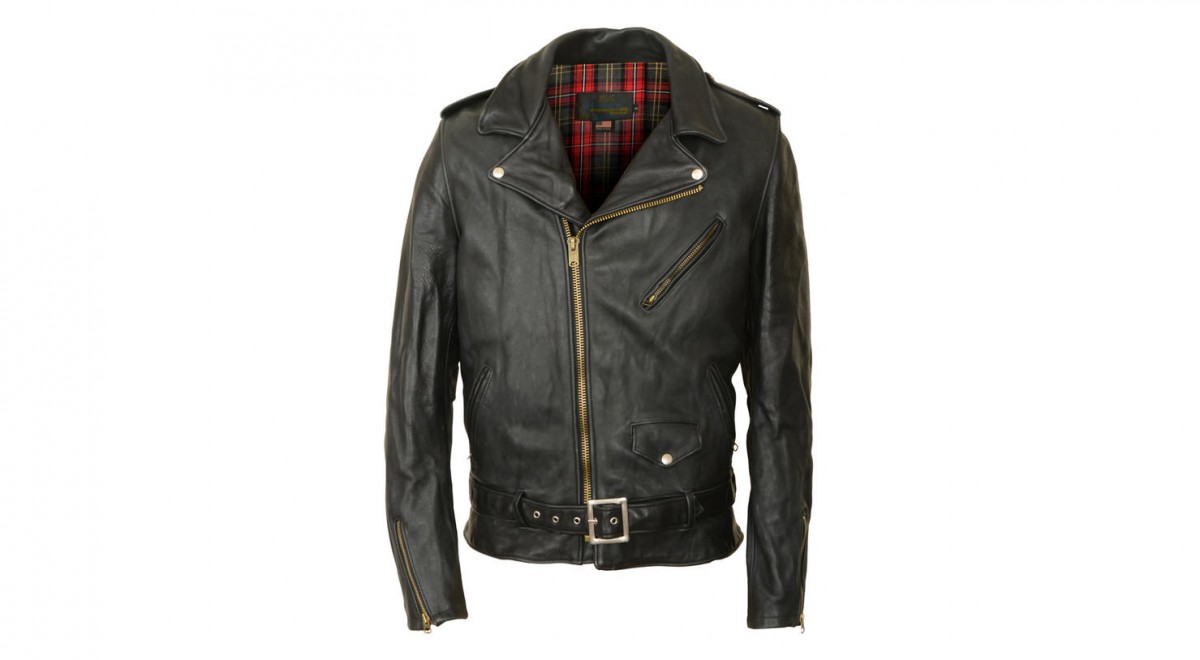 I don’t think there’s a motorcycle jacket quite as iconic at the Schott Perfecto, it was made famous by Marlon Brando in the 1953 film The Wild One and since then it’s been an essential wardrobe item for anyone with a motorcycle parked out in the garage.

The Perfecto Asymmetrical Motorcycle Jacket is a reissue of the original vintage Perfecto, with mismatched brass and nickel-plated hardware sitting on thick vintaged cowhide. As with all the jackets in the Perfecto line, the Asymmetrical has a belted waist and a collar that can be flipped up and zipped to the neck for high-speed riding.