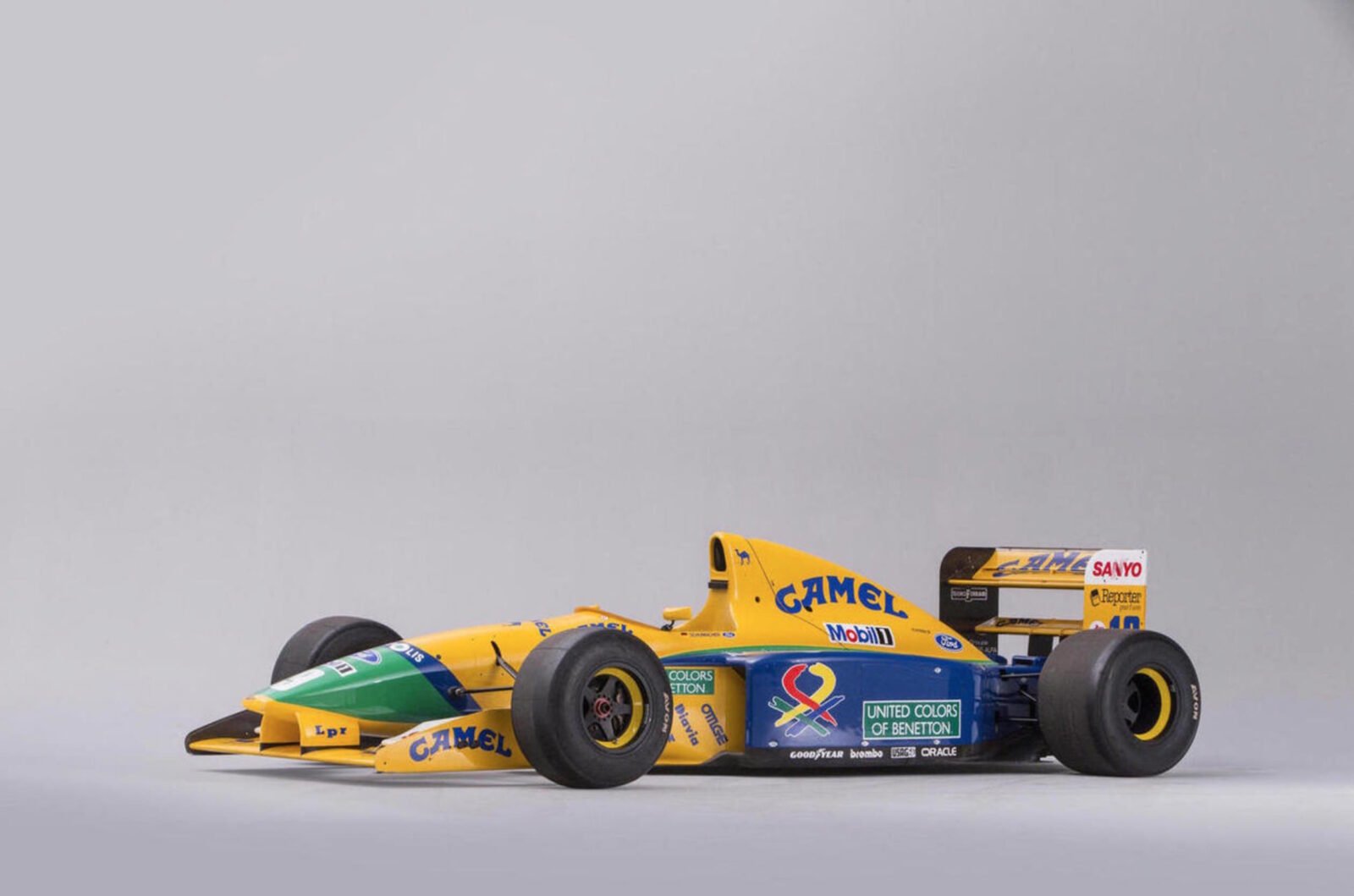 It sometimes surprises me how inexpensive it can be to buy a fully functioning Formula 1 car, although I know £240,000 to £300,000 isn’t exactly cheap it also isn’t stupid money for a car that was Nelson Piquet’s last Formula 1 car before it was assigned to a young Martin Brundle and an up and coming German chap by the name of Michael Schumacher.

The Benetton-Ford B191/191B was designed by legendary engineer John Barnard, the man who designed the McLaren MP4, the first of the paddle-shift Ferraris and the Indianapolis 500 winning Chaparral 2K. Interestingly, Barnard-designed cars invariably won at least one race in their first season right the way through his career and his technical brilliance is still evident in modern Formula 1 cars – all of which use technologies first implemented in Formula 1 by the Englishman.

Michael Schumacher is probably the most famous man to have driven this particular car, although both Martin Brundle and Nelson Piquet would come a close joint-2nd. Schumacher scored his first ever podium finish (3rd) in this chassis at the 1992 Mexican Grand Prix in Mexico City and as I mentioned above, Piquet piloted the car in his last ever appearance in a Formula 1 event at the 1991 Australian Grand Prix in Adelaide.

Though Martin Brundle may now be more famous as the voice and face of Formula 1, he raced this chassis in his first ever outing for Benetton at the 1992 South African Grand Prix, he qualified 8th on the grid but was forced to retire due to a transmission failure. This wouldn’t be the only gearbox related issue with the Benetton-Ford B191/191B and it often took a significant amount of fiddling to get the ratios right on race weekends.

The car is powered by the 72-degree Ford HB V8 with a cubic capacity 3,494cc and a compression ratio of 12.0:1, when in full race trim the engine revved to 13,800rpm and developed 730bhp. The advanced carbon-composite monocoque chassis weighs in at 38kg (83.7lbs) and its currently wearing its original paint scheme – doubtless one of the most famous liveries of the ’90s.

If you happen to have £240,000 to £300,000 burning a hole in your trouser pocket and fancy picking up a significant piece of (fully functioning) Formula 1 history you’ll need to make your way to The Bonhams Bond Street Sale on the 30th of November 2014. 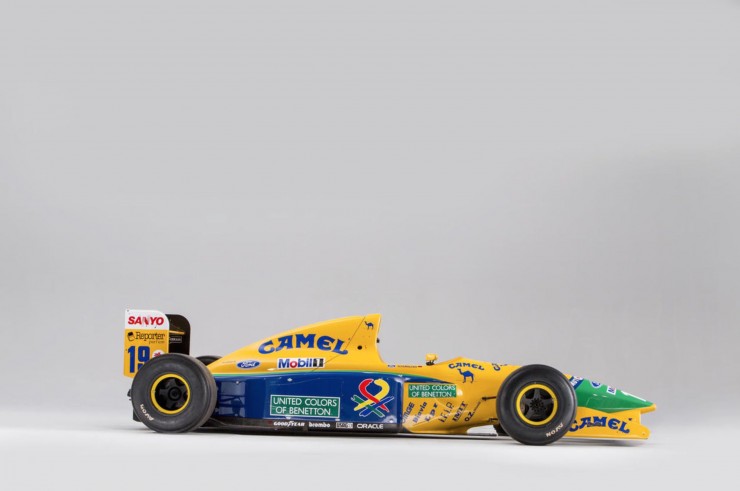 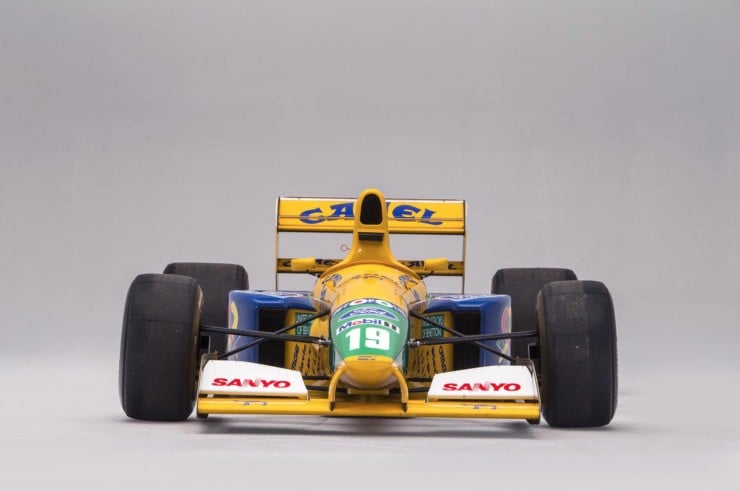 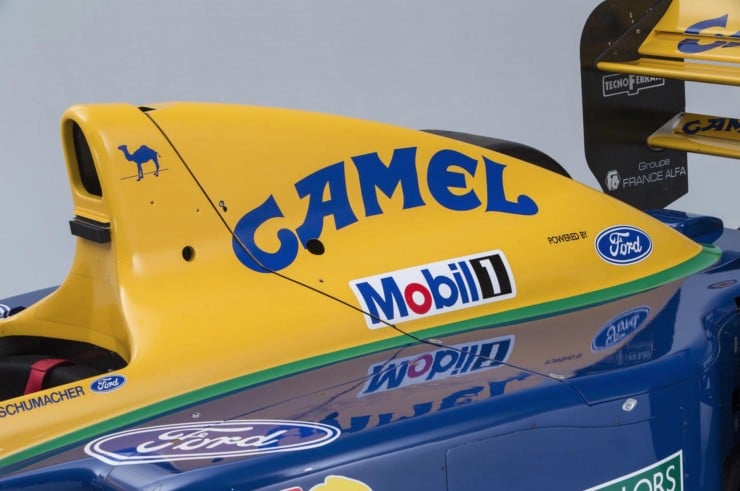 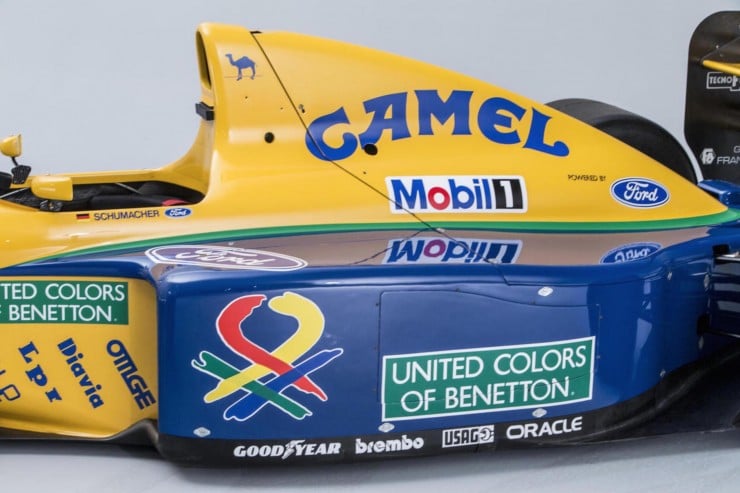 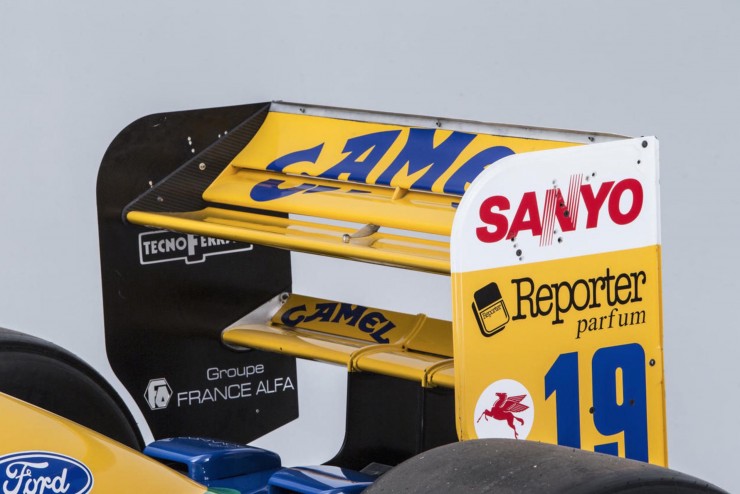 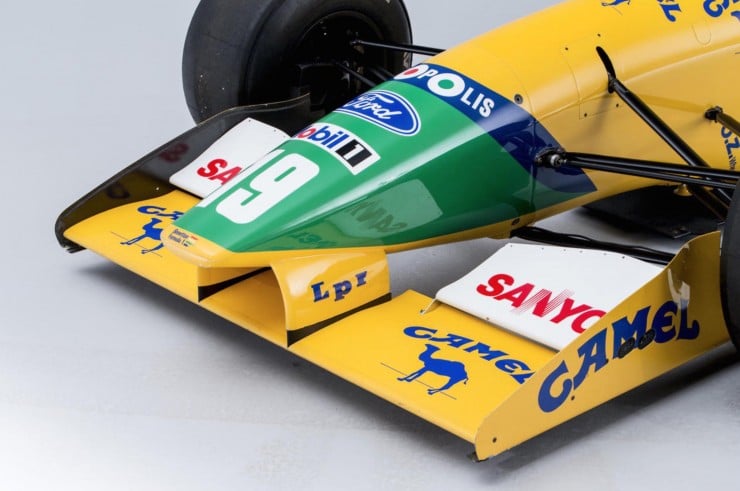 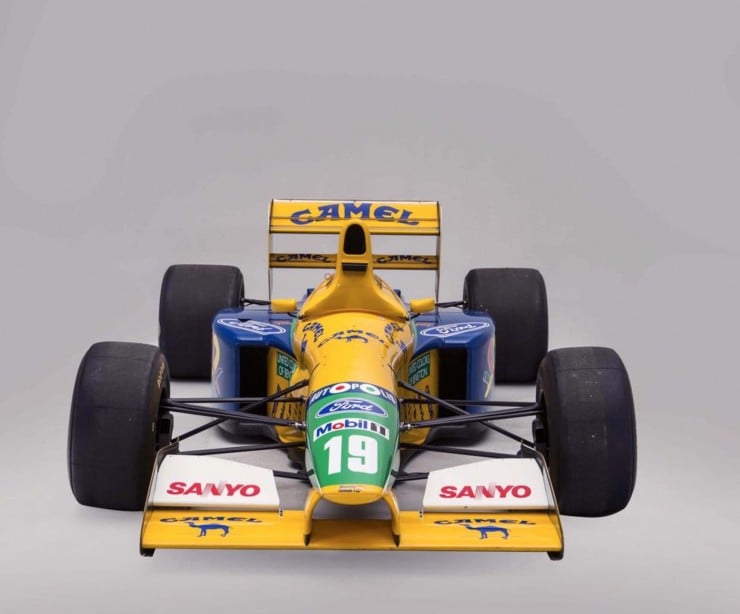 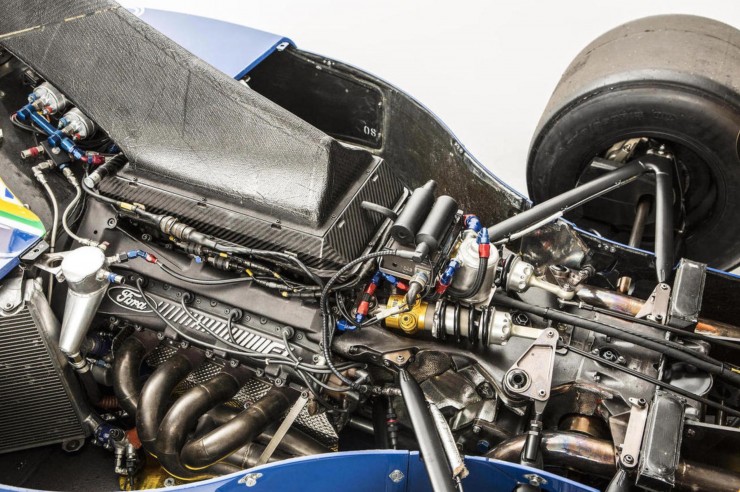 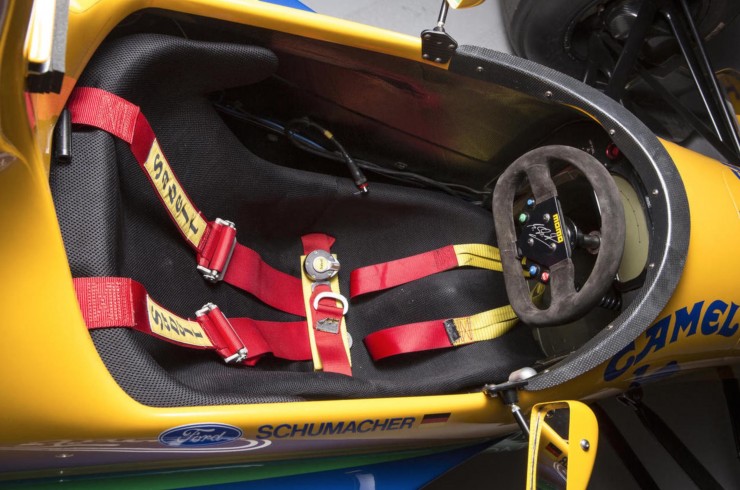 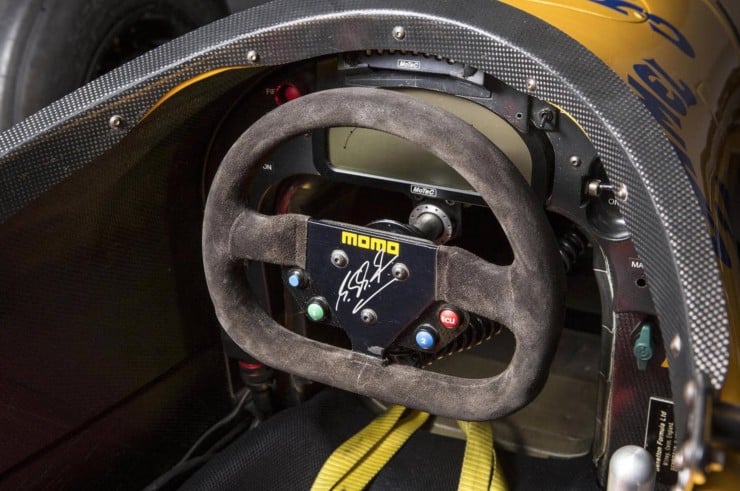 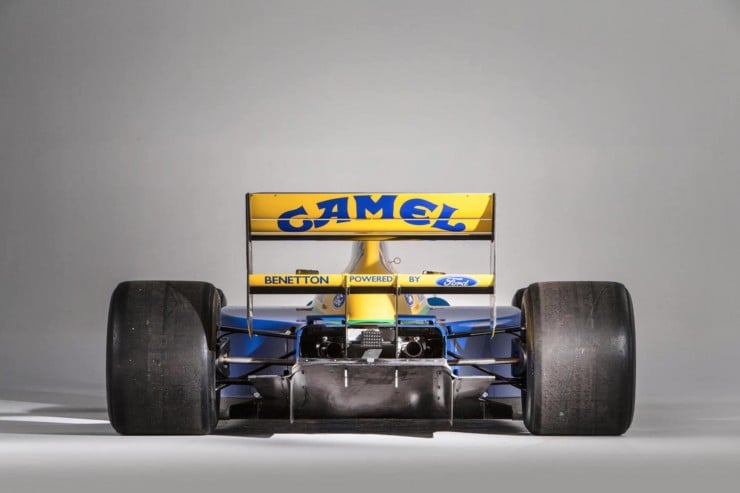 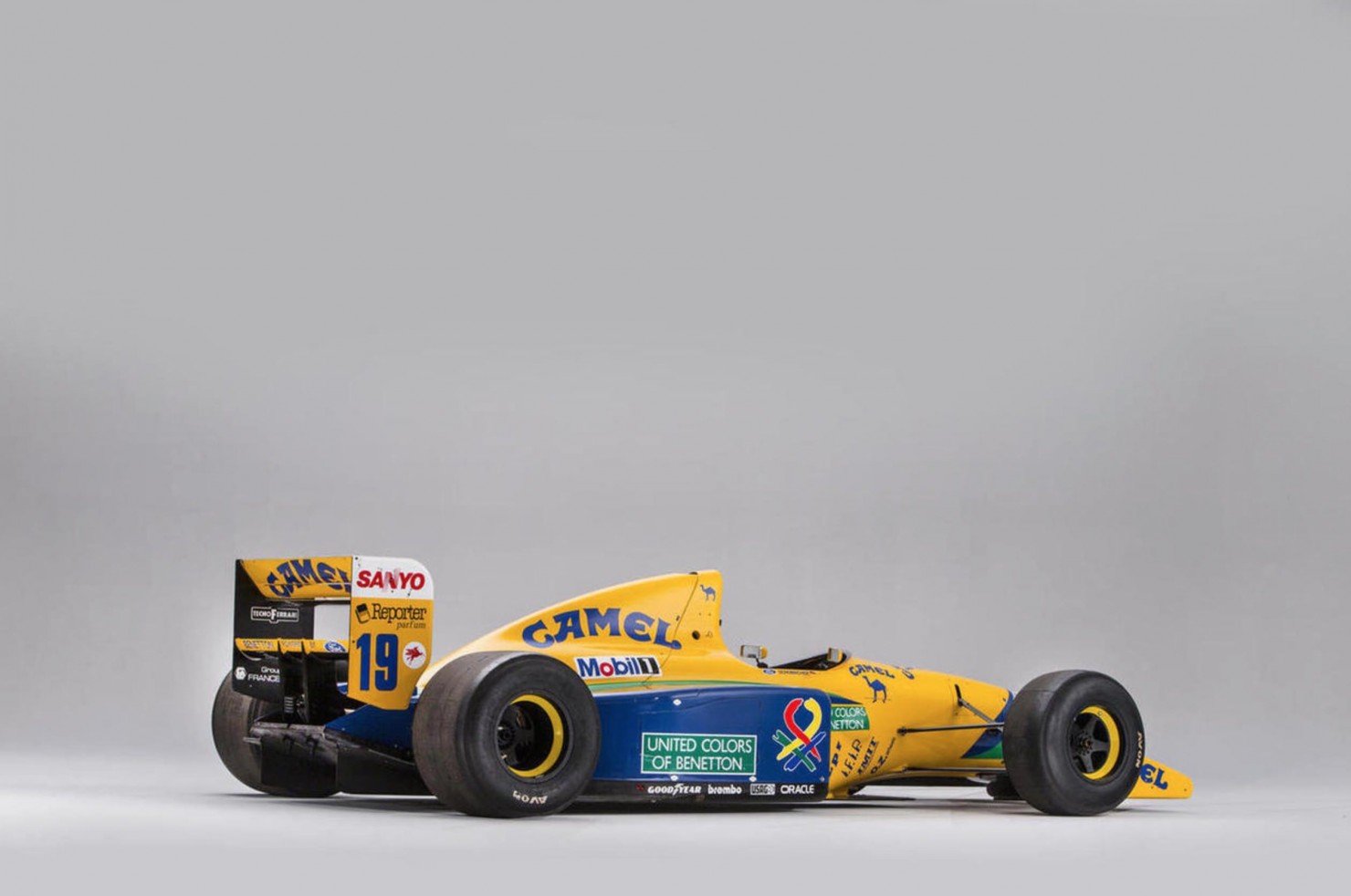 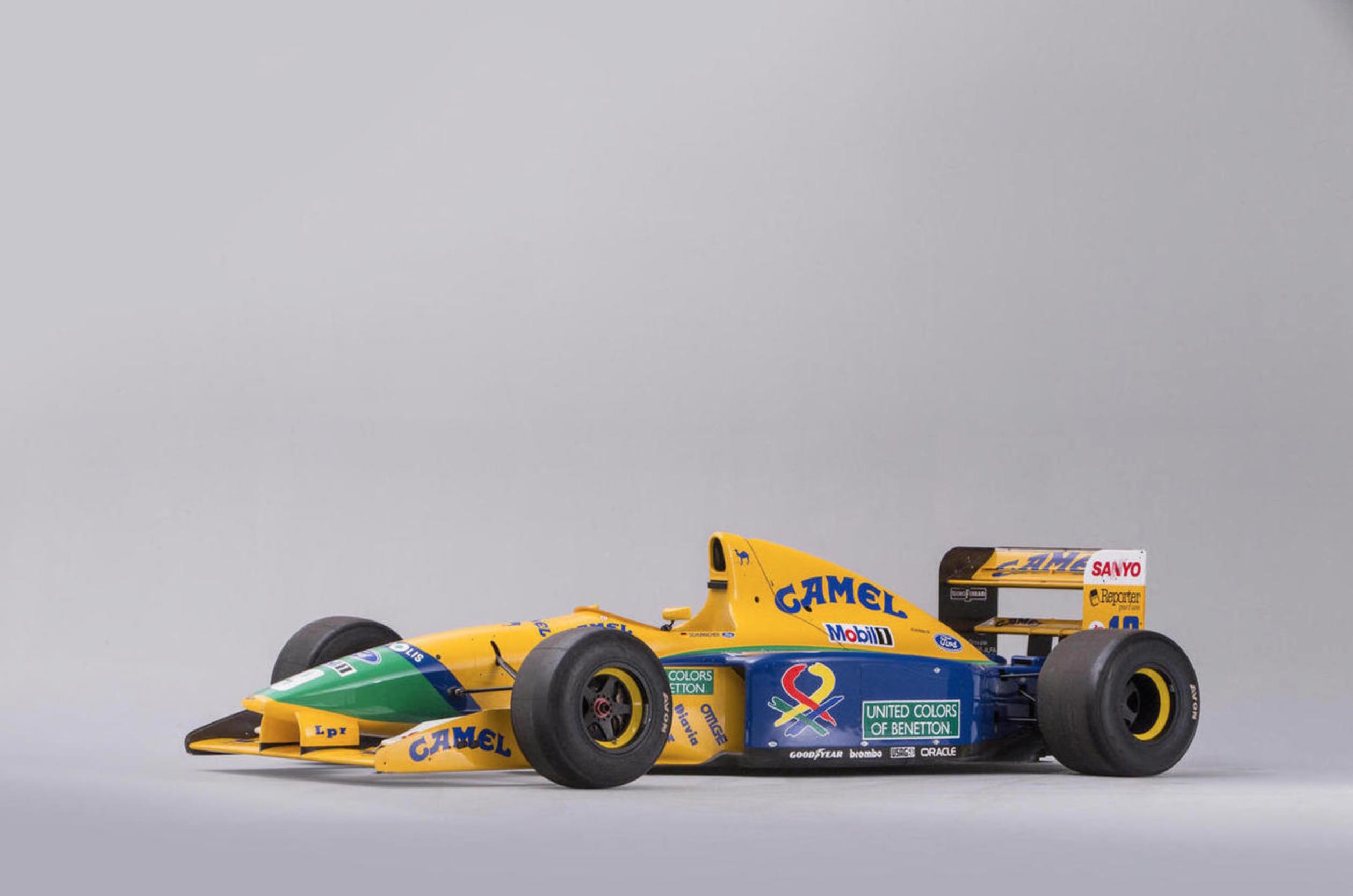 Facebook Twitter WhatsApp Email   This is the body cover, or the upper part of the body from the legendary Ferrari 641 (Ferrari F1-90)… 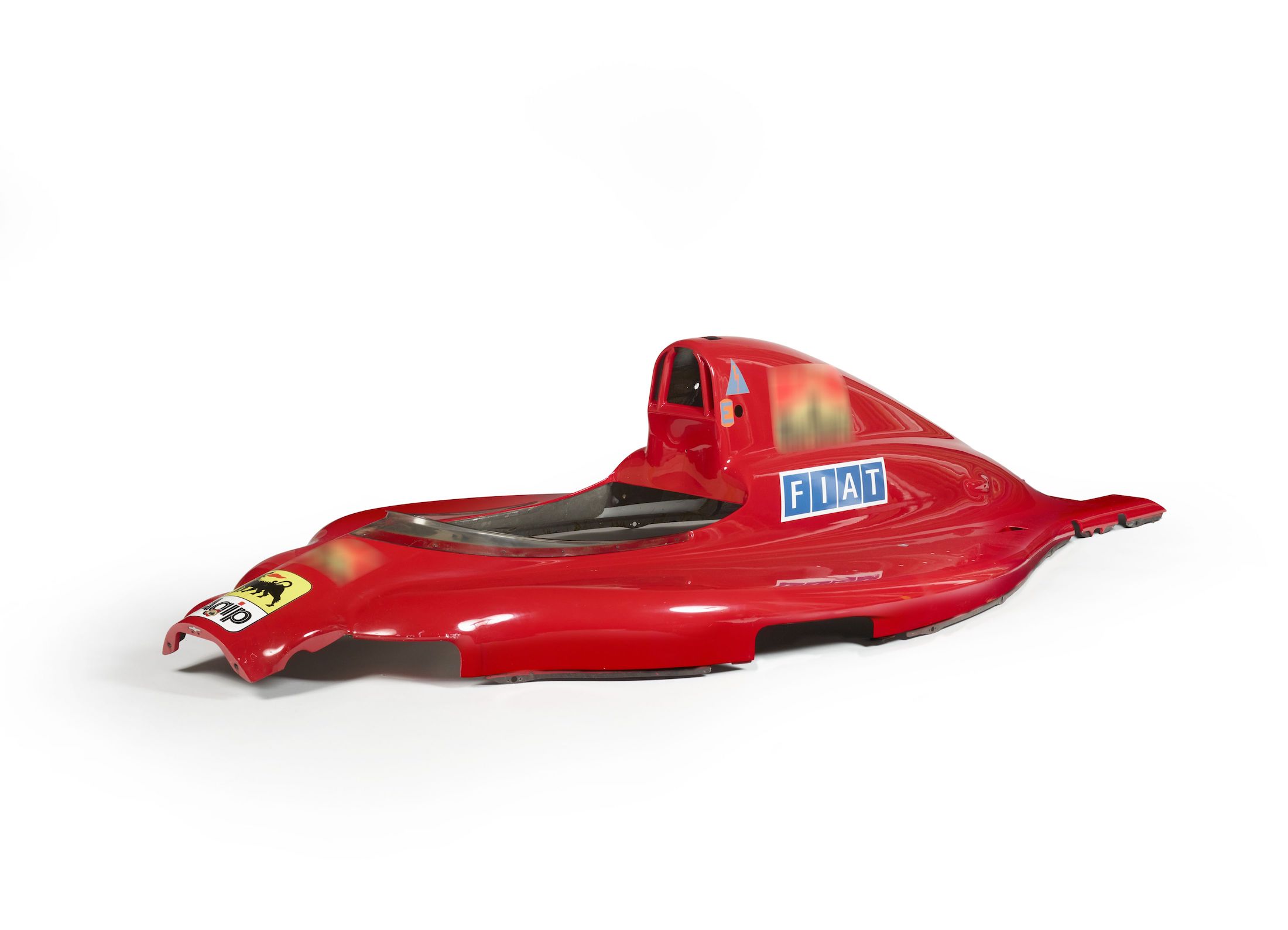 Facebook Twitter WhatsApp Email This 1970 Ford Mustang Boss 302 was personally owned and driven by Parnelli Jones, an icon of American racing and…

Facebook Twitter WhatsApp Email This is the front end of the Ferrari V8-powered Spice Engineering SE87C coupe, it was raced by David Tennyson in the IMSA…

Facebook Twitter WhatsApp Email This is an original 1969 Volkswagen Super Bugger, possibly the most unfortunately named vehicle of all time. I’ve never actually…