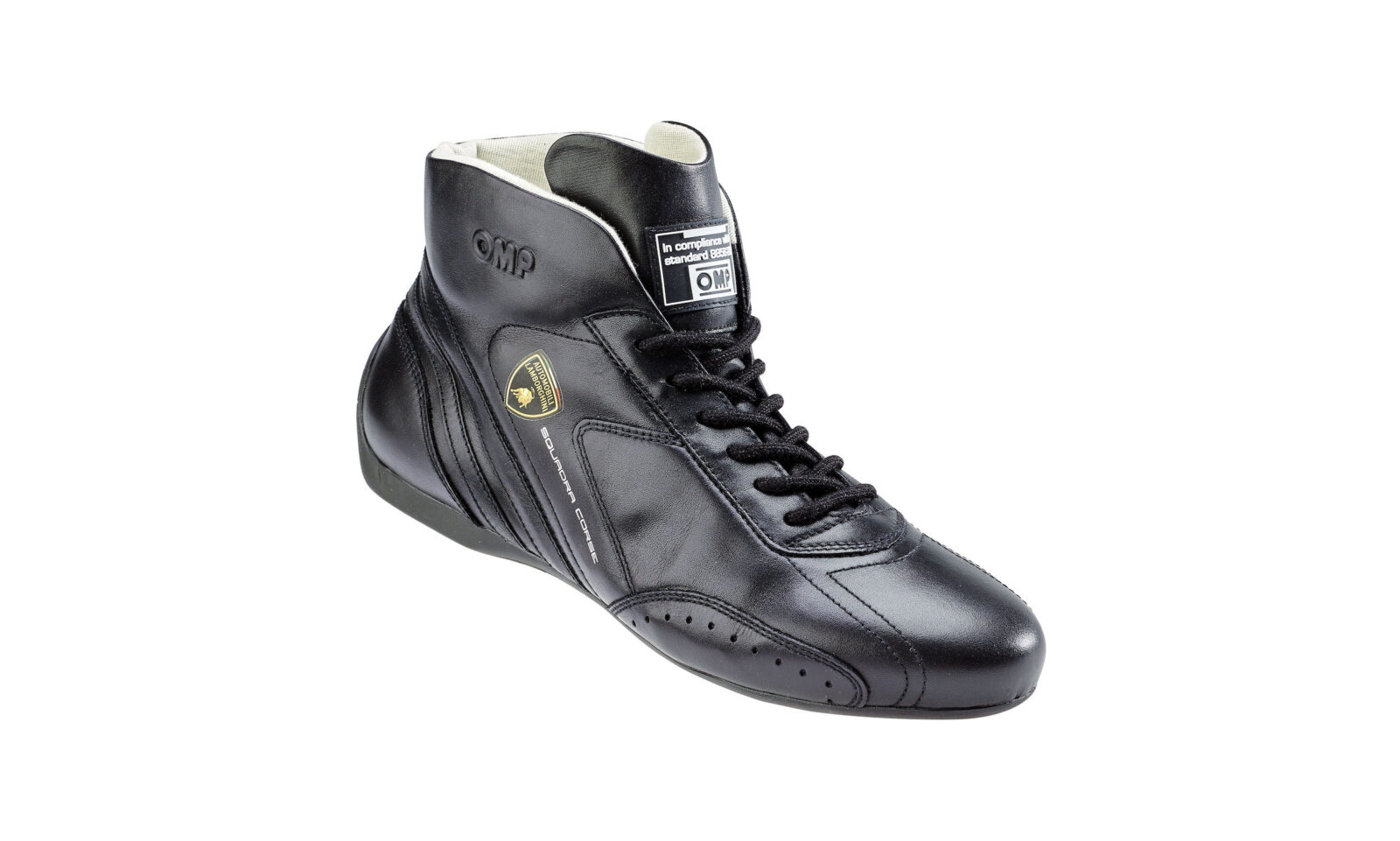 These are the OMP Carrera Low Race Boots made in collaboration with Automobili Lamborghini Collection, they feature OMP’s well-known Carrera boot with its fire-resistant FIA 8856-2000 approved Nomex liner, meaning they’re safe for everything from motorsports competition to amateur track days and spirited drives up Mulholland.

OMP has been in the business of making motor racing equipment since 1973, the company started out making roll bars for the Fiat 500. Originally called OMP Roll-Bars the company branched out into making performance exhaust systems and fire extinguishers, before beginning to manufacture racing suits in the early 1980s. The company’s famous yellow and black logo first appeared in 1985 and has only been changed slightly since.

The OMP Carrera Low Race Boots are made from a high-quality treated leather to give an ultrasoft feel with excellent durability, for safety they have a soft knit Nomex inner lining, and they have a handcrafted oil and fuel resistant sole with a tire tread design.

The sole of the boots has been specifically designed to transmit as much pedal feel as possible to the driver’s feet, and the heel has a rolled back design allowing the driver’s heel to rest comfortably on the floor of the footwell as they work the pedals.

OMP offer the boots in sizes from 4 to 13, and in any color you like, so long as it’s black. 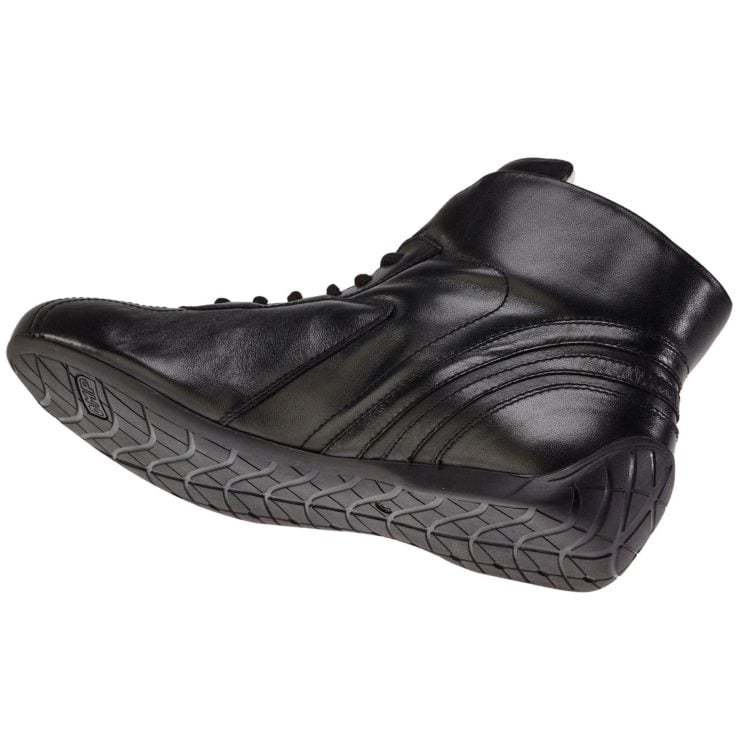 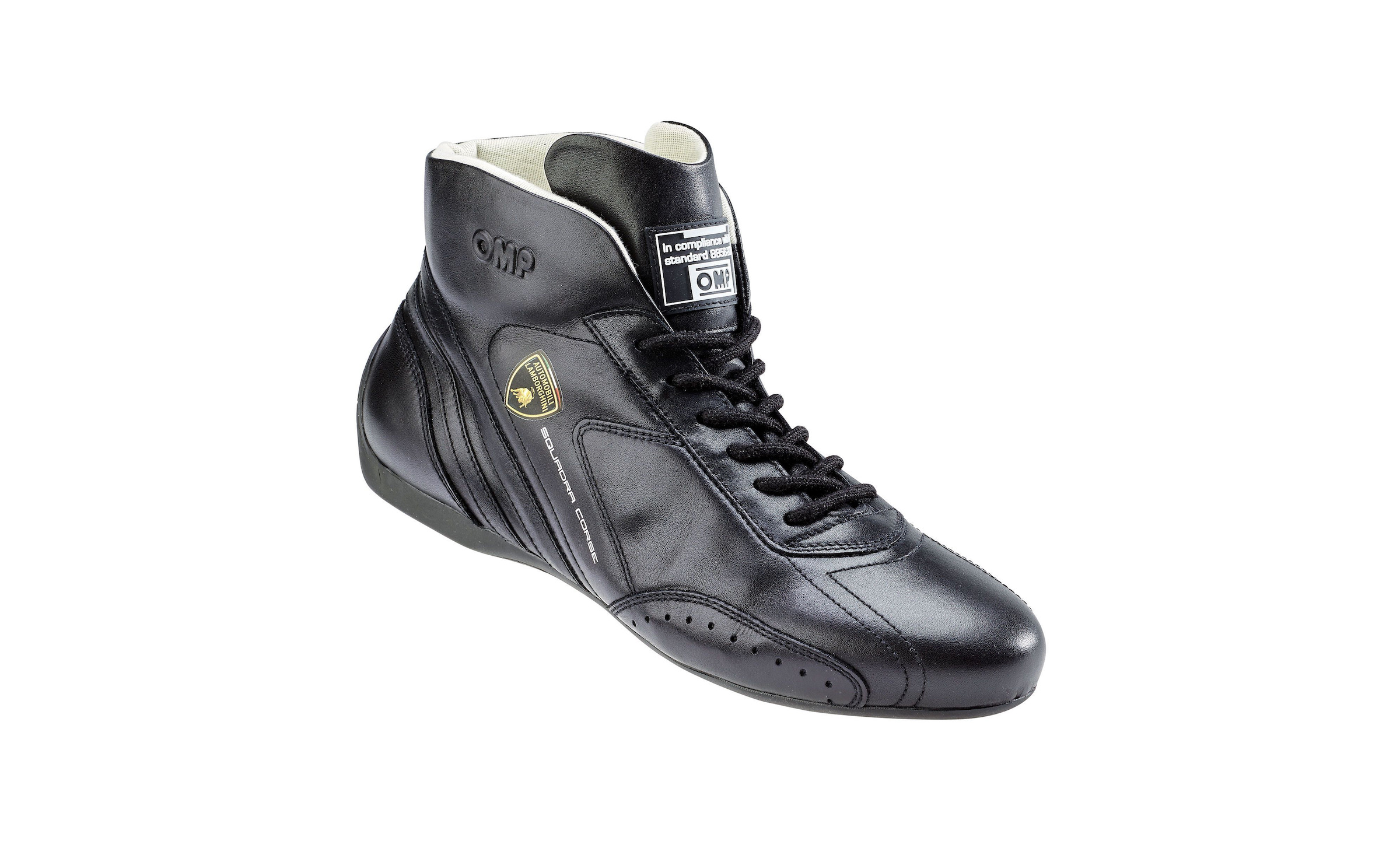